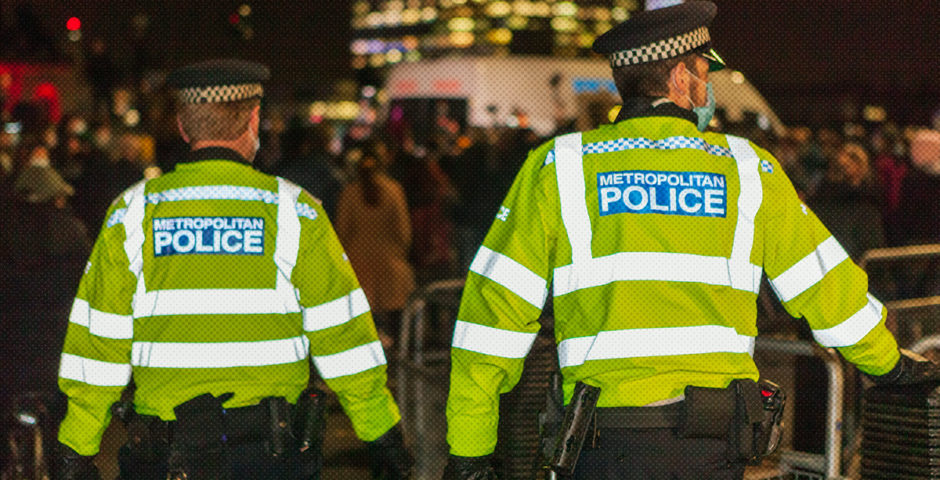 The Metropolitan Police has announced that lone, plain clothed officers in London will now video call a uniformed police officer and ask them to confirm their identity when stopping a woman on her own on the street.

This new process follows the murder of Sarah Everard earlier this year. Sarah was murdered by Wayne Couzens, a serving police officer at the time, who was recently jailed for life after faking the arrest of Sarah and continuing to kidnap, rape and murder her.

The process aims to put the responsibility on the officer to prove they are legit and a member of the Metropolitan Police. But as we saw back in March earlier this year, Sarah Everard’s killer was not pretending to be a police officer, Wayne Couzens was a genuine serving officer. He was exactly who he said he was and his colleagues on a video call would have verified that.

Any lone, plain clothed police officer who engages with a woman on her own will now verify their identity through a new process.

We know we need to regain women’s trust.

We fully accept the onus is on us to verify we are who we say we are & that we are acting appropriately.

In terms of how the video call will work, the Metropolitan Police has said the calls will be made using the officer’s mobile device. The Met said all the local operations rooms have been equipped with a dedicated mobile device to make and receive these calls that utilise a range of popular video calling services including FaceTime, WhatsApp, Skype, Zoom and Google Duo.

And if the officer doesn’t have their mobile device, they will provide the woman with the telephone number to visually call the operations room directly. Allegedly the uniformed supervisor in the control room will conduct the necessary checks and provide reassurance that the officer is who they say they are and that they are acting appropriately. They’ll also ensure the encounter is properly recorded.

The reactions to the Metropolitan Police’s attempt at regaining the trust of women have all been pretty much saying the same thing. And that is the fact that this entire process is tone-deaf and proves no one has been listening to women. One person on Twitter said: “I guess I don’t understand something here: Sarah Everard was murdered by an actual police officer in plain clothes who could confirm his identity, not a man pretending to be a police officer. How is this supposed to make women and gendered minorities feel safer?”

I guess I don't understand something here: Sarah Everard was murdered by an actual police officer in plain clothes who could confirm his identity, not a man pretending to be a police officer.

How is this supposed to make women and gender minorities feel safer? https://t.co/7OTfvmxFUp

Someone else said that this isn’t going to stop officers like Wayne Couzens from abusing their power. They tweeted: “Wayne Couzens would have had his identity verified. This doesn’t solve the problem of officers murdering people.”

Other people are pointing out the obvious, the fact this attempt at solving the issue at hand doesn’t actually solve anything at all. Sarah Everard wasn’t murdered by someone pretending to be a police officer, he was a police officer – this process of video calling a colleague to confirm your identity doesn’t help anyone at all.

Deputy Assistant Commissioner Laurence Taylor said: “It is very unusual for a lone plain-clothed officer to engage with a lone woman. It is simply not how we operate but there are some rare circumstances where this could happen and we want to give all the reassurance we can.

“We know we need to regain women’s trust and we fully accept that the on us is on us to verify we are who we say we are and that we are acting appropriately – that’s why we’ve introduced this system.”

• 77 women have been killed by men in the last six months. How many more need to die?

Feature image (before edits) courtesy of Daniel Samray on Shutterstock.