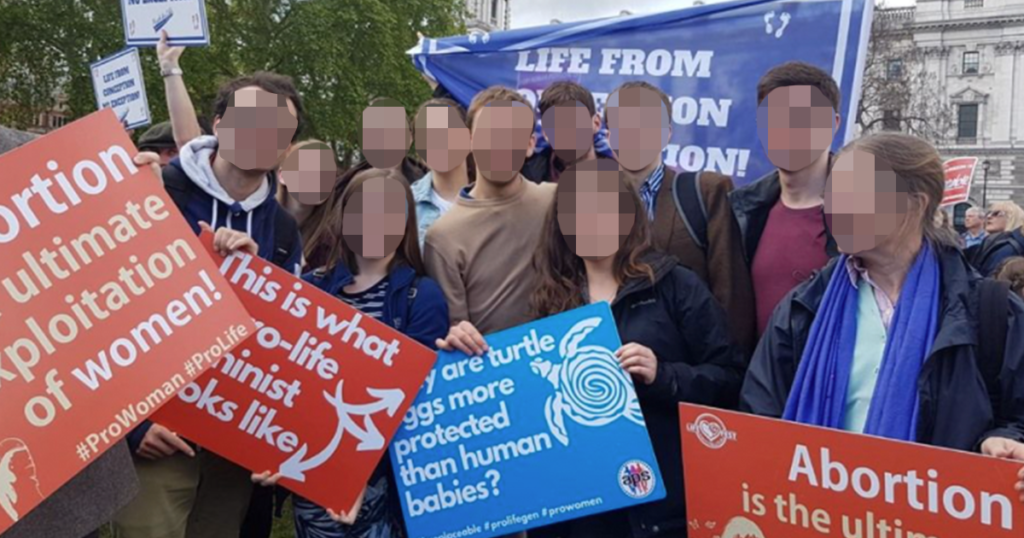 Some students are protesting against the existence of these societies

Nearly three quarters of the Russell Group universities have pro-life societies, often affiliated with, and partially funded by, Students’ Unions.

17 out of the country’s 24 best universities have associated societies that argue against abortion and euthanasia.

Students For Life Durham says: “We exist to create a culture of life for both born and pre-born people in Durham University through discussion and providing a space to explore life ethics.”

Bristol Pro-Life Society ran an event on Monday called “How to End Abortion” and said in one post: “If you’ve taken the first abortion pill, it’s not too late to save your baby! Visit this website for more information on the abortion reversal pill.”

Just this week, students in Exeter were outraged to find out their university has a pro-life society and that it’s partially funded by their Students’ Union. A petition was launched calling for the society to be disbanded and at the time of writing it has nearly 6,000 signatures.

The president of Exeter Students for Life said in an introductory Facebook post on the society’s page: “As a Christian who believes God’s Word is the ultimate authority, I seek to obey Him. God defines abortion as murder, the intentional destruction of a human being made in the image of God. Abortion is part of the rebellion against God.”

The creators of the petition calling for the disbandment of Exeter Students For Life said: “The Student Guild, through bankrolling this society, is enabling individuals such as these to have a stronger platform in which to express their backward and sinister views.”

• ‘Lecturers going on strike will not help students in any way,’ says universities minister