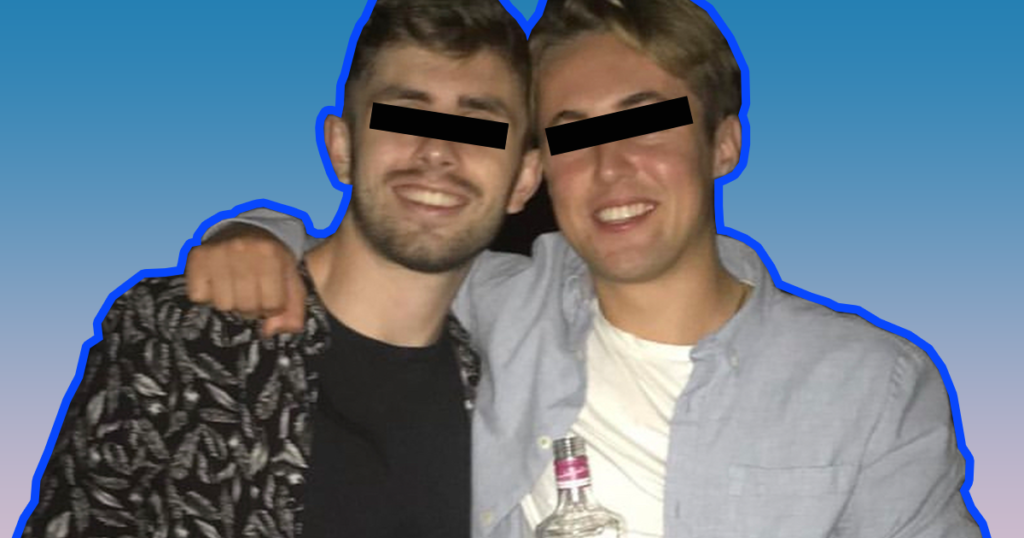 ‘I was glad I ditched her, but I should have done it in a better way’

Dealing with the end of romantic relationships is hard, regardless of which end of the breakup you find yourself on. Luckily, this subject is well-documented in films, TV and books, so basically there’s pretty much a blueprint for almost every possible situation already out there. What’s less talked about is the the moment when you realise that breaking up with a close friend may be your only option.

Sometimes it’s the sad truth that you just have to call it quits on a friendship that isn’t working anymore. Miriam Kirmayer, a clinical therapist who specialises in young adult and adult friendships, told Time: “There’s this expectation that friendships should be easy for adults and that obviously isn’t true for many people.”

The actual act of breaking up with a friend is an absolute minefield. With that in mind, The Tab spoke to five young people on how they went about their friendship breakups to see what advice they have for others going through the same.

Tom and his best friend Alex* had been school mates since they were 15, but when the pair went to different universities, they found out they were very different people. Tom went to London and came out as gay in his second year, while Alex went to university elsewhere and got heavily into the Christian Union.

“I was aware he didn’t exactly have the best attitude towards the gays on account of his religion, but at the time I let it go because, as silly as it sounds, I was insecure about losing any friends after coming out,” Tom told The Tab.

When Alex came down to visit, he’d spout homophobic ideas at pre-drinks and try to engage others in religious debates. Tom’s friends would pull Tom aside. “They would ask me why I was still friends with him and I would genuinely have no answer,” Tom told The Tab.

A few years later, as Tom became more comfortable with his identity, he decided enough as enough. Alex was showing support for homophobic ideas on social media, so Tom decided to confront him.

But when Tom messaged Alex, calling out his behaviour, Alex couldn’t see why it was wrong. Tom was hurt. “I told him I was disappointed in him and never contacted him again,” Tom said.

In the months and years that followed, Alex attempted to get in touch with Tom, who mostly ignored him. Alex still hadn’t acknowledged that he’d been homophobic.

“I don’t regret being mates with him in the first place, because truly we were both different people back then, but I also felt absolutely no remorse or regret about cutting him off,” Tom told The Tab. “Sometimes you have to accept it’s not your responsibility to educate your friends to treat you with a base level of respect.”

Tom’s learned a lot for the experience and has advice for others going through the same sort of thing. “I would say once you know you no longer want that person in your life you need to make a clean break. Don’t be tempted to get back in contact,” Tom said.

After university, Maddy moved city and realised she no longer wanted to be friends with her best mate Chloe, so she ghosted her on social media.

Chloe was left confused as to why her friend no longer wanted to speak to her. “She hated me so much she told me my dead father wouldn’t be proud of my actions,” Maddy told The Tab.

In hindsight, Maddy regrets the way she handled the situation and encourages others to approach a friendship breakup differently.

“You can’t just ghost a friend,” Maddy told The Tab. “It’ll be weird and will probably hurt them. It seems impossible, but if I had been more upfront with her, that would have been better than what eventually happened. I was glad I ditched her, but I should have done it in a better way.”

Megan knew one of her friendships hadn’t been right for a while. “I think you get to a point and an age where you might realise that time is precious and you want to make sure the people you spend it with are making you feel good and energised,” she told The Tab.

That’s why Megan started distancing herself from her friend. She stopped replying to messages and slowly phased out the friendship. “In that situation you need to stick to your guns and even though it might be painful and awkward at first, in the long term it’s for the best,” Megan told The Tab.

When Ellie cut ties with Jake over his controlling partner, she couldn’t have predicted how much it would affect her.

“It was fully worse than a relationship breakup,” Ellie told The Tab. “I still have dreams about us making up and it’s been over a year.”

Dr Carder Strout is a relationship specialist, who explained to Goop why the lasting effects of a friendship breakup can stay with us. “It makes us question ourselves,” she said. “Sadness and anger are likely two of the emotions brewing; there is also fear, guilt, confusion.

“If we feel undermined or betrayed, we may ask ourselves if we knew the friend as well as we thought, or if we misjudged her character. If we ourselves have caused the fissure, we self-criticise.”

Ellie believes that Jake had become disinterested in his friendships and consumed by his toxic relationship so she decided to cut him out her life.

“I would say keep an open mind in terms of forgiveness, but to take a step back guilt-free when the friendship feels toxic and causes you more stress than happiness,” Ellie told The Tab.

Just before Katelyn set off for university, her best friend *Rosie became really negative. “After a while to see if she would change I just was straight up with her saying she was being incredibly negative and it just put a massive downer on me,” Katelyn said. “She took it completely the wrong way and blocked me lol but I was just honest as I could be, and I think that’s the only way to do it.”

Since then, Katelyn and Rosie have reconnected and are now friends again.

On reflection, Katelyn said: “I feel like if you beat around the bush, they’re not actually going to know how you feel – and yeah sometimes you just need a break from some people and i find once you’ve done some growing up you can reconnect.”

*Names have been changed to preserve anonymity

• Clubs are back – but so is drink spiking. Here are your stories