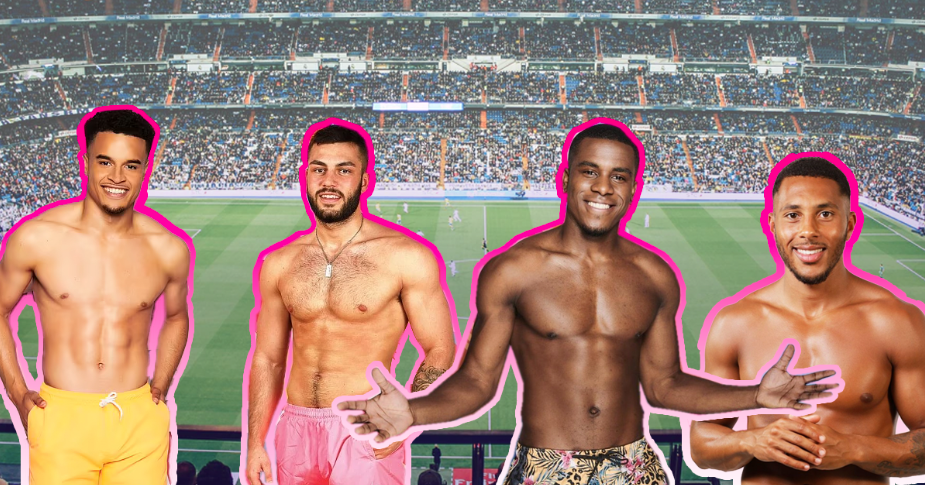 Ranked: Who is the best footballer to ever enter the Love Island villa?

Love Island has seen its fair share of lower league footballers over the years. With new boy Aaron joining Toby in the villa this year, 2021 is possibly the most stacked villa to date.

And while the preponderance of right backs you couldn’t necessarily make a cohesive team out of the players to grace the villa, you could probably get a decent five-a-side squad together.

But who is the best footballer to appear on Love Island ever? We’ve ranked all the contenders, taking into account stats, FIFA ratings, and the levels they’ve played at.

Dennon, who appeared in Casa Amor during season five, is probably the guy you want if you’re in the market for a Love Island footballer. He was a 63-rated right winger on Fifa 18, playing for Crawley Town.

He’s got great pace and has scored 18 career goals. While he started his career at Premier League side Watford, he didn’t get a run-out for the senior side. He now plays at Wealdstone, so he’s probably mates with the Wealdstone Raider. They probably chat about club appearances.

He plays as a right back and was with Wolves before they got good.

He had a rating of 55 in Fifa 18, which is bad, but good for Love Islanders. His stats show electric pace but terrible composure, which might not help him in the villa.

Aaron’s scored one career goal – for Sutton, in the National League, his most recent team.

He’s also got experience of top-flight football, making a few loan appearances for Kilmarnock in the Scottish Premier League.

Centre back Finn played for Milton Keynes dons and then Oxford City, in the national league south. He has three career goals, so is probably quite good at corners.

He’s also in FIFA, with a rating of 51 in FIFA 19. He did have the potential to grow to a 65 rating, which would give him a silver card on Ultimate Team.

His best stats were jumping, strength, and balance, and he had two star skill moves. No fancy stepovers for you, son.

Because of his appearance, Oxford City now include a contract clause preventing players doing reality TV.

As a striker, Mike scored 36 goals in 151 appearances – a respectable return.

In his Stevenage days, he was a 51-rated striker on FIFA with decent pace. He also made appearances for the Cyprus under-21 team – the closest any of the Love Island footballers got to international football.

Luke played as a right back for Darlington. He’s valued at around £33,000 in Football Manager 20, and any steely lower-league managers will remember coming up against him on their rise up the pyramid.

He was actually in FIFA 16 as a 48-rated player. His great work rate and determination obviously saw him good in the villa.

Mike had a stint at Sheffield United, where he played alongside England heartthrob Dominic Calvert-Lewin. However, while one had a minor role during an unsuccessful European adventure, the other now plays for Everton.

Boateng was released by the Blades in 2014, and went on to play for non-league team Eagley Football Club.

Well who’d of thought it! Our very own Eagle Mike Boeteng competes in this years @LoveIsland Good luck Mike hope you do well 👍 pic.twitter.com/KNsLQEX9ue

We can’t find a record of him on FIFA, likely due to the fact he was a youth player.

I mean, he does play for a YouTube team. But Hashtag United are currently in the Ithsmian North League, six tiers below the Premier League. So they’re not terrible, but not great either.

• The most iconic and cringeworthy Love Island entrances of all time