The first season of Drag Race Down Under will be remembered for all the wrong reasons. But it has one major decision left to make that will really solidify whether Down Under is a write off or worth giving another chance.

The first winner of Australia and New Zealand’s own version of Drag Race should be someone they can be proud of. Someone who represents the best drag they have to offer, and is an amazing ambassador of the nation’s values and queer community. With that in mind, there’s only one queen left who can do that. 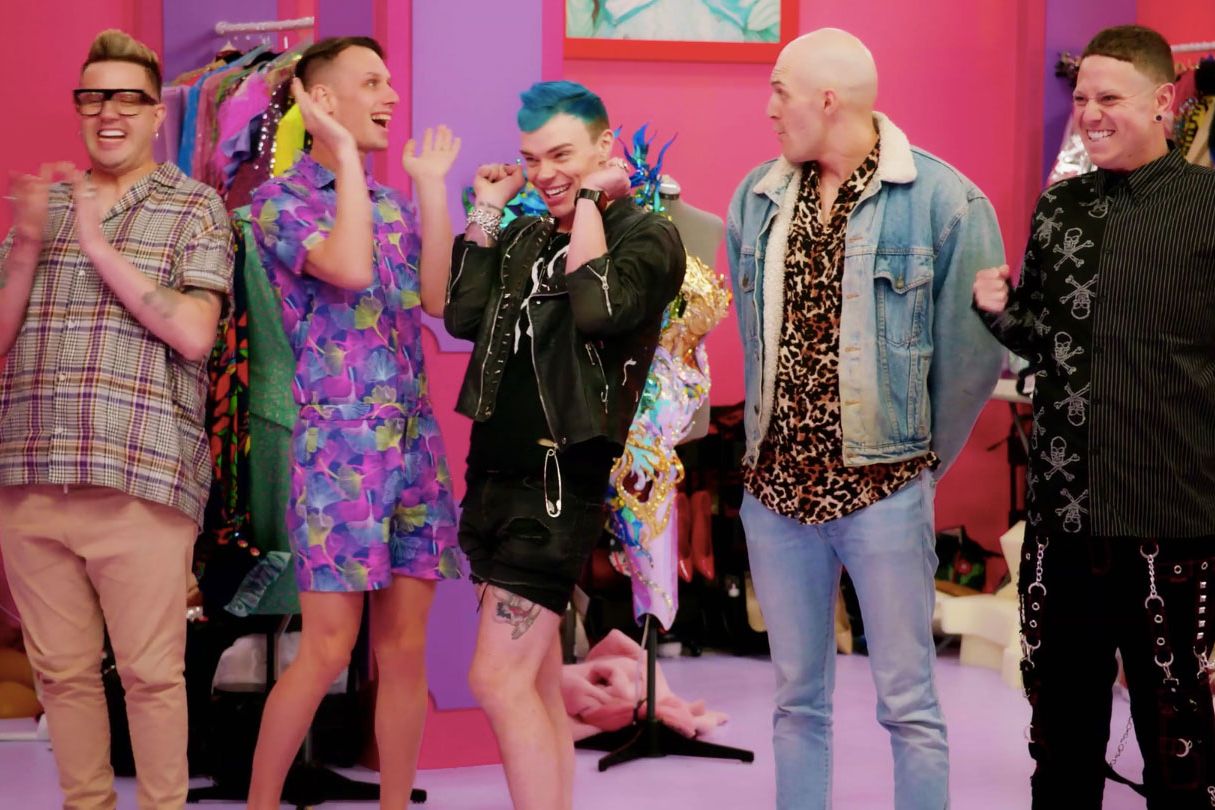 It didn’t have to be like this, and if the judging didn’t feel so full of favouritism and preplanned decisions we could have had a top four to be really proud of. Anita Wigl’it was an instant fan favourite eliminated way before her time after winning Snatch Game, nailing her Queens Down Under verse and then unfairly going home for a dress made of book pages being deemed as unoriginal. Etcetera Etcetera was deserving of more: she was the queen who vocally called out Scarlet on her blackface and brought a fresh and educated political edge to the werk room, felt like a new generation of fresh air and opinion and was amazing non-binary representation in the Drag Race Down Under mix. 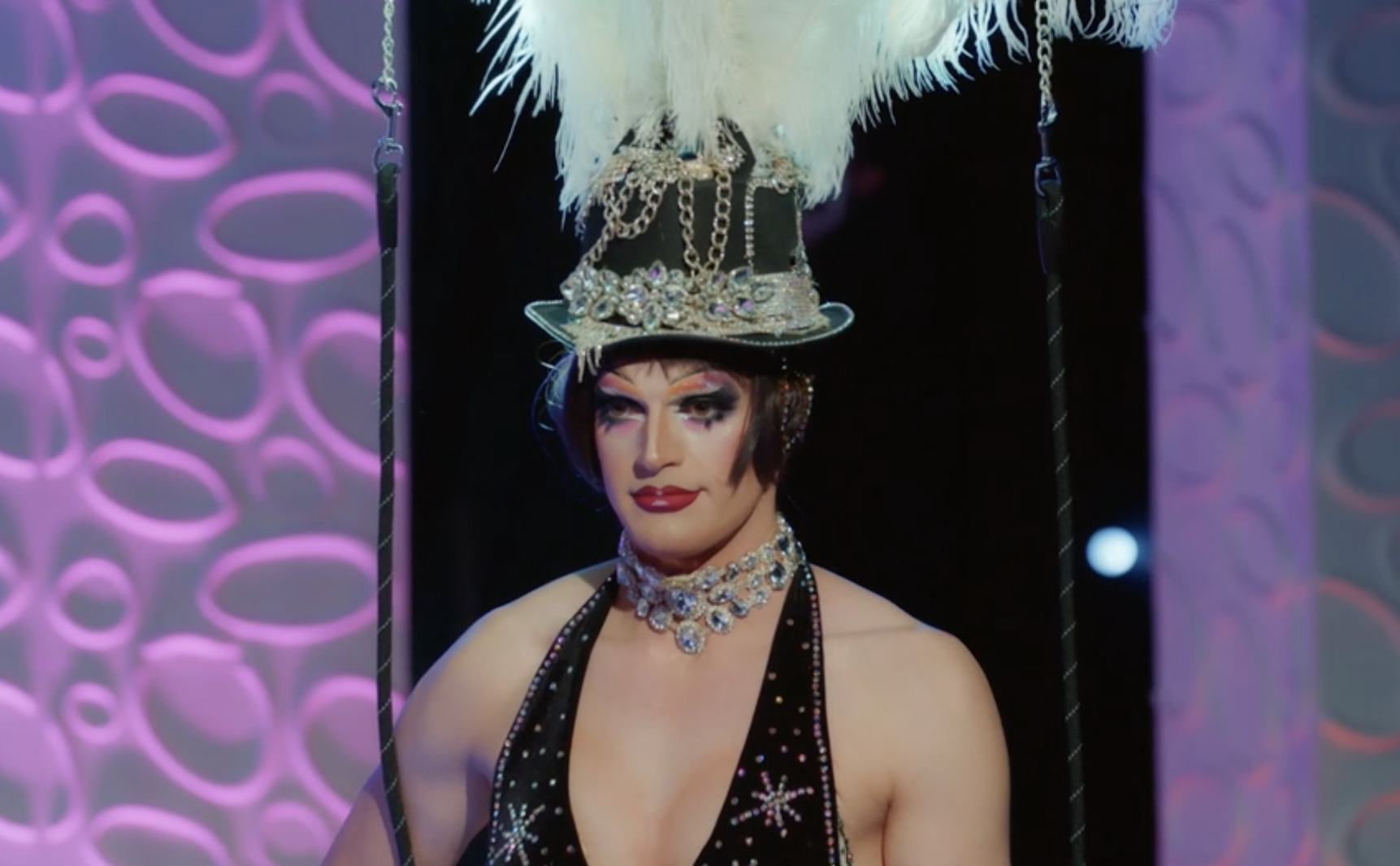 She had the ultimate underdog storyline. A rough ‘n’ ready queen that the other competitors had never heard of and underestimated at every chance they got. Scarlet and Etcetera were outright mean to her in the werk room, but she persevered. She got unfair critique in the girl band challenge after KILLING IT and being told she was too Beyoncé. Because apparently, in the world of Drag Race Down Under, being compared to Beyoncé is something to be criticised over.

But the Elektra injustice had never been more apparent than it was after this week’s talent show episode. Elektra Shock was the most talented queen on the stage, did one of the most beautiful contemporary performances done in a Drag Race talent show and absolutely brought it with her runway look. And got sent home for it. But it didn’t matter what she did on the stage that night. She could have done the best drag anyone had ever seen in their lives, and the production of Drag Race Down Under makes it feel like she’d have been eliminated anyway.

Production were steering for the top four we have. But out of that four, only one of that four deserves a crown.

It can’t be Scarlet Adams 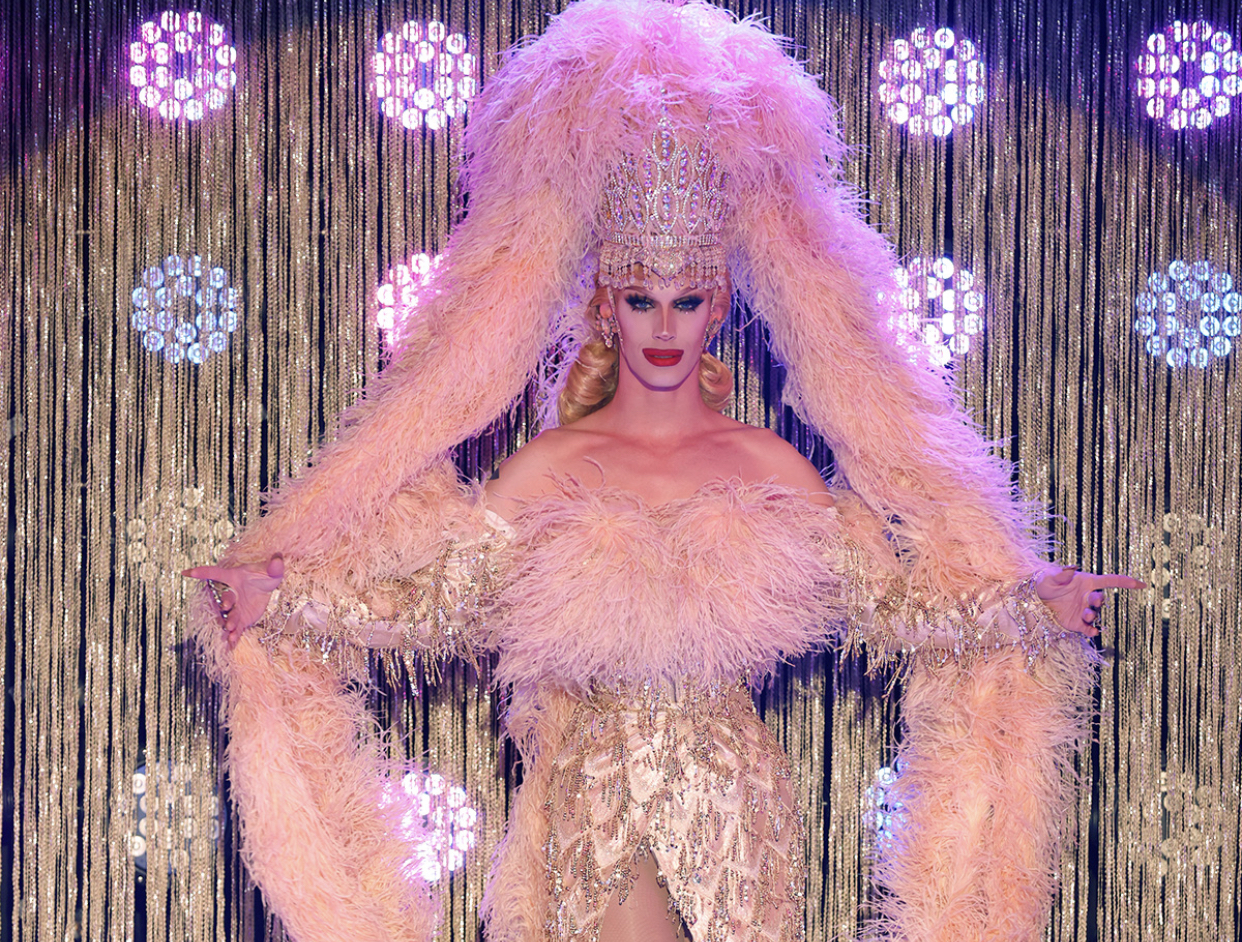 Scarlet Adams is unquestionably a fierce competitor. In the talent show, her pole work was jaw dropping and her feathery showgirl runway was high drag.

But her racist past was left unresolved and without consequence. How can anyone root for Scarlet in good conscience? Drag Race Down Under treated her blackface and cultural appropriation as an obstacle for her to overcome on the way to the finale. They treated it like she was overcoming tired Drag Race tropes like the “inner saboteur” or “resting on pretty”. But performing in blackface and being called out for racism isn’t something that can be brushed over, and that makes Scarlet nigh impossible to root for.

I don’t know why Scarlet Adams was cast. Did casting directors not vet queens backgrounds beforehand? It’s not my place to forgive anyone’s racism, but if Scarlet is taking steps to educate and atone for her past she shouldn’t be doing that with a crown on her head.

It can’t be Karen From Finance 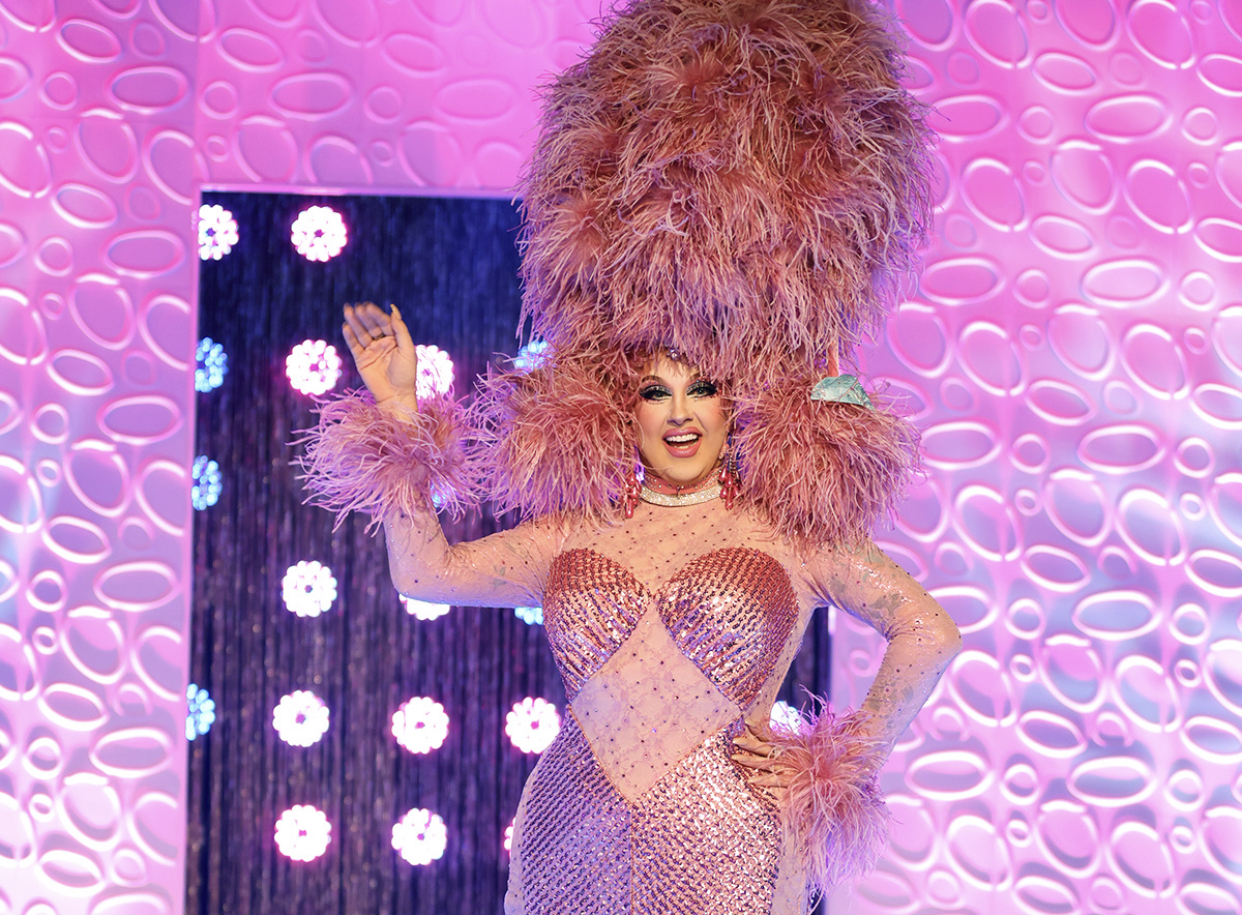 Karen From Finance was a queen from down under that most drag fans already knew. Trixie and Katya had name dropped her many times on UNHhhh and with a name as fun as hers it’s easy to say why people’s interest was piqued.

Drag Race Down Under production clearly knew this when casting, and the whole season it’s felt like Karen has been tipped for top four and general Drag Race success.

But the fact of the matter is, Karen’s not as great as the legacy of her name might have had people hoping. She’s blundered numerous challenges. Her verse in Queens Down Under was dismal and her design challenge was so simple. Her talent show was bad. She has deserved to go home on numerous occasions, but seems to have had a one way ticket to the top four no matter how she performed.

Add on that Karen’s golliwog collection past and her golliwog tattoo that she proudly did an interview defending in 2016 that STILL hasn’t been addressed on the show and you get a winner that is not only undeserving, but that would feel morally wrong and at odds with Drag Race’s values.

It shouldn’t be Art Simone 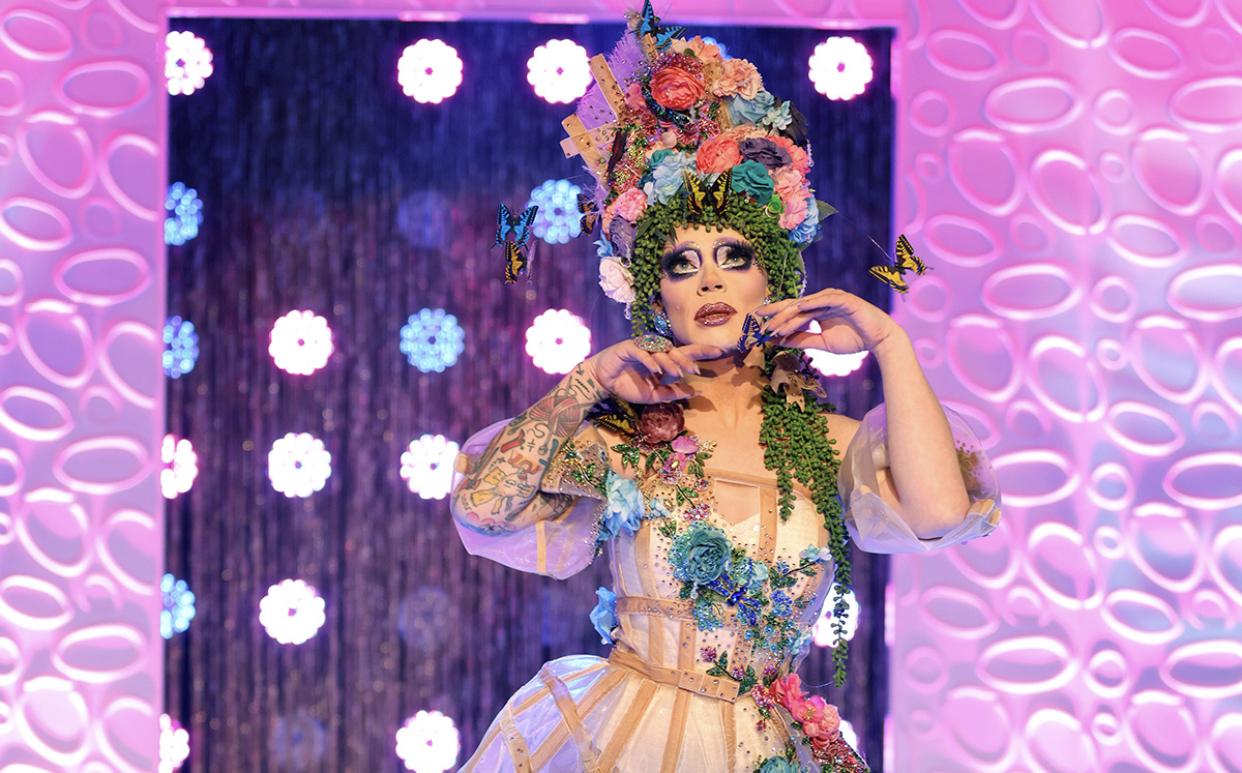 Art Simone is a talented queen, but a win for her would simply feel unfair.

We still have had no answers or validation on why she was brought back into the competition after being eliminated, and it still feels as wrong as it did back in episode four. Art didn’t have to win or prove anything to re-enter the competition, it just… happened.

How is that fair? It’s unfair on any of the eliminated queens who didn’t get the same chance. It’s unfair on the queens who remained in the competition that Art got to miss a week and just carry on competing. And it’s unsatisfying television to crown a contestant when it doesn’t feel valid that they’re still there.

It’s not Art Simone’s fault, and I feel sorry for her because it’s a move from production that has counted against her. But it doesn’t mean she should be a Drag Race winner.

Just give the crown to Kita Mean 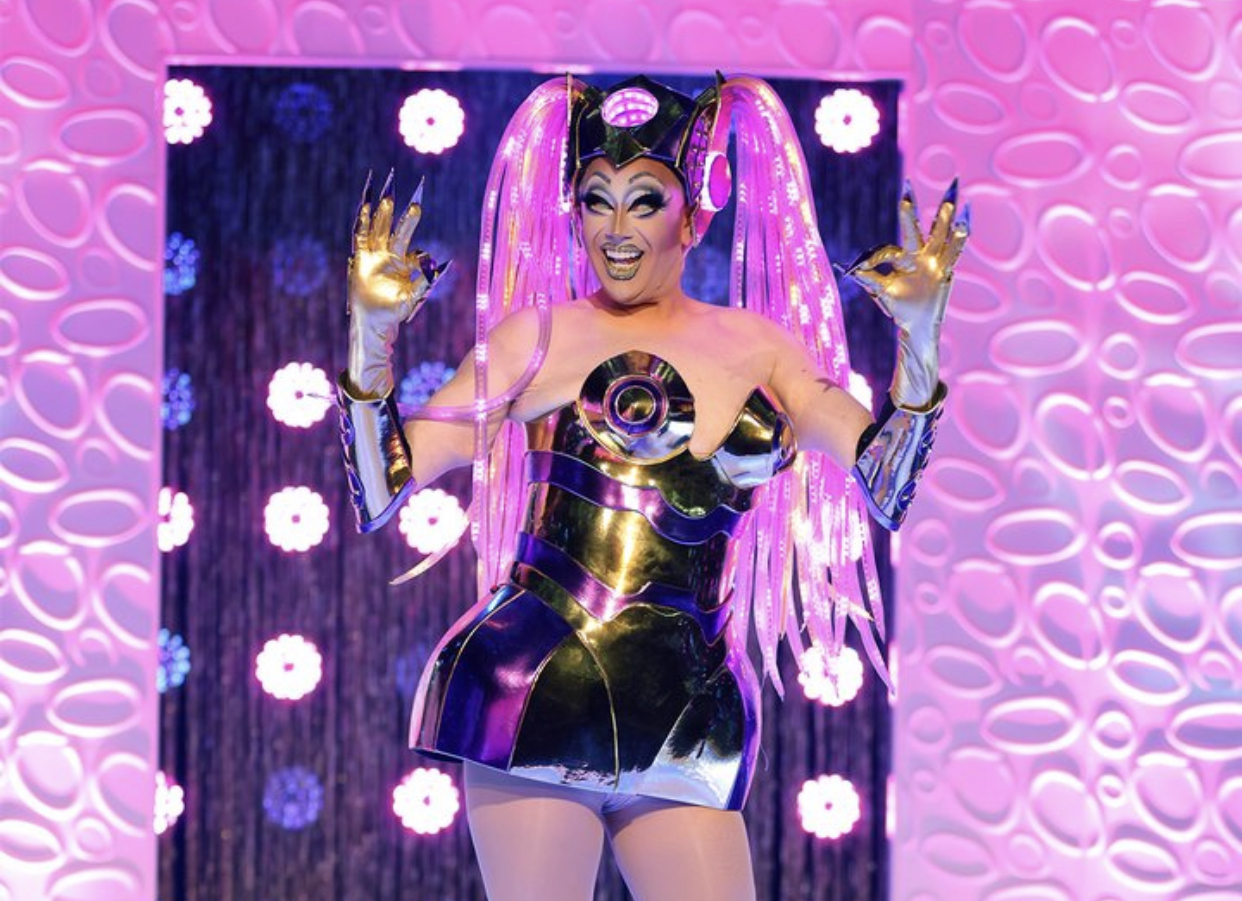 At this point, the only satisfying winner is Kita Mean.

She’s performed fairly across the whole competition. She nailed her girl group verse on Queens Down Under, she annihilated every other competitor in her makeover challenge. She’s been a fun presence throughout the whole season, has performed well without feeling like production was carrying her through and is a likeable and seasoned ambassador for the franchise.

Her bottom two placement this week was outrageous to say the least. Her tricks and costume changes talent show performance was incredibly impressive, and her Rain On Me video, Chromatica era vibes runway look was my favourite look on Down Under yet.

The crown deserves to be Kita’s. And if it isn’t, season two of Drag Race Down Under might as well be left on the cutting room floor.

• Drag Race Down Under addressed Scarlet Adams’ blackface, but where was the consequence?

It’s not looking good for Newcastle and Edinburgh

This sound plays on loop in my head all day!!

Can Olivia and Alex adopt me?

It’s apparently not a fashion statement

No please don’t get back with your cheating ex, you’re too sexy aha x

Pears, four cats and fake eyebrows: The filming secrets of The Princess Diaries

There are so many Pretty Woman references

Who is Sasha Attwood? Jack Grealish’s MUA and YouTuber girlfriend from Birmingham

When Jack was playing in the Euros, she claimed she received 200 death threats a day

QUIZ: Which iconic Black Widow sister are you, Natasha or Yelena?

We can’t all be Yelena

Which guy from Outer Banks would you be with? Take this quiz to find out

I just want what Sarah Cameron has, okay?!