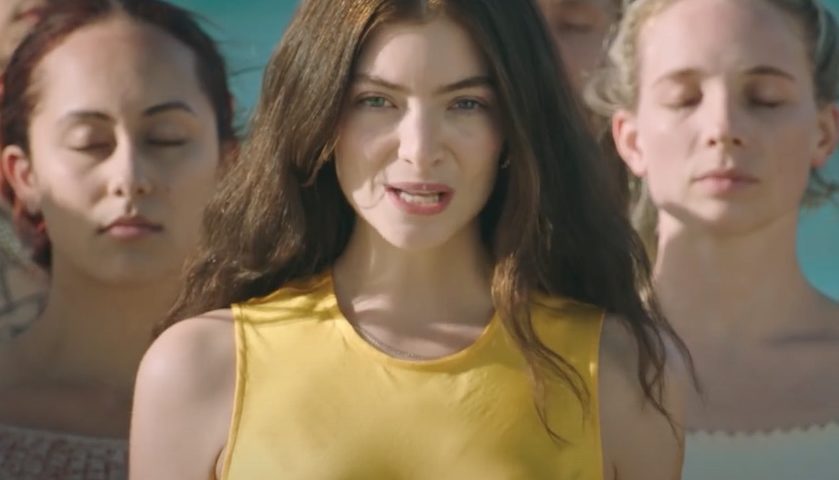 Before David Bowie died, he called Lorde “the future of music”.

High praise indeed, especially from an artist who arguably pioneered the future of music that we now live in. There’s just something so special about Lorde, and there always has been.

When the world first heard Royals, we were enamoured. This 16 year old New Zealander growling these incredible lyrics at us with a distinctive mane of curly hair, Lorde sounded like no one else in the charts at the time. She just had it – she felt wise beyond her years.

When she released her debut album Pure Heroine, it became a favourite of music fans across the globe. With singles like Tennis Court and Team following up the huge success of Royals, Ella Yelich-O’Connor shut up any naysayers who might have written her off as a one hit wonder. The whole album was brimming with teen angst and vivid imagery thanks to her incredible talent for writing lyrics.

How did she top it? With 2017’s Melodrama. Jesus Christ. What a record!

Melodrama built on the greatness of Pure Heroine in every way. Green Light was a triumph and a break up anthem for the history books, Liability is one of the saddest ballads ever written and the whole concept of Melodrama being all the moods you go through at a party made it resonate even harder in lockdown, where euphoria and all the intense emotion that comes out of partying was stripped from us.

Where did she go from there?

Solar Power is her first single in four years and is brimming with everything you want from a Lorde release. Euphoric, sharply written and immaculate hot girl summer vibes. Her third album, also called Solar Power, will be out sometime this summer.

But how well do you know Lorde’s back catalogue? Do you know your Yellow Flicker Beat from your Perfect Places? Take this lyrics quiz and find out how big a Lorde fan you really are!

• They’re all over your TikTok, so finish the lyrics of all these Olivia Rodrigo bangers