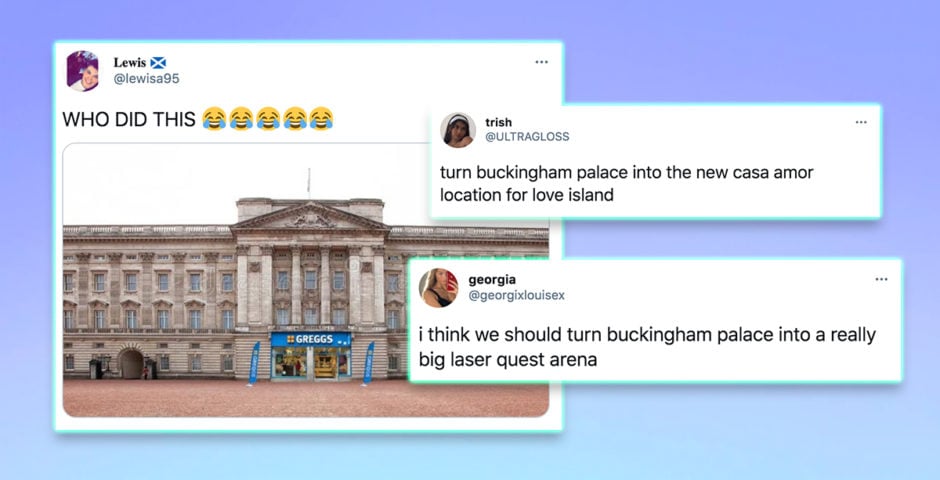 After the interview Prince Harry and Meghan Markle did with Oprah aired on ITV last night, #AbolishTheMonarchy began trending on Twitter. People then began to speculate, if the monarchy was no longer a thing, what we could turn Buckingham Palace into – and enter the memes.

In what’s been described as a “bombshell” interview, Meghan and Harry shared their experiences of what they say really happened to them with the royal family, and when they stepped back from royal duties. Meghan said racist comments were made about their son Archie, they were denied security, and Harry even went on to say his father, Prince Charles, wasn’t answering his calls at one stage. It’s no surprise people were talking about the monarchy soon being over.

Here are the best memes of what people think we should turn Buckingham Palace into. At the end you can even cast your vote, you know, just because why not?

1. You’d get lost all the time but the stock would be INCREDIBLE

They should turn Buckingham Palace into a big Tesco

turn buckingham palace into a woolworths

3. JUST LOOK AT THIS BEAUTY

5. Ok we do need some sensible suggestions too

6. Now THIS is useful

7. God think how far away the toilets would be in Buckingham Palace spoons

8. Ok so just put it on the market for our entertainment? I’d watch

11. ISLANDERS CAN YOU ALL GATHER IN THE DRAWING ROOM 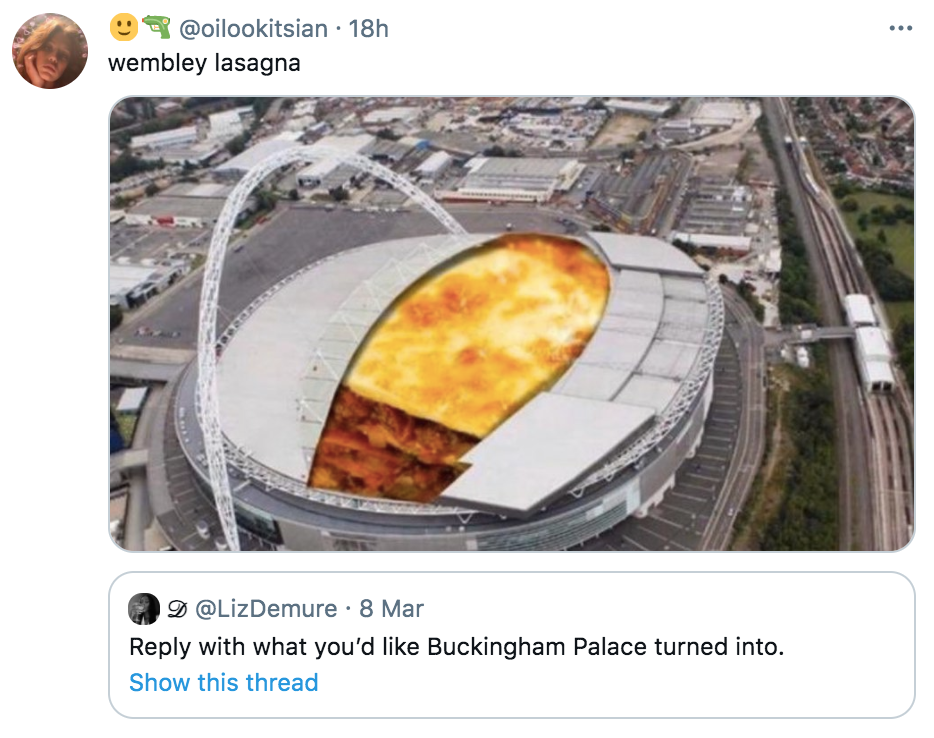 17. The ultimate end for it

Turn Buckingham Palace into a The Crown Secret Cinema

18. This would be chaotic

19. Someone start a petition for this pls x

they should turn Buckingham Palace into a massive bookstore

They gonna make Buckingham Palace into a Boxpark

What I think should happen to Buckingham Palace pic.twitter.com/LcT8gnBakb

replace buckingham palace with one of these pic.twitter.com/Eb5Fv9zImm

25. This would be a LANDMARK

26. Only if adults are allowed in too

It's high time to #AbolishTheMonarchy and make some use of Buckingham Palace pic.twitter.com/K0HroLBMJP

28. Just thinkin about all them plants x

Me in Buckingham Palace Gardens when it’s turned into a B&Q pic.twitter.com/nwcZ746CcP

People are saying they want to turn Buckingham Palace into a Greggs, into a homeless shelter, into a queer bar, into a Tesco Express, into affordable housing, and honestly, people, it's *Buckingham Palace*.

It's big enough we don't need to choose; it can be all those things!

Ok so let’s vote from some of the best memes, what do you think we should turn Buckingham Palace into?

• Harry and Meghan net worth: Ok, so how much money does the couple actually have?

• If you’ve become obsessed with all things royal, here are eight shows like The Crown