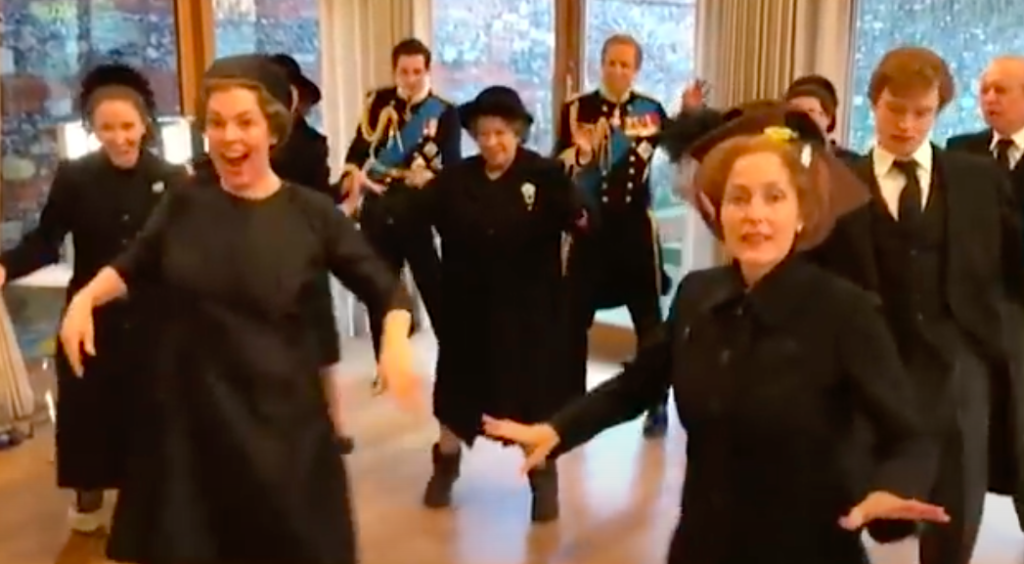 I need you to stop what you’re doing and watch this frankly adorable video of The Crown cast dancing to Lizzo. And no, this isn’t just Olivia Coleman and Josh O’Connor doing a jig to Good As Hell – this is a full cast routine. The Crown Lizzo video has done the rounds and for good reason, because trust me when I say it’s the best video you will watch today.

The video, which Gillian Anderson said was “never meant to see the light of day”, has basically the whole cast in, except Emma Corrin. There’s Olivia Coleman and Gillian Anderson taking front stage, Queen Anne and the Queen Mother in the centre, and then the pièce de résistance: Prince Phillip and Prince Charles at the back absolutely nailing it. If Lizzo is looking for dancers for her next tour, those two should surely make the cut. 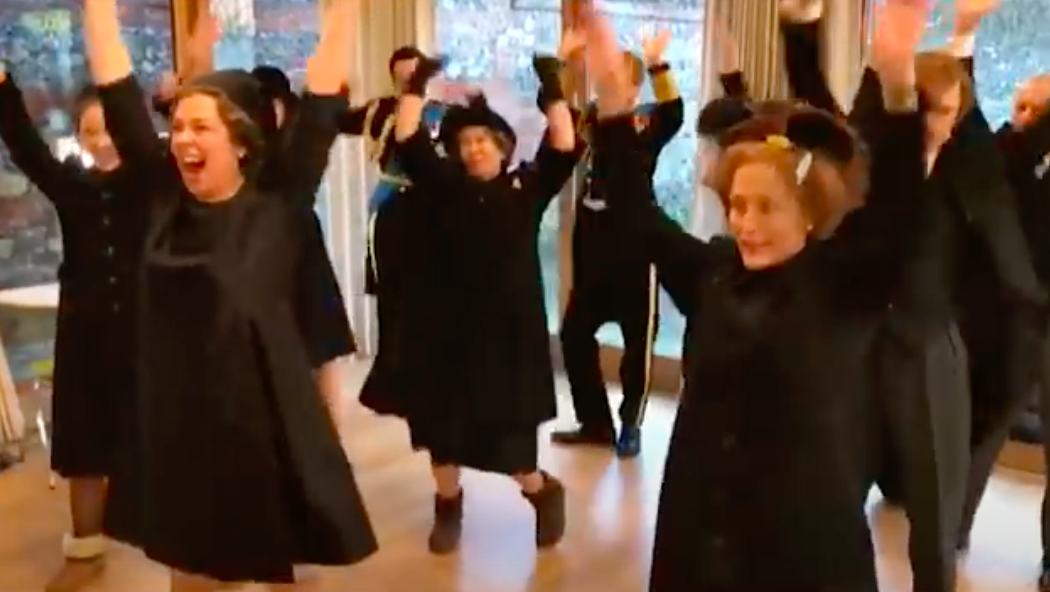 The video was originally filmed for Olivia Coleman’s friends, who she goes to dance class with. Olivia, who plays The Queen in series three and four of The Crown, asked the rest of the cast if they’d want to learn the Lizzo routine and video it for her friends’ amusement (and now ours, thank God).

Gillian Anderson told the Seth Myers shows: “Olivia apparently does a dance class in the area that she lives with a bunch of friends, on a regular basis, and the last time she did the class, they had danced to that Lizzo song.

“She asked if we would happen to be interested in maybe doing it, and she would video it. And then she would just share it only with her friends ― the other dancers. So it was never meant to see the light of day.”

Watch The Crown dancing to Lizzo video below (skip to 2:35):

The Crown is available to watch now on Netflix. For all the latest Netflix news, drops and memes like The Holy Church of Netflix on Facebook.

Related The Crown stories recommended by this writer:

• Here’s the real story behind Michael Shea, the Queen’s press secretary in The Crown

• How do you play Ibble Dibble? The deeply posh game in The Crown and Chalet Girl