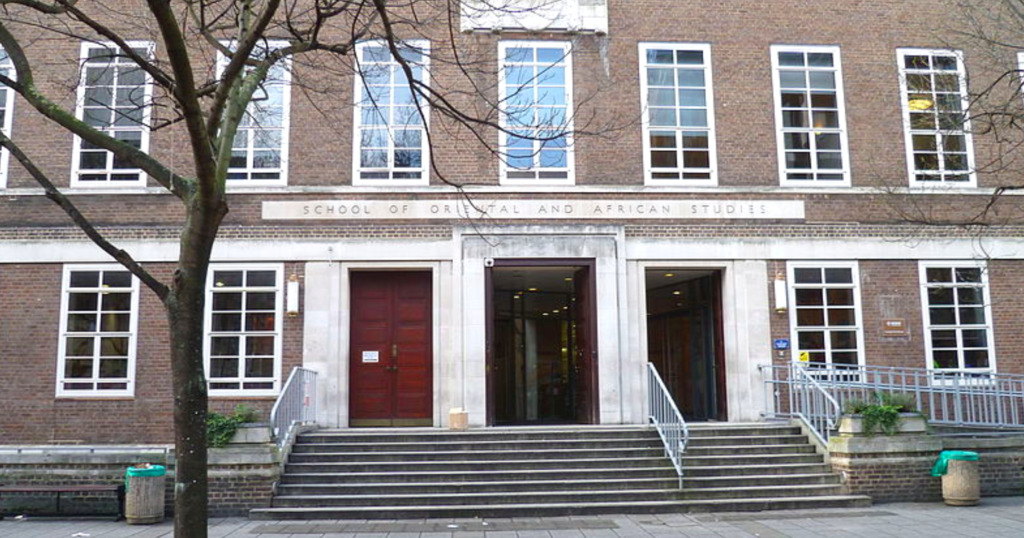 SOAS refunds student £15,000 in fees after complaints of a ‘toxic antisemitic environment’

SOAS repaid a student £15,000 after he dropped out due to the “toxic antisemitic environment” at the university.

The Guardian reports Noah Lewis formally complained to the university in 2019, claiming his mental wellbeing had reached breaking point due to experiences of antisemitism whilst studying. Noah said he was called a “white supremacist Nazi”, and that students who were pro-Israel were called “Zionists”. Antisemitic graffiti was also found on lockers and on the walls.

Noah eventually dropped out of SOAS due to the personal increase of stress and anxiety, and moved back to Canada, requesting the university refund his fees.

Noah sought legal advice from UK Lawyers for Israel. In July 2019 the university offered Noah £500 compensation due to the “emotional trauma” experienced, but Noah appealed.

In March 2020, an appeal panel said the original investigation into Noah’s complaint was not adequate, and called for an external reinvestigation.

According to UK Lawyers for Israel, Noah received the £15,000 repayment in December 2020.

Over the past two years, there have been 123 reported antisemitism incidents across 34 institutions. The universities where five or more antisemitic incidents in the past two academic years were reported are Coventry (14 incidents, 13 of which took place at the University of Warwick), Birmingham (13), Leeds (11), Nottingham (nine), Bristol (seven) and Leicester (five).

A spokesperson for SOAS said: “SOAS is extremely concerned about any allegations of antisemitism at our School. Diversity is key to the SOAS mission and we want all our students to feel welcome and supported in their studies. We have a robust student complaints and appeals process, but we cannot comment on any individual student case or the outcomes of any appeal. However, where we have established an independent panel as part of a complaints process, we would of course consider the findings of such a panel thoroughly and take appropriate action.

“We will be continuing to develop our offering in interdisciplinary Jewish Studies, with new opportunities opening up for collaboration across the institution as we transform our curricula and strengthen our international engagement.”