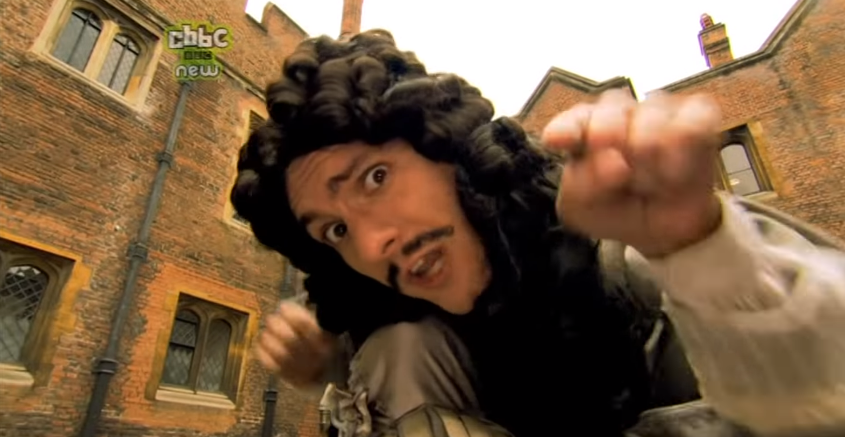 It’s a well-known fact that Horrible Histories was the elite CBBC programme, and every time you saw it was next on TV, your day would be made knowing it wouldn’t be long before you’d hear the banging theme tune, “Terrible Tudors, Gorgeous Georgians…” etc. But the bangers don’t stop there. This might possibly be one of the most controversial rankings because Horrible Histories meant a lot to our generation.

From Stupid Deaths, to the “but not for long!” weather presenter, every aspect of Horrible Histories was comedy gold. Although there would always be a moment of sadness every time the show came to an end, an absolute banger would round off the programme, reminding us why we loved (and still do love) the show so much. To this day, I’m not sure if it’s the witty historical lyrics or the catchy tunes that make the Horrible Histories songs so good, but they certainly deserve a top 10 list:

The main reason this song made the top 10 list is that I can still remember how each of Henry VIII’s wives died, purely because of this tune. Honestly, Horrible Histories taught me more than my entire education at school ever did. However, it is a bit of a bop (and who doesn’t like a song that can help in their A-Level History exam?).

A true icon, Boudicca describes how she won’t let people (mostly men) push her around, singing “You won’t get far, with Boudicca”. Although not as much of a jam as the others, Boudicca definitely deserved a place on the list because of her bad-ass attitude.

Just when you thought Matthew Baynton (yes, that’s his actual name) had perfected every historical character, he then brought us this. Matthew as a dramatic Charles Dickens/Morrissey, need we say anything else? Everything about this is so accurate it’s hard to believe how they managed to pull this one off.

7. Pachacuti – Do the Pachacuti

Oh look, it’s another one on the top 10 list with Matthew Baynton as the star of the song, what a surprise. This uplifting tune really works well with the gruesome lyrics “I drink from their skull” that Incan Lord Pachacuti sings while using a bone as a flute. You wouldn’t expect any less from Horrible Histories.

Just when you thought Lady Gaga’s music couldn’t get any better, Horrible Histories came through with this one. With references to “Gaga” and “Bad Romance” this is truly a banger combining two 2012 icons, Gaga and Horrible Histories. How do they do it?

Is that Eminem or Charles II? It’s “the King that brought back partying”. Honestly, Charles II sounds like he’d be sick at a uni house party. You can just tell he’d be the kind of person who’d be up at 3am and still going. This is probably the most iconic rap of 2012 tbh. Forget learning the lyrics to a Stormzy song, this is the only rap you’ll ever need to know. If you don’t know all of the lyrics to this then you’re not a true Horrible Histories fan. Just saying.

You can keep all your 80s cheesy rock ballads, if it’s not the Vikings with “Literally” then I’m not interested. This song resembles a Eurovision classic and I’m here for it. The absolute rock gods belt out a ballad from a Viking ship whilst using axes as guitars. What could be better?

Now this song is absolute genius. Even the title is iconic. If this came on in a nightclub our whole generation would deffo be straight on the dancefloor. The Bee Gees are shaking.

Move over Take That, the only real boy band we need posters of in our bedrooms are these absolute dream boats. Don’t even get me started on when Matthew Baynton (everyone’s crush in 2011 let’s be honest) bites his lip at the camera while singing “I was the bad one”. It’s TOO much. The fact they did this at BBC Proms as well just proves how iconic this song is.

Everything from the eyeliner Matthew is rocking to the Adam & The Ants guitar riff and drums makes this an absolute Indie anthem that I would literally add to my Spotify playlist if I could. Our 12-year old selves couldn’t handle it. Probably Matthew’s peak in Horrible Histories, this song is the ultimate banger.

• Horrible Histories was the best show on TV, you can’t change my mind

• VOTE: Which bizarre CBBC show was categorically the weirdest?