Sometimes awkward, sometimes creepy and sometimes the most traumatic experience you have ever witnessed, uni house viewings are full of unpleasant surprises.

If you’re in your second or third year then you’ve inevitably experienced one these infamous excursions. Whether you were an innocent fresher excited to see what next year’s lush student living had in store, or a fed up second year reluctant about moving in the first place, these viewings are often quite eventful, to say the least.

The Tab spoke to some students who have undoubtedly experienced the most traumatic house viewings known to man, and even I’m shocked.

‘We walked into a pitch black room, where the whole family were sitting in silence’

“It was a winter night and all the curtains were drawn. The house viewing was bizarre anyway, with a random phone lying on the toilet seat? Next thing we know, we walk into the lounge where the lights were off.

“So, we turned them on and the entire family were just sat on the sofas in the pitch black. It was absolutely silent and then one of them just said ‘hi’. We were literally in shock and just walked out like surely that didn’t just happen. Needless to say we did not buy.” – Hayley, London

‘His girlfriend was under the covers’

“On a house viewing we walked into someone’s room whilst his girlfriend was under the covers. She then raised her head from the covers, wiping her mouth. Very cringeworthy indeed.” – Tom, Lancaster 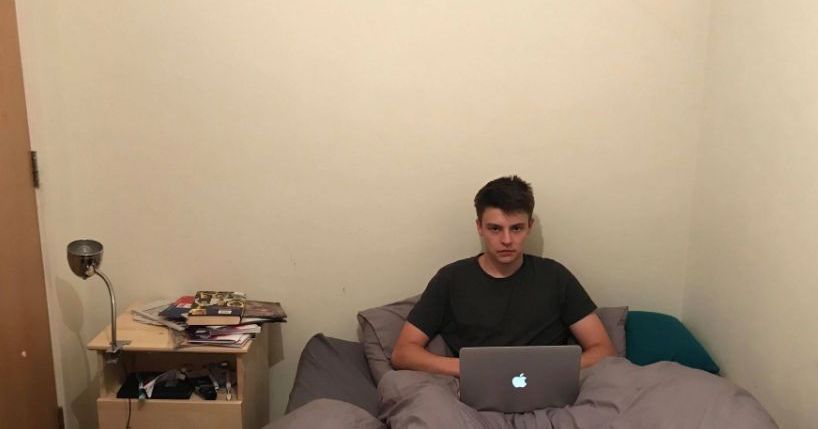 “I arrived and for a start the flat stunk. It smelt like thick sewage and I literally almost didn’t even walk in. We got shown up the flat by the estate agent who could obviously smell it too because he was just like, ‘I’ll leave you to it, you can walk yourself around’, and literally stood in the doorway. The flat was dead silent so we assumed that the tenants were out, but then we walked into the kitchen and there was this huge broth of just bones stewing on the stove. It was huge, like literally a cauldron full of water and bones and it STANK.” – *Sophie, London

‘The guy living there offered us drugs’

“I went to a house viewing once and there was a guy in the room smoking up. I didn’t ask but the guy living there looked at us surprised and then just offered us some. The lady showing us the property just closed the door and continued as normal. I didn’t end up living there but it was honestly the weirdest house viewing ever.” – Carlota, Royal H0lloway

‘The house’s front door had a boot mark on it’

“We viewed a house that was opposite a homeless shelter, and whilst walking down the street we noticed that the house’s front door had a boot mark on it as if someone had kicked it in. Next thing we know, someone ran out of the shelter screaming and shouting down the street.” *Jack, Lancaster

‘They were frying an egg on a plain stove’

“In first year I went to the most disastrous house viewing ever. We walked in straight to the kitchen and we saw that the people living there were in the middle of making breakfast. They were frying an egg on a plain stove. Literally- no pan, no foil, no oil even. It was bizarre. It only got worse from there and it genuinely felt like we were being pranked.” – Talia, Nottingham 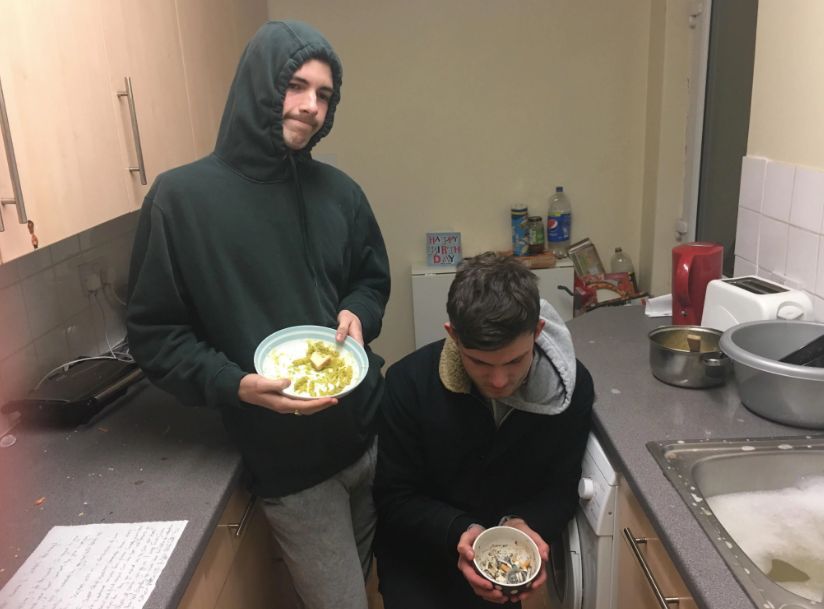 ‘The landlord told us we couldn’t live there, even before we’d finished the house tour’

‘In second year we went to view this house and the landlord told us we couldn’t live there, even before we’d finished the house tour. Half way through the viewing we just got told by the landlady that she didn’t think we were suitable and that we had to leave the house immediately. She was just super selective and just told us that she ‘handpicked’ who could stay in her house. She was a snobby bitch.” – Declan, Exeter

• Why is it you only find these odd things in a student house, but literally nowhere else?

• Everything gross about living in a student house