Throughout the years Alison Hammond has undoubtedly become one of the most iconic personalities on TV. From her debut on Big Brother to her interviews on This Morning, her effortless sass and banter have often left audiences in literal tears.

To be honest, I would quite literally lay down my life for Alison Hammond, and after seeing her top magic moments you probably will too.

When she pushed someone in the river

It feels only right to start off with this absolute banger. For This Morning’s 30-year anniversary, Alison Hammond was on the Albert Dock ready to present the weather.

As Alison jumped graciously from England to Northern Ireland on the floating map, she managed to push one of the men helping her face first into the river.

Absolutely distraught at her accidental mishap, she shouts “Oh my gosh. Are you alright? Oh my gosh. I’m so sorry! GET A ‘TA-IL!’ (towel)”.

In a special edition of a This Morning mother’s day surprise, a lucky viewer, Jill Hatton, was treated to a visit by none other than Alison Hammond and Ainsley Harriott.

This iconic scene, where Ainsley Harriott enters Jill’s home shouting the immortal line, “Why hello Jill!” went viral on social media after it was aired.

One of the best hustle’s of all time has got to be back in December 2017, when Alison desperately tried to grab a chat with newly-engaged Meghan Markle and Prince Harry.

After being swerved by Harry, Alison chased down his fiancé shouting: “Meg! MEGS!”.

Thrusting an ITV microphone in front of her face, Meghan responded by telling This Morning viewers: “Thank you. So happy. Such a thrill to be here.”

While interviewing Dwayne Johnson for the Baywatch film, Alison revealed she was wearing a lifeguard vest as well as hiding a diamond ring in her cleavage.

Upon discovering this information, Dwayne got down on one knee to show Alison how he would propose.

Shocked Alison then screamed, “We’re getting married!”, which brought the nation together in one heart-warming screech.

Absolutely dying from laughing though because I just remembered how my mum genuinely believes that Alison Hammond is married to The Rock. 😂😂😭😭 she’s hilariously gullible. pic.twitter.com/QzMOfLoNBj

Coming in top ten for the most bizarre scenes witnessed on TV: in a special ceremony, ordained by no other than Kevin Hart himself, Alison and Dwayne made things official.

Unfortunately, when the actor later got married to his ‘real-life’ wife, Alison was left heartbroken. Live from the red carpet, Alison was officially served her divorce papers, which left us all in tears. 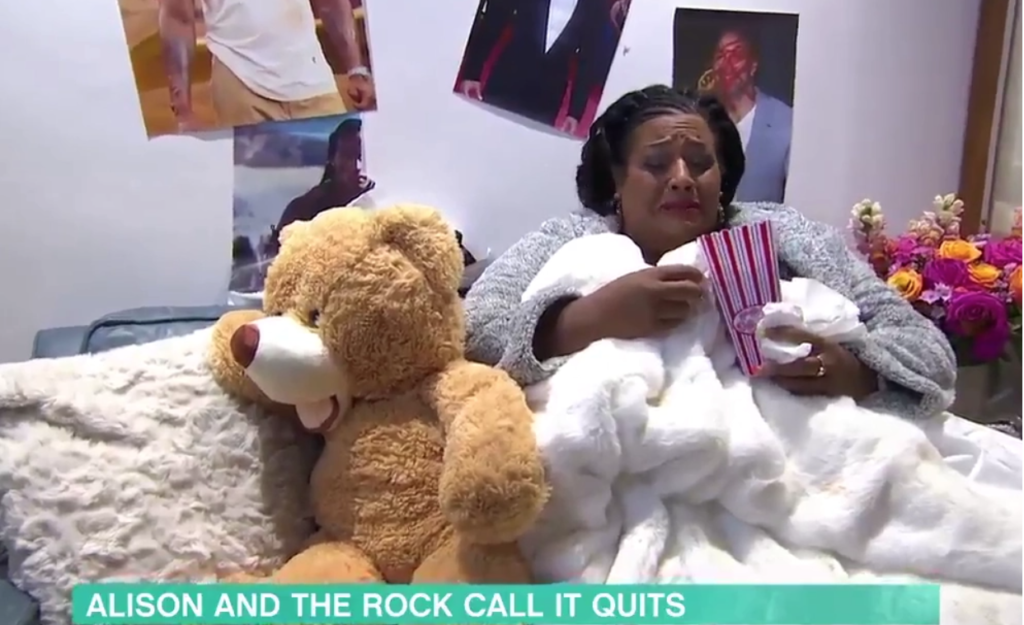 Brb this is too much.

Alison ended up going viral when she interviewed Hollywood legends Harrison Ford and Ryan Gosling for their new film Blade Runner 2049. Starting the interview with that painfully matter-of-fact honesty that we know and love, Alison admitted that she’d “never even seen” the original Blade Runner film.

The chat reached over ten million views on YouTube since October 2019, as Alison ended up getting drunk with the actors and making them cry literal tears of laughter.

It's safe to say Alison Hammond had a lot of fun with the Royal National Lifeboat Institution today. (Video: This Morning) pic.twitter.com/Nvy8r7umis

Throwback to the time when Alison was living her best life while filming a special launch for the RNLI in Wales for their Mayday campaign.

In her performance as Missy Elliott on Let’s Sing and Dance for Comic Relief, Alison let out a side to her we’ve never seen before.

When she gifted Niall Horan a cardboard cut out of herself 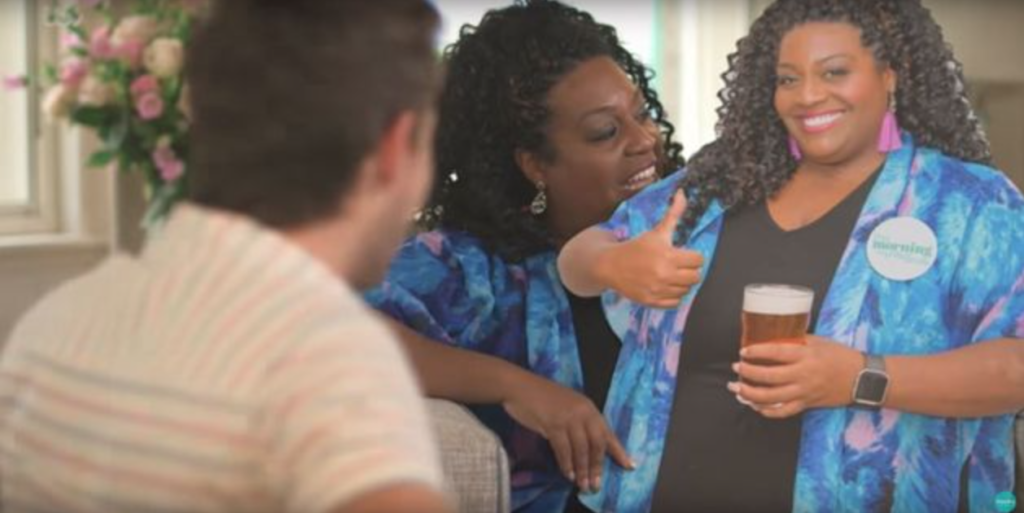 To keep him company on tour, Alison so generously gave Niall Horan his own cardboard cut-out of Alison to take around the world with him. Goals.

Her romantic date with Hugh Jackman

In her attempts to woo the beloved sensation that is Hugh Jackman, she did so with style and flair.

Not only did she flirt the whole way through their “date” but she proceeded to get him drunk and feed him chocolates.

They've got history but will @AlisonHammond get a kiss under the mistletoe from @MichaelBuble again this year? 💏🎄 pic.twitter.com/fdFn3egMr2

A year on from their first interview, where Alison sneaked a kiss from Bublè himself, they reunited in a Christmas special. Not only did they reminisce on their shared romantic experience, but Michael stepped away from his charming self, calling her a “bitch”.

When she broke the Big Brother table

In her rebellious attempt to make contact with the outside world, Alison accidentally snapped the outdoor table in half by jumping on it. Sorry Big Brother x

• I sold a bralette on Depop for £12,000 and someone actually sent the money