This is what it’s actually like to go on University Challenge, from students who’ve done it

Oh to be this smart

Hapax legomenon. Now I’ve got your attention, let’s talk about University Challenge. It’s the most serious quiz show on telly, that routinely sees cohorts of extremely intelligent university students compete against each other on topics such as art, history, science and seemingly always something to do with the periodic table. All under the watchful eye of Jeremy Paxman. For an audience of young people whose interests tend more towards sinking pints and skipping lectures, you wouldn’t expect it to be a hit. But it’s beloved – and immensely well respected.

But what is it actually like to appear on the show? It’s not a show that you immediately crave the behind the scenes secrets for, compared to something like Love Island or Big Brother. But it has just as many backstage stories as any other show. The team that Ted Loveday appeared on used to down three cappuccinos in quick succession before filming so that they’d have faster reactions (hence the speed of Hapax legomenon). Paxman is unwaveringly stern and you get a ritual picture with him only when your team wins or loses the game. Teams try to psyche each other out a bit in the green room, and competition is as rife in the backstage process as cable knit sweaters are on screen. One Southampton student was even told “it’s funny that you came this far just to lose.” Wasted.

From the rigorous selection process and team rivalry to being rinsed online for having a posh name, here’s everything you go through when taking part in University Challenge.

How to get on University Challenge (it’s not easy)

Most of the contestants I spoke to had been watching the show since they were kids, and eventually thought to try out for the team after seeing applications advertised at their unis. They all also seem to have a natural interest and affinity for quizzing, which helps. After applying for the team, they take a written test with 50 general knowledge questions. Some contestants had to jump through extra hoops too, like interviews or live rounds with buzzers. The entire interview process, according to contestants, is held by previous contestants from their respective universities. 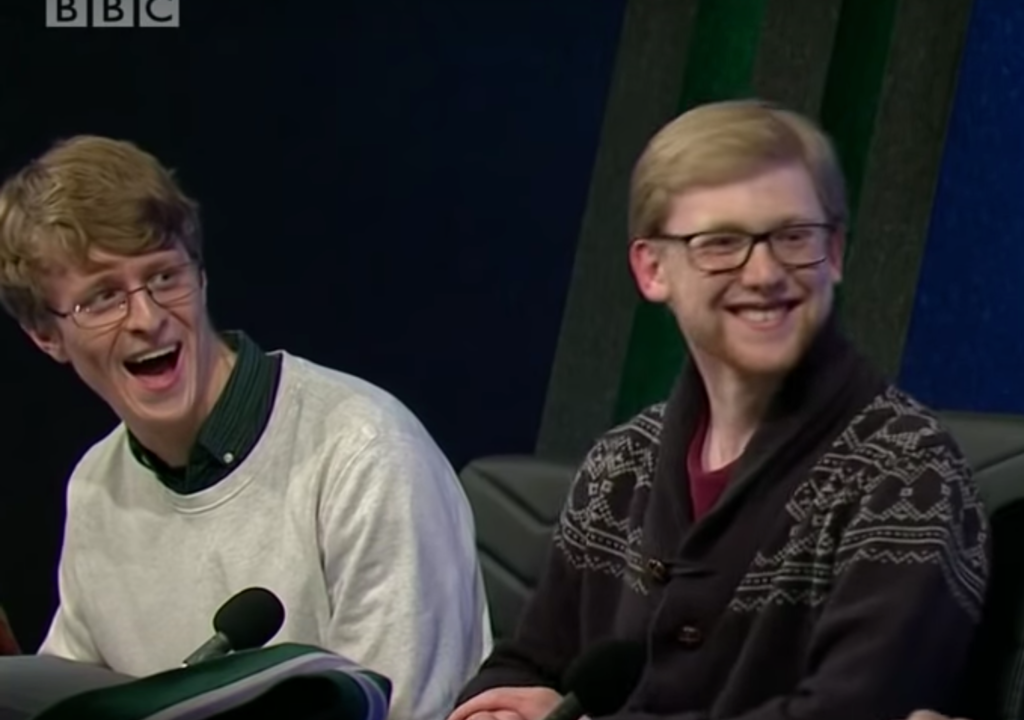 Many students who actually end up on the show have been trying to get on the team, let alone the screen, for multiple years. Matthew Fricker, a contestant from University of Edinburgh appearing on the most recent season of University Challenge, told The Tab: “I don’t know exactly how many people took part at [the written] stage each year but the lecture theatre it was held in was usually about half full.”

He then went through a live buzzer round, and then a mock version of the actual show, until the team was narrowed down. He said that you were not only judged on your score, but the quality of your guesses, unique areas of knowledge and how well you seemed to work in a team.

The preparation is… intense

When you watch University Challenge, the main question you may find yourself asking is “how the fuck did they know the answer to that?”. Well, here’s how. Once selected, contestants commit to preparing for the show religiously. Because it is impossible for every person to know every piece of general knowledge, and to avoid each team member buzzing at the same time for every question, students split into topic areas. The specialist topics are broad: art, music, sport. Things like that. Though one contestant did say that an especially proud moment was being able to recognise “The Wizard and I” from Wicked after a few seconds. That’s as specialist as it gets. 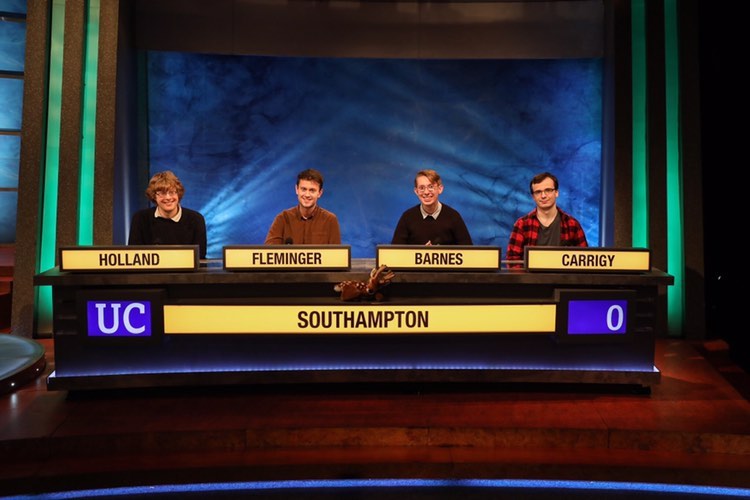 They read up on their specific areas by trawling through Wikipedia and rewatching old UC episodes, mainly. “I read the Wikipedia articles for all the Monarchs of England and Scotland, the Prime Ministers, and the US presidents”, Fricker said. Juggling learning the history of every single English Monarch and US president alongside uni work isn’t exactly the pinnacle of fun, but apparently it’s no biggie for contestants: “I have a strong memory so it doesn’t take intense study for these things to stick.” Very lucky for you Fricker, but I forgot my own middle name the other day, so we’re not all that lucky.

There are definitely good luck rituals going on 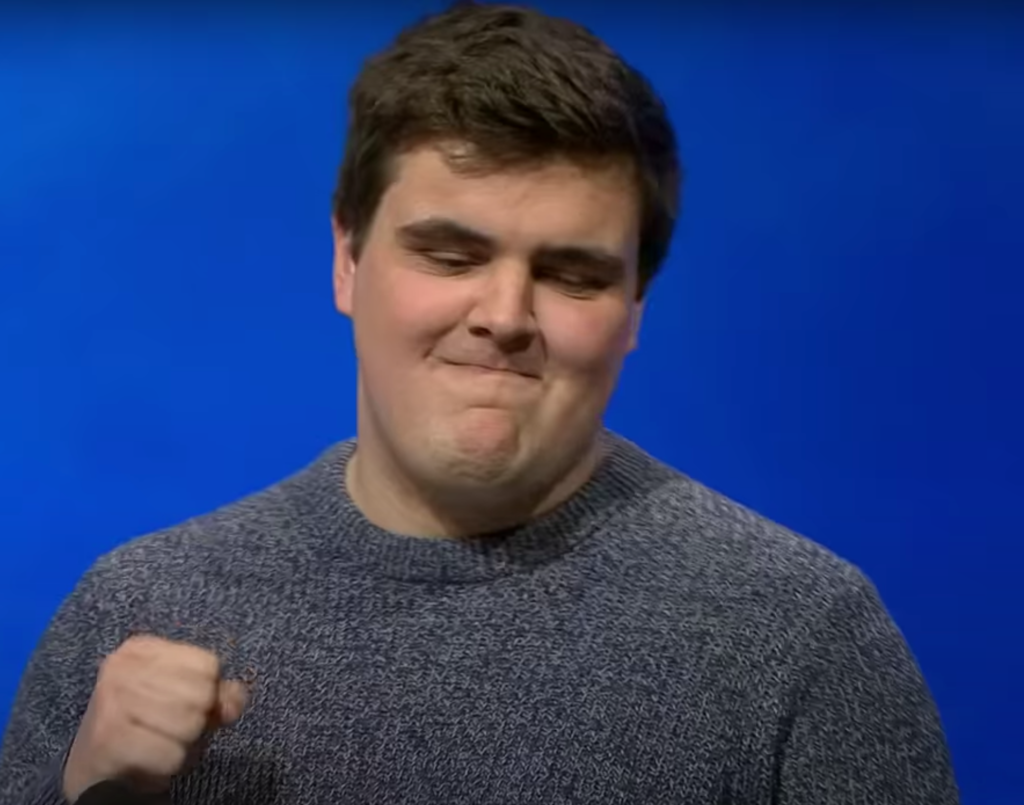 Teams have mascots they rub, framed pictures of previous winners from teams of the past and other rituals which they think might help them in becoming the next UC winners. Barnes, this year’s Southampton captain, told The Tab: “On nights before filming episodes we went for dinner as a team at Pizza Express as it was deemed ‘unlikely to give us food poisoning’ to quote one team member.” Not quite three cappuccinos, but it will do.

Fraternising with the enemy

Rival teams don’t actually spend that much time together, but they do have fleeting moments in the green room before filming where competition is palpable and everyone is trying to “psyche each other out”. Arthur Raffles, who was on the Durham team this year, said: “One of our team offered chocolate brownies to the York team and they thought we were trying to poison them. Also you watch some of the other episodes on the telly and people like to shout out the answers for a bit of intimidation.” Trust levels are low in the UC backstage area, clearly. But Fricker insisted that “it’s all in good fun”, and after filming his Edinburgh round he and the rival team returned to the green room and watched another episode of the show being filmed, with teams seeing who could shout out the answer first. This is how smart people bond, it seems.

Paxman is exactly the same in real life as he is on screen, apparently

Barnes from Southampton told The Tab: “Paxman in person is pretty much exactly the person you see on TV. Sharp and to the point. I remember thanking him for the experience as we were leaving the studio for the last, where he quickly retorted ‘well, if you didn’t enjoy it there’d be no point in doing it!'” His teammate, Rory Fleminger, added: “He was really nice, he chatted to us a bit before the start and we also bumped into him around the studios and he was friendly and chatty which was cool.”

You can end up being absolutely rinsed on social media 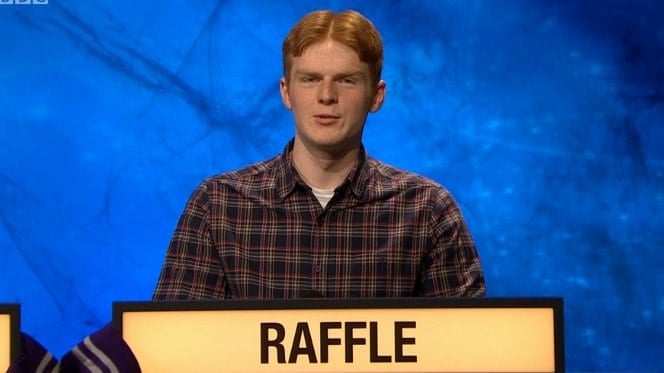 University Challenge is memed relentlessly, partly because of the bizarre and insanely nerdy answers shouted out with pride, but every so often because a contestant has a deeply funny surname. Just of the contestants I asked, their teams featured names Fricker, Bland and Raffles. Speaking to Raffles himself, he said: “[There was] a lot of tweets and YouTube comments, but nothing massively viral. It was nearly all good-natured, mostly about my name, my hair and the clothes we were all wearing, people we looked like for example (Ron Weasley). I also had a lot of direct messages, probably because my name makes me quite easy to find online, they were all very positive though and the negative ones were often the funniest.” And as for Bland? Raffles said: “Bland did get one or two for having the surname Bland.” So that’s settled.

Social media attention can also be brought about when contestants are particularly fit, as this is a rarity on UC. Rory from Southampton saw this first hand, with thirsty tweets aplenty. 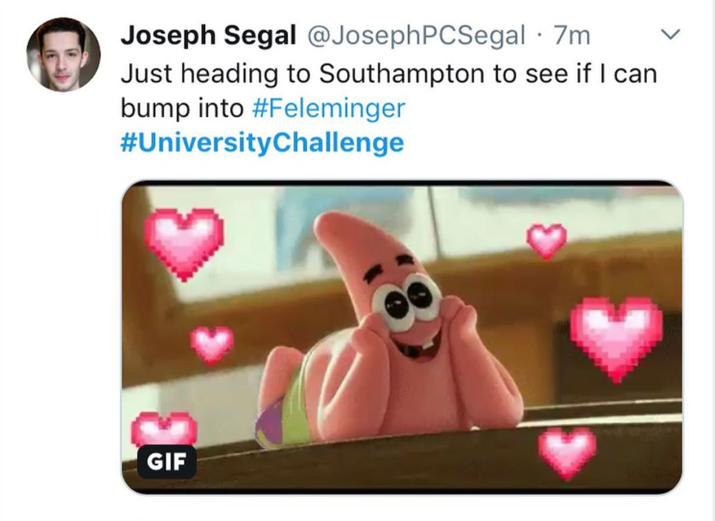 Rory told The Tab: “It was pretty funny, had quite a lot of male attention. There was an old married gay guy that went through and liked a bunch of my really old photos. And then a ‘retired civil engineer’ messaged me asking how I didn’t know what a pediment was.” 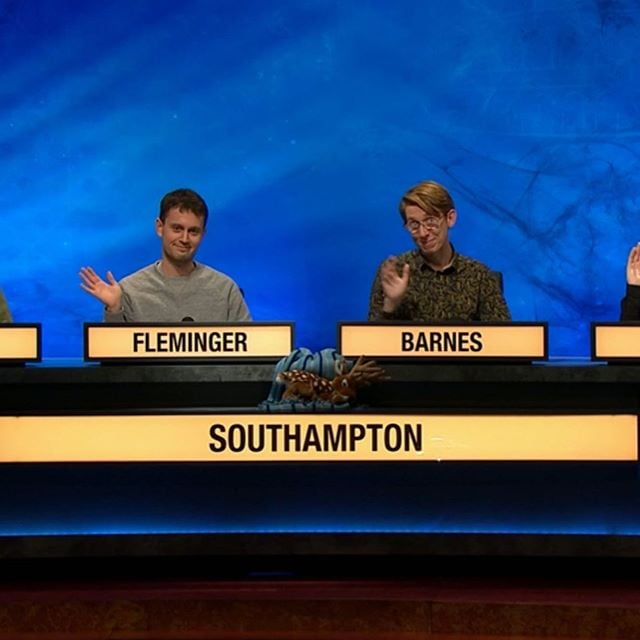 It can be pretty peak if you don’t actually win

None of the contestants I spoke to actually won University Challenge, sadly. This meant no celebration drinks, and more commiserations over pints after filming. But the losing teams find ways to cope. Rory told me: “My granny, who was in the audience, insists we were robbed for multiple reasons. The best being that we were sat a couple of metres away from Paxman and the time difference it took for the sound to reach us put us at a disadvantage. We had a trip to the hotel bar after we lost for a good cry, there was a lot of ‘oh well that’s life’ and ‘they were the better team’. I wasn’t having any of it. I knew we lost because of the time lag.”

• Festivals probably won’t be back until Autumn 2021, says expert