Wheelchair-using student forced to sit in stairwells during lectures

A wheelchair-using student repeatedly made to sit in the stairwell of her lecture theatres says her university have continually failed to accommodate her disability.

Hull student Sarah-Marie Da Silva says her uni experience has been blighted by the lack of provision made for her, and is regularly left with no option but to sit in corners, close to the lecturer, by entrances, or without a desk to make notes.

Veterinary student Da Silva says it’s been humiliating, and makes her feel like an “other”, telling The Tab: “I’ve raised it countless times and the only thing they will do is do a room change”.

The University of Hull told The Tab they’re carrying out a “full investigation” into what’s happened after Da Silva raised her concerns on Twitter.

On Friday, the veterinary fresher was waiting to get into the lecture theatre, pushed in, and ended up in the corner of the stairwell. “I turned and saw the stairs and panicked, I stopped. then I realised people were wondering why I’d suddenly stopped and I was in people’s way.

“I adjusted and moved myself against the wall, so people could get past. The next 10 minutes was people arriving, them looking at me and then sometimes asking what was going on. I just told them I can’t get down and to just go past me.” 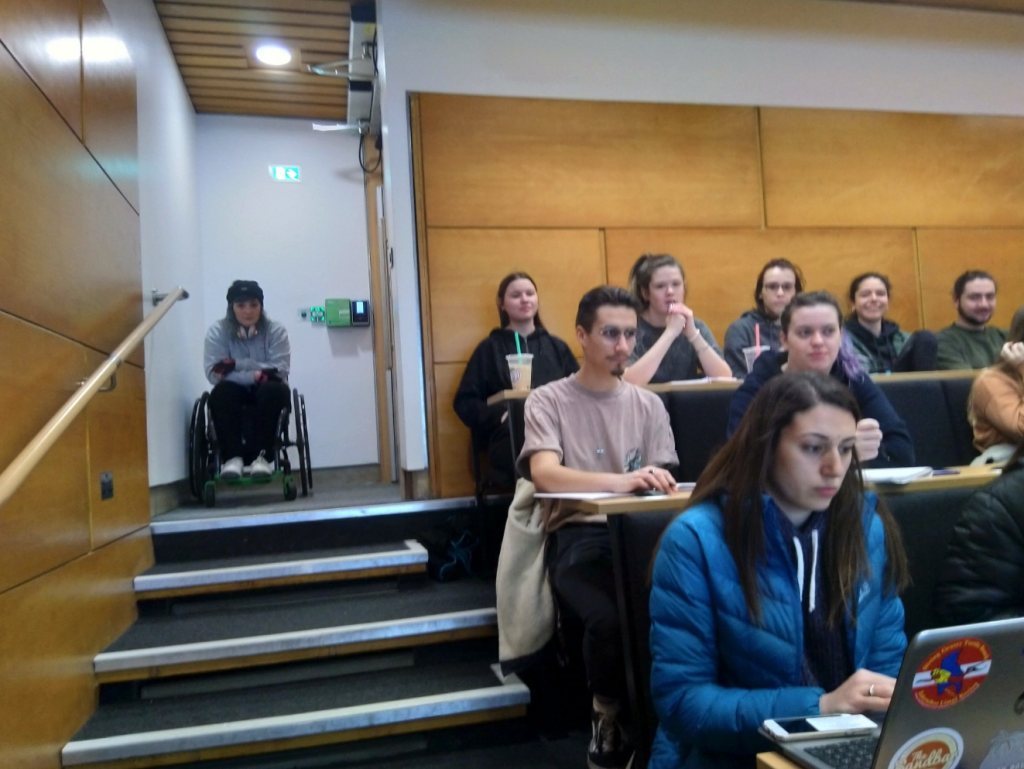 Da Silva, who is a wheelchair basketball player, says the lecturer was helpful, offering to let her use one of the seats, but “my wheelchair is made for me, other seats cause me to spasm and cause me an incredible amount of pain.”

A fellow student also offered to give her a piggyback, however “I declined as it’s humiliating in a public place, but her intentions were very kind.”

Eventually, Da Silva told her lecturer to begin as “there wasn’t an alternative and we were all there to learn, I didn’t want to take up anymore of people’s time.

That experience is one in a long line of incidents since Da Silva’s very first lecture at uni. “My first lecture was in September, I pushed in and there was nowhere for me,” she says.

“It was a lecture theatre where you go in on the floor level. Everyone walked up the stairs to take their seats and I was left with nowhere to go – no desk, no seats next to me for other students and I’m right next to the lecturer. I was made to feel like an ‘other’.

“A lot of the time there are no desks for me. If there are, they’re moveable desks, but the wheels are always locked and I can’t bend down that far to unlock them, so everyone in the theatre looks on at me whilst I struggle to get a desk,” Da Silva told The Tab. 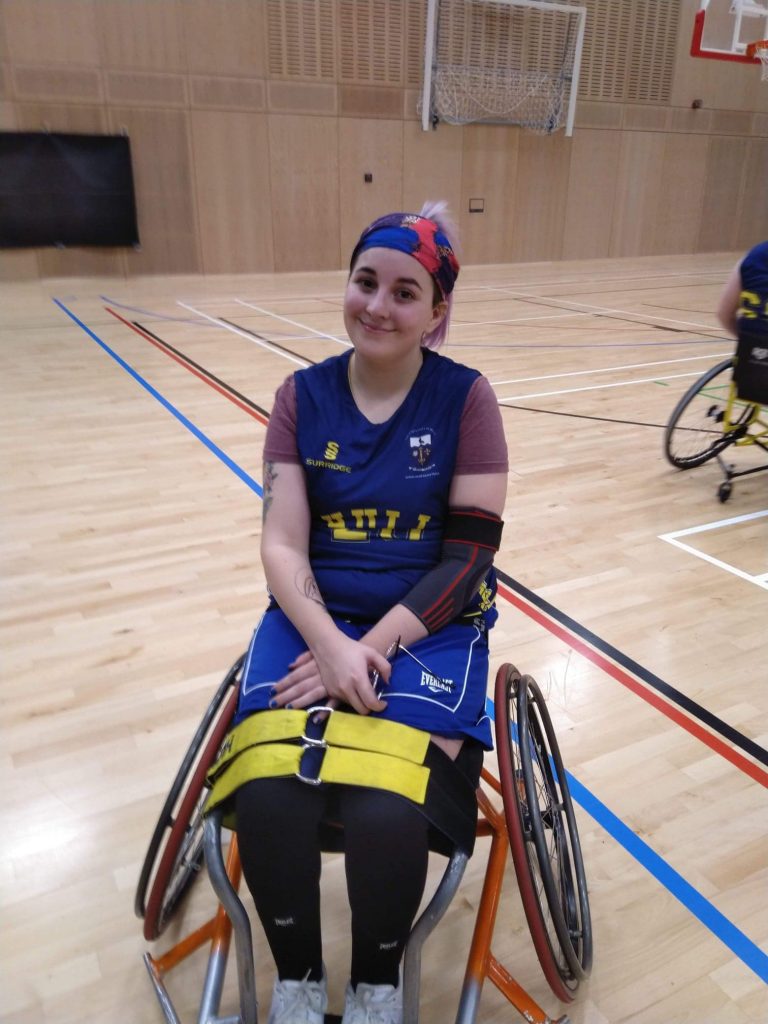 “Other lectures I have a fixed desk, this one without a seat, but I block people from going in and out, so I constantly have to wheel in and out during the lecture,” Da Silva told The Tab.

Da Silva says she’s raised the issue “countless times”, and whilst individual lecturers and the university’s disability team have been helpful, no progress has been made beyond offering room changes. “Then I’m back in a lecture theatre with the moveable desks that I can’t move, where no one can sit with me or next to me and I’m the floor with the lecturer,” she says.

Dr Anji Gardner, Director of Student Services, University of Hull told The Tab: “We are very sorry that this has happened, clearly it is not acceptable. We take these matters very seriously and we are looking into what has happened.

“We are committed to working with our students to put in place any additional support or adjustments where needed. Unfortunately, it is clear this hasn’t happened in this case.

“We will immediately look into this and ensure that we take necessary steps to make sure this does not happen again.”

Have you had a similar experience at university? Get in touch in confidence at [email protected]

• ‘The support is atrocious’: Report finds UCL is ‘failing’ its disabled students

• 125,000 students are at unis which cut their mental health budgets