There’s a new meme format doing the rounds on Twitter. It’s called ‘The Poet, The Poem’ meme and I’m not being dramatic, they’re the funniest thing you’ll read for a long time.

It includes taking screenshots of iconic speeches, and this meme is the kind of nostalgia only the god tier of the internet could bring you. Here are some of the best examples. You’re welcome.

What is the The Poet The Poem meme?

The Poet The Poem meme is a pretty easy format. You take a screenshot of someone who has said something iconic in their lifetime and they are the poet. You attach a second photo of the iconic thing they said and that’s the poem. The caption for the two pictures together is “The Poet: The Poem:”.

It looks as though the meme started with people sharing actual poems they had written about themselves, but then Twitter did its thing and made funnier and more nostalgic pop-culture versions.

Here are some of the best The Poet The Poem meme examples:

Here is how the meme looks and some of the funniest so far. 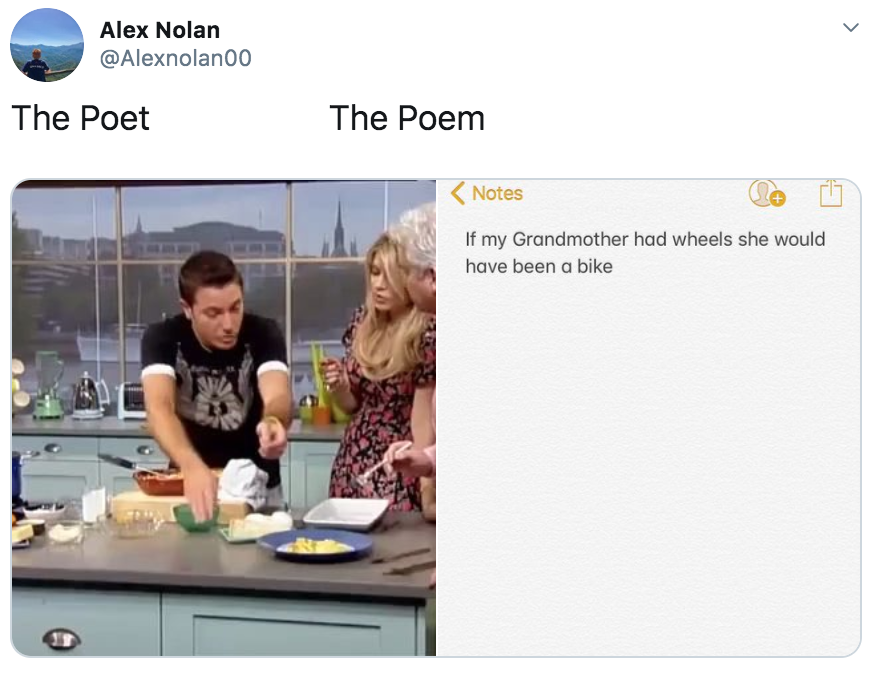 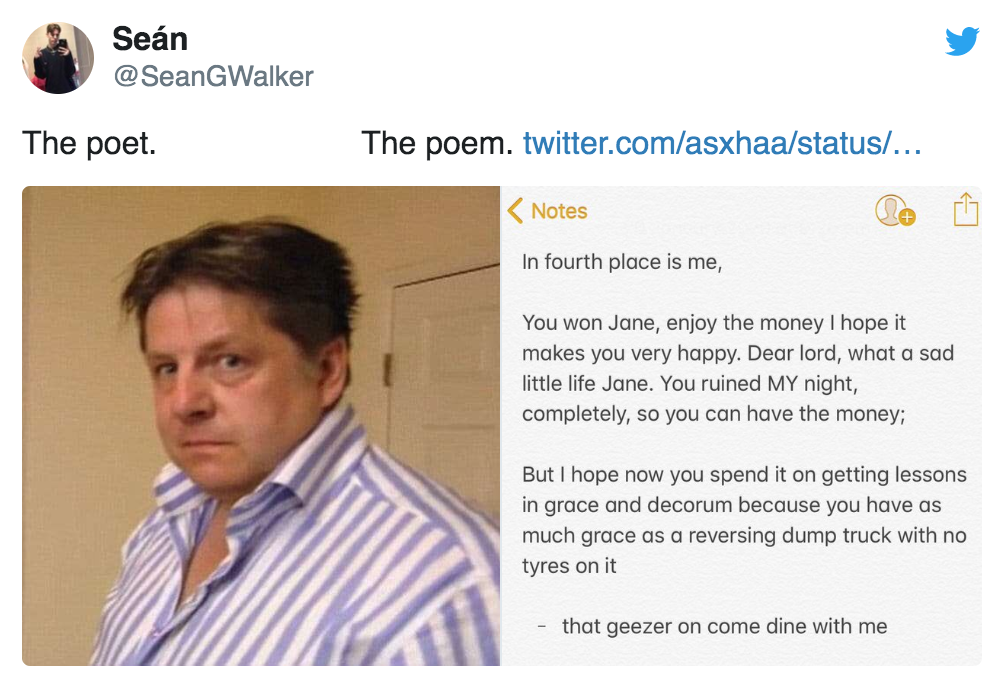 3. What is this behaviour? 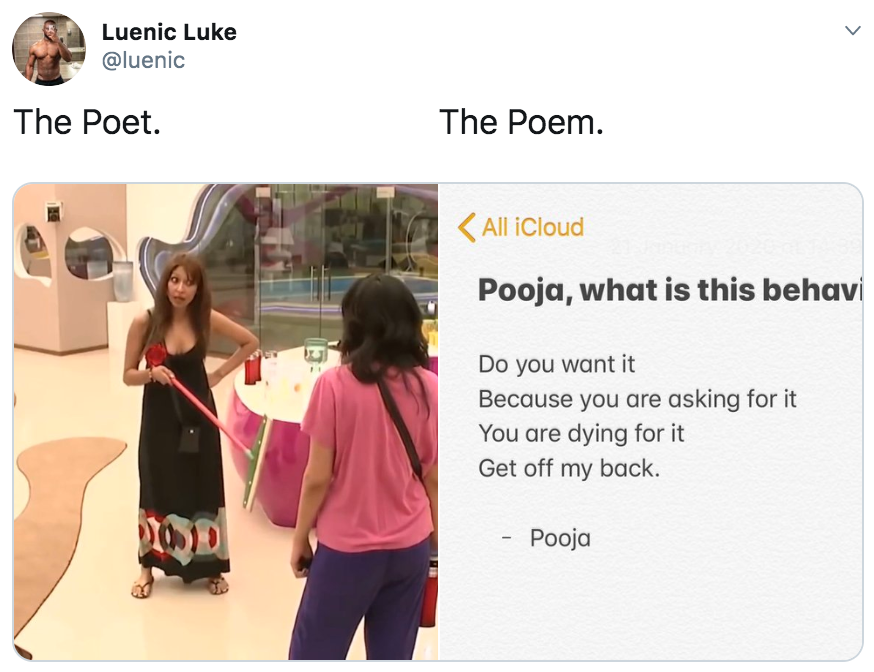 the poets the poem pic.twitter.com/aeZzopg0PS

The poet. The poem. pic.twitter.com/hZG2yZHiI6 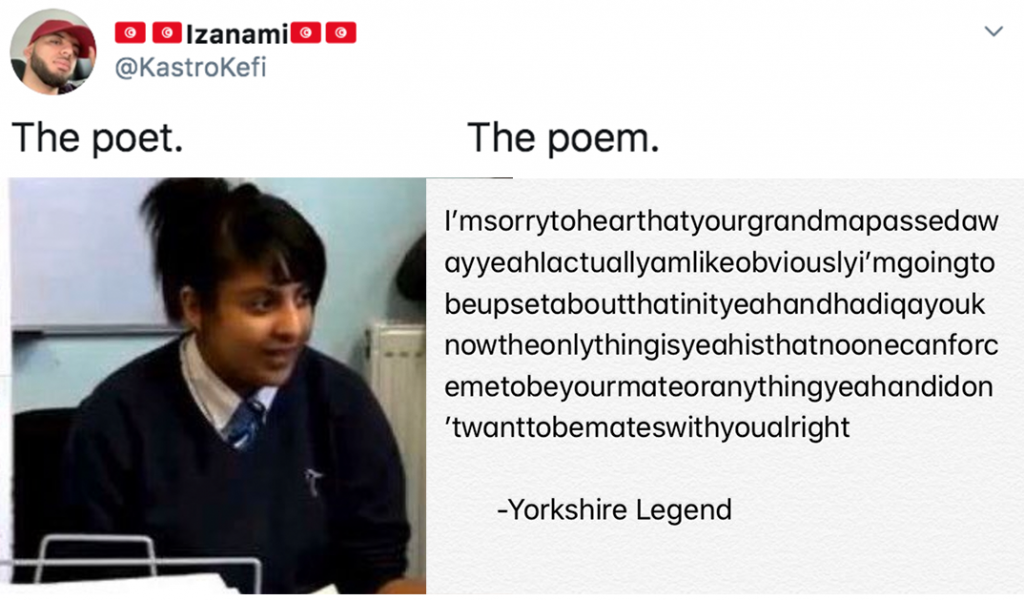 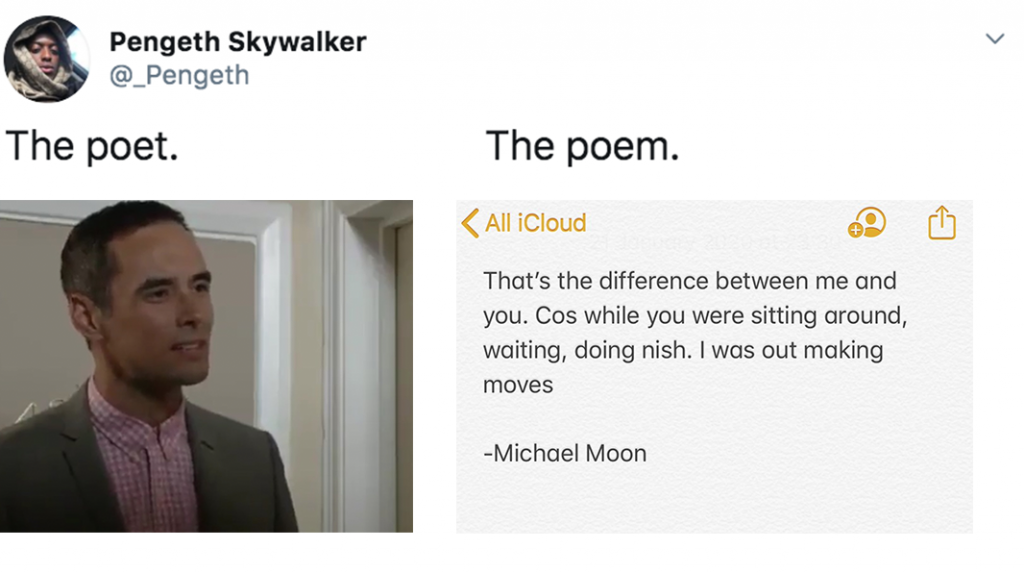 The poet. The poem. #loveisland pic.twitter.com/BQDNeajoiQ

10. My favourite poems are ones which are relatable 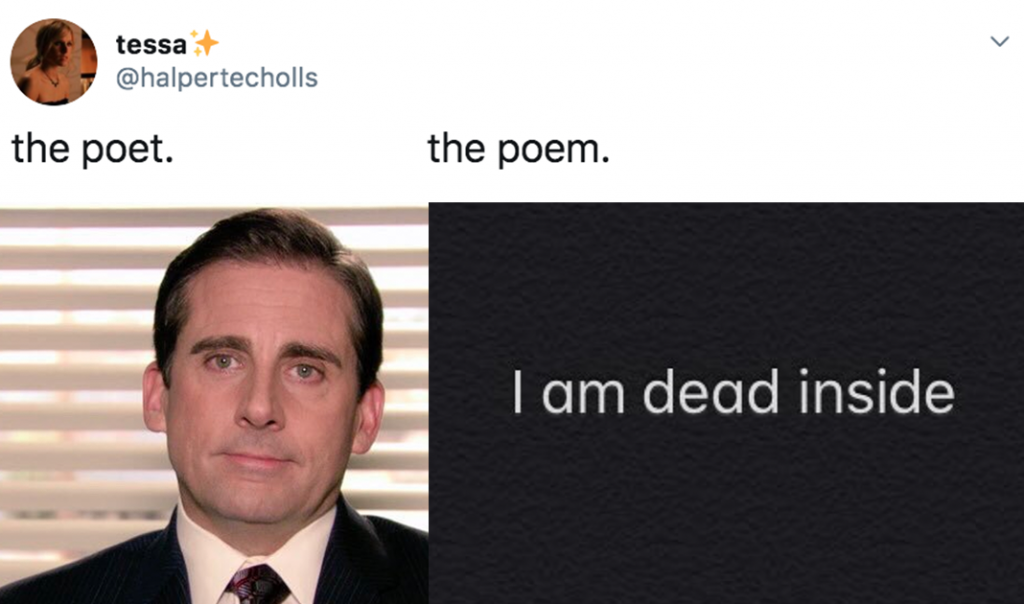 The poet. The poem. pic.twitter.com/QWvzk8dPYv

12. I still can’t believe she said this

The poet. The poem. #LoveIsland pic.twitter.com/TYvsLxduWW

The poet. The poem. pic.twitter.com/JQkMzTB4JD 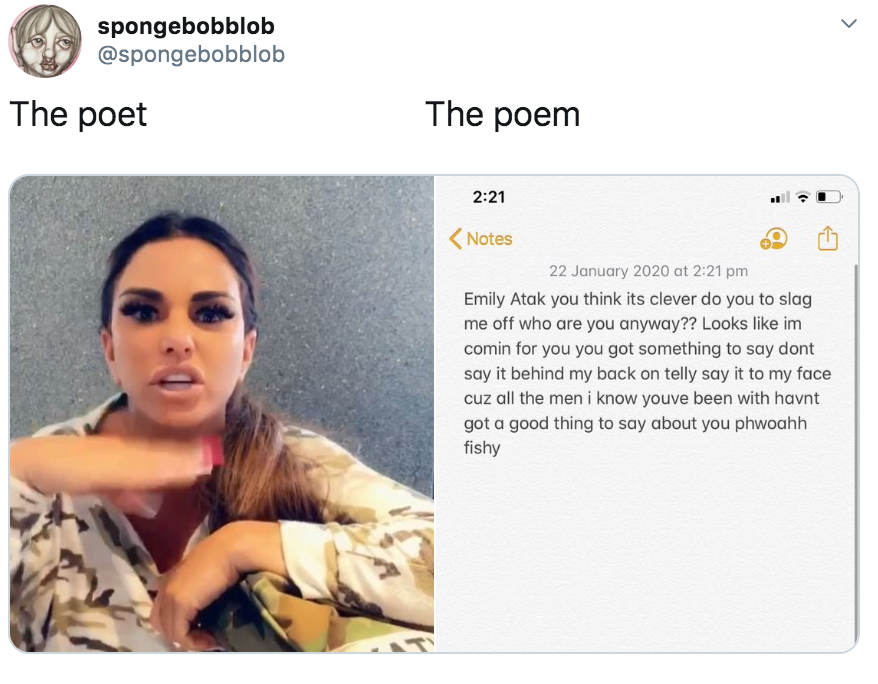 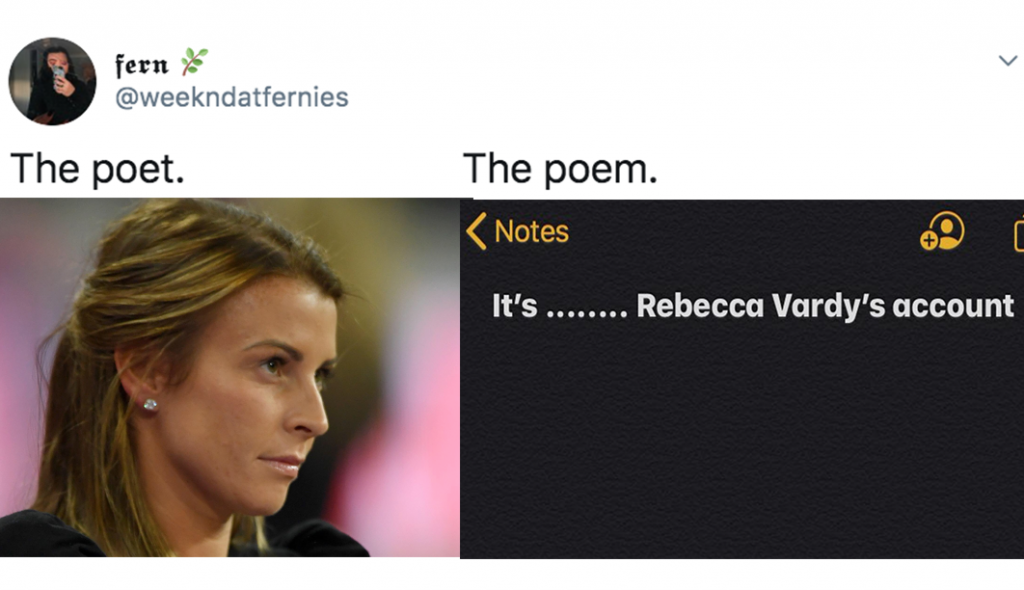 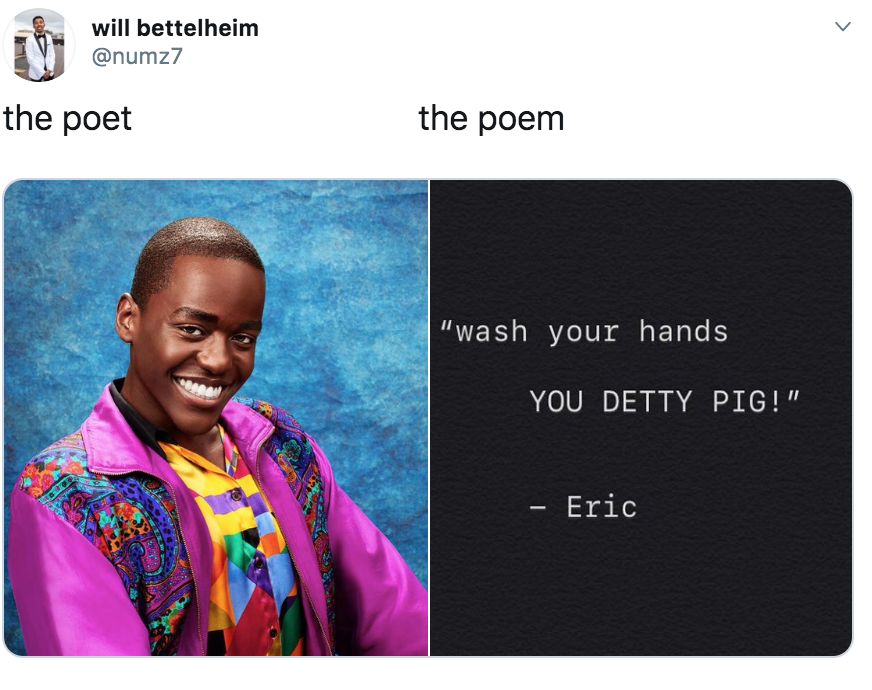 17. I honestly love these two so much 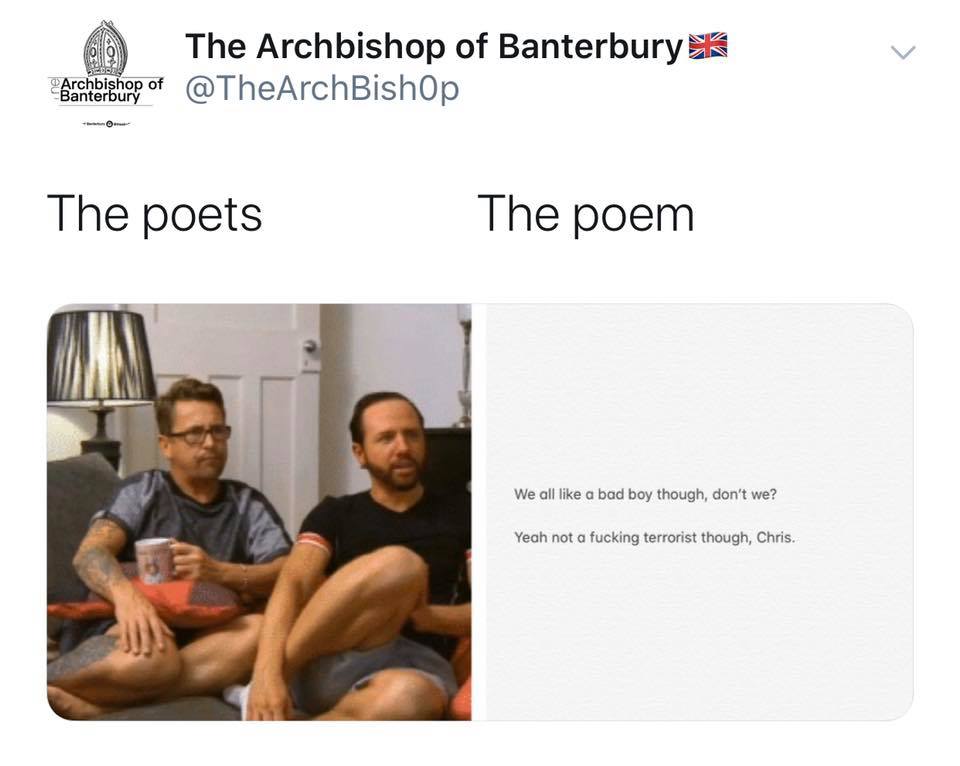