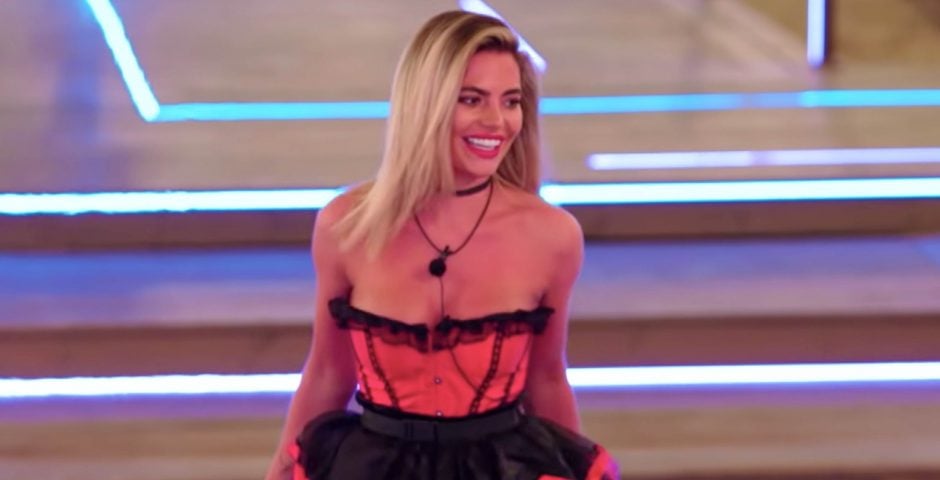 In any other situation, sitting around a TV watching people in their 20s give lap-dances to each other would be deeply weird, and you know what in Love Island it’s still fairly clapped, but honestly, we’ve been bad – this is the punishment we deserve.

Love Island’s ‘heart rate’ challenge is patently a bit of silly fun, but it really is a litmus test to differentiate between which ones actually fuck and Nas. Over the years the series has thrown up some outright debauched performances and with last night’s challenge now behind us, it’s time to rank the ones which should probably be framed in some kind of shagging museum (or burned, idk.)

So sequester yourself in a quiet room, go to your happy place, and light a scented candle – because this is about to get softcore. These are the most iconic Love Island heart rate dances, ranked:

You know what? Charlie got his bum out. It is a nice bum and I feel like him getting it out is something we should encourage. Charlie is also high-key one of the fittest Islanders literally ever so he merits a spot here. But seriously 10/10 for the bum alone.

For posterity, we have to pay respects to the most undeniable car crash ever seen during one of these challenges. Dr Alex from 2018 and Nas from last night came close but in the end, Dani’s waggly pom-poms take the crown.

I think for some reason we expected brand-conscious Molly-Mae to shy away from putting on a maid outfit and sucking Tyson Fury’s brother’s finger, but she did it and fair play to her.

Maura will always be a queen, even if she for some reason wanted to sit on Curtis’s lap and ride his invisible air-penis. She is also the only Islander who could pull off a tail.

Start from the beginning.

Mike was the best performer last night and that is a solid gold fact you can take to the bank. The man can cuff you, give you a cracking lapdance, then massage you afterwards. Nothing. Bad. To. Say.

I imagine it’s Alex’s fault the heart rate challenge takes the form it does now because there really is no reason for him to randomly mount that poor girl and start stripping. AND THEN HE STARTS RAPPING. Holy moly.

Start from the beginning and you get to see it for like two seconds wow.

Love Island was really stingy about this footage, so you’ll just have to deal with the brief clip of it above. No one else on Love Island has ever breathed fire, and it is much much cooler than having ugly veneers.

As much as Curtis is usually really annoying, this was gold. Something about Curtis’s wild eyes and caffeinated gait makes me think he shoved a can of Redbull up his bumhole before he went out, or maybe he’s usually like this on nights out. Either way, it wasn’t sexy unless your name is Maura Higgins, but you really have to hand it to him.

Don’t think too hard about the fact Wes at 20 years old was sexier in this 60 seconds than you’ll ever be in your whole life, or that he had the balls to pour water all over himself while you would have probably just pissed your little virgin pants.

Ovie is probably the most attractive man to have ever graced the villa, if not our lives. I don’t know what the air in between his crotch and Anna’s face did to deserve what Ovie treated it to, but CHRIST it is a lot to take in. They should have handed him the crown then and there and fired all the other boys in the villa for the crime of not being Ovie. Come to think of it they should fire all the boys in the current villa for the same reason.

One day when we’re older we’ll all remember where we were when Megan Barton-Hanson stomped across the decks to deliver this performance. I’m surprised YouTube hasn’t put an age filter on it because it is basically porn. It’s hard to know which part of the video is the most outrageous – is it the reactions of the boys, who look like they’re re-experiencing their very first orgasms? Or is it when she looks like she’s literally about to start sucking Wes off? Actually it’s definitely the clips of her saying ‘it’s hard to be sexy on-demand’ as though she hasn’t just spent the last 10 minutes inventing sex. Come off it Meg.

Either way, we salute you, Megan, for giving us the defining cultural moment of the 2010s. In the words of Wes: ‘For Christ’s sake.’