We know they do it, celebrities and influencers photoshop their pictures to the extent where sometimes the pictures look completely different. But finally, there’s an Instagram account which is savagely sharing before and after shots and exposing those who do.

The account is called CelebFace and says itself: “If you don’t want to see the truth, leave this page”. The page says “welcome to reality” and shares pictures of celebrities such as the Kardashians, the Hadid sisters and other huge names. It accuses the celebs of FaceTune fails and even puts arrows on bits of photos that look skewed or edited. Even those of us who aren’t that eagle eyed will be able to see the differences.

Here are some of the examples.

There’s a thread on the account accusing multiple British reality TV stars of editing their pictures. Love Islanders such as Arabella Chi, Kady McDermott and Zara McDermott feature. Scroll through below:

Actress Chelsee Healey has been accused of pulling her waist inwards and editing her body proportions. This picture is captioned: “Chelsee has a beautiful house, but the interior design looks a little strange. These curved lines are everywhere 🤔”. 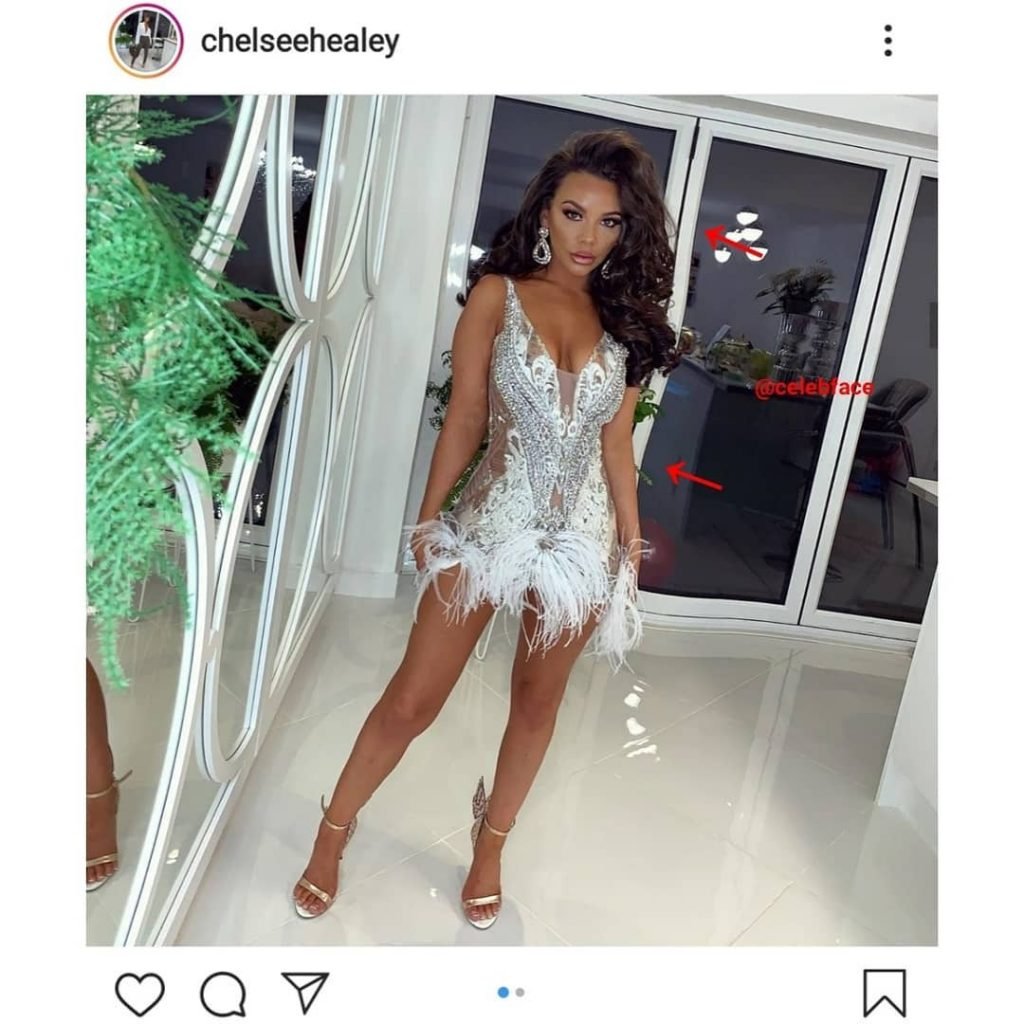 Scroll through to the video below, which shows you how the picture Rita posted and the original one differ. Her version appears to make her look slimmer and brighter.

This one is pretty savage. The post shares model and body positivity ambassador Hunter McGrady’s picture which she captioned saying she wants to be “real” and “honest”. The video in the post appears to show Hunter having changed the picture to make herself slimmer and more tanned.

@huntermcgrady "I want to be as real as possible. For me, being a role model means being authentic. I want to be honest with people that follow me—I hate saying the word ‘fans’ because they’re my equals. I want to make sure people really feel they can connect with me. So I try to show people that, look, I’m a Sports Illustrated model, but you better believe I’ve got dimples for days, girl. I’ve got stretch marks covering my stomach. I’ve got acne scars. I’ve got all this shit going on, and I’m in the magazines too. ” (Interview for cools.com). Original photos: www.si.com (Sports Illustrated), www.people.com

Model and influencer Joan Smalls is accused of lifting her bum and boobs, and editing her face.

A picture of David Guetta has also been picked apart for when parts of the background look wonky. 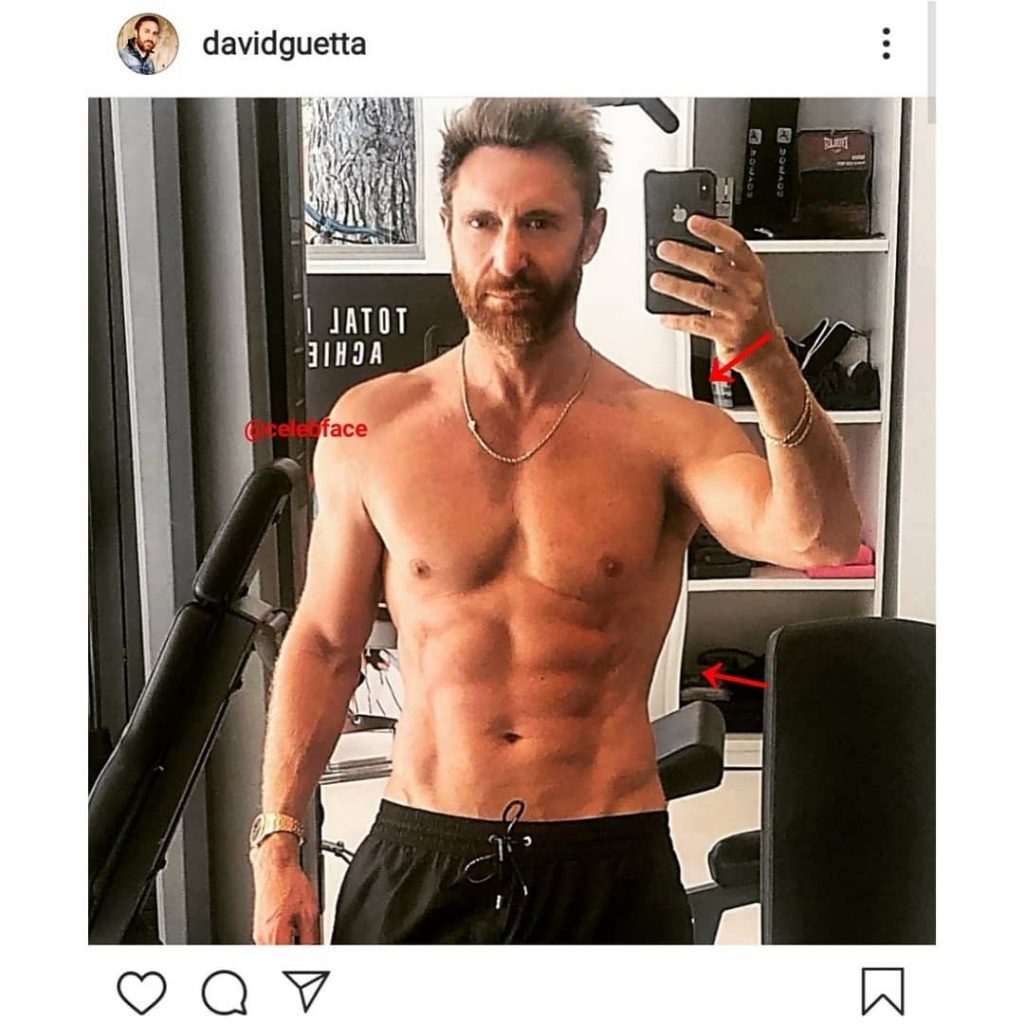 Scroll through to see a video accusing of Bella Hadid of posting an edited version of her Calvin Klein campaign.

You don’t need arrows to see how all over the place the cupboards in this picture of Britney Spears are. 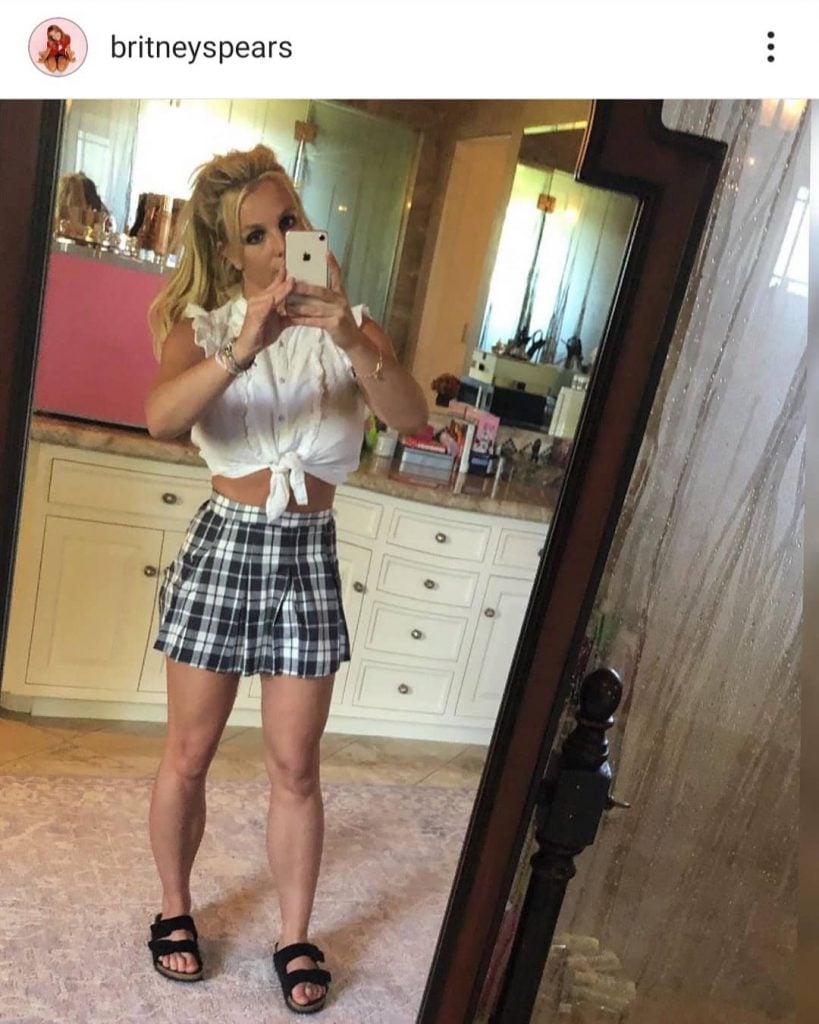 YouTuber James Charles is accused of changing the shape of his head, and his torso and arm. Also in the thread below is J-Lo and Rita Ora again. 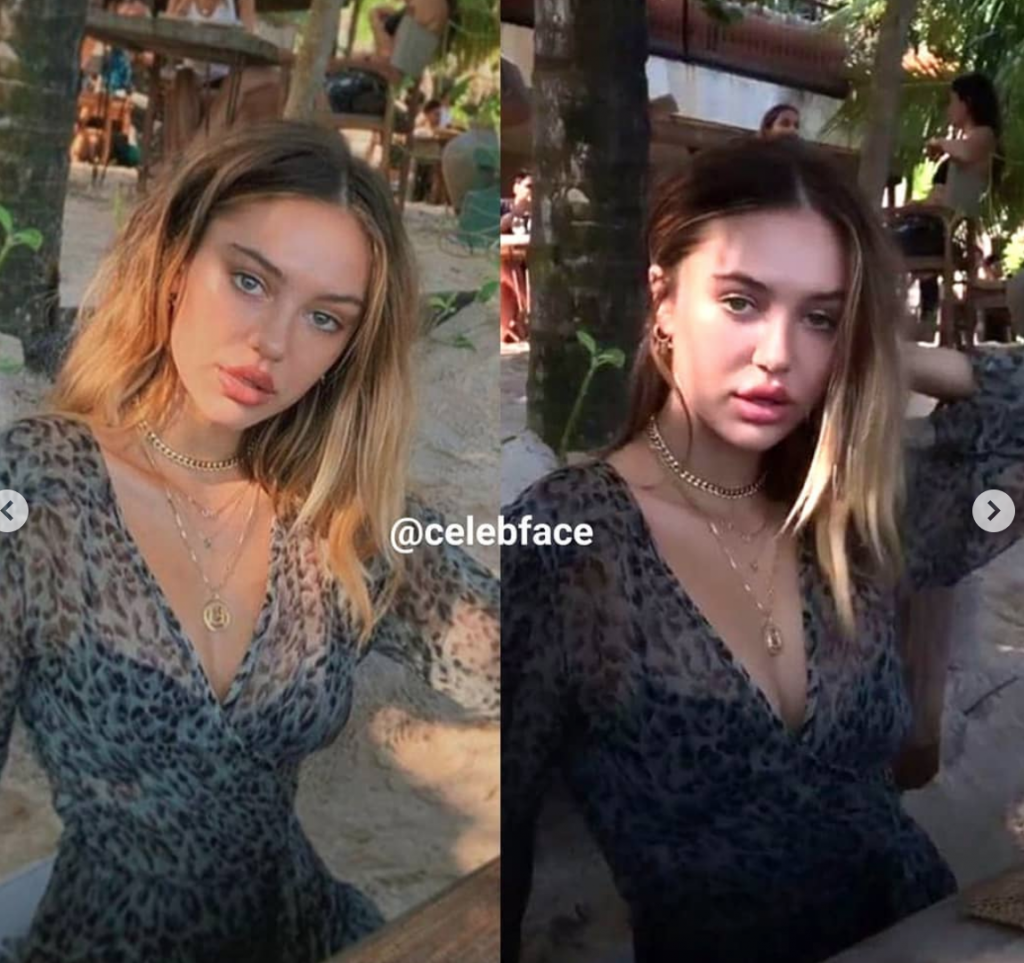 The page has nearly 8,000 posts in total and 1.3million followers. There are plenty more examples to look at. 👀

• This influencer photoshops the same clouds on her pictures and honestly what’s next?

• The biggest celeb transformations of the decade to prove you’re not ugly, just poor