A report has compared uni halls to prisons and tbh, fair

Where is the lie??

A new report has compared uni halls to prisons and tbh, we can't argue.

"Even the smallest accommodation block can make a major impact on a place. Gated and guarded, it is a world unto itself," says the report into how students live on campus.

To be honest, sometimes it's hard to tell the difference.

Written by Oxford professor William Whyte, the report examines the dynamics of students living on campus, and savages unis for not making halls open or social enough.

"Objecting to further development in Glasgow, for instance, one MSP observed that ‘there is no reason for students to come out and mix with the community because everything’s inside’," the HEPI report says.

"Indeed a Glasgow student described their experience of accommodation ‘as like going into a prison – you go inside but you don’t want to come back out.'"

The report, titled "Somewhere to live: Why British students study away from home – and why it matters", tells unis to make halls more social and support students better. 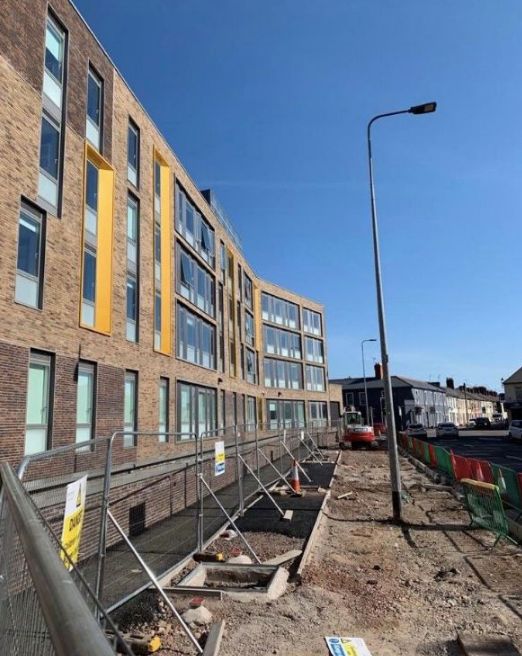 This could easily be a low-security facility

It's been published just as unis have made an absolute hash of halls this term. 1,600 students across the country were shunted to random places because their halls weren't ready. Students at Bristol were told to go and live in Newport, which is across the Severn in Wales.

Meanwhile, the report also blasts the way halls are built. Whyte writes: "Many developments have not been designed with student wellbeing in mind. There has been an over-emphasis on cellular accommodation and an under-appreciation of the need for communal and shared space."

He says universities should support students living on and off campus better. The report says: "Universities likewise need to be more proactive in providing support for students living in private rental accommodation. Many report a lack of sustained pastoral help and an absence of useful information about choosing a house or dealing with landlords."

Whyte also highlights the problem of rising rents, recommending that: "Both government and accommodation providers need to address an increasingly unsustainable rise in rents. "

Of course, prisons are usually built by the time people arrive there.