Revealed: How many students at your uni are voting Tory

God isn’t THIS a shock

If ever there were a given, it's the idea that students are lefties. In 2017, students were credited with delivering Labour's unexpected performance, however dubiously.

And yet, there are a few places Corbyn might not feel so confident of the student vote.

Over 1,700 students took The Tab's Snap Election Survey, and it's revealed that there are unis where over a third of respondents are voting Tory.

Oxford Brookes is the most Tory, and the only uni where more than half of students are voting Conservative.

Cambridge comes out as more Tory than Oxford, whilst Aberdeen shocks with three in 10 voting Tory.

Honourable (but not shocked) mentions go to Exeter, Kent, and Bristol.

Meanwhile, Liverpool, Manchester, and Glasgow come out as the least Tory. At Glasgow and Liverpool, fewer than one in 10 say they'll vote for Boris.

How many students at your uni are voting Tory? Find out below: 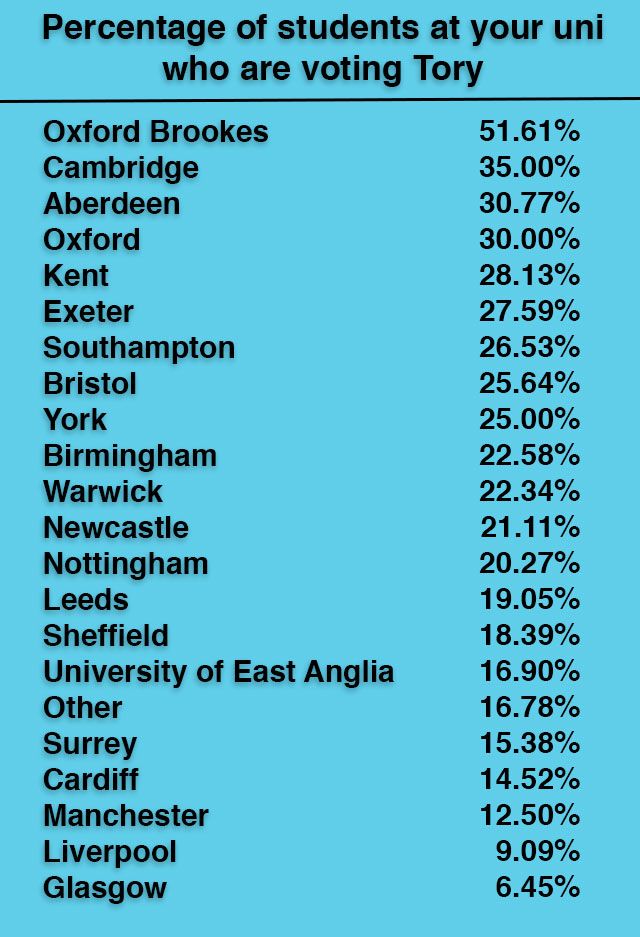 • Goats and free drinks: How unis are getting students to register to vote