I need this to help me sleep at night

Netflix’s latest thriller film Fractured has got everyone talking. The reactions to the film are wild and people can’t get enough of *that* ending. The weird twist at the end has left a few people confused, so you’re not the only one if you have been left needing the Fractured ending explained.

The film is about a dad who is trying to find out what happened to his family when they mysteriously vanish from a hospital. The Netflix synopsis for the film says: “After his wife and injured daughter disappear from an ER, a man conducts a panicked search and becomes convinced the hospital is hiding something.”

Here is the Fractured ending explained.

The final scene of Fractured on Netflix shows Ray driving off into the sunset. There is a close-up clip of him smiling into his rear-view mirror and seeing his wife. “Let’s go home,” she says as Ray’s face drops to a much more sinister look. 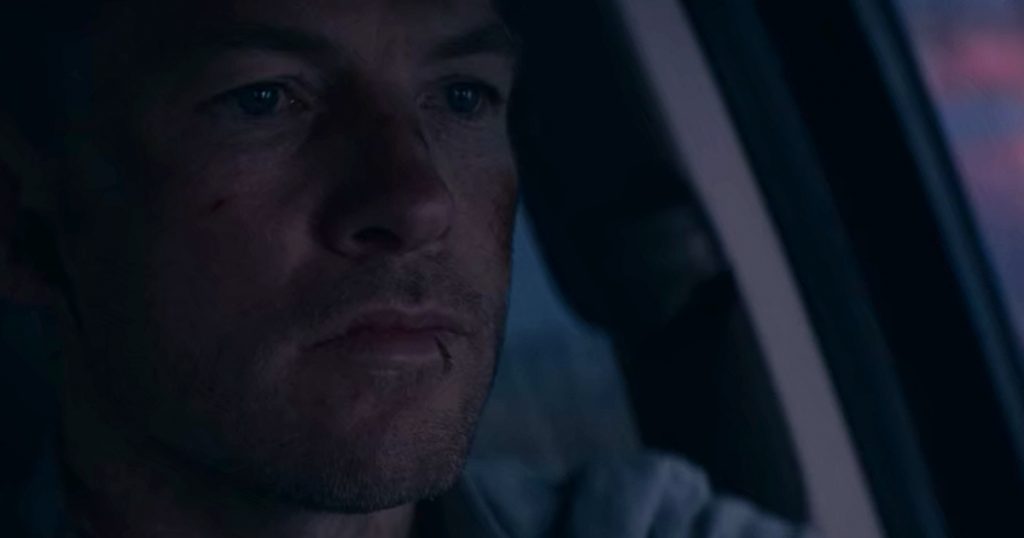 The final scene in Fractured on Netflix

The film’s director, Brad Anderson, explained this final shot. He told Fresh Fiction it was to add ambiguity. He said: “The last frame of the movie is a close-up of Ray’s face after he’s just sung a song to his child in the backseat and his wife. It’s a sense of accomplishment and being a hero. ‘I did it! I saved them from the bad guys at the hospital.’

“But then we kept it rolling, and in the last frames, you start to see his face fall, like it just dawned on him. That wasn’t in the script. In the script, it ends with, ‘Ray drives off into the sunset with his family.’ But I wanted to add a little of ambiguity for his character.

“I wonder if he will wake up to the truth or not. That’s the question at the end of the movie. Depending on how bleak of an outlook you have on things, you can say better that he live in self-delusion, which is better than him living in reality.”

Throughout the film Ray has been hallucinating. His wife and daughter both died, but he has been left so traumatised by their deaths he has imagined a false version of reality where he actually became the hero and not the villain.

From the end scene it’s unclear if Ray is starting to realise what he’s done, but his facial expression at the end would suggest he’s finally getting a glimpse of reality.

• What the ending of El Camino: A Breaking Bad Movie really meant

• In the Tall Grass on Netflix: What on earth did the ending even mean?

• The ending of El Camino was meant to be *very* different