Some are real stunners

It's graduation season and that means only one thing. Cue the flood of celebratory posts on your Instagram feed of everyone you know showing off their outfits and the fact that they actually now have a degree.

But while they probably all look great and should be proud of themselves etc, that isn't what is really important. What is important is the location of the graduation itself. Some people start their graduation days in crummy gyms or town halls, whereas some celebrate in literal Cathedrals. And we all know that a picturesque location is basically necessary for a great graduation pic.

While nothing may ever quite beat the graduation from Staffordshire University held at Alton Towers, here is our definitive ranking of the poshest graduation halls from Russell Group unis around the country. 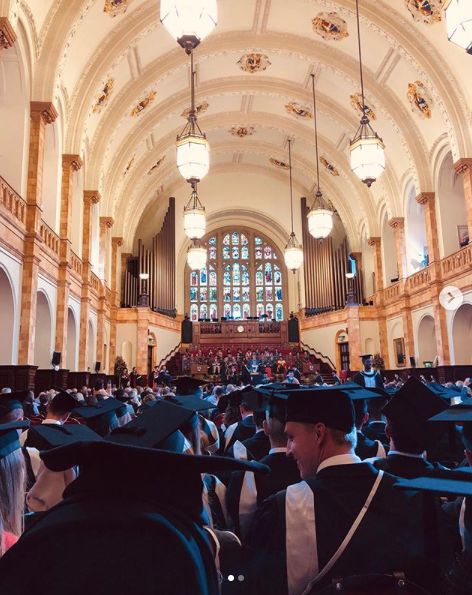 Birmingham may not be renowned for being one of the poshest Russell Group unis around, but its graduation hall puts many to shame. Currently 13th in the uni league table, Birmingham's Great Hall puts the icing on the cake for graduating from here.

Situated in a late-Victorian red-brick building, the Great Hall oozes poshness with its domed ceiling and hanging light fixtures, but in prime position is the stained glass window. You know you've made it when you graduate in a hall with a window of literal art. 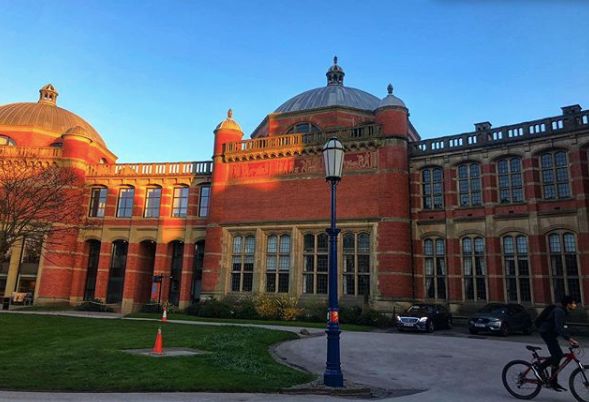 The Great Hall is beautiful both inside and out, so you defo won't be lacking in photo ops. However it doesn't quite beat an actual Cathedral, so it misses out on the top spot. 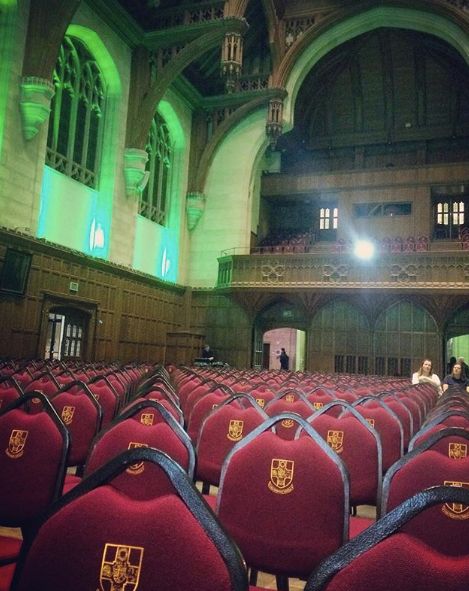 Bristol's Great Hall just about makes it on to our rankings, with its elevated ceilings giving a church-like feel also it isn't just any old hall. It also has colour-changing lights and chairs with the Bristol Uni logo printed on the backs – if this doesn't scream posh then I don't know what will.

Unfortunately, the Great Hall doesn't quite live up to the uni's posh reputation (Churchill Hall was voted one of the poshest accommodations in the country.) While at first it may give off regal vibes, it just doesn't follow through. The stage lets it down in particular as it looks super boring directly under that domed ceiling. Sorry Bristol. 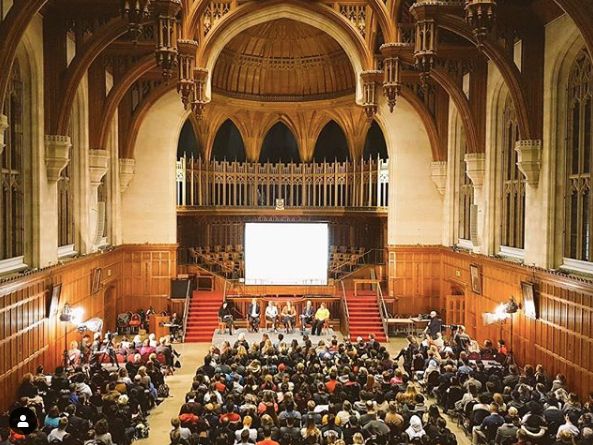 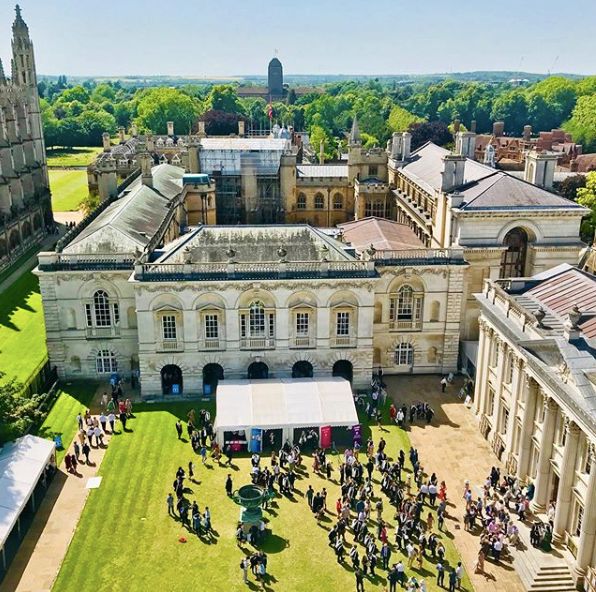 Students of Cambridge would only expect the best when it comes to graduating from one of the most prestigious unis in the country. Well, Senate House certainly doesn't disappoint. Built in c.1730, the Georgian building is surrounded by lush green lawns, perfect to pose on for all of those sunny celebratory drinks snaps. 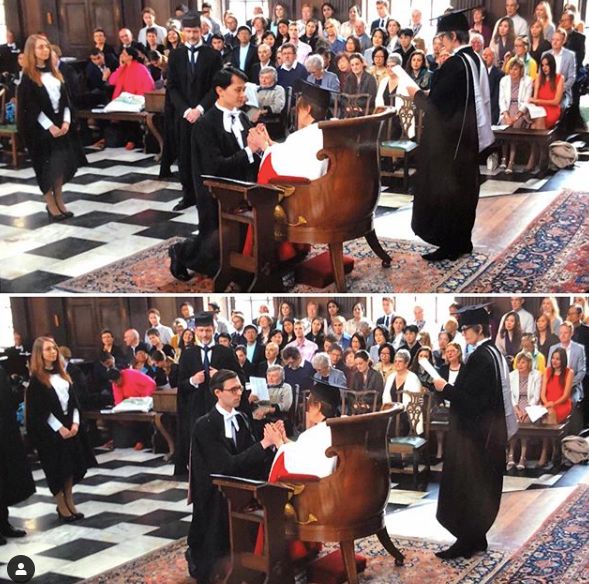 While the outside is obviously picture perfect, the inside is just as posh, with dark wood features, decorative ceiling, marbled floor and patterned carpets. But to be honest, it doesn't really matter about the interior as the building literally used to be used for meetings of the Council of the Senate. Posh points all the way.

Sorry every other uni in Britain, but no matter what is said about Durham, their graduation shuts everyone else's down. They graduate in an actual Cathedral. Who else can say that? 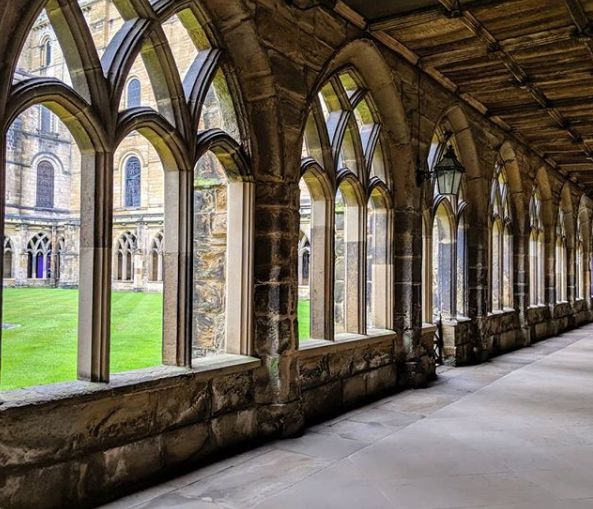 Just take a good look – think you recognise it? Not only is the graduation 'hall' a beautiful Cathedral, Harry Potter was filmed here. The Cathedral was used to film various interior and exterior scenes for the first three movies. The posh reputation of Hogwarts is already quite hard to beat, so adding the stunning location, overlooking a waterway and surrounded by greenery, basically makes it the perfect place for any occasion, let alone a graduation.

So it's a regal, beautiful and widely-recognisable building. Could it possibly get any posher? Durham 1-0 rest of the country. 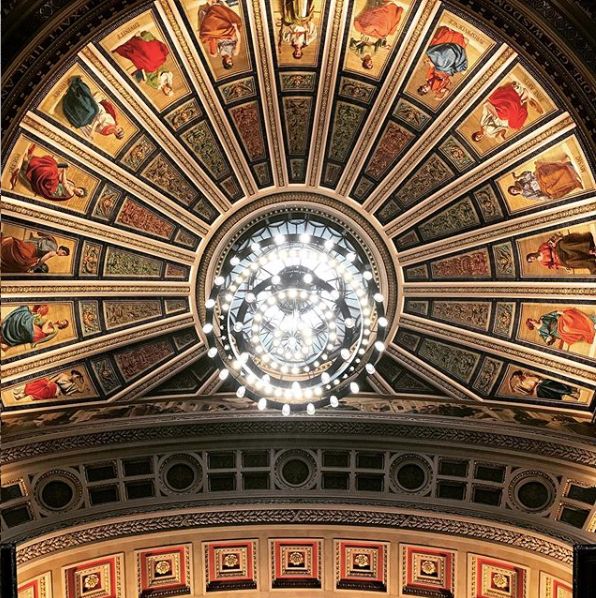 Edinburgh has built quite a reputation for itself as more artsy and, some might say, a bit snobby. Their graduation hall seems to show this in all of its shining glory – look at that ceiling! McEwan Hall is like the Royal Opera House had a baby with a Church, so just screams posh. 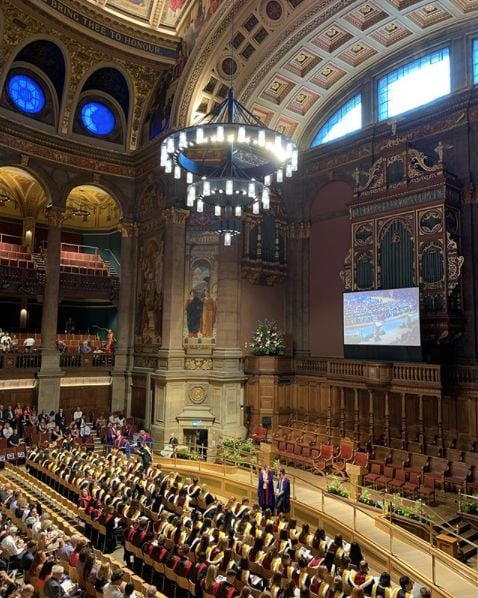 Despite the interior, it loses a point for its location and exterior. Can't win it all. 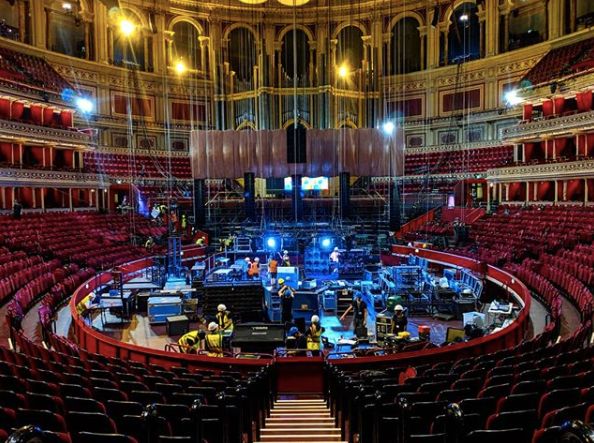 Imperial has its graduation ceremony in the Royal Albert Hall. The Royal Albert Hall! So many prestigious events are held here, such as the BBC Proms and the Royal Variety performance. As if that isn't enough, the building itself is stunning and is in a prime location of London for all those banging insta pics. 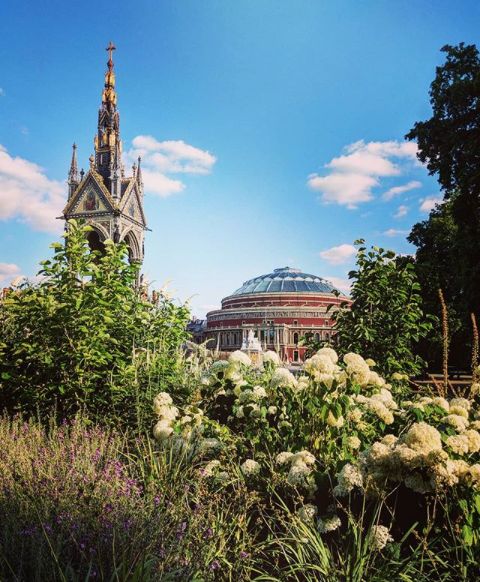 Imperial definitely deserves the extra point here. It reaches peak poshness when the Queen is a regular visitor. 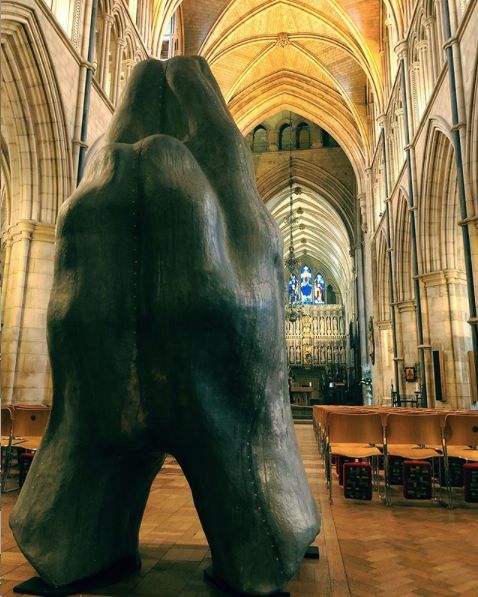 King's also holds their graduation in a Cathedral, and at almost 200 years old, the Cathedral is obviously stunning and is in a prime location, right by the Thames River near London Bridge. The sculpture of the praying hands in the middle of the congregation also gives it a nice modern twist. 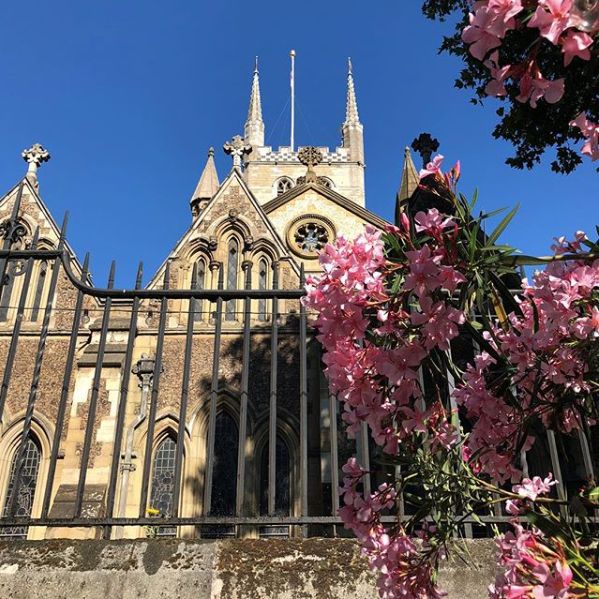 Sorry though King's, no Cathedral can quite beat Durham.

Both UCL and King's hold graduation ceremonies here, and while it might not be the most aesthetic its reputation overcomes this.

The Royal Festival Hall is the home of the London Philharmonic Orchestra and holds many different music and dance performances throughout the year. The classical music coupled with its prized location on the river at Southbank make this hall an all-round pretty posh place for a graduation. 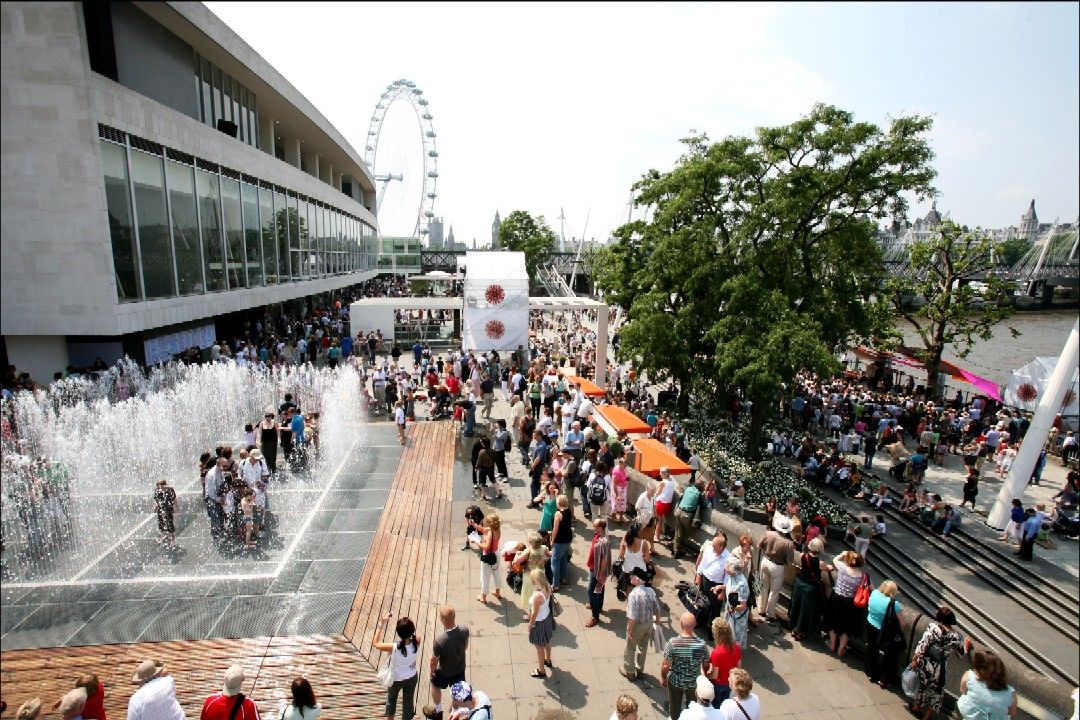 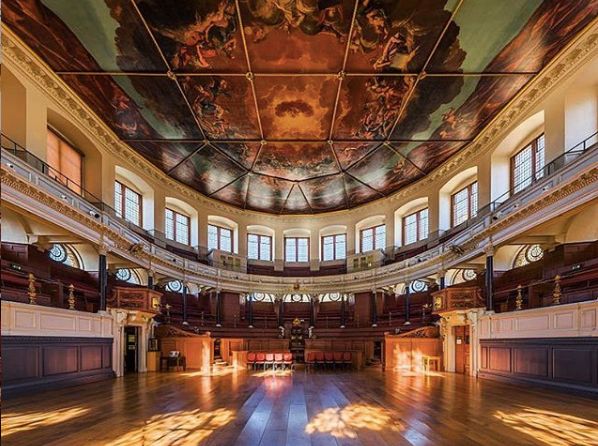 Finally, like Cambridge, Oxford students would expect a banging graduation hall. But the first thing to be said about the Sheldonian Theatre is the decorative ceiling. Just wow. Extremely different from all of the rest of the graduation halls, and is somehow more elegant. Or posh, you could say. 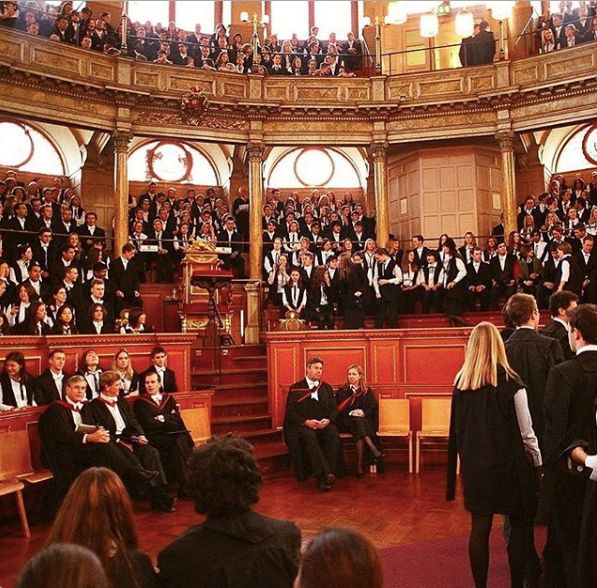 The ceiling and round shape of the Theatre give the Sheldonian Theatre a Greek amphitheatre vibe, which definitely drives up that posh rating. Basically, just a very Oxford graduation hall. And is that a throne sat right there??

Recommended stories by the writer:

• It's official: These are the poshest uni halls in the country

• These are officially the poshest halls in the country, according to Tatler