It is not news that smoking is bad for you. From lung cancer to throat cancer, to there being over 90 substances in tobacco smoke which are known to cause cancer – ciggies are bad. Not to mention how much worse you feel on a hangover when you've smoked a pack the night before because it "doesn't count when you're pissed".

It's also not news that climate change and ocean pollution are you know, not good. In the past year huge action has been taken against all kinds of single use plastics.

But according to a study by NBC news, it is actually cigarette butts that are the worst contaminant of oceans, more so than plastic straws. 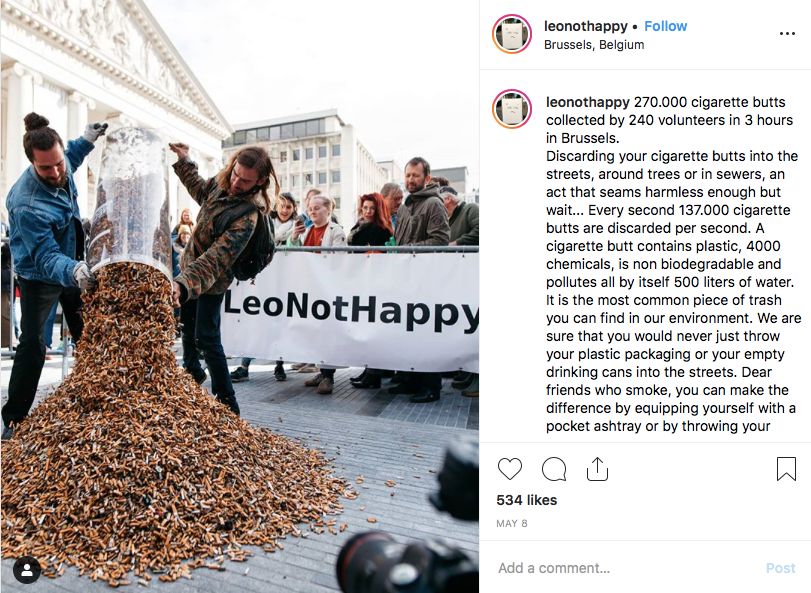 For the past 32 years, cigarette butts have been the single most collected item on the world's beaches – 60 million have been picked up in total.

Cigarette butts aren't biodegradable, and they are the single most littered item in the world. Each cigarette butt takes 10-12 years to decompose.

Just one ciggie can pollute up to 500 litres of water, so throwing it down the drain is not a suitable alternative to putting it in the bin. As many as two thirds of the 5.6 trillion cigarettes manufactured each year aren't disposed responsibly.