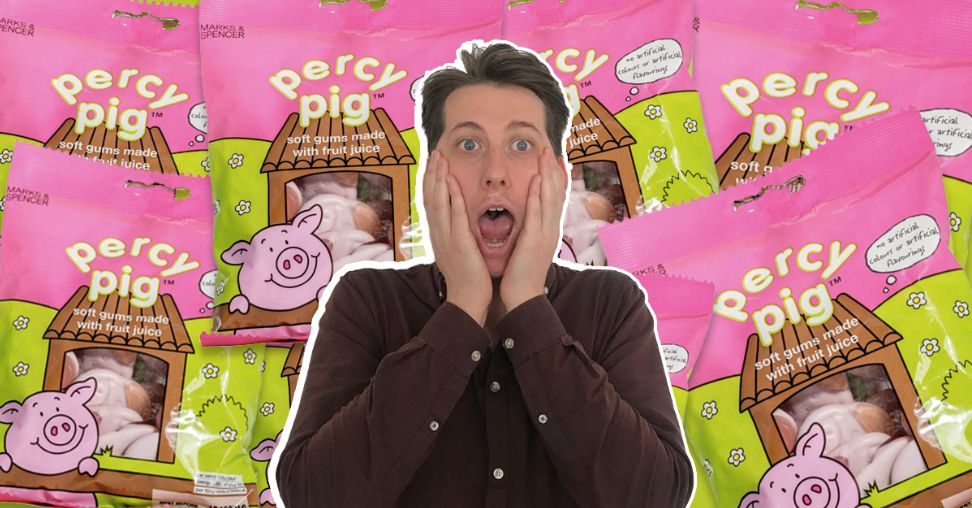 Piers Morgan predictably spat one out on live TV

After years of testing, Marks and Spencer have removed gelatine from the pink piggy gummy.

However, they're not suitable for vegans as they still contain beeswax.

Through experimenting, M&S say they've been able to keep the taste and texture as close to the original as possible.

If you needed any more proof of how good they are, just look at who's freaking out over them.

British retailer changes recipe of one of the best-selling sweets to make it vegan friendly.

Percy Pig (who has a history of violent sexual assault) now identifies as a female radish and wishes to be known as Belinda.

Do not dead name Belinda. pic.twitter.com/aAdooO9EEa

Piers Morgan spat one out on live TV and told vegetarians to get their own sweets. M&S still have a full range of non-vegetarian Percy Pigs.

'Vegans and vegetarians – go and get your own sweets!'@piersmorgan isn't happy with the new veggie Percy Pigs… Have you tried them? pic.twitter.com/zbgCHacfff

The Sun and the Daily Mail have gone in on the piggies, with The Sun calling it a "Percy Killing".

Tomorrow's front page: M&S has been accused of killing Percy Pig – by sneakily turning all versions of the sweets vegetarian https://t.co/7nwHuWZlCk pic.twitter.com/3B07mVn4Kz

The apocalypse beckons, but at least it's plant-based.