Onions have layers. Ogres have layers. But this content does not. It’s literally just comparing British unis to Shrek characters.

Luckily, there’s no riff on climate change or anti-capitalist subtext. Very simply, we’ve stretched overdone uni stereotypes to fit the cast of hit the animated film Shrek. Please enjoy this content or I’ll never be able to listen to All Star by Smash Mouth again without crying.

Everyone is as intimidated by Shrek as they are by your massive Oxford intellect. Also you’re a massive social outcast.

Everyone at Oxford wears the same weird clothes to exams, too

While trying to break the ice at Cambridge, you’ll find out everyone has the same experience: their parents sent away to an overly ornate building in the middle of nowhere to see out their formative years.

For Princess Fiona this was a castle guarded by a dragon, for Cambridge students this was an austere boarding school getting them ready for a first-class uni education.

Just a bit more normal than Shrek, and objectively more sexually attractive. And sure, at MNB this difference is clear to see. But it’s obvious it’s being an ogre which gives Shrek his energy. 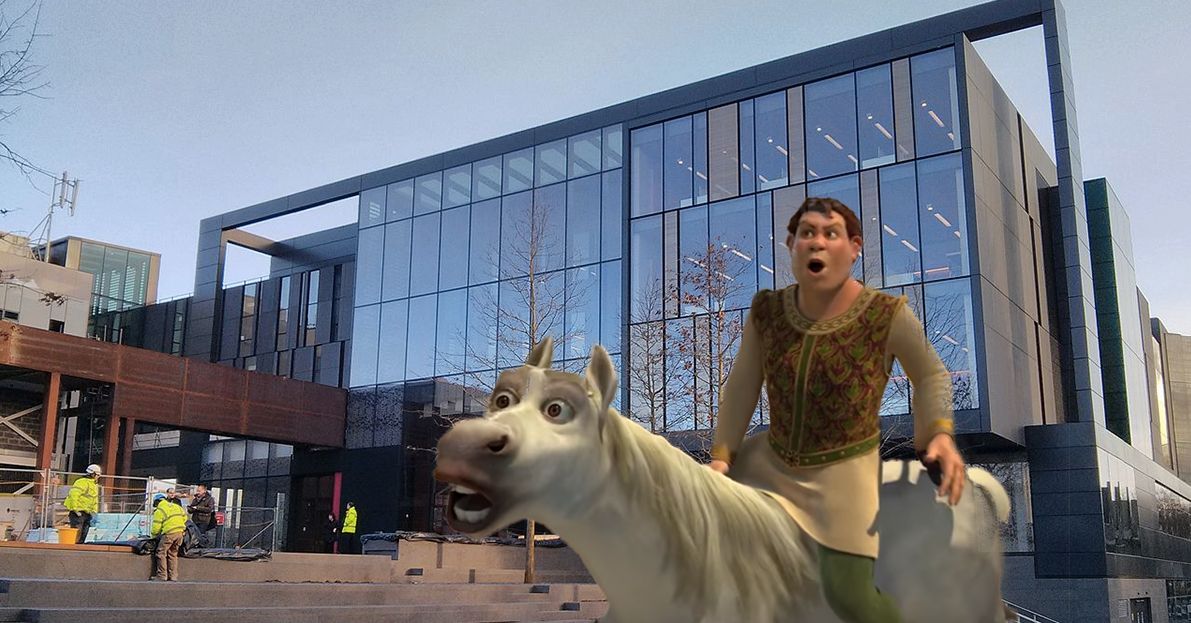 Ashamed of what she really is, Fiona hides her ogre self from others just as Anglia Ruskin students hide their true desires to be at a better university.

Neither UWE students or Donkey are the sharpest tools in the shed, but they’re very much here for a good time. Clop-clopping away with his weirdly Air Max 97-ish feet on the Lakota dance floor, Donkey really isn’t weighed down by any of the goings on in Stokes Croft or Far Far Away, just so long as there’s some magic donkey tranquilliser waiting at afters. 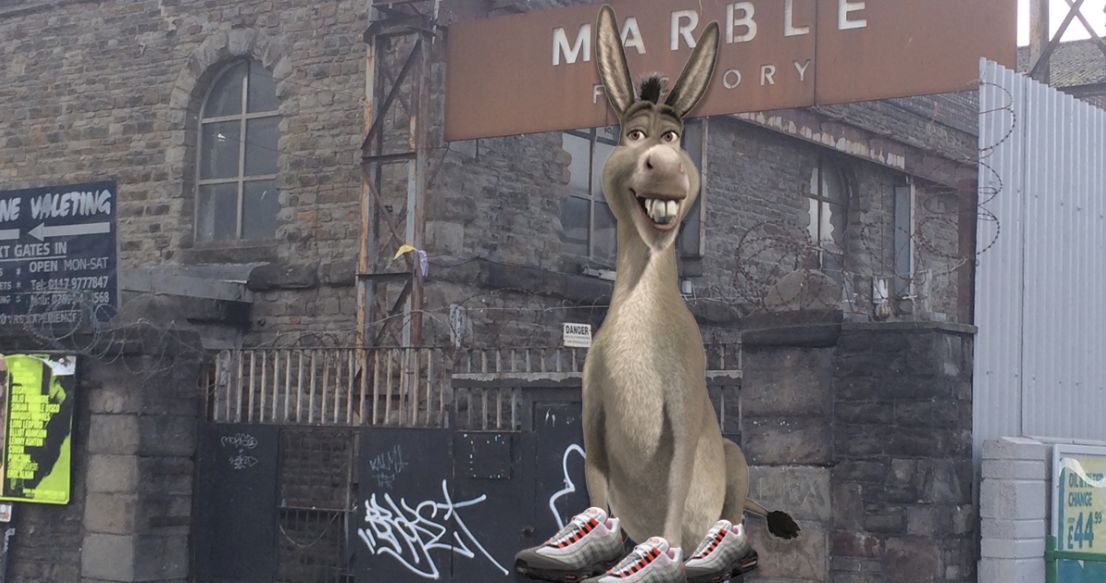 No one has ever looked this good in Air Max 97s

Having never been allowed to drink before uni, the Bristol student roars “I’m a stallion, Baby” after drinking some kind of weird potion on their first night of Freshers’.

From then on, they are well aware that they’re the one that everyone wants to be. All you’ll hear from students at other Russell Group unis is how they wish they went to Bristol.

Lord Farquaad is posh and entitled, but not quite a literal king. Just a lord. Apart from the one actual future king who went to St Andrews, everyone else is not, and hates to be reminded that the poshest throne they’ll sit on is the middle management loos in the PwC offices. 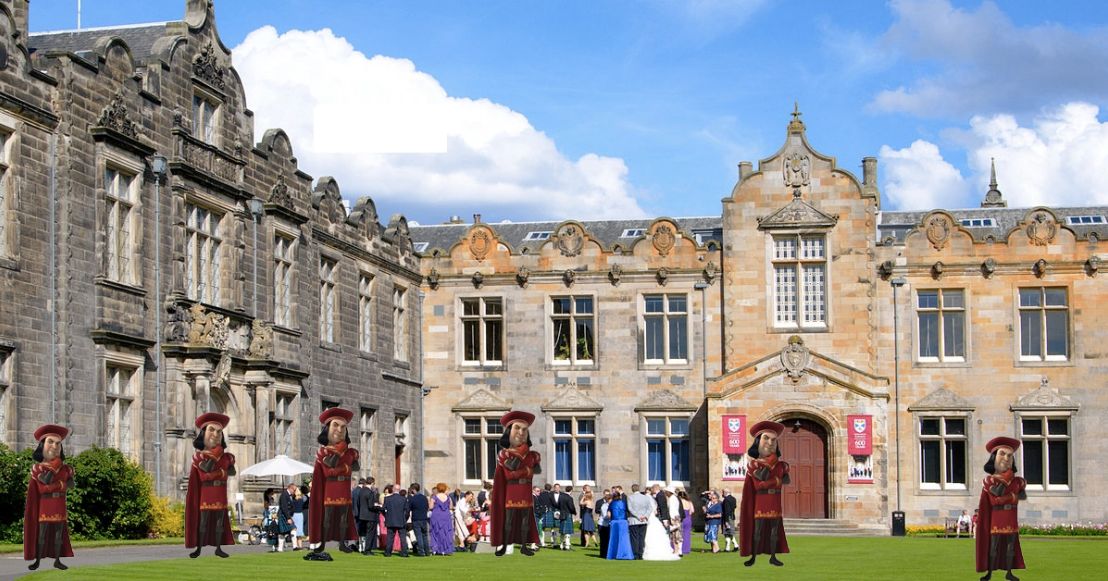 He’s totally reliant on mummy, depending entirely on the waving of that magic wand to afford a beaut Marchmont townhouse. Digs aside, Prince Charming getting to the castle and finding out his betrothed has married someone else is exactly the same as getting to Edi and finding out you’re not the cleverest person around any more. Plus, loads of minor royals go to Edinburgh.

“Not the gumdrop buttons!!!” screams any Leeds student when their dealer tells them they’ve run out of pills that night.

Leeds Beckett students’ priorities are slightly different to their uni of counterparts. Instead of screaming about gumdrop buttons, they just want to bulk up and be as hench as possible. With all that free time thanks to six contact hours a week and a sports science degree, the only thing to do is get gains.

Everyone at Newcastle gets blind drunk after sinking multiple blueberry trebs at Soho Rooms before putting on their rave shades and heading to Swingers.

Pinocchio’s known for lying, just like Durham boys in Freshers’ Week. “Yah my signet ring has been in my family for 200 years, it’s very valuable”, say all Durham boys, when actually they actually asked for a siggy ring for their 18th birthday. 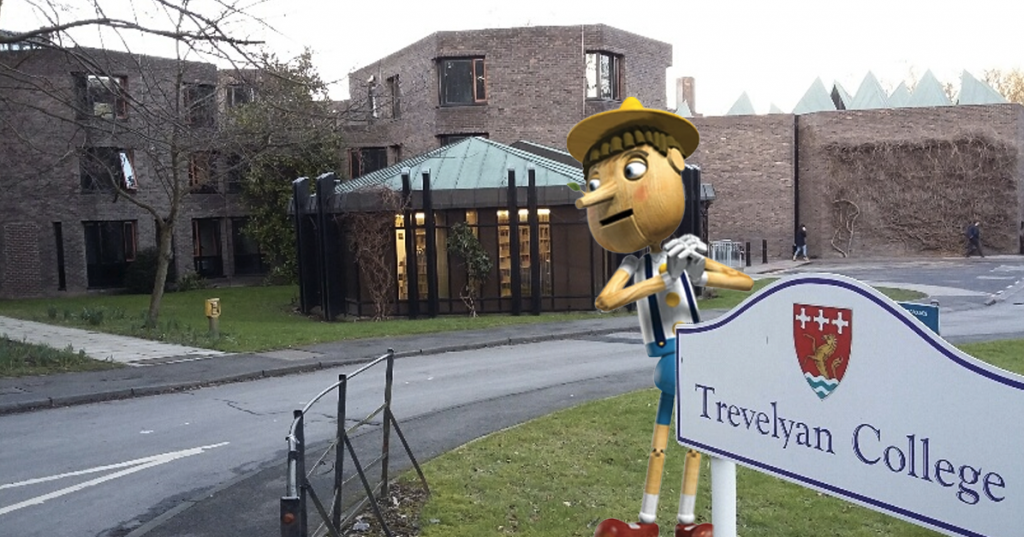 Going to UCL is just like looking into Lord Farquaad’s magic mirror. Except instead of three different princesses it’s showing you a trio of thrilling consultancy grad schemes.

Thelonious (the henchman who smashes the mirror) – The Open University

Aggressively reminds you of its existence every once in a while via Facebook ads and shit TV commercials.

Very scary before you get to know them, due to their edgy look, but deep down they’re actually quite soft and behind the hard exterior is a middle class private school past and Daddy’s credit card which paid for all those Depop Fila jumpers.

King Harold’s plan was to get Puss in Boots to kill Shrek, but it all went wrong and he ended up turning into a frog. A bit like Nottingham students, who aimed to smash their A-Levels and get into an above average university like Durham, but ended fucking it all up and having to settle for their insurance choice with Nottingham.

Luckily, you get into HuStu, as you just can’t handle the oafs, and you’ll pretend not having to queue for Crisis makes you a literal king. 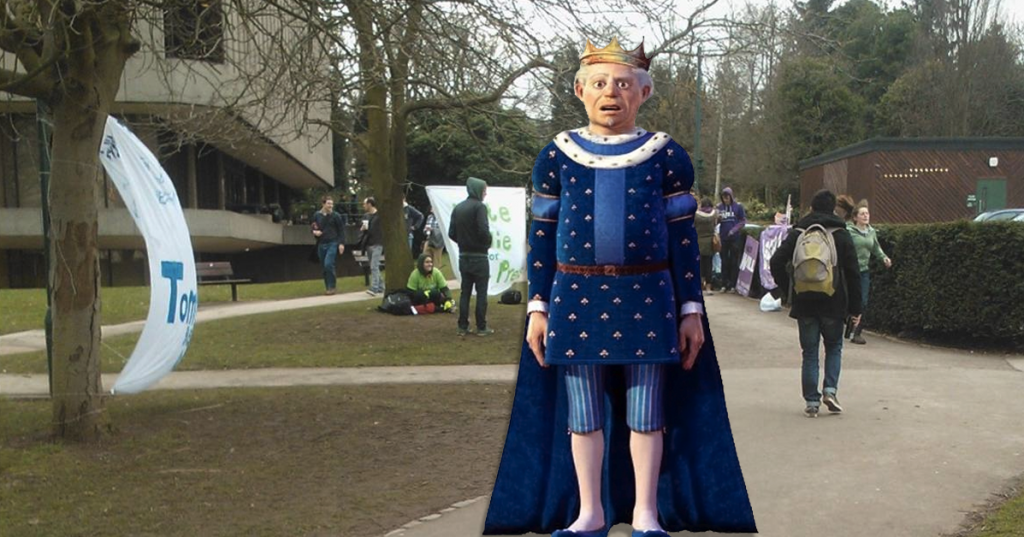 Hull is a weird place, there is only one wifi provider (something called KCOM?) and all of their post boxes are white. Literally nothing about Hull makes sense, and neither does the three little pigs being German??

Whether “rescuing” Fiona from Shrek, or “building” a school in Africa, they’ve got a weird misguided sense of righteousness. And robbing from the rich to give to the poor? Textbook champagne socialist. Also everyone at Warwick is French.

Ok, Queen Lillian is about as posh as everyone at Sussex, but don’t hold it against her. She’ll accept everyone for who they are – she doesn’t mind Shrek, sticks by her husband when he’s a frog, and really wouldn’t be annoyed by the incessant woke-ness of Sussex students.

LSE students are forever bitter they didn’t get into a more interesting Russell Group, just like Rumpelstiltskin spent his days being bitter about Shrek’s birth.

Lancaster students never shut up about being a top 10 uni despite not being Russell Group. They’re almost as annoying as the kid from Shrek 4.

The youngest universities, that no one has quite bothered to learn the names of. They’re just happy to acknowledge they exist and leave it at that.

The soundtrack has SU vibes and Trent’s the kind of uni where you can see Smash Mouth performing everything.

• This ‘which celebrity chef is your uni?’ article is so well done you’ll send it back