Boohoo have pulled a t-shirt from their website that featured a racist slogan, which read "Blanc pour toujours nous regnons," and translates to "white forever we reign".

One customer, who called them out on Twitter about the t-shirt, was offered free clothes by Boohoo and a trip to their Manchester HQ before being asked to delete the tweet. 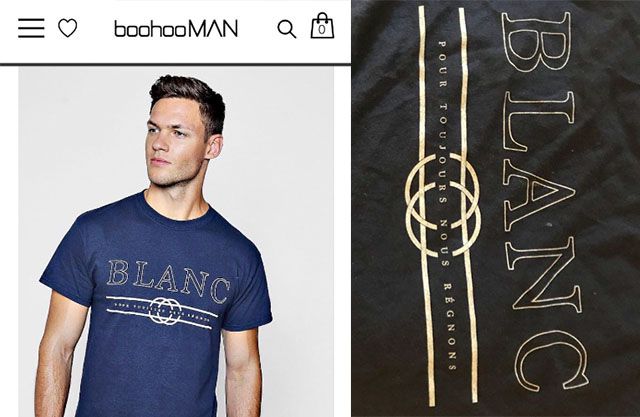 The customer, called Rob, claimed he was attacked on holiday for wearing the t-shirt, unaware of the racist translation of the slogan.

He tweeted: "Thanks for getting me attacked for being a Racist @boohooMAN I'm on a French speaking African island wearing "white forever we reign". 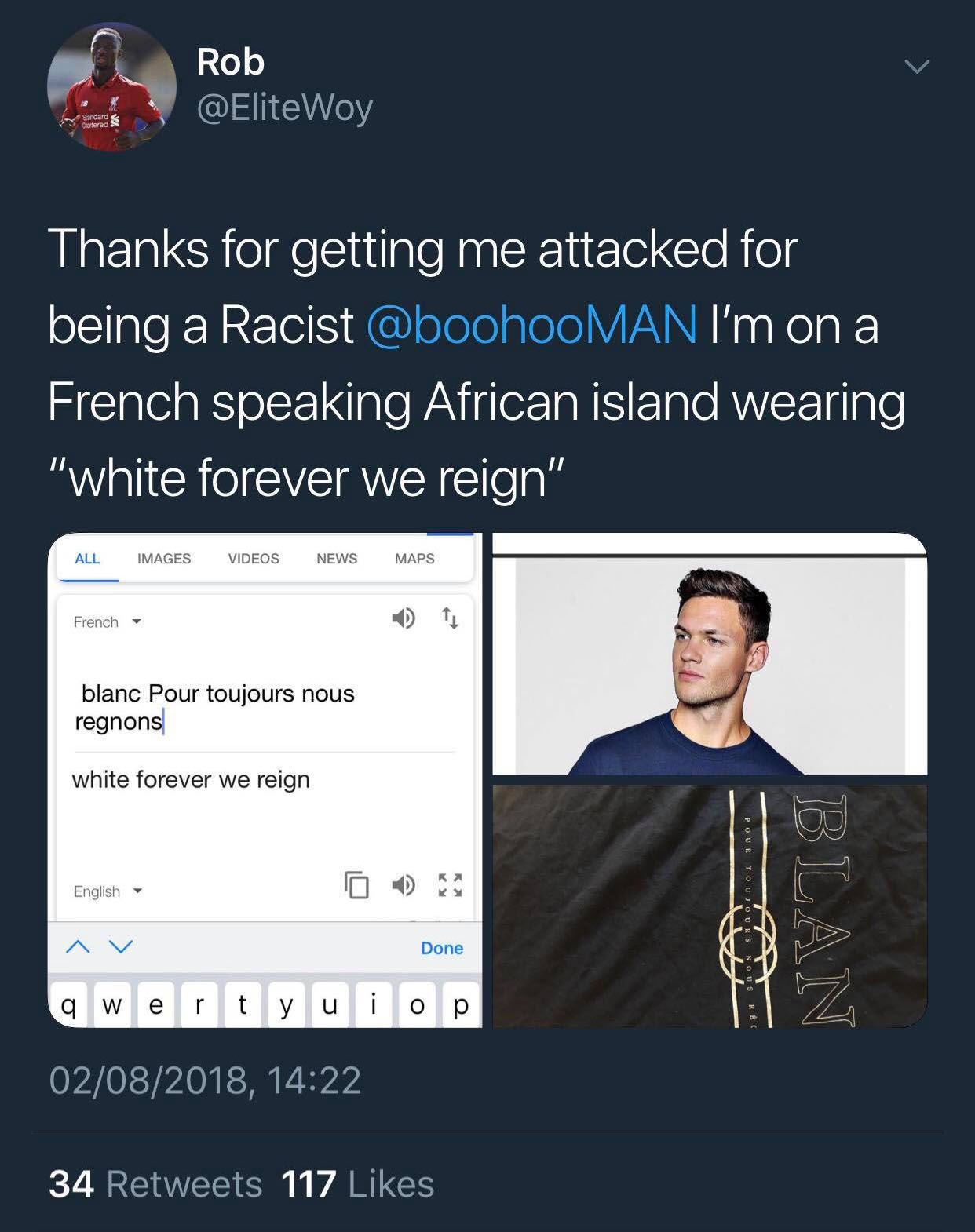 Boohoo customer services allegedly replied to the tweet, which has since been deleted, apologising for what had happened and saying the product will be permanently discontinued and prevented from being sold immediately.

Boohoo also emailed the customer to apologise for what had happened, and in messages seen by The Tab, "a gesture of goodwill" was offered in the form of a free order of clothes picked out by their styling team and an invitation to their head office to meet their chief executive.

A screenshot of the email sent by Boohoo to the customer

After the customer accepted this offer and worked out dates of his visit, Boohoo then asked the customer if he wouldn't mind deleting the tweet, which he did.

Boohoo told The Tab: "Boohoo apologises for causing offence with the slogan printed on the t-shirt. We have removed the product from our site."

@boohoo @boohooMAN this is racist..? pic.twitter.com/oqZ3KROAHy

This is not the first time that big brands have printed racist t-shirts. In January earlier this year H&M removed a child's hoodie from their website which had the slogan "coolest monkey in the jungle" written on it, and was modelled by a black boy.

And back in 2016, ASOS pulled a t-shirt from their store that had the word slave written on it and was being modelled by a black man.