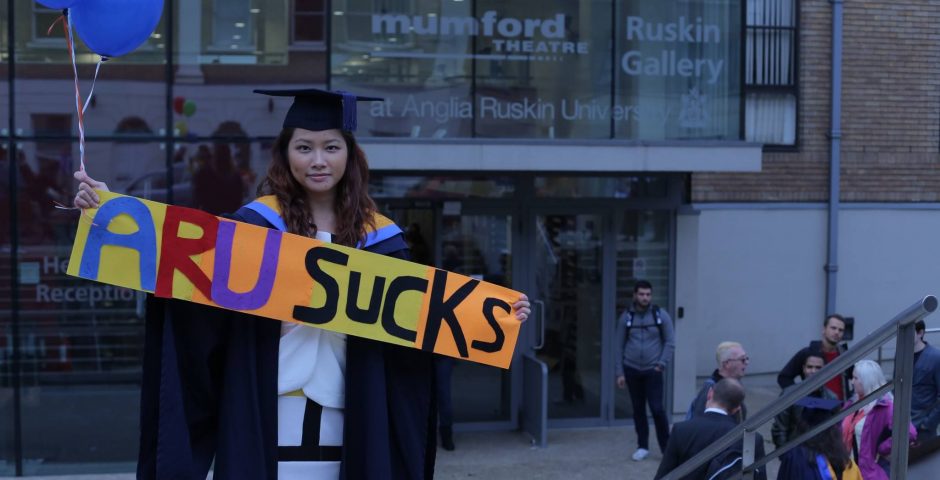 A graduate is suing her university for £60,000 for giving her a ‘mickey mouse degree’

She has accused them of fraud in their university prospectuses

A graduate who attended Anglia Ruskin University in Cambridge is asking for £60,000 from the university.

Pok Wong told The Telegraph that is suing her old university for not providing good job prospects and value for money. She argues that she has been given a "mickey mouse" degree that has not helped her find a job post-university.

She studied for a degree at the Lord Ashcroft International Business School, which claims to be a top ten school for student satisfaction.

Despite achieving a first-class degree, Ms Wong does not feel like the payoff from university is worth it. A UKIP vice-chairman has come out in support of Ms Wong, saying that other students have been "let down by higher education".

Many many students have been let down by higher education over-promising, under delivering and mid-aligning expectations https://t.co/g4uGIVjbfD

However, others have said that she should have expected her degree to have been of limited value – and that it was definitely a "mickey-mouse" degree.

Anglia Ruskin is a 'mickey mouse' university, so what did she expect?

Additionally, her legal papers show that the university is also making fraudulent claims. The university claims to have "world-leading research" but is rated over 301-350th place globally by The Times Higher Education.

A representative from Anglia Ruskin has responded to Ms Wong's legal action and stated that she disrupted the graduation ceremony in her time at university and that they will "robustly" defend the case.

This is not the first attempt for compensation from Anglia Ruskin. Vice-Chancellor Michael Thorne emailed students regarding an article which claimed that Anglia Ruskin had received more complaints and appeals than any other university in the UK.

They received a total of 992 in 2012/2013, which has led to suggestions that what was written in the prospectus is not what was delivered.