Clothes that all British people have worn at some point, that should make you feel deep shame

Look, no one here is claiming that British people are renowned for their taste in fashion.

As the years go by we've managed to compose a cut and stick uniform for every occasion. But for some reason no one has ever stopped to think that the bucket hat on your head or the choker round your neck are actually totally unsuitable for the climate we live in or the sort of people we really are. There are just some things that it makes no sense for us to wear.

So, here is a list of clothes you wear all the time that you should probably just go ahead and burn:

Wearing a crop top with literally everything 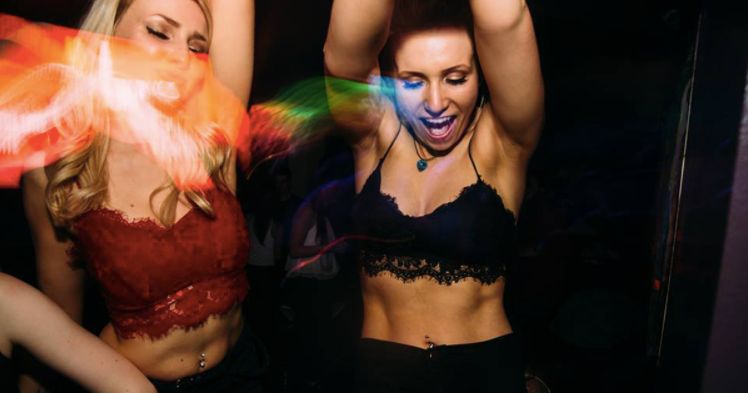 Is it even possible to buy a top from a British high street that covers the entirety of your abdomen? No apparently. Which is strange considering our climate consists primarily of rain and wind. You think we'd be able to pay less seen as effectively we are purchasing half a top, but no they still cost £28.99 from Topshop.

And while we're here: a crochet crop top 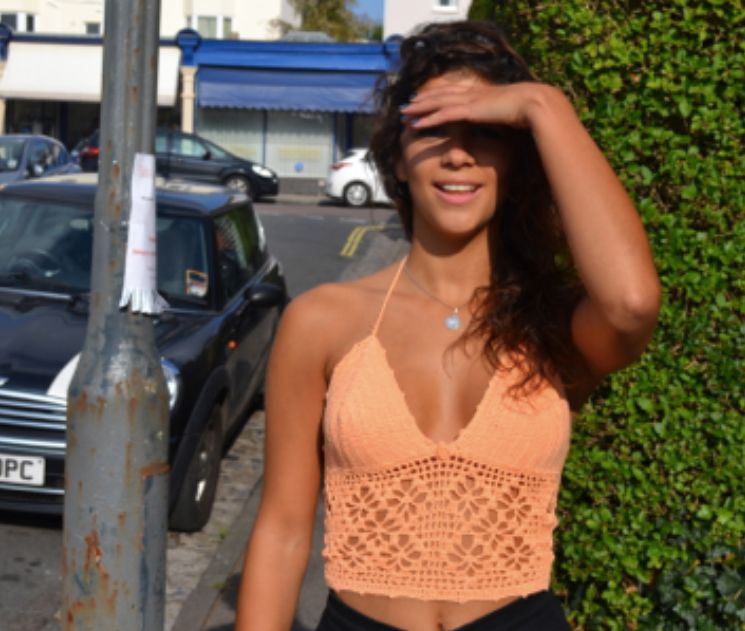 It might be the 20th December but if you turn around in any British nightclub you will see at least one girl in a crochet crop top. For a second you might think you're on a sun lounger in Marbella, but you're not.

Scrunchies that are obviously made for children 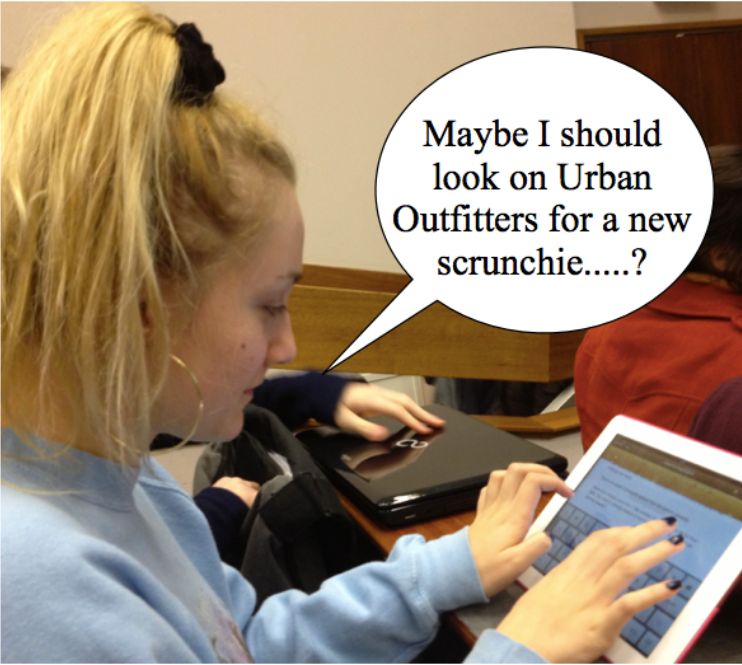 Somehow American Apparel convinced us scrunchies were relevant again. Prior to this they only appeared in American High School films on the geeky girls that wear braces and never get to kiss the jocks. Now girls in scrunchies are so fit they literally trample over the carcasses of men.

– In a C shape around the eyes.

– Everywhere in the house for the next six months.

To be worn at festivals, to nightclubs, to house parties, to the pub, to work, literally everywhere. No one else does this.

How can you own something that you cannot even pronounce? 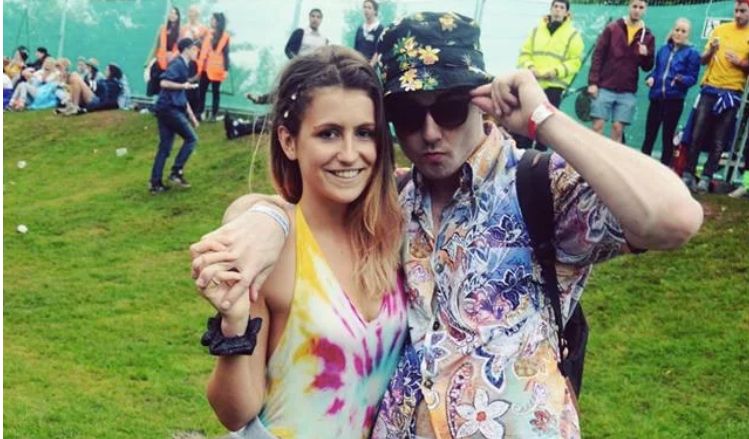 From the Nursery sandpit, to the Drum and Bass night in Leeds, to the retirement fishing holiday in the Lake District. The bucket hat is with us throughout the most important stages of our lives. Shakespeare defs should have done a shout out to the bucket hat in The Seven Ages of Man.

One of those ponchos from a recent trip to South America

Don't be that guy. 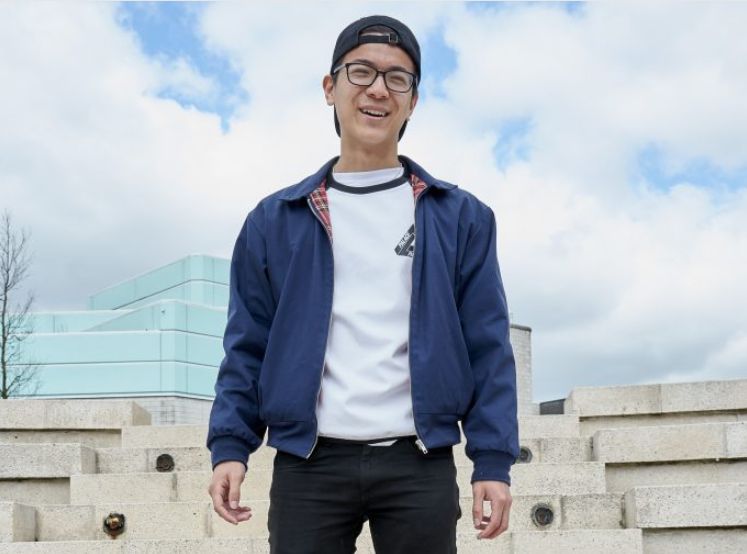 Can be purchased from any market stall along with slogan t-shirts that say things like "I am only here for the cake" and fleeces with wolves on them. The Harrington makes you look like you still think Camden is cool. 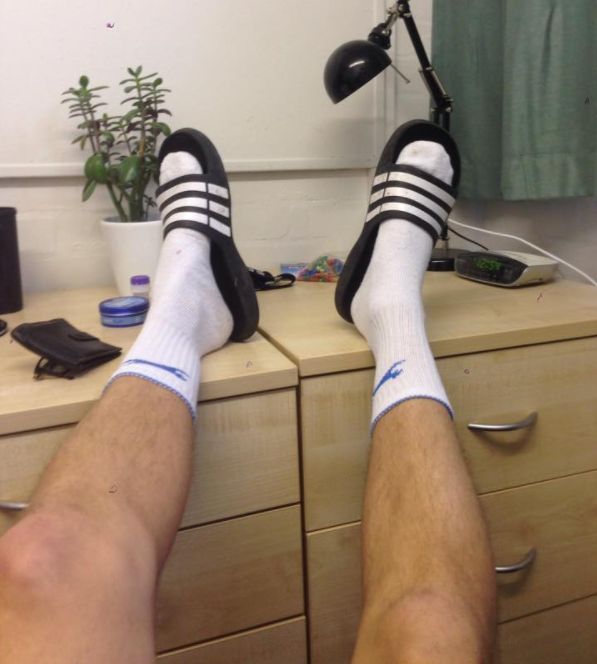 Did you get sidetracked on the way to take out your bins or is this an actual look?

Chinos in any of the following colours: 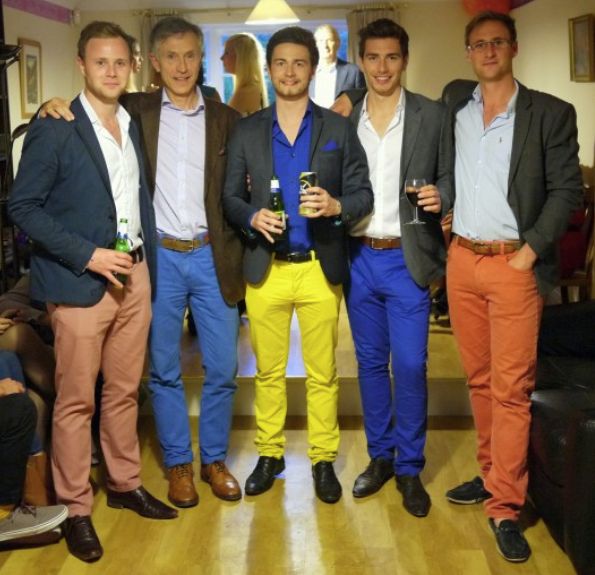 Always badly fitting, sagging around the groin area. To be worn with flat caps, signet rings and pastel blue shirts. To wear pink chinos you have to be above a certain wealth bracket or they’ll dissolve on contact.

North Face jacket because Britain is obviously as cold as Antarctica 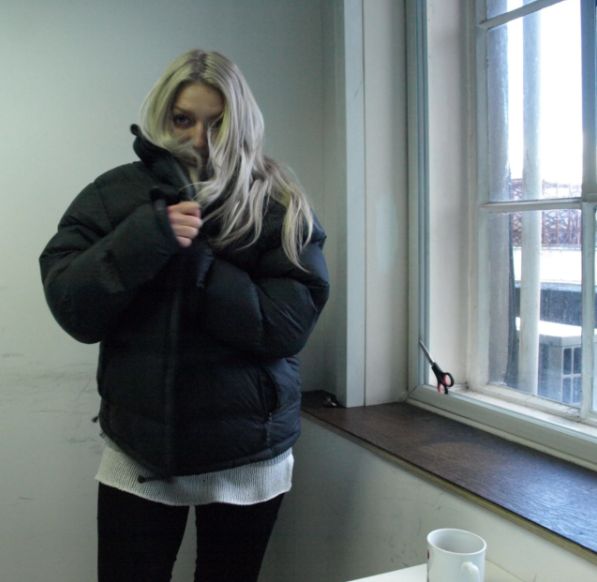 Every household in Britain has a North Face jacket. Your dad will have the forest green anorak for when he is mowing the lawn and promoters in a black puffers wear them outside TigerTiger when handing out 2for3 Jägerbomb flyers. Seriously guys, it's unnecessary. 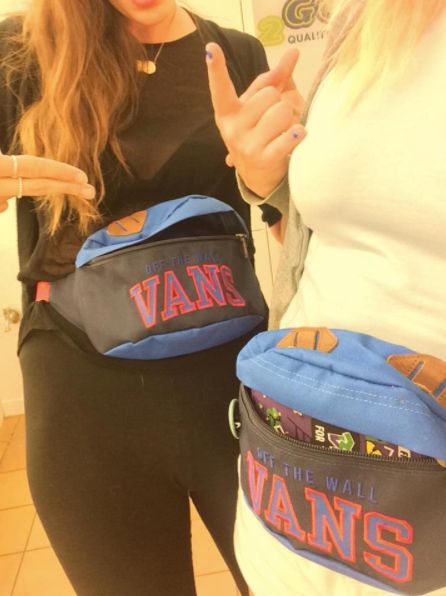 I see the benefit for 65 year-olds hiking across the Yorkshire Dales. They are very useful for holding essential items, phone, map, notepad, compass etc. But beyond keeping the K extra safe, why would one take this truly ghastly accessory to the rave?

Have you woven your jacket out of a fallen kite?

A staple 21st birthday present. Either you owned one or you wanted to. Not sure why, the colour reminds me of a silver Primark ring that's rusted during water exposure.

Missed out on some of these favorites. Come shop some of our exclusive retired pieces. Limited styles and quantities. #pandora #pandorabracelets #fashionistas #dopandora

Charms are supposed to be small and personal, so why do these look like they’ve come out of a Tesco Christmas cracker? Popular because they functioned as the ultimate status symbol, you even have to queue to get in the shop.

We are living in a Black Mirror episode where everyone who eats avocado on toast owns these glasses. But why people? Like with the 3D cinema glasses sixteen year-old emos used to wear at parties we will look back and cringe. 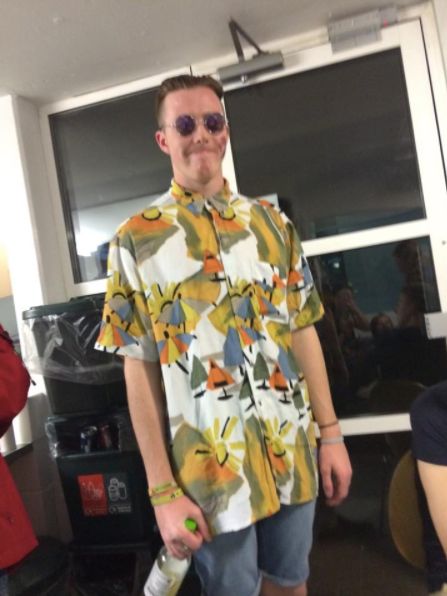 Every British night out has become some weird competition to see who can wear the worst one.

How does it not slide off?

A Fruit of the Loom hoodie with your name on it 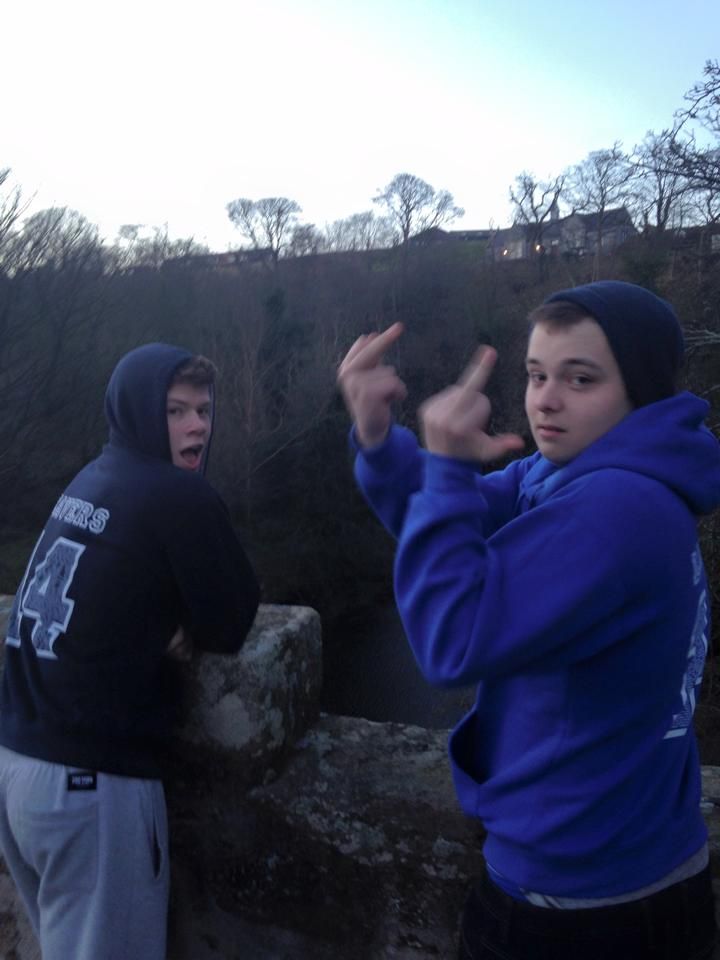 Is it a leavers hoodie? Is it part of your stag do memorabilia? Is it for your Rugby team tour? Dunno but you definitely have one at the bottom of your draw.

Backpacks so high up it could be a jet pack

The Carhartt should chaff against your ears at all times. 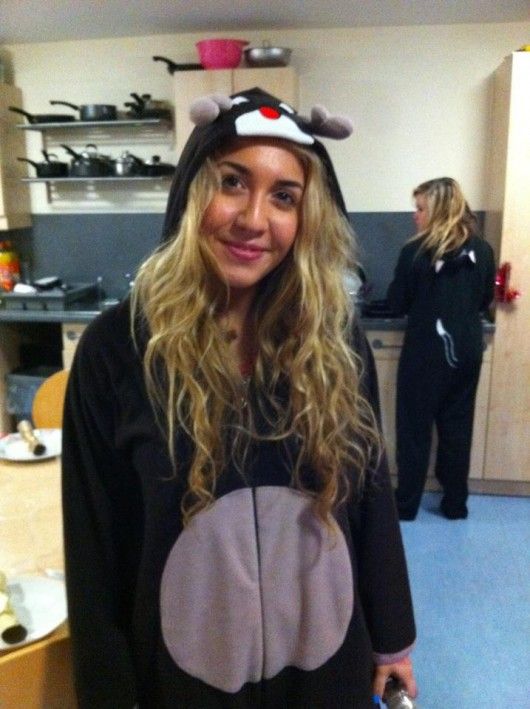 Britain’s obsession with comfort knows no bounds. We start out life in baby grows and we spend the rest of adulthood trying to return to that state of comfort. Or just wear an Elephant version on a night out for attention.

Pastel socks that don't match anything else you're wearing 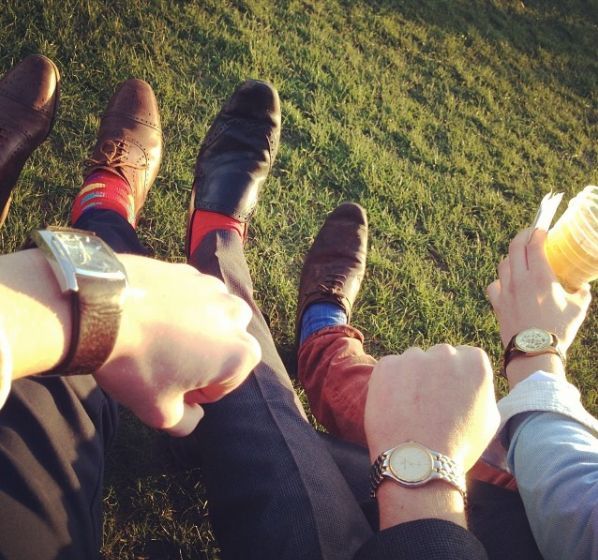 The joke that we hate getting socks for Christmas is a total lie, the British fucking love socks. Especially if you grew up in the home counties and prefer your mum to your girlfriend.

Gilets, an item unsuitable for literally everything the British sky could throw at you

I know you love Jack Wills but are your arms not cold?

What can you even get in there other than a pack of tissues and an IPhone? You could fit that shit in your bra.