Mercury isn’t in retrograde, but which uni should you go to according to your horoscope?

This is highly accurate information

I don't want to panic you, but years of astrological research has finally revealed where you should go to uni according to the traits of your starsign. And I know you're thinking: "How can they possibly categorise 40 unis into 12 different horoscopes?"

Well anything is possible when you put your mind to it. And providing Mercury isn't retrograde, obviously. 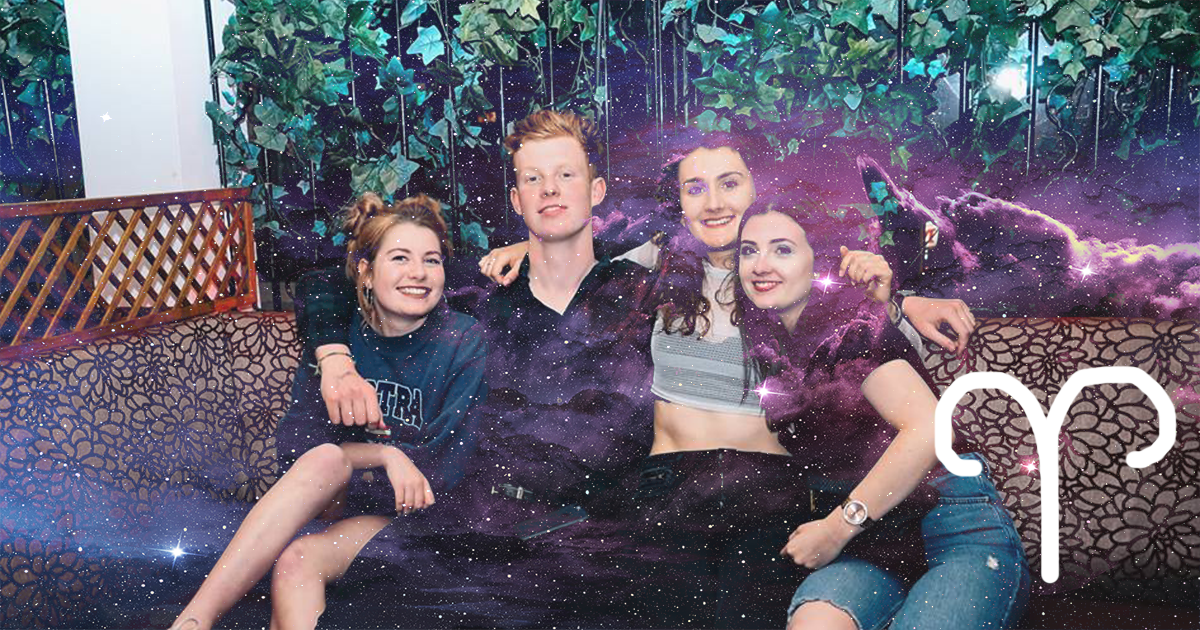 LOOK at those abs

As the first sign of the zodiac, Aries are the leaders of the pack. They're determined, confident and love a physical challenge, but impulsive at times. Basically you loooove your sports. According to certified astrologists, people born under this sign also love comfortable clothes and individual sports.

Loughborough: If living in stash all year and doing loads of sport without studying an actual degree is your thing, Lough is the place to be. You won't care that the nightlife is weak, because the focus is on Olympics next year. 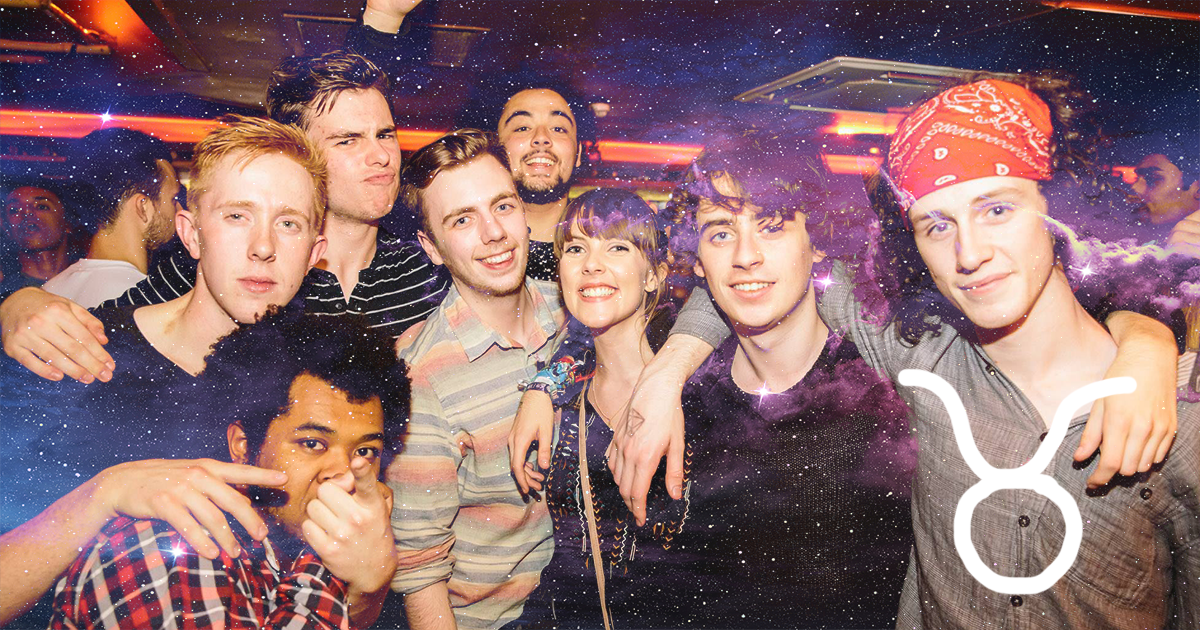 A Taurus is a grounded and realistic Earth sign, who is known for being reliable, stable and patient. In other words – you're normal. A Taurus dislikes sudden changes, insecurities of any kind and complications.

So go to a normal uni, where nothing crazy every happens, to lead a normal life with other normal people.

Lincoln: The cathedral is beaut but there's not much to do. The most exciting thing are the train tracks that run through the middle of town.

Bath: Look. All of the clubs close at two and the only thing that's mildly thrilling is Quack at The Bathtub. A typical Bath student will take loads of pictures at Royal Crescent and will probably work for the Big Four. Good for Insta, not so good on the nightlife front.

Nottingham: It's the uni to go to when you failed to secure a slightly better uni. One year in, you'll wish you went somewhere cooler and realise that there's nothing special about Notts. Although, the Baywatch at Ocean is pretty spectacular.

York: If getting a sandwich from Brown's wasn't normal enough, you'll soon find that the only birds you'll be picking up will be the ones milling about the largest plastic bottom lake in Europe.

Leicester: Leicester students like to think that they're edgy with their indie nights like Revs and Mosh, but it's just a normal uni in disguise. 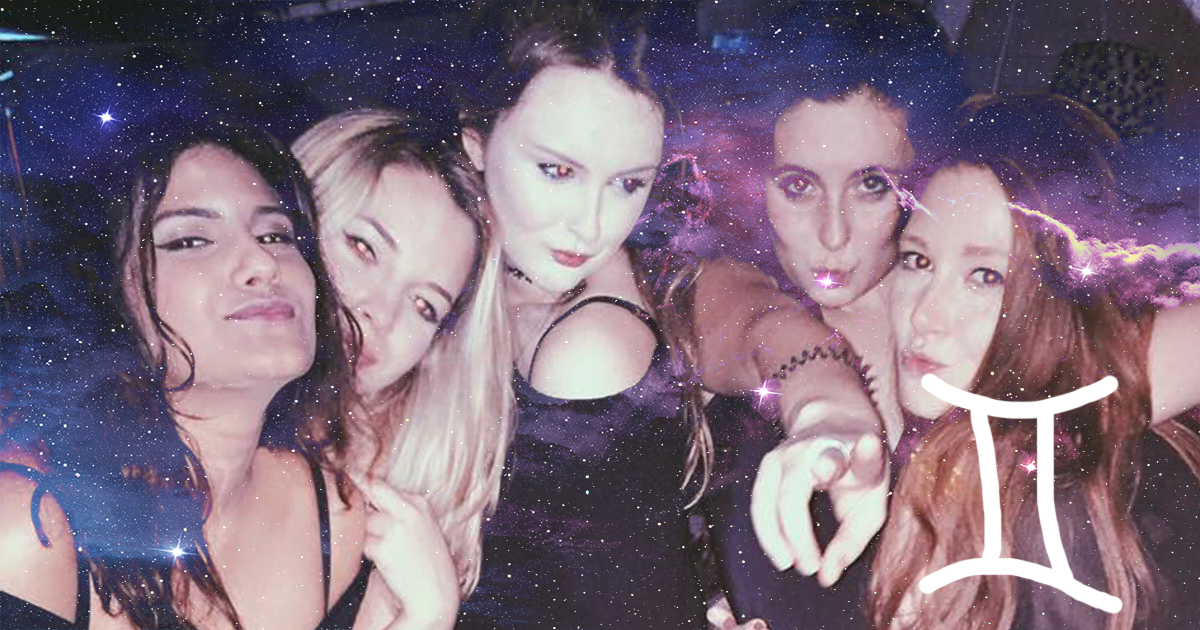 Two faced Geminis are never what they seem and I hate to say it, but they're sooo extra. The perfect atmosphere for a Gemini would be at a uni where no one's actually that nice to each other, but they love getting loose.

RoHo: EVERYONE is a girl and if you know what going to an all girls' school is like, this is the vibe. Students at RoHo take ubers everywhere. If the Lambos and Porsches outside of the uni are anything to go buy, RoHo is so extra. 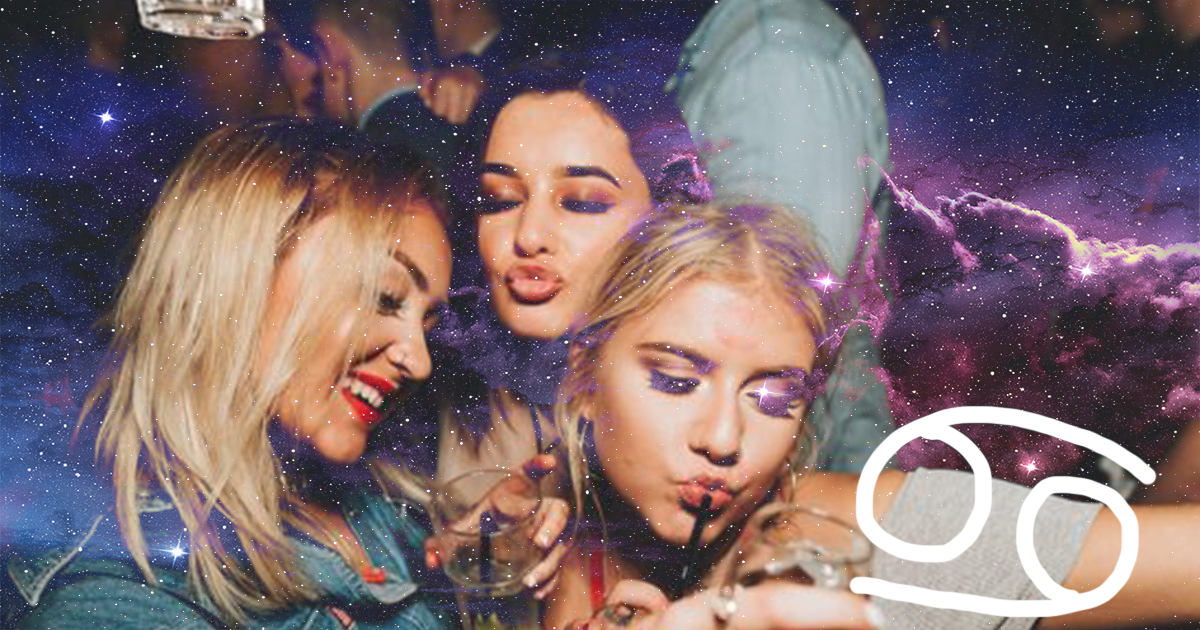 Cancers are exceptionally emotional and persuasive. They love relaxing near water, and having a wholesome meal with their friends, but hate revealing any personal aspects of their life. And sometimes this leads into you feeling moody, like a typical Arts student.

Goldsmiths: Everyone has a shaved head, owns a pair of Docs and generally looks like they're from a set of 1984.

Kingston: These art students don't want the hustle and Bustle of Zone 1, so they prefer hanging out in the idyll that is Richmond. Their guilty pleasure is the Kingston Pryzm dance floor though.

UAL: If your Insta aesthetic is blurry non-sensical posts jumbled up with old pictures of buildings from weird angles, pack your bags now. 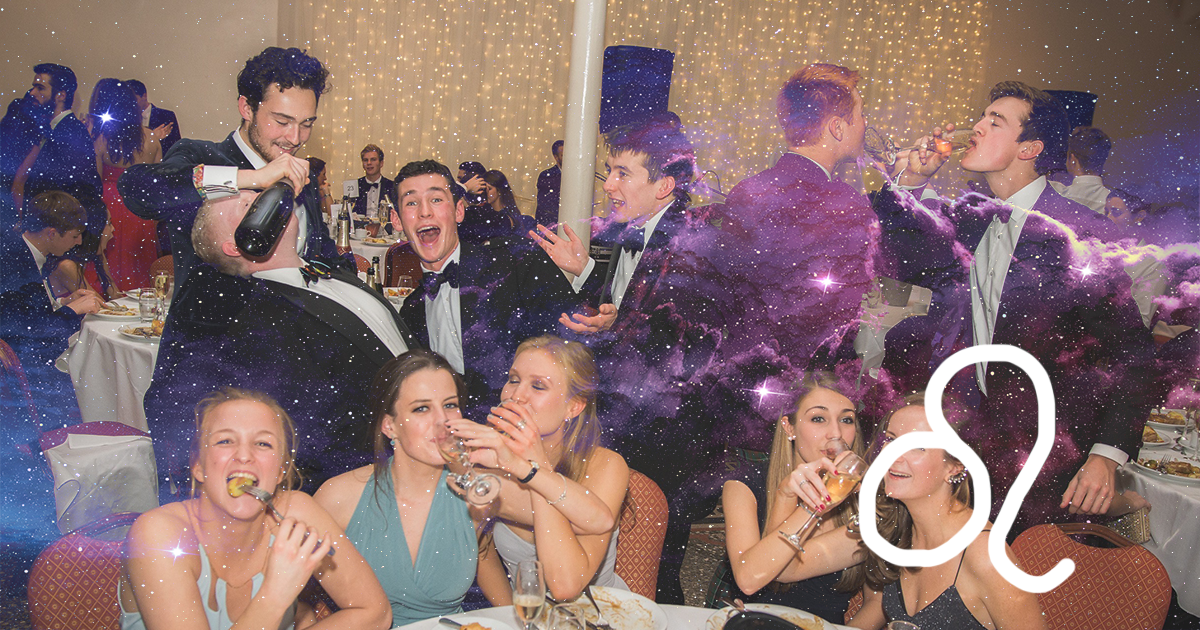 Leos only drink things that fizz

The ruling planet Mars, makes Leo a fire element. Fond of expensive things, being admired and going on holidays, Leos hate not being treated like a king or a queen. Basically, you'd rather go to a "prestigious uni" or not go to uni at all.

Cambridge: Aside from everyone constantly throwing each other under the bus, Cambridge is class. It's pretty fancy with all the punting, the formals and the balls. They have fancy names for everything. eg. getting your mates round for some food instantly turns into a "dinner party" or tutorials are called "supervisions."

Exeter: As well as being a Leo, another requirement to get into Exeter is to be from Surrey, horse ride and still wear Jack Wills. 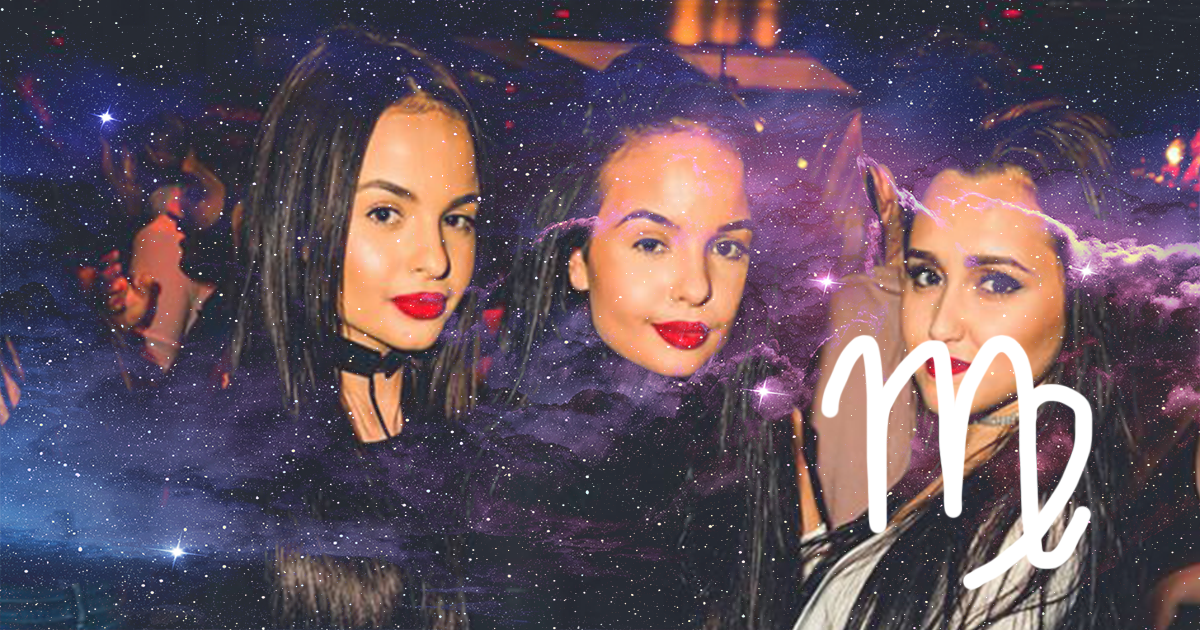 You hate taking the centre stage and guess what – the following unis aren't very central stage either:

Lancaster: It's peaceful and tranquil, bit detached but it's perfect for a lone-wolf like a Virgo. 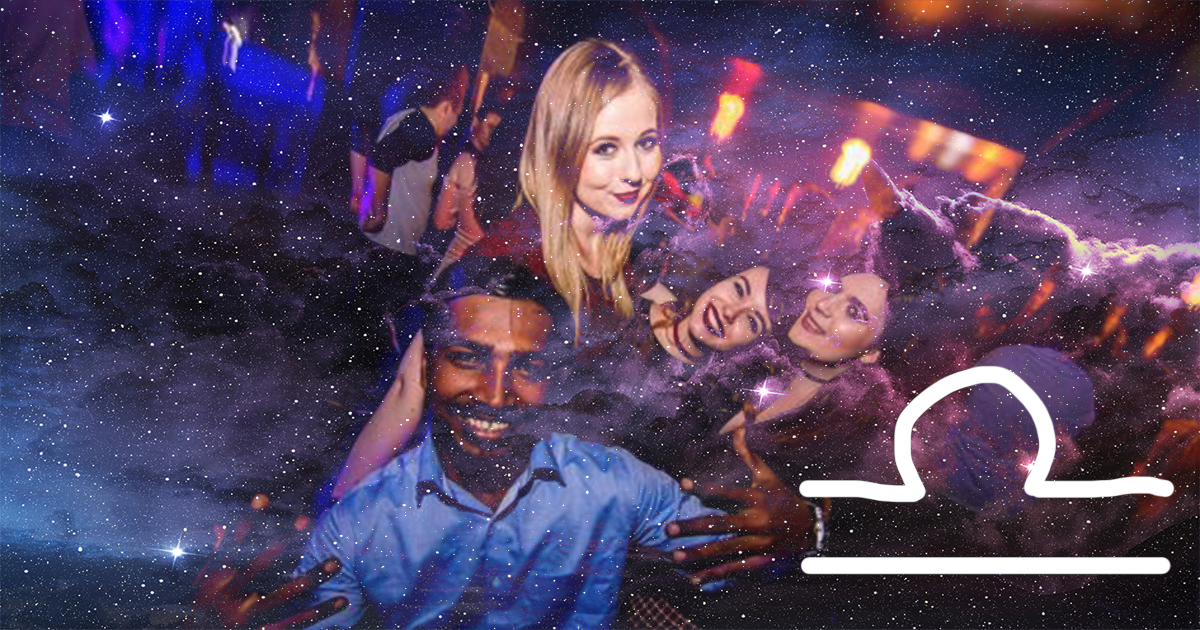 When you're clubbing at 9 but have a conference at 10

Libras are diplomatic, fair minded and social. So no biggie, but you're probably going to be a future leader or something unimportant like that. Libras hate violence, injustice and conformity and love a good student protest.

Warwick: Seeing as there's a protest on the central Piazza every half an hour, you would fit right in.

King's: The cooler cousin of UCL, everyone at King's hangs out on the Strand with a rollie, whilst simultaneously worrying about global issues. 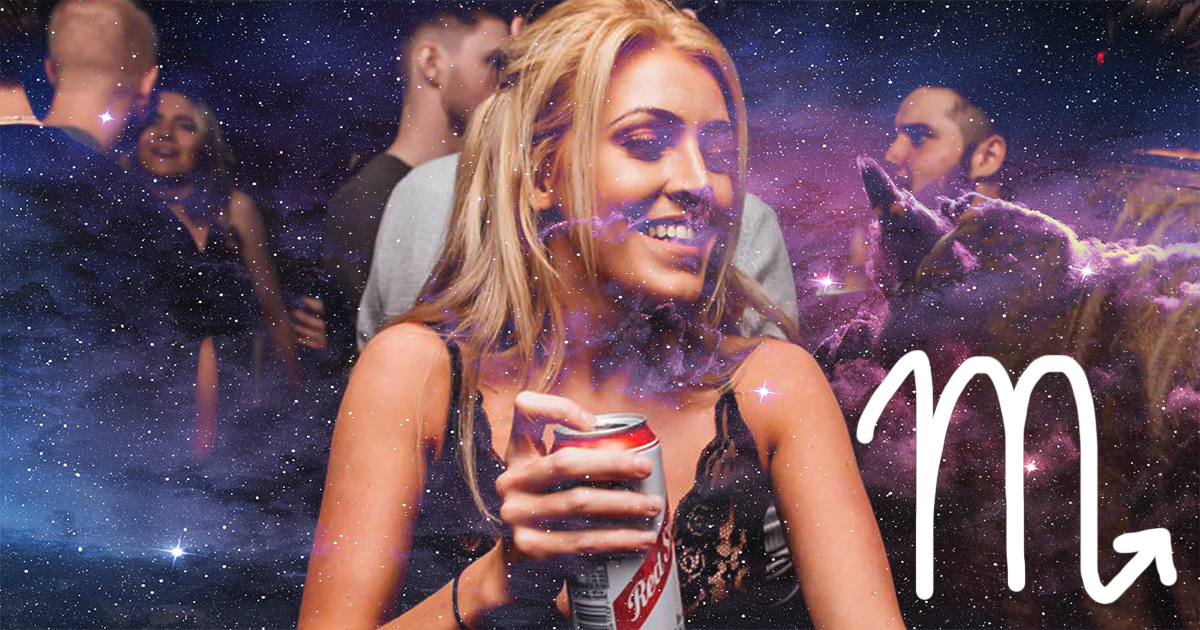 A mysterious Scorpio loves lurking in the streets of the inner-city, as well as going mad on a night out. They like to think of themselves as a bit kooky, wild and misunderstood.

These 'edgy' unis are perfect for the independent and rebellious sign:

Manchester: If ever you wanted to reinvent yourself into someone who's a bit grimy, loves drugs and going out in vintage sportswear, then Manchester is your destination. Before you know it, Antwerp Mansion will be your regular choice of venue and every night will end in Kebab King.

Leeds: Leeds is still mad but a bit of a different vibe. It's more Red Stripe, glitter, MD, raves in Hyde Park and Green Puffas. 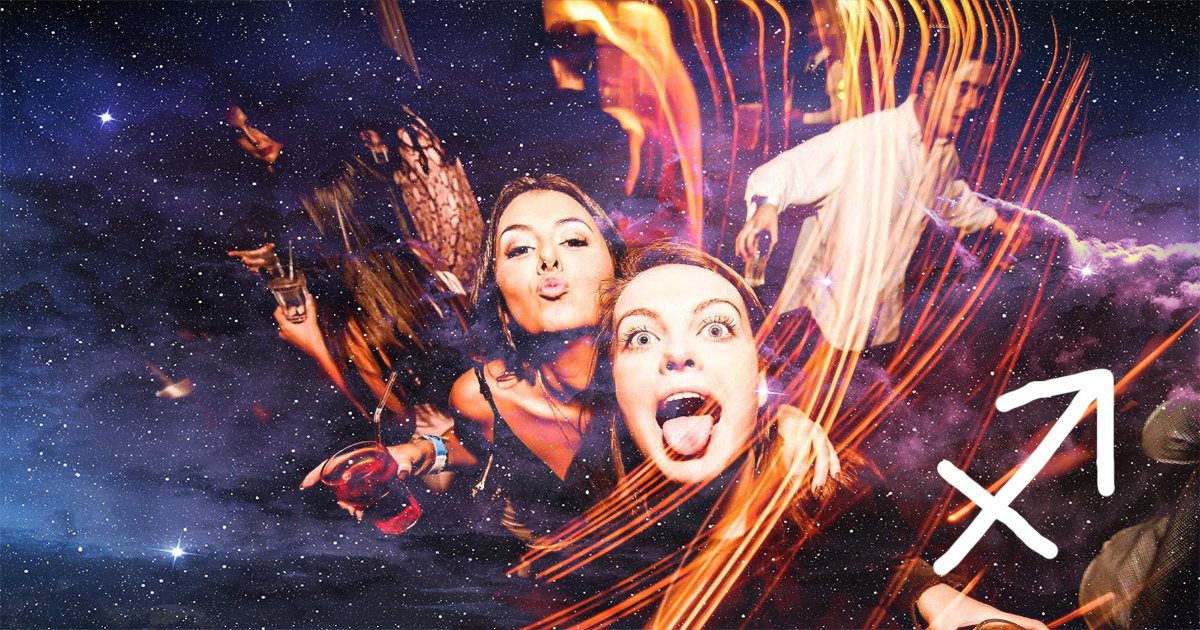 Okay. Picture the loosest person you know and then picture them in the loosest uni ever. That's a Sagittarius for you.

They're larger than life, funny and generous, meaning they will always buy you a VK on a night out. The only possible unis that can accommodate these types of individuals are proper YOOOONAAAYS like these:

Newcastle: Because they love Trebles and have you even seen Geordie Shore?!

Cardiff: The rain won't stop the Cardiff lot from getting rowdy at Varsity and rowdier in the SU.

Glasgow: It all gets a bit mental after a few Tennent's and Viper is the destination of choice.

Sheffield: Not only is West Street Live always packed. Going out in Sheffield is FUN. There's a 24 hour curry house. You can get Choco Milk and Cheeky Vimtos in clubs and you HAVE to remember to wear shitty but somewhat durable shoes to Corp, otherwise your feet will get ruined. 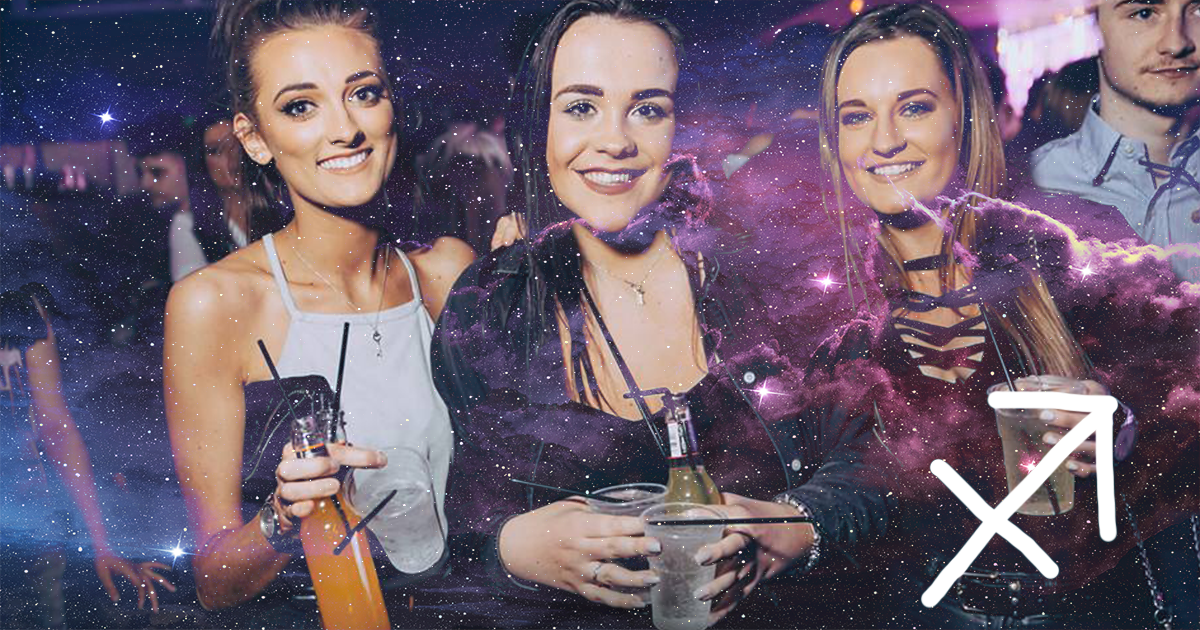 Bournemouth: HALO. COCKTAILS. IT'S CHEAP. WHY AREN'T YOU THERE ALREADY?

Coventry: A night out in Colly is classic. Warwick students don't get it like Cov students do.

Liverpool: If you're a Sagittarius, surviving a club crawl around Concert square is no biggie. Liverpool students are the most fun to go out with and they might get into a scrap at the end of the night.

UWE: They LOVE ket but are way cooler about their borderline addiction to it as they take themselves less seriously than Bristol students. UWE students are often found in Lakota or Blue Mountain.

Brookes – Full of private school boys and girls, but they're only there for the Yoooonaaay. Often spotted at MND or in the Cowley Road area.

QBU: They love drinking and the Holylands is where it's at. Everyone is from Belfast and if you come from the countryside you get the piss taken out of, a lot. "What's the craic?" 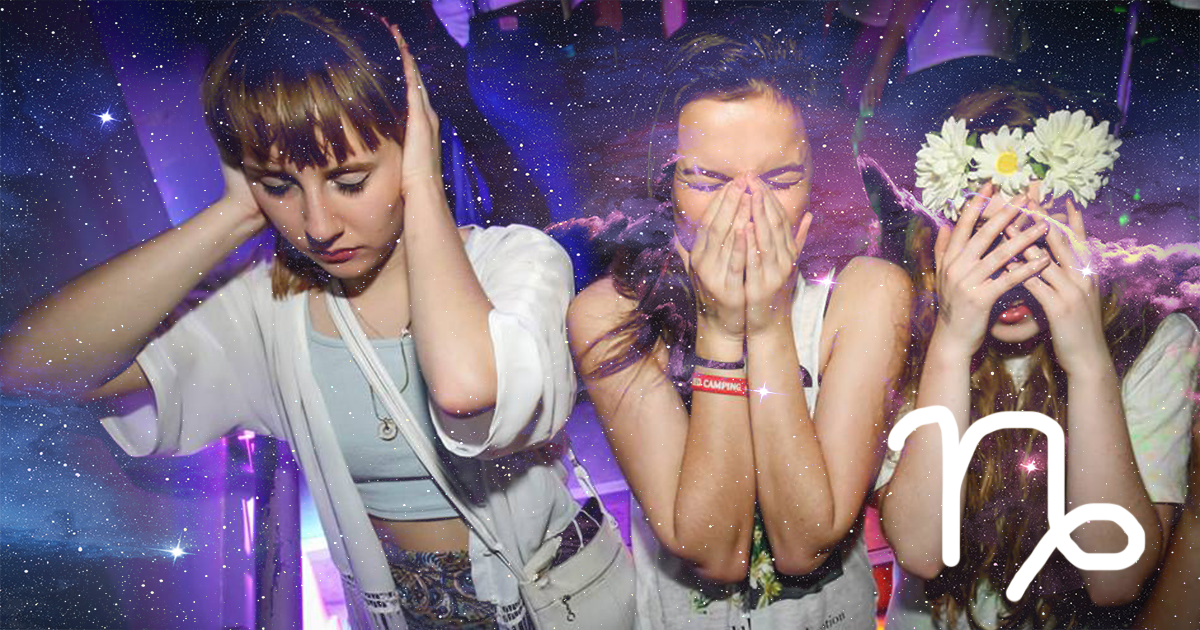 Capricorns are quite conservative, traditional and love simple things. They know what they want and they know how to get there. Booooring.

The following unis embody those qualities perfectly, because they're just a bit simple aren't they?

Reading: The Oracle shopping centre is the only thing going for it.

Kent: It's got a nice cathedral in the middle of the city but the most tragic student union club night.

Southampton: It's all just a big grey landscape isn't it? At least the IKEA is good, but Southampton has very bland vibes – good for a simple Capricorn. Sorry not sorry.

Hull: Hull is a city of culture with no culture. It's sooo far away from everything and there's fuck all to do aside from go out to Welly. 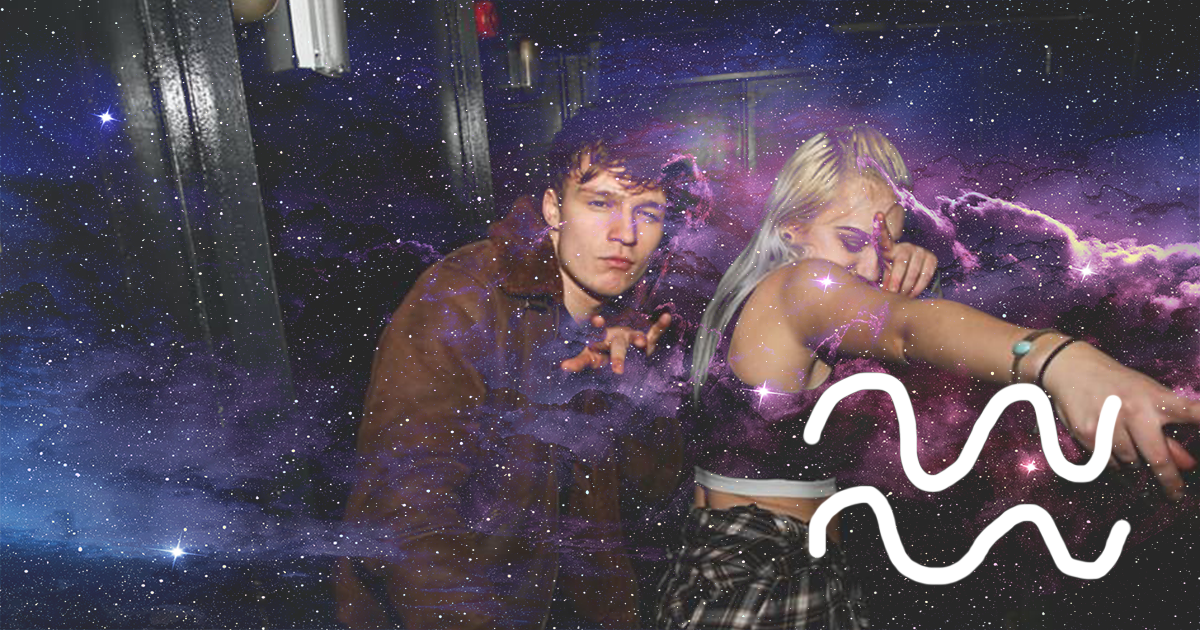 "Yahhh mate, that bass is so deep"

As an air sign, you're rational and analytical. But also original and progressive. An Aquarius is aloof, loves fighting for causes but hates people that disagree with them. So a bit like students at these unis:

Oxford: It's edgier than Cambridge, but the students still take themselves seriously. Love a good night in the smoking area of Bridge and hate the people that go to Brookes. So still kinda snobby, lol.

Bristol: It's posh but everyone who goes there tries to cover it up with wavy clothes and adopted slang. Bristol students are protesters by day and wanna be DJs by night. The fact that everyone is a flexiterian proves that just like an Aquarius, they don't always practise what they preach. 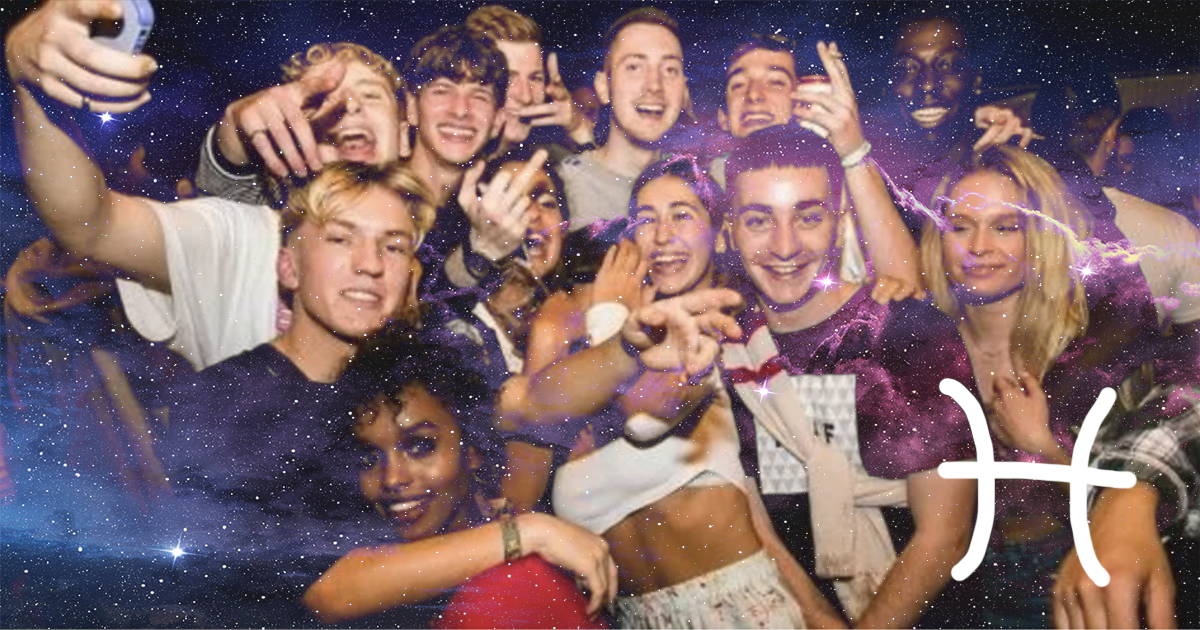 Pisces are edgy. They love being romantic and will obsess over anything spiritual. Sensitive, artistic and musical, they're often found swaying from side to side at a gig. They need space, they need freedom. And moving as far away north or south from their parents is a perfect plan.

Sussex: The students of Sussex are hippy, vegan, lefty and musical. They hate the rammed N25s and love the indie nights at The Haunt.

Brighton: The more creative and fun version of Sussex, because the people care less about the academics and more about the "experience."

Edinburgh: A typical Edi student is arty, quite edgy and heavily middle class. It's the softer version of Glasgow, but everyone still loves the Buckfast and having a mad one in Rascal's or Hive.