Revealed: the most expensive places to live as a student in the UK

Student housing is one of the banes of university life. After freshers, most second years have to deal with renting a house with their mates, followed by two years of arguments, mould and dodgy landlords.

Paying your rent and bills for the first time is a pretty expensive affair too, depending on where you go to uni. The cheapest place to rent in the UK was Belfast, with rent only costing on average £238, followed by Sheffield and Cardiff. The most expensive was London obviously, with rent averaging around £730, with St Andrews and Cambridge taking second and third place.

See below for the full lowdown.

The Capital of Northern Ireland, student houses in Belfast are by far the cheapest in the Russell Group and in most of the UK. With the average house only putting you back £238 a month, there’ll be plenty of your student loan spare to spend on Guinness, potato farls, and any other Irish stereotypes.

Being in the north I hear has many benefits, the pints are colder, the people warmer and everything is apparently cheaper. Adding on to that list, Sheffield can also boast one of the cheapest average rents in the UK at around £297. 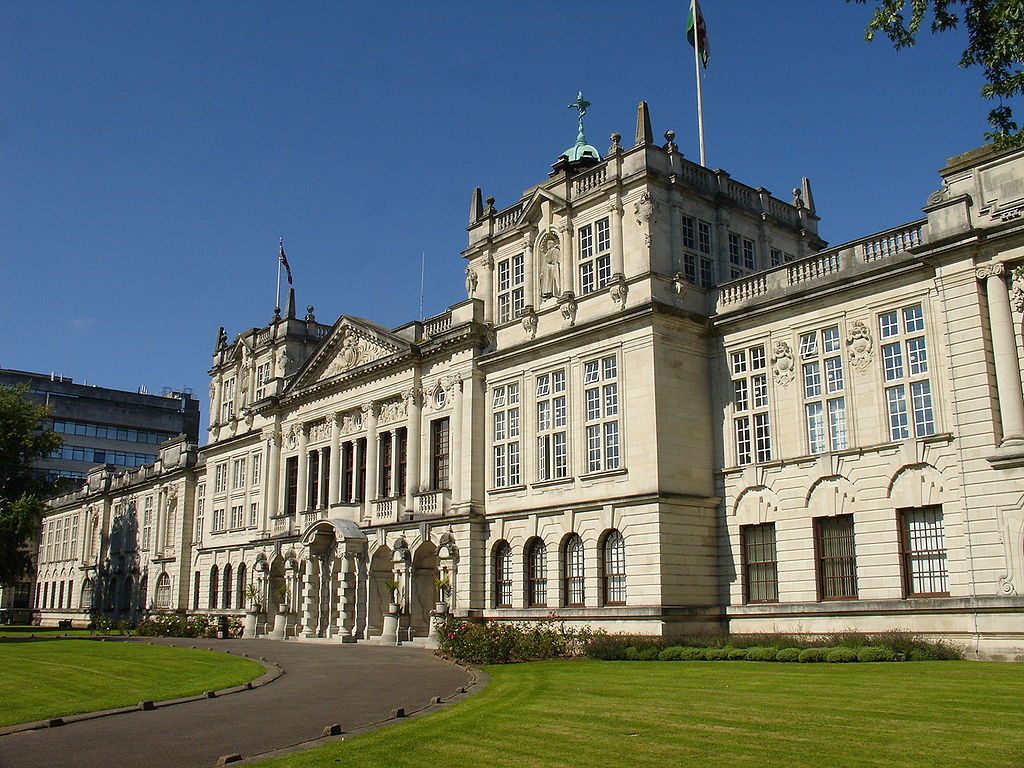 The Welsh capital, home of rugby, dragons, a questionable Russell Group status, shit weather, but pretty decent rent. The average house, around £310 in one of the bigger student hubs in the UK, should leave some of your loan to get juicy at the weekend.

Oasis, cotton, football – Manchester is famous for many things. I mean it always manages to get an appearance on University Challenge, which is something to brag about even if you don’t get that far. With rent averaging £310 per month, Fallowfield’s residents can sleep warmly knowing they have the same rent as their mates down in South Wales.

You thought you were gonna be the edgiest kid in Hyde Park when you started second year, all those oversized garms and Ellesse jackets didn’t come cheap. At least your rent did, with the average being £319 per month.

For a cheeky house in Jesmond the average house is going to set you back around £321 per month, which will do since drinks are so cheap. Next round of Trebles on the nearest promoter I heard. 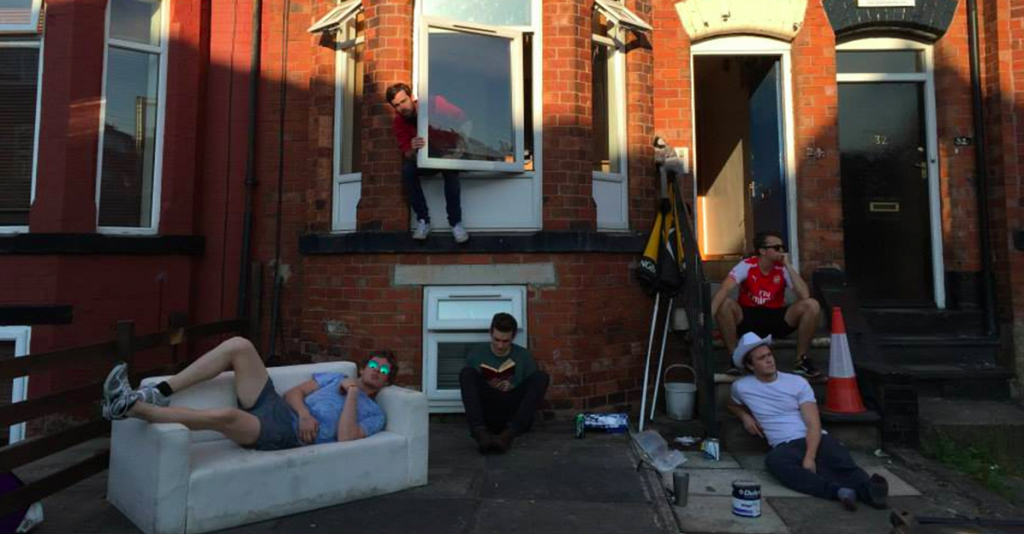 By day you’re basking in the beauty that is Lenton, by night you’re making waves in Ocean. May as well too if you average rent is £321 per month.

You picked Soton, because it’s an all round performer, with it being a Russell Group uni, a little bit of edginess and the beaches aren’t that far away. So when the rent is averaging at £324 per month, you know you’ve bagged a decent deal here as well. Well done you. 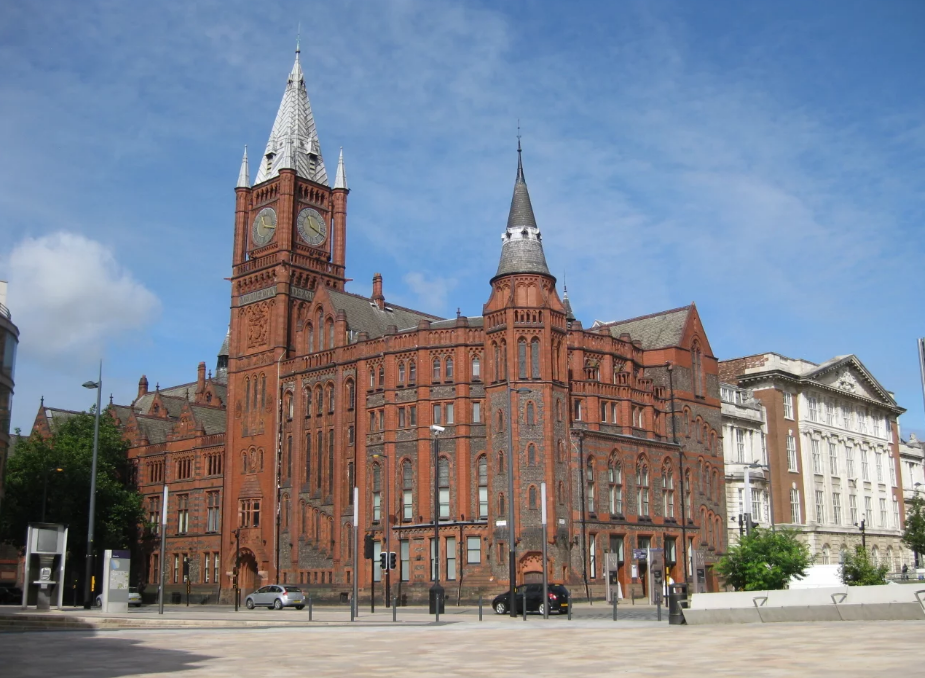 You went here thinking that you’d hear the accent loads, and would yourself turn into a semi-northerner. At least your rent is priced around where you thought it would be at £337 per month, even if your uni life turns out to be more Surrey that Scouse.

Everyone wondered why you went to uni in the middle of nowhere, but even Taylor Swift visited Norwich. Did she do it because the average rent per month is £337? Probably not but you can pretend she did.

Russell Group uni? Check. Having to take a bus into uni because you don’t actually live near the campus? Check. Mid-level rent? With the average at £344 per month, you can also check that off. 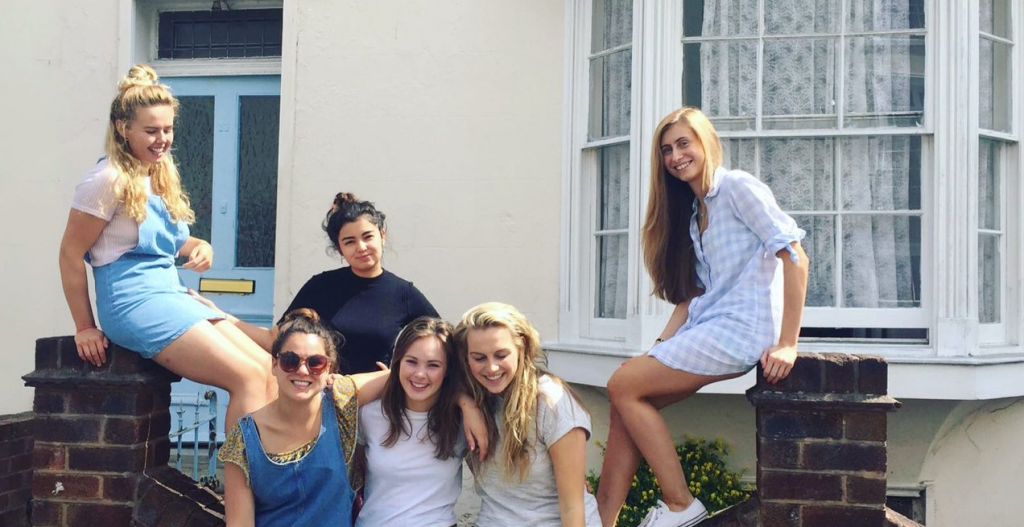 Durham’s got a reputation for being posh, what with the collegiate system and all that. But that doesn’t stop the rent from being fairly low for a major uni city. Averaging around £364 per month, you’ll be laughing at your mates at Oxbridge with all that extra cash you have. Marvellous dahling.

Look at that bridge. Look at it. It’s one of the most important points in the history of the world, thanks to the father of the industrial revolution, Isambard Kingdom Brunel. But in fairness you didn’t go to Brizz for the bridge you wavy son of a gun. The average rent is £391 per month. You can find out how many keys that’ll get you in your own time. 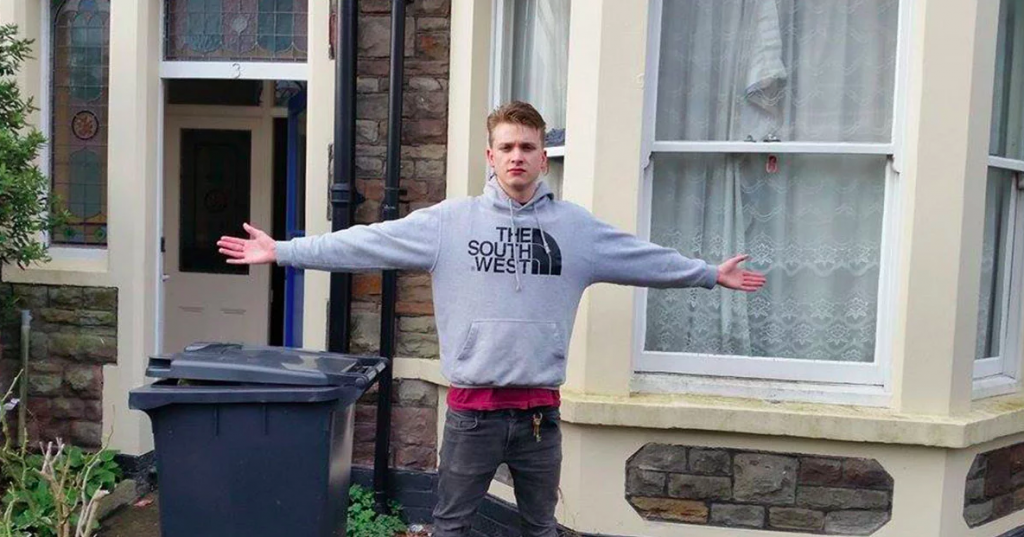 I bet he likes the bridge

With a swanky campus filled with gals from the home counties, the last thing that crossed your mind was second year rent. Although maybe it should have when the average monthly rent for student houses in Exeter is £402. But hey at least you have your Jack Wills wardrobe to go with your Exeter hoodie.

You thought because you’re going to Birmingham, which is in the midlands, it isn’t gonna be that much, and part of the rent is gonna be the number of times people try say Burrringham. But rent isn’t that cheap in Selly, with the average monthly rent at £405. At least you can drown your sorrows at Snobs. 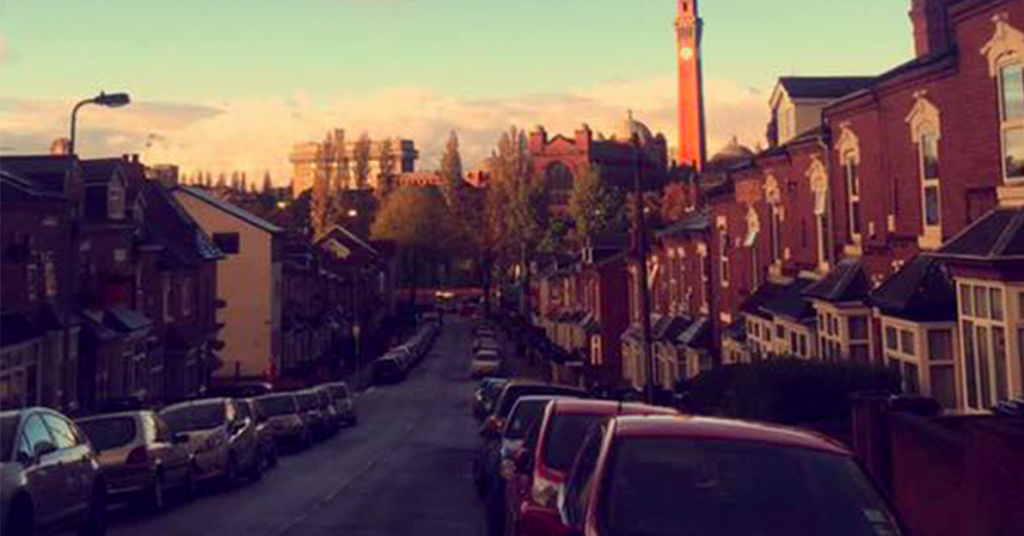 Aye, in fairness you did know that coming to the Scottish capital wouldn’t be cheap, and with the average rent costing £406 per month, nearly a hundred quid more than its Welsh counterpart. The boys in Leith might think twice about that eighth pint – as if.

You came to Reading and thought fab, what a massive train station! Then you saw the rent, and now you’re secretly wondering if instead of doing environmental science you should have done agriculture to help pay off that average monthly rent of £421.

Tbf you knew it was going to be expensive when a lot of the city wasn’t even built in this millennium. But at least the buildings are pretty and the Royal Crescent is gonna be on your Insta at some point, which it may as well be since the average price per month is £425.

I mean come on, the uni has bloody Royal in it. Rent is never going to be cheap and with the average at £463 per month, it’s gonna take a lot of dollar to sip on a cold one at Monkeys. 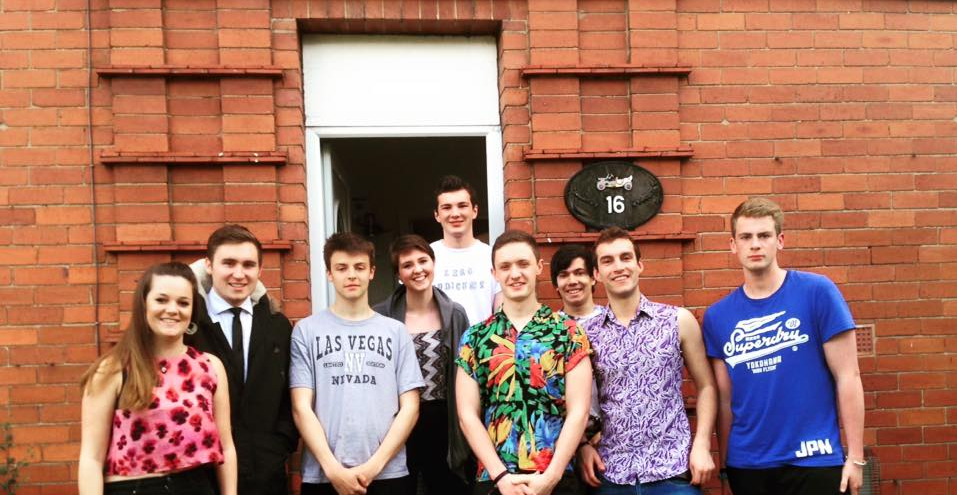 It was a toss up when you applied Oxford or Cambridge, and aren’t you pleased when you actually picked the cheaper place to live since your average rent per month is at £476. Still bloody expensive though, especially when your mate at Durham pays over a hundred quid less. Although you probably don’t care about the rent prices, as you’re shacked up in your cosy college room. 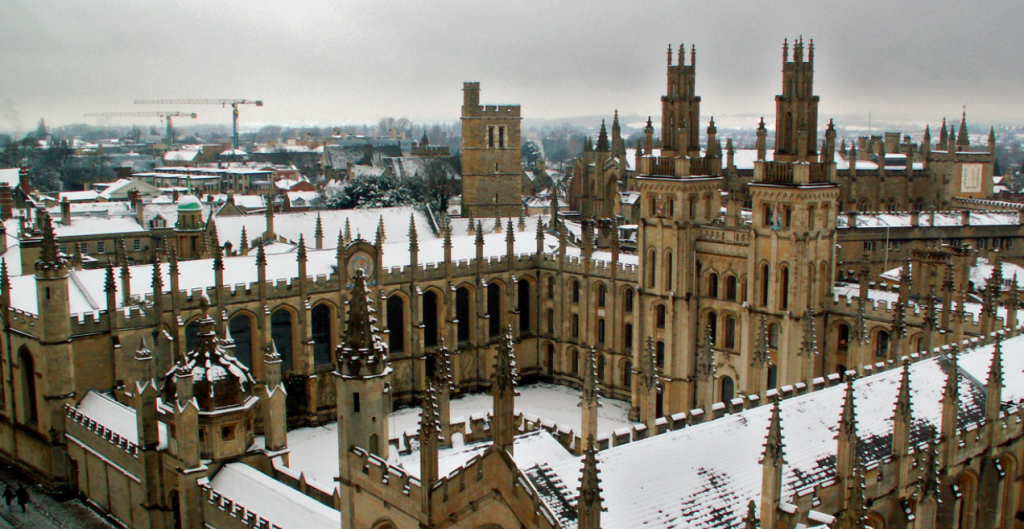 You did it. This is the one that matters. Forget the boat race, forget the rankings, forget punting. Your rent is higher than Oxford as the average is at £533 per month. Take that. Although you can decide if that’s a win or not.

They have the oldest golf course in the world, and Kate and Wills both went here. Yeah we know it’s a bit posh but bloody hell what is up with that rent? At £544 per month, it’s the highest outside the capital.

Of course it is, it’s the capital, what else did you expect? Prices average around £730 per month per person, but that does depend on which part of London you’re in. At least you’re in a world city and there is always something going on, which you probably can’t afford to do anyway, whoop!

Data on house prices collected from various estate agents both local and national, including Rightmove, CPS, Westgate Students, Golden Key, Nevin Wells, Purple Frog, Nicholas Humphreys and others across the UK. House prices of four, five and six plus houses were compared, and results given is the price per student per month in the most popular student area of that university, with all rooms of similar level of quality.