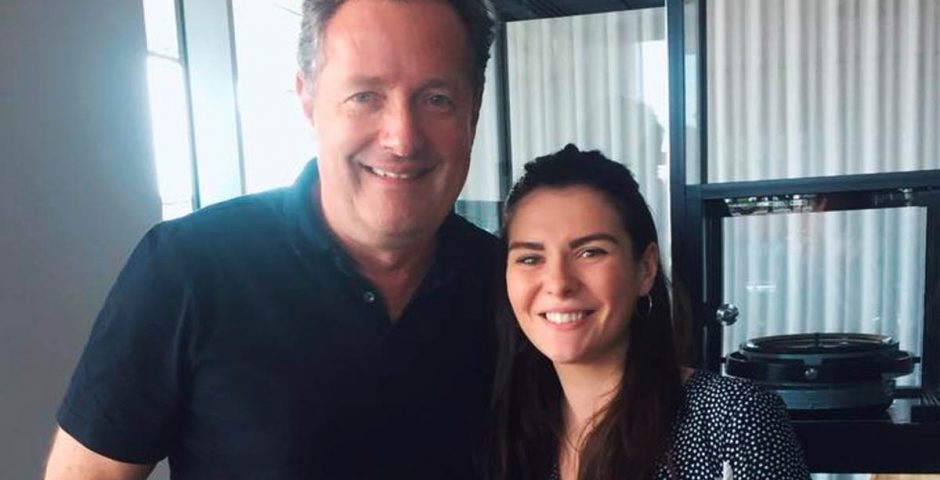 ‘I’m still friends with Trump but I’d never have voted for him’: What happened when we met Piers Morgan

Some people go through life quietly, without causing hassle or discomfort or speaking their mind if it’s going to offend other people. Some people spend their lives quietly cultivating tolerance and understanding, listening to all viewpoints of all people and trying to grow from their experiences. And then of course, there are people like Piers Morgan.

Piers Morgan wears many hats. In his daytime life he’s someone who dresses up in a suit on Good Morning Britain and makes jokes for mums, writes scathing columns for the Daily Mail and occasionally dabbles in investigative journalism, just like he’s doing with his latest show, Killer Women, where he visits women who have committed horrific crimes in prison, and talks to them about why they did it. It’s fairly impressive. And then he comes home from all that and shouts at women on Twitter for taking their tops off.

You’d think the constant vitriol he spews would be exhausting, but when we meet Piers, in a hotel on the Thames, he says he’s been up for 18 hours and he still seems chipper. In between bites of a ploughmans he casually fends off questions about his social media hate-fests and pretty much everything else he hates in the world. You might like to believe that people like Piers, like Katie Hopkins, aren’t real – that they’re just online personas made to get people to read their stuff and pay attention to them. But – unfortunately – that’s not the case for Piers Morgan. 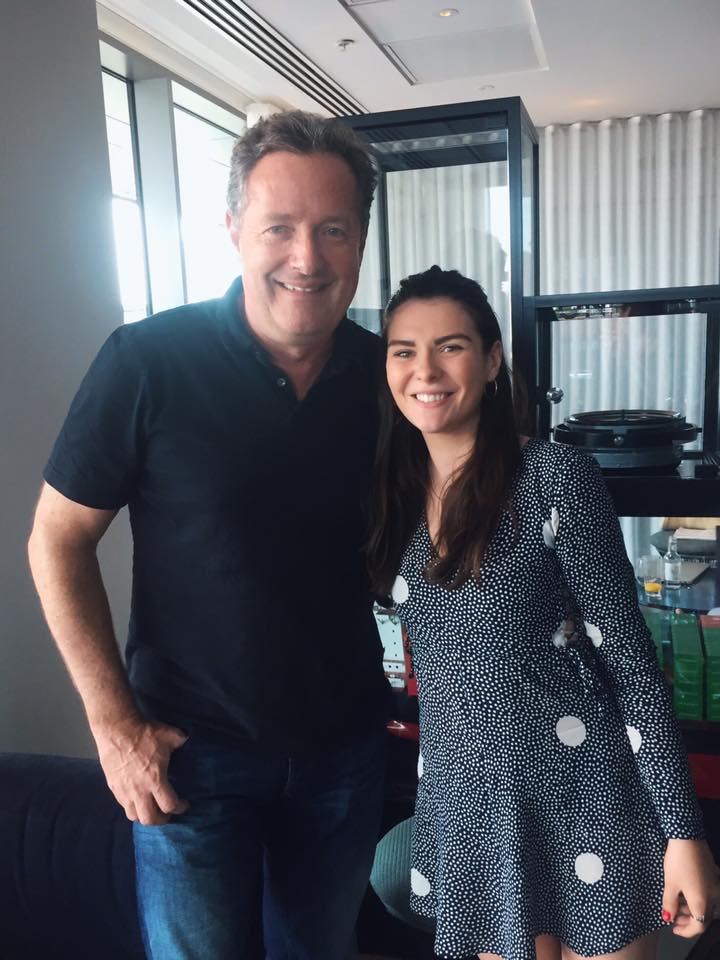 “I believe everything I say”, he says, when someone asks him about his internet fighting.

And he says a lot.

“My 19 year old son kept telling me, ‘Dad you’re misreading Corbyn, he’s gonna do a lot better than you think.’ And then he rang me on polling day and told me he was driving to Tooting to vote Labour and there was nothing I could do about it. He said, ‘there is a movement father, and you haven’t spotted it.’ I thought it was absolute nonsense and tweeted that Theresa May would win by 100 seats. He rang me the next day and told me I should have listened.

“I would love to be responsible for his demise. Because I reminded people that when it comes to cynicism it doesn’t get any lower than Nick Clegg, who promised to get rid of tuition fees and then did a dirty deal with the Tories and decided to treble them. I think the students got rid of him – the Corbyn movement.”

“I quite like reading death threats. I love when they spell ‘you’re’ wrong. ‘Your going to get beheaded by ISIS’, I just retweet them.

“It’s not feminism to post a naked picture of yourself. You could do that right now. Would you do it in the name of feminism? ‘Here I am with all my kit off, look at me I’m a feminist’. It’s bullshit. If a man did that he’d be arrested. Feminism is about being successful at what you do, its not about posting nude pics of yourself. That’s just celebrities trying to con people into thinking it’s about empowerment – that’s not why Emmeline Pankhurst fought for women to have the vote.

“I think it’s bullshit speaking as the father of a young girl. I think most smart women think it’s ridiculous.”

“He’s still a friend of mine. I never would have voted for him. He’s not my politics. A lot of what he’s doing is quite interesting but a lot of it is deliberately provocative and inflammatory and there’s good debate to be had. People need to be stop being so hysterical. He’s not the devil incarnate, he’s a tough brash business guy. You don’t have to like him, but he is the leader of our number one ally.” 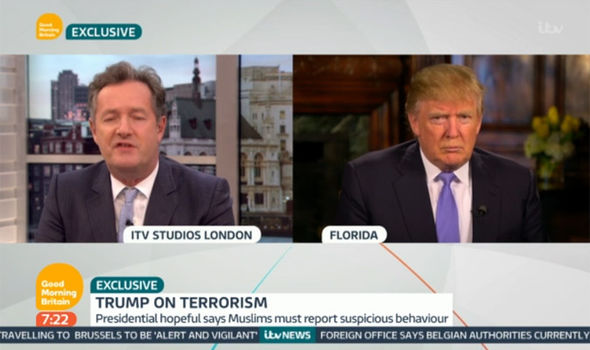 On breaking down the gender binary

“What on earth is happening? Nobody’s allowed to say it’s stupid, we have to say ‘oh of course we respect your decision’. Make your mind up. I think it’s ridiculous – I’m not remotely homophobic or transphobic. I respect that. But this is about people opting out of normal gender. Now we have awards ceremonies with non-binary awards, so less women will be able to win. If my son came to me and said he was gay or transgender I’d absolutely support it – I’m not against that. I’m gender-neutral phobic. I’m non-binary phobic. I think it’s bullshit.

“Young people are very vulnerable to trends and fads, and we shouldn’t let gender be part of that.

“This generation has no idea how lucky it is. This is the safest time statistically to ever be alive — less people get killed people live longer. Why don’t we just think positive and stop everyone getting anxiety over things in normal daily life. I read the other day there are five times as many drop-outs at university now because of people getting anxiety — grow up. Man up. Get over it.

“Apparently 34 billion people in this country are mentally ill – bullshit. Grieving is not mental illness, you’re all going to have to grieve. It’s a normal reaction to life. We’ve gone way too far, young people are so mollycoddled that they all believe they’ve got something wrong with them. Every famous person in the world is on TV saying ‘oh I’ve got PTSD, I’ve got depression, I’ve got anxiety’ — really?

“There are people with genuine illness and depression but this idea that we just encourage all young people to feel permanently vulnerable — you’re not ill. We’ve just gone soft. Toughen up.”