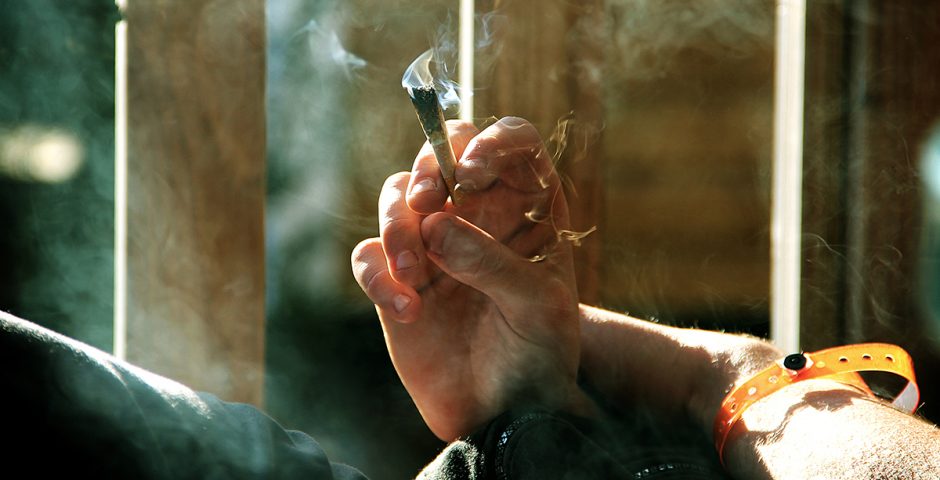 Revealed: The courses smoking the most weed, because they’ve got nothing better to do

David Cameron says he did it. Obama openly laughs about it. Pretty much any MP trying to curry the teenage vote admits to it. So now, all the Politics students are smoking weed.

When they’re not discussing political theory or how they’re going to screw over their running mate in the SU elections, 84.8 per cent of Politics students are bunning down, leaving them top of the stoner league. They’re followed in a close second by the coding gang, because when they’re not trading in Bitcoin or applying to work for Anonymous, just over 84 per cent of Computer Science students are getting high. Completing the top three, surprisingly, are Engineering, with little more than 83 per cent.

Low and behold, with roughly 56 per cent and at the bottom of the pile are Dentistry students – who know that smoking is really really bad for your teeth. Aspiring teachers are probably too scared to admit they smoke weed, with just 64.86 per cent saying they have.

The stats are taken from The Tab’s drug survey. We asked 11,000 students about their drug taking habits. The following statistics are based on a total of those who said they smoke weed occasionally, monthly, weekly, more than weekly, and daily. How does your course fare? 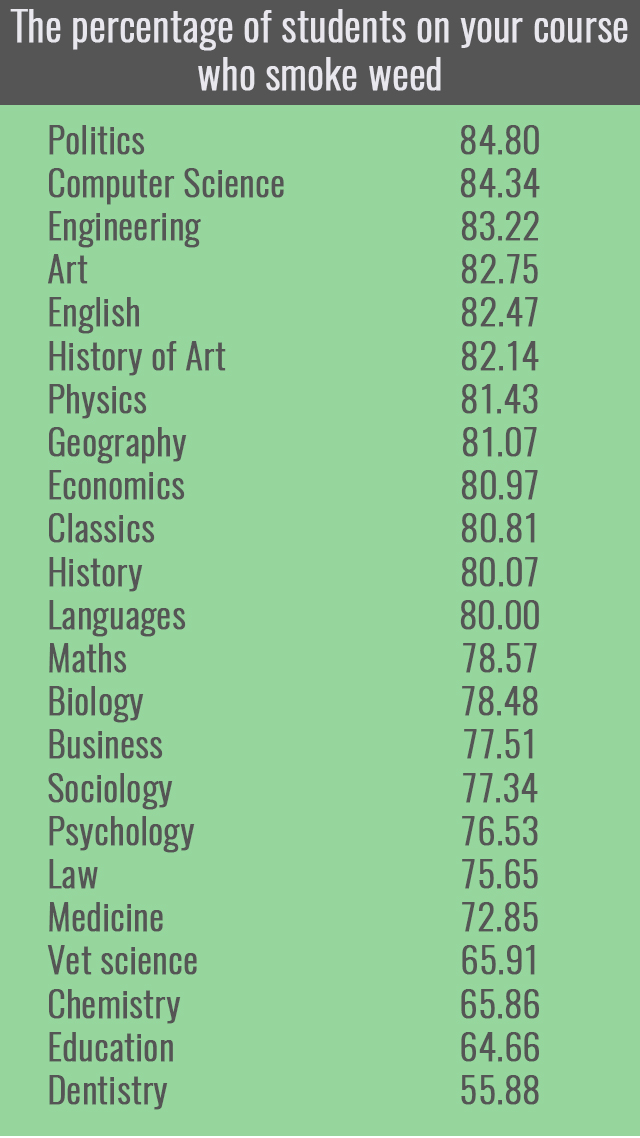