The government should ban sexist dress codes at work and fine companies who use them, say MPs

The current system is ‘failing’ us

A new report from MPs says the government should enforce a law to ban sexist dress codes that discriminate against women at work.

The report, High Heels and Workplace Dress Codes, comes after Nicola Thorp, who was sent home from her job at PWC for not wearing heels in December 2015, started a parliamentary petition on the issue which gained 150,000 signatures. Helen Jones MP, who chaired the committee, said: “The way that Nicola Thorp was treated by her employer is against the law, but that didn’t stop her being sent home from work without pay. 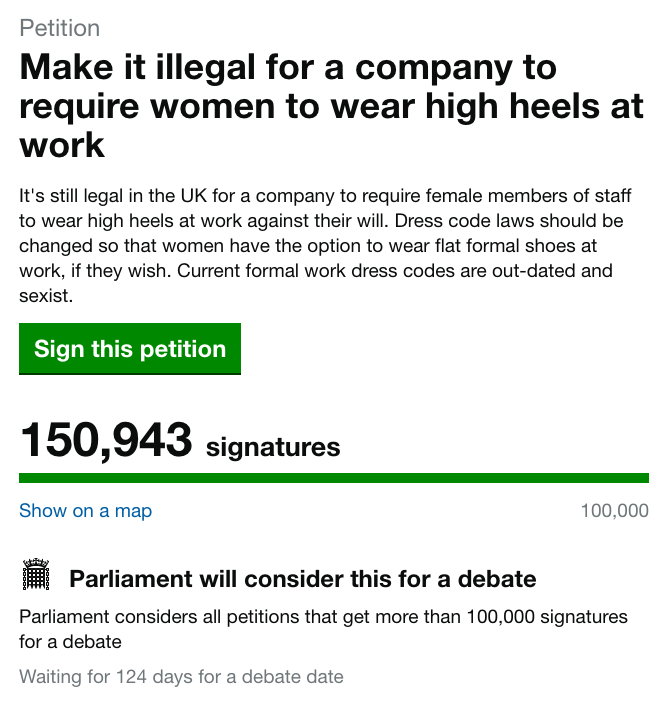 “It’s clear from the stories we’ve heard from members of the public that Nicola’s story is far from unique.”

The committee heard from women who were asked to wear shorter skirts or unbutton their blouses, and company dress codes which were so stringent they dictated nail polish colour and how hair colour roots should look. They also heard from experts on how requirements to wear heels at work can damage a woman’s health.

The report produced says that the Equality Act 2010 should ban discriminatory dress rules at work, but currently that law is not practically applied. MPs want to launch a publicity campaign to ensure employers know their legal obligation and employees know how they can complain effectively if their rights are breached. Guilty companies should be forced, under the new recommendations, to adhere to new rules or face financial penalties and employment tribunals. 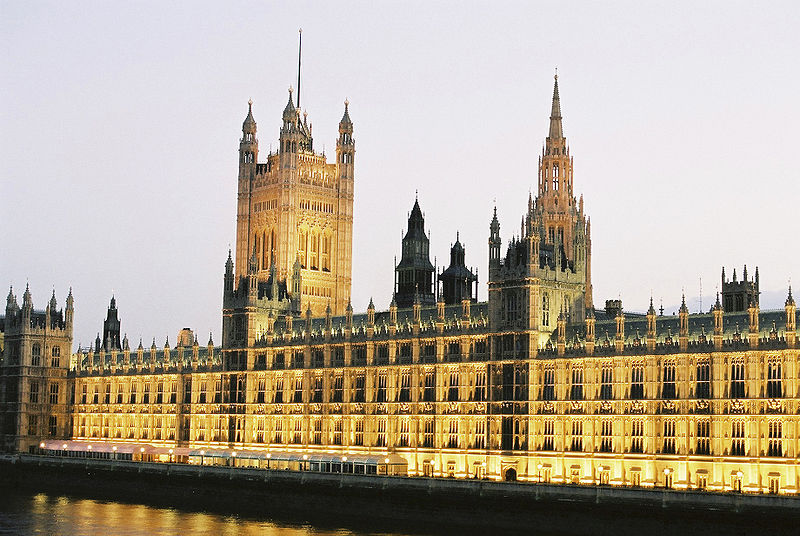 Nicola Thorp, who sparked discussion into the issue, said: “This may have started over a pair of high heels, but what it has revealed about discrimination in the UK workplace is vital, as demonstrated by the hundreds of women who came forward via the committees’ online forum. The current system favours the employer, and is failing employees.” The original dress code at her agency, Portico, has now been revised.

A government spokesperson said: “No employer should discriminate against workers on grounds of gender – it is unacceptable and is against the law. Dress codes must be reasonable and include equivalent requirements for both men and women.

“The Government Equalities Office will carefully consider this report and will work with its partners to make sure employers comply with the law.”