Is dressing as Brexit for Halloween the most biting satire of 2016?

Yeah we all get what you did there

What’s the scariest thing to happen to Britain this year? Well, aside from those pesky killer clowns, it’s probably Brexit.

The EU Referendum saga plunged the country into a months-long argument, with the UK’s political environment turning into a post-apocalyptic hellscape, but with more Union Jack bunting and smiling-with-a-pint-of-ale photocalls.

So is it really a surprise, then, that Brexit was the costume du jour for politically savvy young people this year? Pro- and anti-EU revellers alike went out clad in flags and photos of Farage, using their acerbic skills to personify the concept of Brexit Britain. 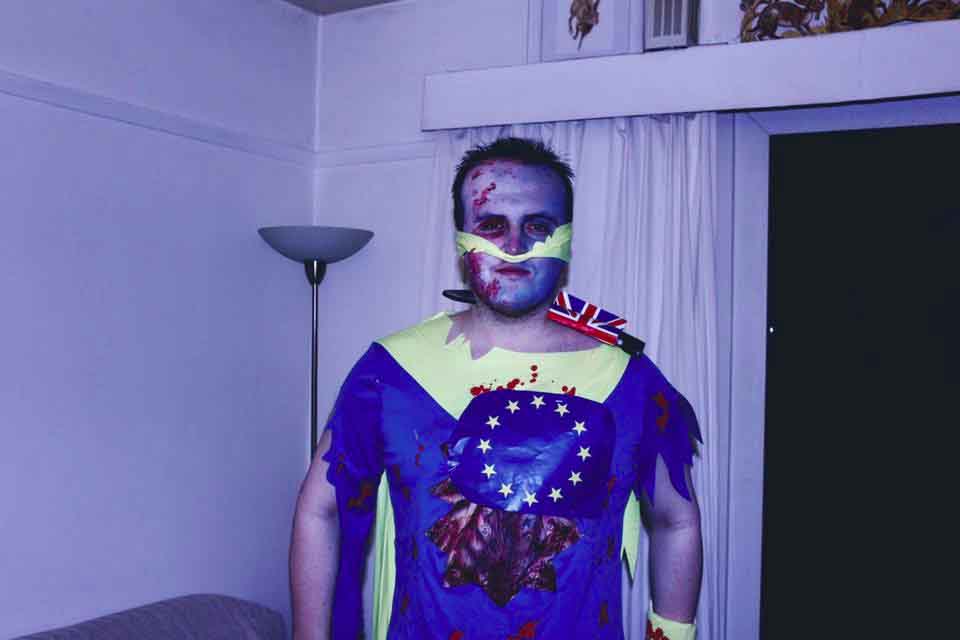 Oscar Williams-Grut, a Cambridge grad who works at Business Insider UK, settled on the falling pound for his costume. He told us: “To be honest, I stole the idea from an old colleague who did a joke tweet about going as the pound for Halloween when it was tanking earlier this month.

“The reaction was pretty positive to the costume, everyone thought it was pretty funny and I managed to avoid any unwanted awkward political chat.” 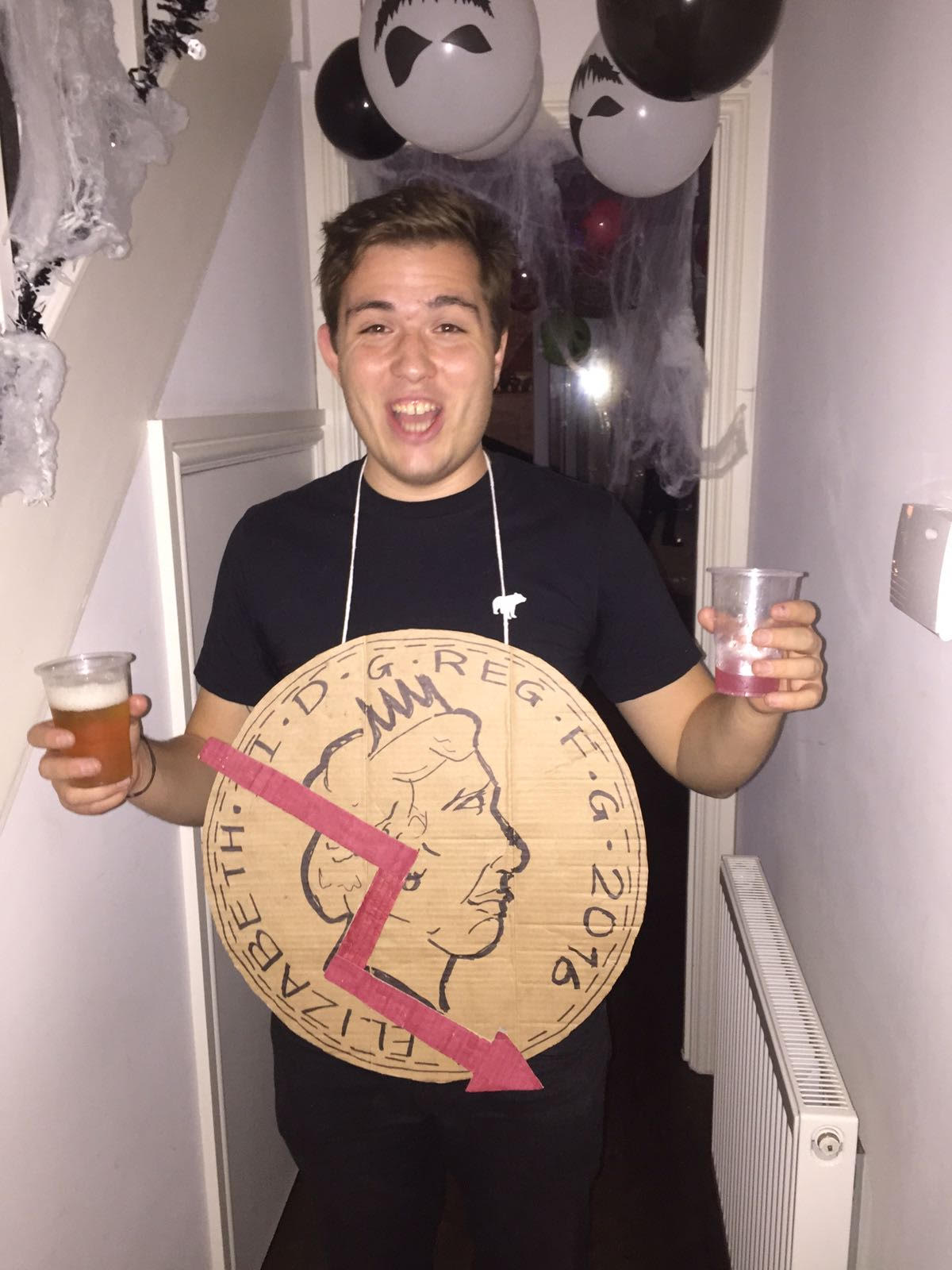 Here are some more of the most piercing Brexit costumes from around the country. Try not to leave too scared.

My roommates costume from last night… Too soon? #Brexit pic.twitter.com/UMzbfRg53G

The best #Halloween outfit of the night #brexit pic.twitter.com/upV98mpECp

Couldn't think of anything more terrifying for Halloween – dressing up as Brexit today! #halloween #brexit pic.twitter.com/nhPP4yAcZG

Going as a recent divorcee this Halloween #brexit pic.twitter.com/CW5kzTU4uo

I'm going as Brexit for Halloween cause what's scarier than Britain leaving the EU pic.twitter.com/noHtEdbcww

Wish #Brexit was as easy to abandon as this Halloween costume (and that campaign pledge)! pic.twitter.com/BoA5fPrfKS