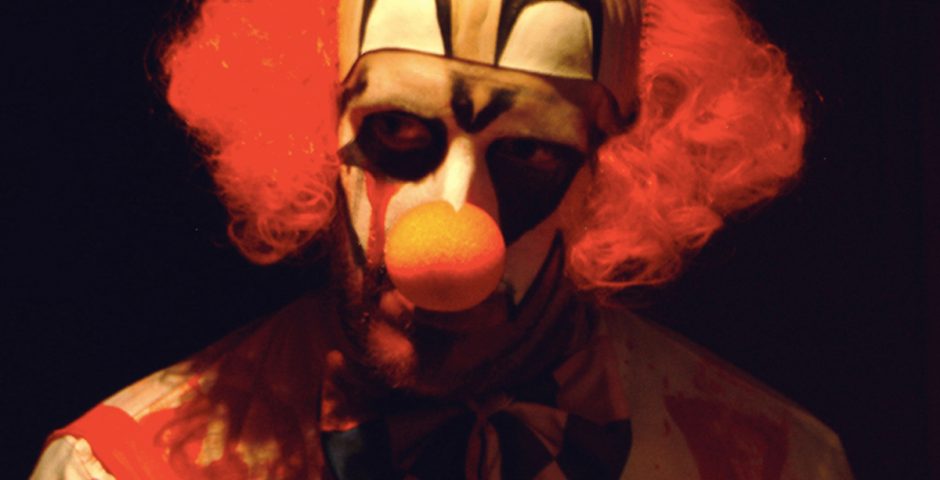 How the ‘killer clowns’ story unfolded

This morning social media was set alight with reports of ‘killer clowns’ appearing in some of the UK’s major cities, an insidious transatlantic trend. In America riotous crowds have converged on supposed clown hangouts, in the UK one was arrested in possession of a “bladed article.”

Newcastle. Belfast. Manchester. Birmingham. Edinburgh. Glasgow. All have allegedly been the location of clown sightings and, much like their equivalents in the US, all are supported by comparatively little evidence. Or none other than hysteria and repetitive gags about Halloween coming early. Here’s the play-by-play:

How it went down//LIVE BLOG

Times are given in BST.

Late September – Reports of clowns loitering in public places begin to circulate America, they are concentrated around university campuses

3.52am – Clowns reported at Syracuse

4 5.17am – Clowns spotted at the University of Illinois

5.36am – An alleged clown sighting at UConn discovered to be hoax

5.58am – A riot at Penn State University corners a clown

8.08am – In Essex two clowns are seen driving a black transit van, they invite two schoolgirls to attend a birthday party

1.12pm – Clowns reported at JMU, later confirmed to be a hoax

4.13pm – A campus alert was issued in Arizona about the clowns, it was found later to be false.

10.37pm – Clowns reported at the University of Oregon

11.10pm – Clowns reported at the University of Iowa

Late evening – FIRST VERIFIED UK CLOWN SIGHTING Northumbria Police arrest a teenager in Blakelaw in connection to a series of clown pranks targeting school children. He is found in possession of a “bladed article” and given a warning

6.53am – Social media reports a clown sighting in Belfast

7.45am – Glasgow Live reports a sighting a clown standing next to the High School of Glasgow

2.12pm – Clowns reported at the University of Florida

12.09am – A clown holding balloons is seen in Dublin

10.03am – A social media user reports seeing a clown speed through Liverpool city centre at around 40mph

Well, you’re probably fairly safe all things considered. Things like the complete lack of evidence demonstrating the clowns’ existence or that clowns are typically harmless children’s entertainers. But let’s disregard that for a bit. It is, after all, better to be on the safe side. The map below shows the locations of all the purported sightings in the world, so you know where there are murderous clowns and where there aren’t (essentially everywhere but Newcastle).

Tap or click to interact with the map. We’ll update this with more info as and when we get it.