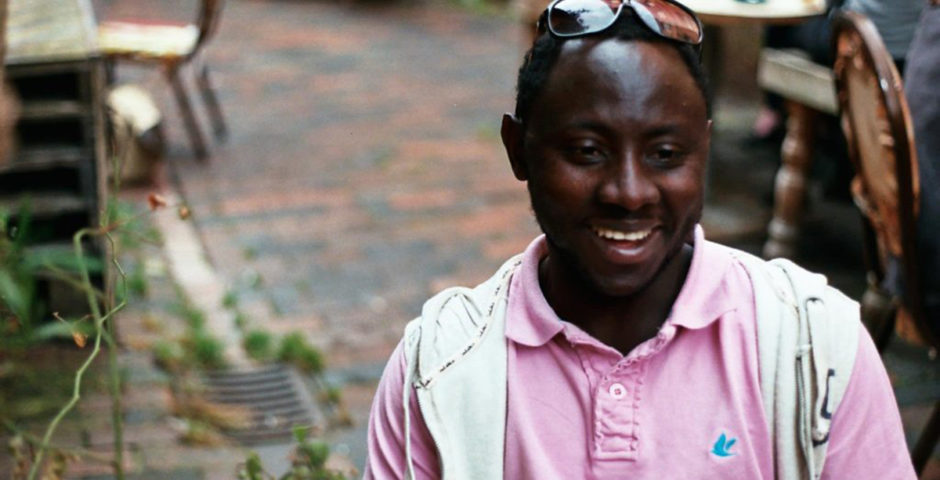 After sitting through several hundred students receiving their certificates, several hours of inspiring speeches, I felt so inspired and proud to be graduating from Sussex. We were told about the university’s founding principles, how we are open and accepting of difference – whether it be racial, class, gender or age.

The Chancellor related his speech to the current events – the refugee crisis, Brexit and the attempt of terrorist groups to spread terror and hate. How it’s easy to lose hope and lose track of what’s important. But how he felt inspired watching so many of us graduate on this day in so many different subjects and it gave him hope for the future. And I shared this feeling of pride for Sussex, for accepting and loving difference and solidarity for all human beings. Sadly, the feeling didn’t last very long.

You know #BlackLivesMatter also means #Yourborderskill. For #JimmyMubenga it meant murder, for #LuqmanOnikosi it could mean death. #shutdown

After a glass of prosecco and a few forced photos, I walked out of Brighton Dome and bumped into Luqman who was handing out flyers – merely small pieces of paper with the headline Don’t Deport Luqman and a few paragraphs explaining the campaign. On the day he should’ve been graduating with a Master’s in Global Political Economics with his classmates, he didn’t feel quite the same way. He looked flustered and upset. He told how he had just been escorted by security from the main hall, where he was peacefully watching the graduation on a screen.

In 2009, whilst Luqman Temitayo Onikosi was studying Economics and International Relations at Sussex University, he was diagnosed with a chronic liver disease caused by Hepatitis B. After graduating, Luqman started working at the Nigerian High Commission in London until 2012 when his illness left him temporarily unable to work. He then submitted an application to stay in the UK on medical grounds, as treatment for his liver disease isn’t available in Nigeria and deporting him would be sending him to his death bed. The application was rejected – Theresa May was then in charge. With the help of a lawyer, Luqman began a new appeal to stay in the UK and went back to Sussex for a master’s. Whilst finishing up his dissertation in May 2015, out of the blue he received an email from Sussex saying that the Home Office demanded they stop his studies and had no choice but to withdraw him from the course.

In July, Sussex students protested and occupied Bramber House (one of Sussex’s administrative buildings) and demanded that Sussex must: 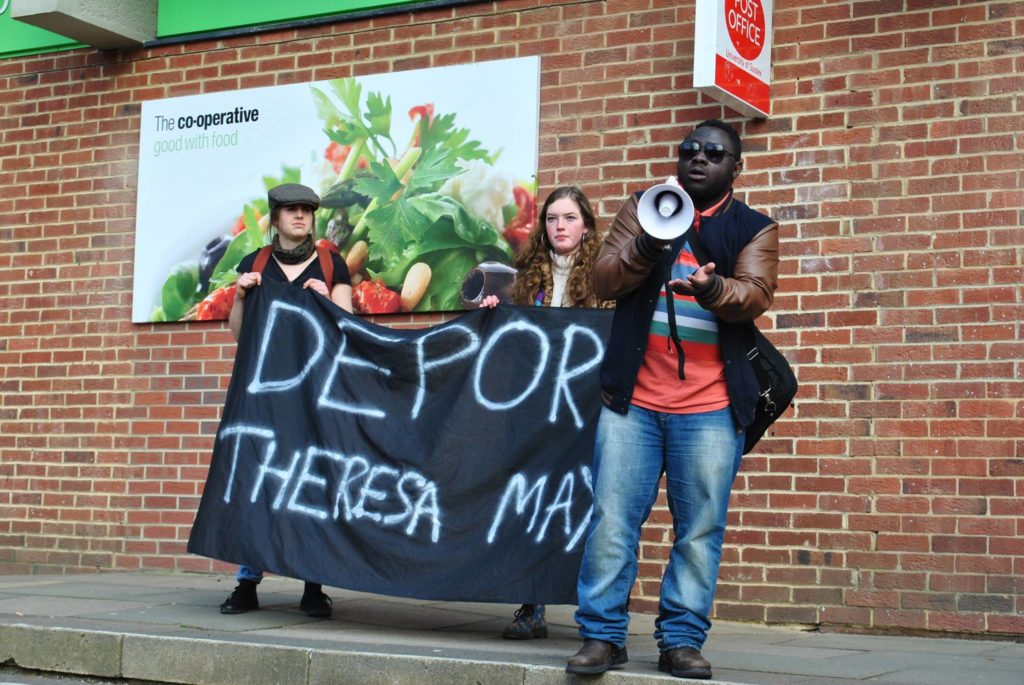 Michael Farthing (who by the way received a few hisses as he was introduced on stage and one student even threw monopoly money at him as he received his certificate – quite creative if you ask me) assured the students before leaving the occupation that Sussex will consider all their demands, but then changed his mind in the last meeting. He told Luqman his case isn’t unique enough. Luqman told The Tab: “I mean how bad can it get before the university realises the life of a disabled Non EU international student, which they cash cow, really matters? We are talking about human life here.”

“I’ve given my very best to Sussex and the School of Global Studies, from encouraging current students to attend the university, to organizing events that brought the Nigerian High Commissioner in London to Sussex speak at the 2014 Boko Haram conference 2014 – a bandwagon which by the way, Sussex management never hesitated to jump on, especially at the exact crucial time when Sussex’s international liaison team were struggling to acquire their visa to Nigeria on time.

“So I was asked to use my former collegial connection at the Nigerian High Commission and I secured Sussex political and diplomatic access to Nigeria, which they still benefit from today. Yet Sussex and the school of Global studies were the first to disown me and write me off. I certainly do not feel education was a right for me, given the humiliation they subjected me to. It’s been 6 months since my course mates graduated and I have heard absolutely nothing from the School of Global Studies.”

Luqman decided to peacefully gate crash the graduation, simply to hand out flyers and spread the news about his case, “not because I am envious of the graduating students and wanted to ruin their day and that of their friends and parents. But simply to puncture a hole at the hypocritical slogan “education is rights not a privilege” and of Farthing’s corrupt project ‘Making the future’.”

He told me: “I hope the world sees and understands the idea that an academic community is an autonomous space for free thinking, therefore it can speak to power, without prejudice nor repercussion. I also wanted to get two minutes of the well loved Chancellor’s time, who I thought I have so much in common with, I thought maybe he can talk some common sense into the heads of the academics at Sussex.”

“Walking to the Dome bar quietly, not to draw attention to myself, I sat to watch the graduation procession. Even if they didn’t want to get involved with my immigration palaver, they could have at least marked my dissertation and given me my master’s degree.”
After being escorted out, Luqman suffered ‘a mental and emotional breakdown’ and had to go home. “I could not believe all the staff that I had worked with, who know my work, could just look past me like I don’t exist. I felt used, humiliated, exploited for my worth and rejected like a dirty sweaty swine by the academic community and the scholars I have always loved and the only space that I felt the safest.” 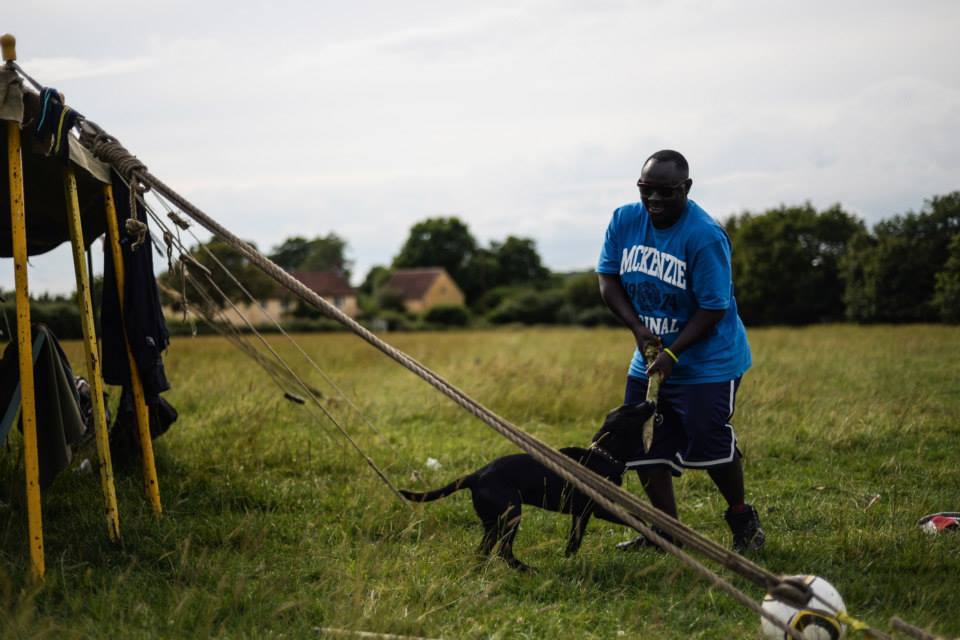 I understand flyering may not be allowed, but isn’t that what anyone who should be graduating but has been expelled from his university and threatened of deportation would do? Not to mention the fact that he suffers from a chronic liver disease. And even if we were to put aside Luqman being escorted out and his deportation and say that rules are rules; the people who knew him should have looked him in the eye, they should have greeted him and showed their solidarity – not only because that would be decent human thing to do but especially after this apparent bullshit we had all just been fed for three hours. It is literally the complete opposite of everything the university supposedly stands for.

A spokesperson for Sussex University told us: “Graduation is an extremely busy time and as a result, proceedings are managed to a minute-by-minute timeframe. At the event, flyers were received by the Vice-Chancellor as well as our security staff, which were passed on to the relevant people. The University has shown that it is willing to listen to people on this matter and if Mr Onikosi had presented himself to the graduation team earlier, we could have easily looked into how we could accommodate his request.”