We asked an expert why girls don’t study STEM subjects

Gove made it worse apparently

Despite it being statistically proven that girls studying physics at GCSE and A-level outperform boys, currently only 20 per cent of A-level students studying Physics are female. Similarly, in 2011, over 50 per cent of secondary schools had no girls progressing to study A-level physics.

To understand why this happens, we spoke to Peter Main, the former Director of Education and Science at the Institute of Physics and the current head of the department of Physics at King’s College London. 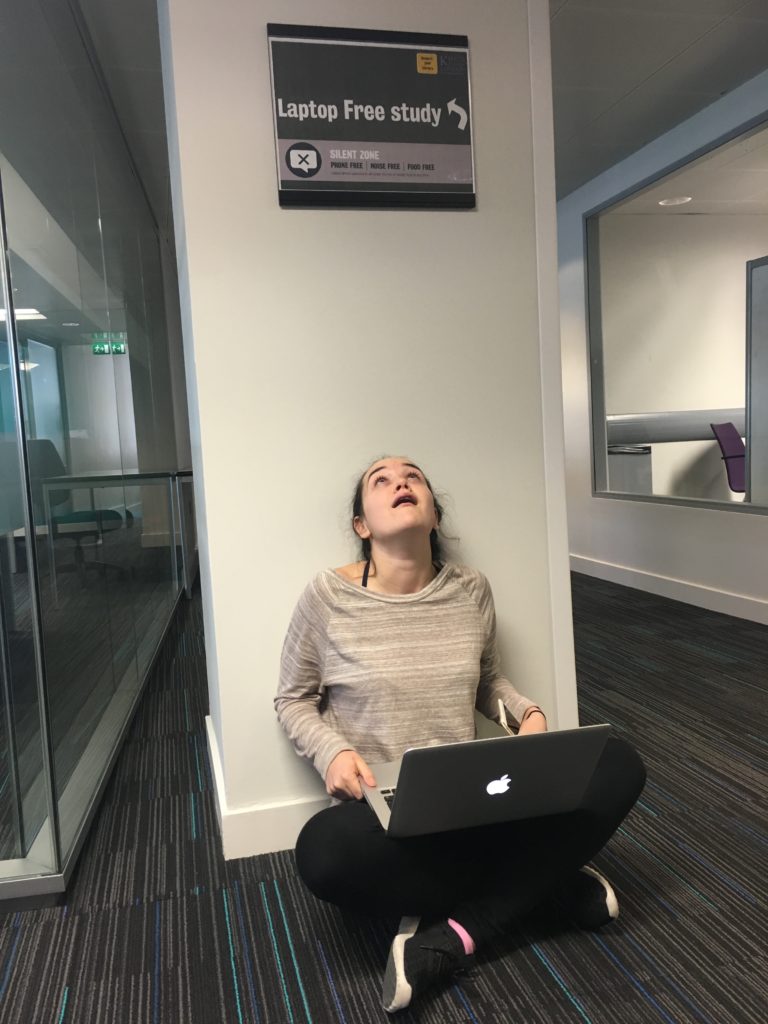 I’ve seen a lot of Ted Talks surrounding the subject of women in STEM subjects but the topic seems to be solely covered by women. What was it that made you interested in getting girls into STEM subjects?

If you want to make it personal, I suppose it goes right back to when I was doing my PHD and I had a feminist girlfriend who opened my eyes to these sorts of things and, since then, I’ve always been interested in gender equality.

You mentioned there that there are issues to tackle at degree level and the school level, where do you think it goes wrong? When is it that girls stop wanting to study STEM subjects?

What the evidence shows is that girls are affected by gender stereotyping from wider society but also within schools themselves. What tends to happen is, as young people go through puberty, both boys and girls tend to conform to the stereotype of their gender that they see around them and the stereotype for women tends to be against the kind of woman that chooses to pursue physical sciences and engineering.

There is evidence from the work that we carried out at the Institute of Physics that shows that whether a girl chooses to do A-level physics depends strongly on they type of school she attends. For example, single-sex schools tend to have higher numbers of girls that scientific subjects on. It is also important to see if a school is countering gender stereotyping across a wide range of subjects. If the boys aren’t doing drama, it is unlikely that the girls are doing physics

You once said ‘Physics like a Rolls Royce, it’s admired but considered beyond most people’, I was wondering how you think this applies specifically to how girls approach Physics and other STEM subjects

Physics is a subject that everyone admires but decides is not for them. Many people tend to see the lack of participation as a lack of interest and a perception that people see it as a useless subject but that’s not true at all. People, in fact, see physics as incredibly interesting and mind bending but also as the sort of thing that only clever people do and this is why perhaps many people shy away from it. It has been proven that girls are far more likely to lack confidence in their own ability compared to boys despite the fact that girls outperform boys in STEM subjects.

no one does physics by accident. It has a perception of being one of the most difficult subjects in schools. Whether it is or not doesn’t really matter because t already has that perception and if a child doesn’t emerge from primary school with good reading, writing and arithmetic skills then they will not choose physics. They will be placed into a lower set and nobody in the lowers sets go on to study physics, as schools tend to perpetuate and reinforce the perception of Physics and STEM subjects as being difficult.

So a lot of the problems tend originate from the primary school level which, I must say, makes the government’s attempts to make universities broaden their course intake a little sick because what the government is effectively saying to universities is ‘we made a mess of primary education, we want you in universities to fix it’ which is wholly unreasonable. 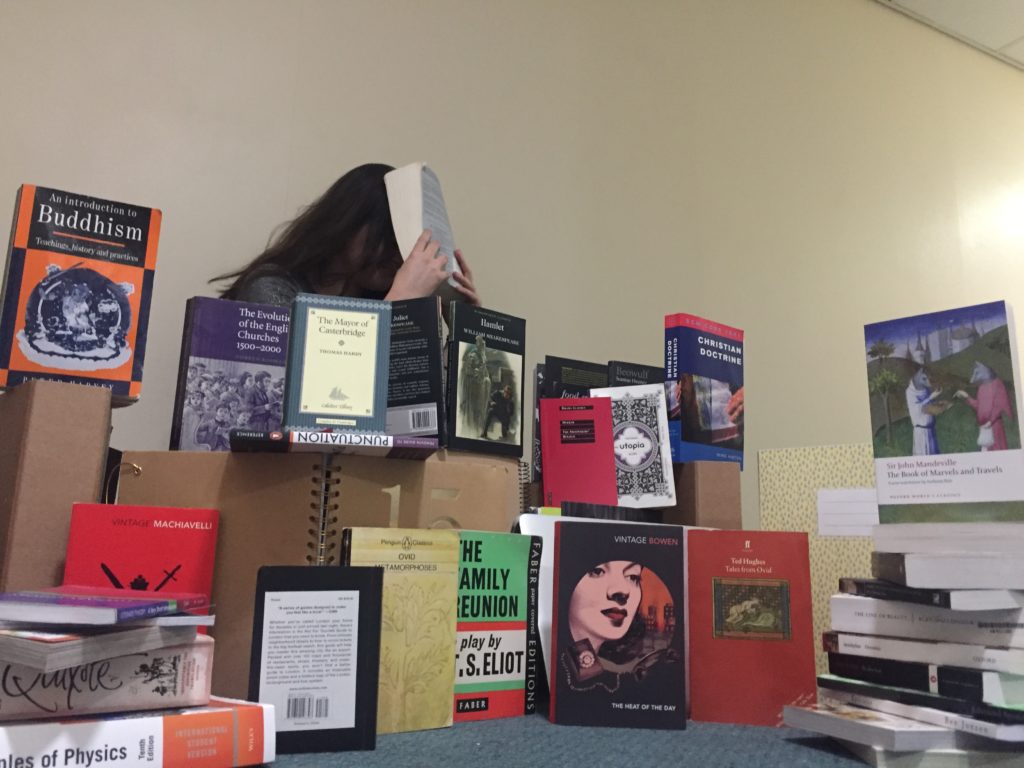 It’s been widely said that implicit bias tends to be key in holding women back from STEM subjects. Recent statistics show that, for careers in STEM subjects, a woman has to be on average 2.5 per cent more qualified than a man. How do we combat implicit bias in the workforce?

If people aren’t aware of how their unconscious mind might be producing bias, then they’re never going to fix it. So the first step is raising awareness and making people a little more humble and a bit more reflective about their own behaviour.

I’ve seen unconscious bias on numerous occasions. I’m also aware of my own unconscious bias. I’ve done the Harvard tests like a lot of people have and I realise that we’re all products of our upbringing and one needs to be aware of one’s potential unconscious bias in order to combat it. The first step is making people aware of it. I think the other approach to it is to be a little more draconian about it.

I was just looking at an organisation – I won’t tell you which one it is – but, for senior management positions, of those that apply, 40 per cent were female but they didn’t shortlist a single woman for the job. Now if that’s happening, clearly that’s telling us that unconscious bias is happening. If that were happening, for the short term, I would apply rules such as ‘if the shortlisting does not reflect the proportions of those that are applying then go back and do it again and either come up with a very good reason or fix it.’ So I think you can do two things.

You do need to raise awareness: that is very important but I think one can be a lot more proactive in setting, not affirmative action in giving interviews or jobs to women who may not be capable for the job, but just understanding that you might have reached the position that you have reached without being totally fair.

I listened to a talk given by Sheryl Sorby who said that it’s important for women to be in STEM subjects so they can provide a different perspective on things. What’s your take on that?

I tend not to say things like that because it implies that women are more creative than men so I avoid that argument. I think the strongest argument for getting more women into more STEM subjects is that we need more STEM graduates. A lot more and if you’re ignoring half of the population, then that’s not very good is it? We know that girls in school do better than boys – why don’t they carry it on? Why is it that grislier choosing subjects that, quite frankly, aren’t going to be of much use to them? Not to say that one shouldn’t do them but why is there a bias towards girls choosing subjects that statistically don’t go anywhere?

When I’ve brought this topic up in the past to friends, a common response seems to be questioning whether girls want to go into physics and ‘why should we focus on getting girls to do something that they don’t want to do?’ How do you respond to this kind of question?

I’ve encountered the ‘what if girls just don’t want to do Physics’ before. Well, that statement is packed with assumptions and, if someone was to ask me if there was an intrinsic difference between the sexes, well… There might be and I’m not going to argue about that because I’m not clever enough and the evidence that surrounds it is not conclusive yet. But my view is that we have to remove the barriers because, while there is still barriers, we cannot know. Most people that say there’s an intrinsic difference have to explain why it is that far more girls do physics in other countries.

Some countries more girls do Physics than boys, why is that?  Do countries have different intrinsic tendencies? I think that is highly unlikely. It might be something to do with how physics is presented to girls but it certainly isn’t an intrinsic inability to do the subject. So it’s more to do with girls not wanting to study it which is more likely to do with how it is presented to them. If it is intrinsic, why are girls who attend single sex schools four times more likely to choose physics

Can you see the situation improving?

I think the recent government changes to a levels will actually reduce the numbers of girls taking A Level physics.

Because they are in the process of removing the dropout point after AS so the A Level is now a two year course. AS is still there and can still be taught alongside the A-level but schools have to pay double entry fees if they want to do that and I don’t think they are going to do that. We know that the number of girls doing Physics AS is 30 per cent which drops to just over 20 per cent when they progress to A2. So the chances are that, if they had to commit themselves to two years, the numbers will drop off and cause them to be more cautious.

Under the new system schools get the same amount of money if a student is doing three, four or any number of A-levels so there’s no incentive for schools to offer four A-levels and, for many girls, Physics is the fourth. Further maths is also often the fourth so that will likely suffer greatly too. So the change in the structure and the change in the funding will likely reduce the number of girls studying STEM subjects.