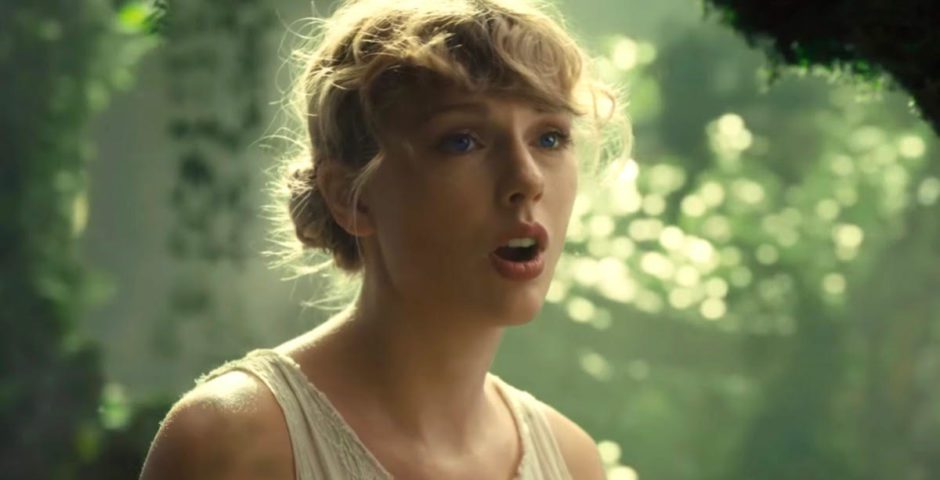 Out of 54 iconic, legendary, world changing Taylor Swift singles – only eight of them have reached the top of the Billboard Hot 100. In the UK, only ONE song has ever made it to the top spot. It’s a bit of a random eight songs, but all of them have made impact on the culture in the way that only singles released by Taylor Swift can manage to do. But out of all eight, which is the best? Here’s all eight Taylor Swift number ones, ranked from worst to best.

Band aids don’t fix bullet holes, you guys, and Kendrick Lamar and a million celeb cameos in a music video can’t save Bad Blood from being one of the worst songs on 1989. How this was a single above something like Clean is beyond me – but with a lot of hype, a lot of stars and a big music video it got to number one. So good for her, I guess!

7. Look What You Made Me Do

It might blow your mind to learn that Look What You Made Me Do is the only Taylor Swift song ever in history to hit number one in the UK. Not Love Story. Not even any other song amongst the eight here managed that feat. Look What You Made Me Do is a divisive lead single, but I am a proud apologist. It’s campy, it’s ridiculous and it’s the most headline grabbing way to kick off the Reputation era. It might have put people off that album permanently, because it’s actually a very personal and well written record in many parts. But for this lead, just put your pretentiousness aside and camp it up.

It’s a bit Kidz Bop, I grant you, but Shake It Off is a titan of a song that although it feels like it was made to soundtrack school discos for the end of time has a lot of merit as a pop beast in its own right. The chorus is equal parts annoying and brilliant. The melody is unshakeably memorable – an ironic touch of genius for a song called Shake It Off. If you want pop music, Shake It Off gives you POP MUSIC.

5. We Are Never Ever Getting Back Together

Taylor’s first ever number one, and boy does it deserve it. This song is just… magical. It’s textbook Taylor Swift whilst pushing her more into pop than ever before and signalling her transitional era into the 1989/reputation/Lover trilogy. It’s the perfect blend of petty and great songwriting. 2012 in a nutshell for me.

A total vibe shift now, and what a change it is. Full disclosure, Folklore and Evermore changed my life. The fact we got two albums in 2020 to this level of quality and with songs that I will soak myself in for the rest of my life is honestly insane. Willow is the witchy descent into the Folklorean woods – but this time, it feels like there’s no way out. The strings are all encompassing, warm, delicate. It’s enchanting.

Forget the cottagecore name, Cardigan has some of the best songwriting not just any of Taylor Swift number ones, but of any song in her discography. The chorus is swoon worthy, but it’s the bridge that elevates this song to masterpiece status. Just read this. Read it and weep!

Blank Space is the Taylor Swift signature song. If an alien asked me who Taylor Swift was and what she was known for, Blank Space is the song I’d play them. Just me and an alien sharing my AirPods (assuming the alien has the body facilities to put an AirPod in – if not, we’d work around it) and witnessing their reaction to “SCREAMING, CRYING, PERFECT, STORM!” for the first time. Of all the Taylor Swift number ones, I feel like it’s Blank Space that feels like it was born to sit atop the charts. It was born to define a decade, a GENERATION, of pop music.

I think we all just need to take a moment and think about how, in an age of TikTok shrinking song lengths to the two minute mark, Taylor Swift got to number one with a 10 minute long extended edition of a song that was nearly a decade old. And what’s even more remarkable is that it’s a song with a 10 minute runtime that never once feels like it’s treading water – every bit feels vital, every lyric is devastating, every vocal perfectly sang to make you feel like this is about a breakup you’re currently living the hell of. It’s the best of the Taylor Swift number ones and the best of any other song she’s ever penned. It’s perfection.

Listen to all the ranked Taylor Swift singles on the Spotify playlist here.

• Quiz: Which Taylor Swift era are you, really?