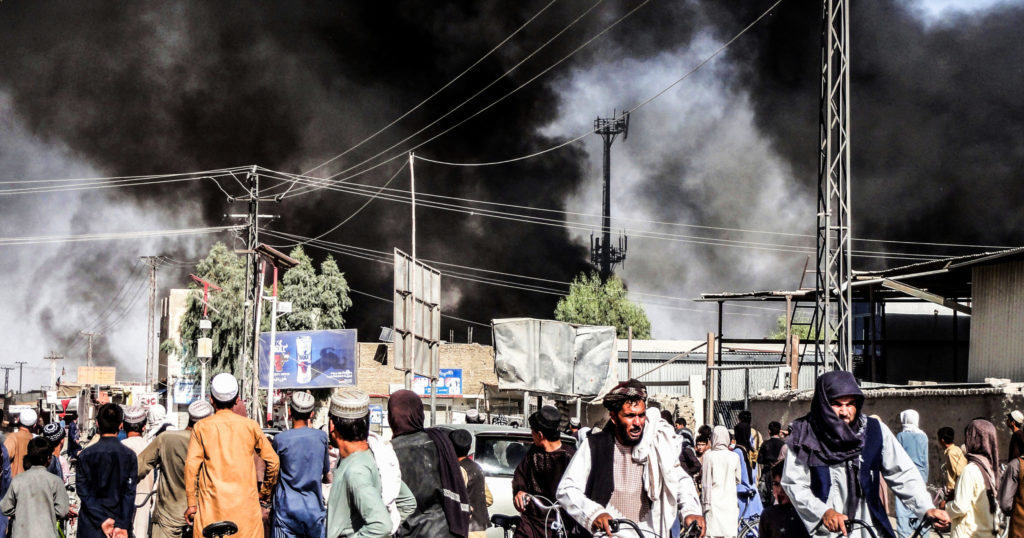 ‘If they see that I am in western education, in their definition, I will be their enemy’

Two Oxford postgraduate students are stuck in Kabul after they were denied entry onto evacuation flights to the UK, The Times reports.

The pair are now hiding from the Taliban and are fearing for their lives.

Ahmad* moved to Kabul in 2015 after the Taliban captured and tortured his family. He has been working for the Afghan government and chose to stay in Afghanistan following the death of his father, so he can look after his relatives.

Since then, he’s been attending online classes at Oxford, although in a normal year, he would be going to the uni in-person.

Ahmad doesn’t have a visa, but Oxford has sent him a letter showing he is eligible for a student visa based on his postgraduate status. According to UK law, this should allow Ahmad to come to the UK and bring his family with him.

But despite having the required paperwork, Ahmad was denied entry onto a plane to the UK.

Now, Ahmad is terrified that he will become a target for the Taliban because of the work he’s done for the Afghan government. “They have executed some police and soldiers from Kandahar and Helmand who used to work on the premises of the government,” Ahmad told The Times. “There is supposed to be an amnesty but there are killings.

“There are fears and concerns among government employees. The Taliban are assembling themselves in institutions. We were not anticipating this to happen so fast.

“My concern is how they are going to treat us as ex-government employees. I worked for the government for around ten years and did negotiations with the British embassy.”

Khan* was also studying remotely for his postgraduate degree from Oxford, while working in banking as well.

He has a visa for the UK but is currently hiding in his apartment with his family as gunfire rains down on the streets outside.

Khan says that the Taliban have been taking vehicles from the apartments around him and are now looking for people who may be connected to the UK, USA or NATO.

“If they know that I am studying in Oxford University and will see that I am in western education, in their definition, I will be their enemy. They are gathering information from relatives; social media and they are active in Facebook and LinkedIn,” Khan told The Times.

*Names have been changed to preserve anonymity

• British student who was stuck in Afghanistan has now been rescued