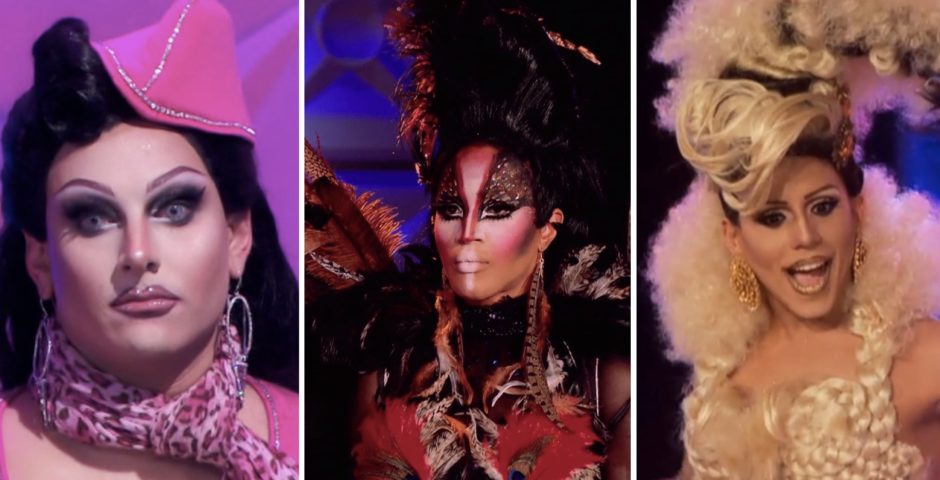 All the rumoured queens dressed in the same theme for a photoshoot? Interesting 👀

The long rumoured cast is seeming more and more likely, with pictures of the rumoured queens looking like they’re on set for the official All Stars promo shoot starting to circulate on social media last night.

Drag Race fans have become skilled at predicting rumoured casts for All Stars seasons over the years by monitoring the social media accounts of queens who stop posting – usually implying that the queens have gone to film as they can’t take their phones with them to shoot a season.

The latest pictures leaking is the most concrete evidence we have so far that the rumoured cast that’s been circulating is pretty spot on.

There hasn’t been any word from World of Wonder and the RuPaul’s Drag Race social media accounts yet on when the cast is officially dropping and if the leaked pictures are legit, but here’s a round up of the rumoured queens and the new pics we’ve seen of them.

eureka for rpdr all stars 6, saw this on instagram but idk where it's really from pic.twitter.com/bg0oQcdYwa

Ginger Minj (Season 7 and All Stars 2)

Ginger becomes the first queen rumoured to be returning from an All Stars season that wasn’t AS1. Because All Stars 1 had the twist of queens competing in pairs, queens such as Manila, Latrice and Jujubee have returned to All Stars to get a proper stab at it. Ginger Minj competed on All Stars 2, but is back again – meaning the floor seems to be open for queens who have competed in AS2, 3, 4 and 5 to potentially return again in the future.

nothing but respect for my All Stars 6 winner pic.twitter.com/ceOWVUdmag

Pandora Boxx (Season 2 and All Stars 1)

Yara Sofia (Season 3 and All Stars 1)

The latest rumours and leaks for All Stars 6 is a sign that the official Drag Race cast announcement, promo pics and trailer is surely getting close. The cast is definitely on the unconventional side – it’s the first time where the majority of the rumoured cast didn’t finish higher than seventh when they were competing, and has left some fans asking what makes an all star.

I do not see these queens as All Star queens. Well, with the exception of Jan pic.twitter.com/XSPZVOiYoU

Eureka & Silky on a series together, haven’t we suffered enough already? #AllStars6

Keep your eyes on the @RuPaulsDragRace Twitter for the latest updates.

Or lurk on the Reddit forums. If you’re brave enough.

• Quiz: Which Drag Race Down Under queen are you?