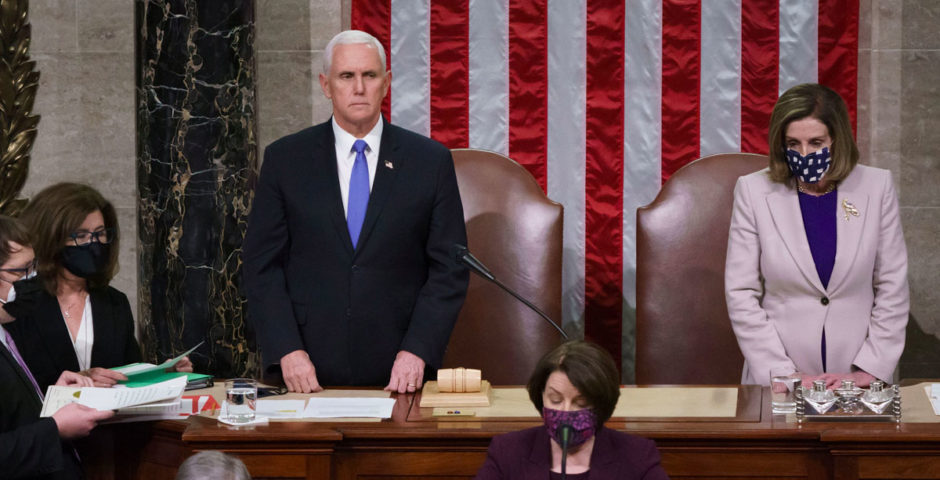 What actually is the 25th Amendment?

People are calling for Mike Pence to invoke it

After yesterday’s siege on the Capitol by Trump supporters, people are calling for vice-president Mike Pence to invoke the 25th Amendment.

Supporters gathered to protest the results of the 2020 election and stormed Capitol Hill resulting in four deaths and many breaking into the Senate chamber.

Donald Trump called for his supporters to go home but still insisted the fake claims that the election was stolen. Mike Pence defied Trump and confirmed his plans to certify Joe Biden’s win.

Pence has now been called on by many to invoke the 25th Amendment after many Republicans accused the president of inciting the violence which led to yesterday’s riots.

Dear @VP @Mike_Pence: If Trump doesn’t resign, please start 25th Amendment proceedings to remove him. As you are well aware, @realDonaldTrump is detached from reality, angry and dangerous. Below is our letter to you from multiple Members of the @HouseJudiciary Committee. https://t.co/vgl2eCEA7q

Congressmen David Cicilline and Ted Leui were among many penning a letter to Mike Pence, to invoke the Amendment, but what exactly is it?

What is the 25th Amendment?

The 25th Amendment of the US constitution is there for whenever a president is unable to carry out their duties for any reason.

If a president knows they will be unable to perform their duties, because they are going to be unconscious during an operation for example, they can notify Congress.

However the fourth section of this amendment is about what happens when the President is is unable to discharge his duties, but does not transfer power.

The vice president and the majority of the cabinet would then have to declare the president unfit to lead.

How can the 25th Amendment be invoked?

In order to invoke section four of the 25th Amendment the vice president and the majority of cabinet would have declare the president unfit to lead.

They would then have to send a letter to the House Speaker and president pro tempore (the second-highest ranking official in the Senate) saying their thoughts.

Then the vice president would become acting president. And now Donald Trump’s Cabinet secretaries are said to be in talks for invoking the Amendment.

•Government petition to reduce uni fees to £3k gets 340,000 signatures in one day