Ranked: The uni cities with the most burglaries

Let’s all move to Norfolk

Sat at home, far from your beloved uni house that you’re probably paying to be apart from, I’m sure it’s crossed your mind just how safe that toaster you left behind is. Well wonder no more: we’ve got the definitive ranking of each uni town, in order of how many crimes were committed per 1,000 people, including burglaries.

All the stats listed are from June 2018-June 2019 and are taken from the Police websites for Scotland, Northern Ireland, England and Wales. 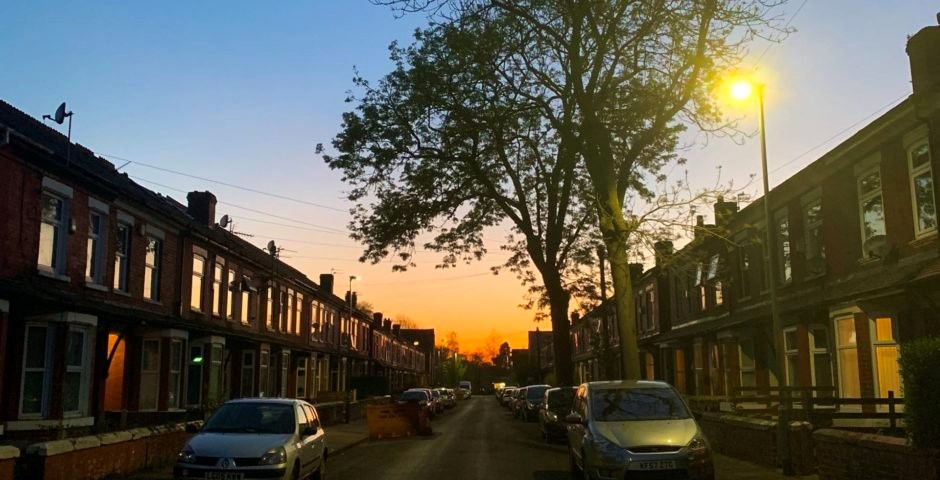 Coming in first it’s the land of Oasis and signet rings. Manchester recorded 164 crimes per 1,000 residents last year, 15 more than anywhere else. It’s also top for burglaries, with nearly 14 per 1,000 residents. One saving grace is there were only three bike thefts per 1,000 people, presumably because it’s hard to take them on public transport (0161 thank God for the trams). Surprisingly for a uni town of Manchester’s reputation there were just four reported drug crimes per 1,000 people, which perhaps reveals more about how sneaky Mancs can be.

Keeping with the big city theme, Nottingham comes in next. At 135, It’s only five reported crimes per 1,000 people – better than Newcastle with very similar stats on bike theft (three) and burglary (eight). However, it tops the table so far on reported drug crime, with eight per 1,000 people. 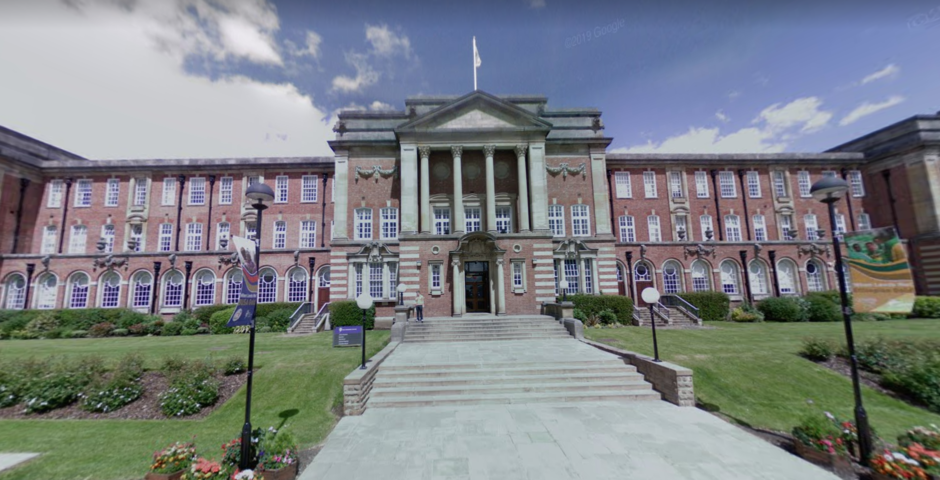 Trailing Nottingham by 0.03 crimes per 1,000 people is Leeds. There are hardly any bikes theft, just one per 1,000 residents, and reported drug crime is way down at three. Burglaries really bring Leeds into its own though, coming in second only to Manchester with 12 per 1,000 residents.

Finally we move down south. At 127 crimes per 1,000 people, Southampton just about falls behind out Lincoln, but alarmingly there are 10 burglaries, whilst both drug crime and bike theft stay down at three and four respectively.

A post shared by University of Cambridge (@cambridgeuniversity) on Jun 7, 2020 at 6:43am PDT

Cambridge recorded 122 crimes per 1,000 people, with nine burglaries and just two reported drug crimes. These may sound like fairly ordinary stats, but Cambridge really comes onto its own on bike crime, with a whopping 23 bike thefts per 1,000 residents, giving them a 10-bike lead over Oxford in the only real Varsity.

Plenty of KCL and UCL students call Southwark home as well as both UAL and South Bank Uni, Southwark racked up 120 crimes per 1,000 residents, scoring particularly badly on burglaries with 10. There were seven recorded drug crimes, and just five bike thefts per 1,000.

That’s right, you’re safer as a Scouser than at Cambridge. Liverpool is our first town to record below 120 crimes per 1,000 people, although drug crimes are way up at 11, and burglaries are still high at nine. Your bike will be safe though, with just under two bike thefts per 1,000 people.

The first of the West Country bloc comes in next, with 113 crimes per 1,000 people. Burglary was high at eight per 1,000 residents, but drug crime, surprisingly in the Ket capital of the world, was down at just two. Four bikes were stolen per 1,000 people, and I’m surprised it was as many as that given the whole city is a collection of vertical hills.

We miss our lunchtime strolls down Park Place, so ❤️ seeing this great @cardiffunilib snap of the new Centre for Student Life taking shape.⁣ ⁣ Head over to their new Insta account for more shots of the build.

The land of Harry Redknapp and Taco Bell comes in next, with 104 crimes per 1,000 citizens. Burglary was high at eight, which you would perhaps expect in a city with so many mega mansions, but bike theft and drug crime were both low at three per 1,000 citizens. Perhaps we should have a new section for beach gathering crime.

Next we have the closest thing British unis have to Hogwarts. Durham recorded 97 crimes per 1,000 people in the year to June 2019, with seven burglaries, two bike crimes, and a staggeringly low drug crime rate, with less than one per 1,000 people. Nerds.

Back to Yorkshire and Sheffield, where 94 crimes per 1,000 people were recorded last year. As with most big cities on this list, burglaries were high with 10 per thousand people, although bike and drug crime were both low, coming in at one and two crimes per 1,000 residents.

Some of the things I like to do in Exeter 📸 🌁 The Quay, when it’s been a lovely day going to the quay as the sunset is beautiful down there! • ☕️ @thecoffeecellar is one of my favourite little coffee shops and it’s right on the quay! They do the best flapjacks and hot chocolates topped with marshmallows and cream!! You can sit outside and enjoy the sunshine or sit inside on some comfy sofas! • 🚶🏻‍♀️Walking around town and down by the quay. We came across a really colourful underpass and I love looking at graffiti! Plus you find little shops and sights you would have never known existed! • 🍳Brunch at Bills is another one of my favourites, the interior is so pretty as it’s colourful and got loads of plants inside. The perfect chance to treat yourself, plus the eggs royale is divine! • 🌳There are lots of parks scattered around exeter, my friends and I love grabbing a rugby ball and football and spending time in the park! • 🏌🏼The Driving Range is another fun thing to do, even if you are as terrible at golf as I am. It’s a good laugh going with your friends and perfect to get a little competitive over. • 🏉Touch Duckes is an event that happens in the third term, it’s a touch rugby tournament that happens at Duckes Meadow. There is also a rounders tournament down there too, everyone gets together to celebrate the end of the year whilst enjoying the sports, sunshine and music! #exeteruniversity #universityofexeter #studenttakeover #loveexeter #unilife #exeterunilife #exeterstudent

The most abused and memed city in the country, Coventry reported 79 crimes per 1,000 people, with nine burglaries. Reported drug crime was low at one per 1,000 citizens, whilst there were two bike thefts.

Next we have the leafy suburb of Egham, home to Royal Holloway Uni. 73 crimes per 1,000 people were recorded over the year, with burglaries low at just five. Drug crime was higher than other areas with similar overall crime rates with four per 1,000 residents, but bike theft was low at just one.

Venturing up to Scotland now, Glasgow recorded just 72 crimes per 1,000 people in the year to June 2019, not tall befitting the view given to us by Kevin Bridges and Frankie Boyle.

Dropping below 70 now, we have the epitome of Middle England: Leamington Spa, home to Warwick Uni. 65 crimes per 1,000 residents were recorded here last year, with seven burglaries. Drug crime and bike theft both came in impressively low, with one each per 1,000 residents.

A surprisingly low entry on this list is Edinburgh, which recorded just 60 crimes per 1,000 people in 2018-19. That’s just over double the stat for Bike theft alone in Cambridge, so the Southern Scottish city has clearly come along way since the Trainspotting days.

Next we have our only Northern Irish entry, where just 56 crimes were reported per 1,000 residents. Good effort Belfast.

Our last Scottish entry comes in ever so close to going-sub 50 with 51 crimes per 1,000 residents. It’s also meant to be a great place for dolphin spotting so I’m struggling to fault Aberdeen. 10/10.

Finally, we have the home of UEA. With just 42 crimes per 1,000 people, Norwich is miles behind the next safest English town, and a fair way off Aberdeen. There were just three burglaries per 1,000 people, one drug crime, and less than 0.5 bike thefts. As long as you’re not a local radio star impaling your foot on a spike, Norwich is the safest University Town in the UK.

• Graduates will be some of the worst-hit by the crisis, warns economist

• Lost grad jobs and panic Masters: We spoke to final years graduating with nowhere to go