From Damn Daniel to Alex from Target: Where are the heroes from viral memes now?

You know I had to do it to ’em

Meme fame is different from normal fame, not only because people rarely get as much money from it, but because people not only mercilessly take the piss out of you, but are actually encouraged to. Are they being used as a joke, or are they the joke itself? It’s often not that clear cut, but one thing is for sure: they sure are funny as fuck.

What has happened to some of our favourites from the last decade and beyond though? They seem to have such a short life before they’re never heard from again. However, people come and go, but these 13 heroes from the viral memes of the past will be immortalised forever on the internet.

Why was he singing in the middle of a Walmart? Where are his parents? Whatever questions you might have, it’s undeniable that he completely blew up after this seemingly ordinary video.

Mason Ramsay has since become a huge star, doing the usual Ellen appearance, and he now performs all over the world as a legitimate country artist. His Spotify artist page shows that he has nearly one million monthly listeners, with near enough 50 million listens on a couple of his songs. He’s also met up with Justin Bieber at Coachella, and he’s even called on Millie Bobby Brown saying that he’s interested. True rock star movements:

@milliebobbybrown this is for you 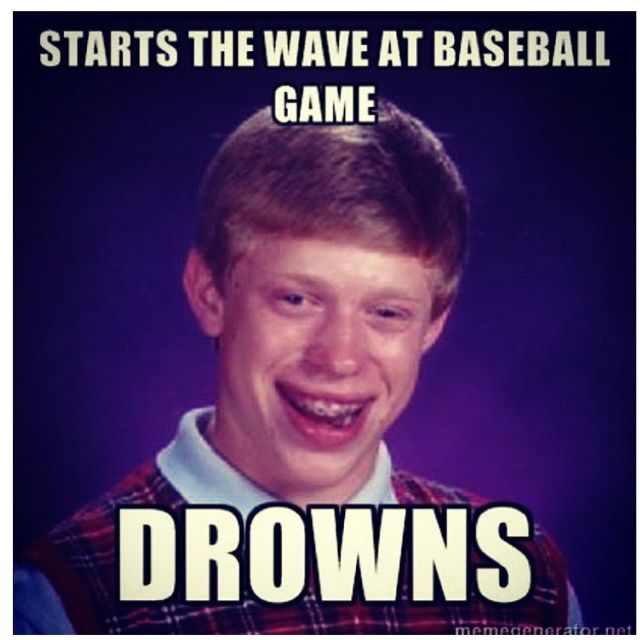 Bad Luck Brian was one of those unfortunate people that got memed for what was a normal photo. Like, why? What about him looks particularly unlucky? Was it just Brian for the sake of alliteration? So many questions. Either way, this is one of the absolute OG memes, in a day where you’d come home from school and scroll 9gag, wheezing at the epic le troll faces and rage comics.

Thankfully we’ve come a long way since and it looks like Brian, or Kyle Craven as he goes by in the real world, has fully accepted his meme status. In a Reddit AMA that he’s done since, he revealed that he’s actually had good luck in life, once winning an Xbox and PSP within two weeks of each other. He has since appeared in an advert for McDonald’s.

Big meme, perhaps even bigger song. We all remember this interview for Dodson’s weird mannerisms and hilarious way of putting things. He’s so blunt, so dramatic: HIDE YO KIDS, HIDE YO WIFE.

He’s had a few important things happen since his meme fame. In 2013 he announced that he had become a Hebrew Israelite and that he was “no longer into homosexuality”. Then he got a wife and had a child in 2o14.

THEN, in 2018, he identified himself as a bisexual man again. Anyway, here’s what he looks like now:

Ylvis – What Does the Fox Say

What does the fox say, I hear you ask? Not much since 2013 apparently, as nobody in the UK has heard but a peep from “Ylvis” since. Reaching astronomical meme success with their song (that even became top of The New York Times Best Seller list as a book), they soon faded into obscurity, but you’ll be glad to hear that they’re still going strong.

Ylvis are a comedy duo, that have actually achieved a lot of success in their home country of Norway. They have done lots of TV, such as a show they present called I kveld med YLVIS (rolls off the tongue doesn’t it?). They’ve also made lots of music – here’s a particularly strange offering:

Joji, or Filthy Frank as he was known at the time, is a YouTuber-come-musician who invented the Harlem Shake. You know, the one where everyone shuffles about awkwardly until the drop, where they lose their shit?

And when I say YouTuber-come-musician, I don’t mean the shit that comes from your Jake Pauls and your Dobre Brothers, no, we mean actual commercially successful artist that has played many big venues and festivals. He’s totally friends with Post Malone, has performed on Jimmy Fallon’s show and became the first Asian-born artist to top the Billboard Top 100. So yeah, not your average YouTube musician. 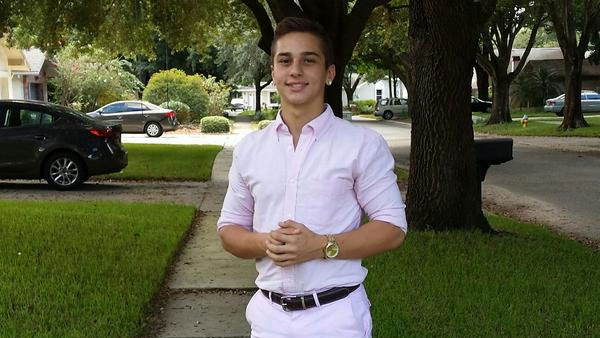 Nobody really knows why Lucky Luciano became a meme, but if the internet likes to do anything, it’s to mercilessly shitpost someone when they look like they need taking down a peg or two, and unfortunately, that’s what happened in Luciano’s case.

He started a Gofundme to pay for legal costs after he was arrested. The only detail he gave regarding why, was that it was “over BS”, writing that he “was followed, stalked and detained unlawfully by officers who found trying to ruin my life. They found this funny, amusing and tormented me the entire time.” Yikes.

Danielle Bregoli – Cash me outside

Urgh. Young Danielle Bregolli went to see the insufferable Dr Phil because her mum accused her of being a massive fucking cow in the house. She ended up giving insufferable Phil major attitude, before delivering the famous line that we all know and loath her for: “Cash me outside, how bow dah?”.

Since then, she has appeared in multiple YouTuber’s videos, such as one particularly memorable one with Logan Paul, and has even released her own music. Great backing track, cool video, disappointing vocals, disappointed in Lil Yachty (and David Spade): 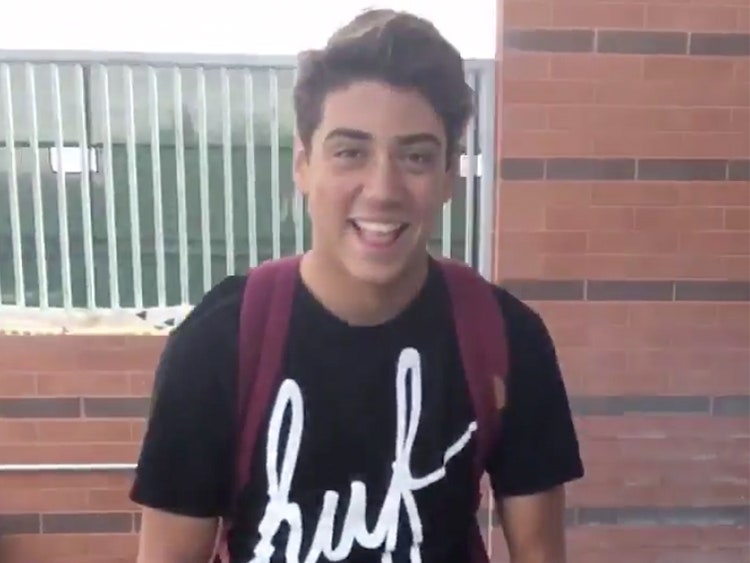 Back at it again with the white vans!

If anything was ever proof that something immediately becomes unfunny once Ellen Degeneres gets her mits on it, it is most certainly this. This was funny for about a week (that’s generous), and so it’s sweat wiped from the brow to see that not much has been heard of them since.

The two guys, Josh and Daniel, have since appeared in numerous adverts, and Dan even has a blue tick on Instagram and nearly 500k followers, while Josh only has 70k. Dan seems to have turned off the comments on his latest uploads – can’t guess why. Oh, and the last thing I wanted to do in this article is ruin your day, but I’ve got some really terrible news – according to The Guardian, hackers broke into Josh Holz’s Twitter account and deleted the original video. Shame. 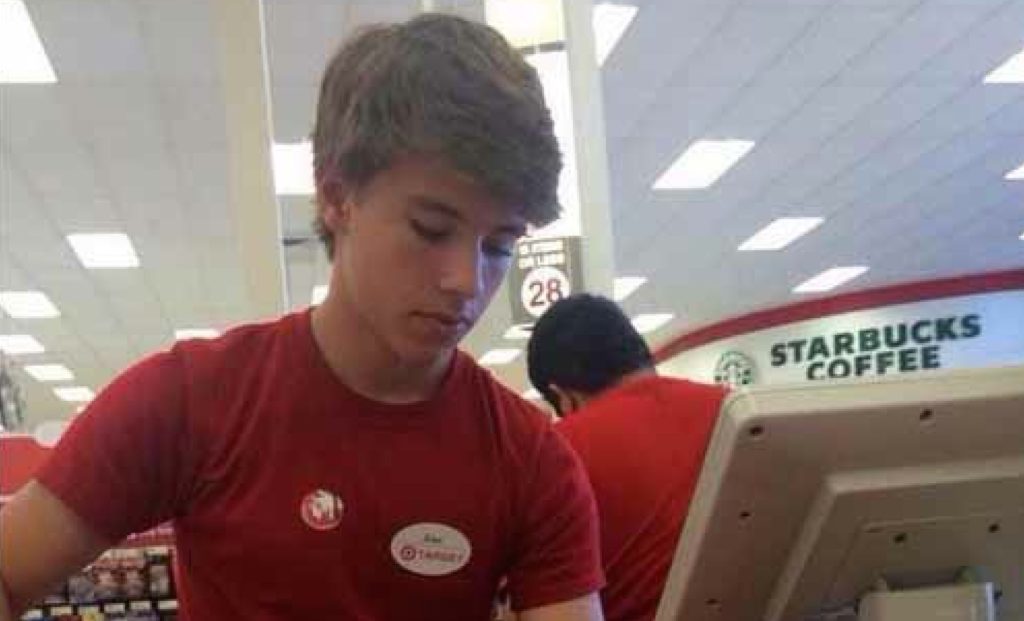 Alex from Target was only famous for being good looking while working at Target, and is yet ANOTHER example of Ellen making memes disappear. The Ellen Curse, that’s what it shall be referred to from now on. I should try and get my mother in law on the show (cue audience laughter).

For starters, Alex had to leave school due to the fame. Talking to J14, he said: “I had to leave high school after going on the Ellen Show — in Texas you can only miss ten days of school before you’re truant and you have to go to court. So, I had to go to court because I was missing so much school from flying out to Los Angeles and all that stuff.”

Alex hasn’t tweeted since 2017 and doesn’t appear to have any social media, so we can only assume that he is fully out of the spotlight.

Public notice to all friends, family and business associates… I will no longer be responding to texts with words. From this day forward I speak only in”Hide the Pain Harold” memes. Thank you for understanding. pic.twitter.com/H5i5hQzT5X

To wake up and find that some relatively normal stock images (in the grand scheme of stock images, that is) have become viral, must be an utterly confusing experience, but that’s exactly what happened to András Arató, who modelled for several stock images before the internet got a hold on them.

If you’re in tune with your modern media, you likely will have seen him appear in mutliple articles and adverts, for he seems to have steered fully into the skid. Whether it’s a weird ad about him going to university in the UK, or several mini-documentaries made about his rise to fame as a meme, he seems to be getting fully involved – get that paper, Harold.

• What is the Karen meme and why are people debating if it’s problematic?