This Leeds student tweeted her diss about Louis Theroux to him, and he liked it!

She’s hoping for a DM any minute

There’s a very small, brave circle of students in the world that choose to write their dissertation on their hero. I say brave because whilst everyone else chooses a topic because they believe it will get them the best mark possible, these students instead dedicate months of hard work solely for the opportunity to @ their hero when it’s finished. 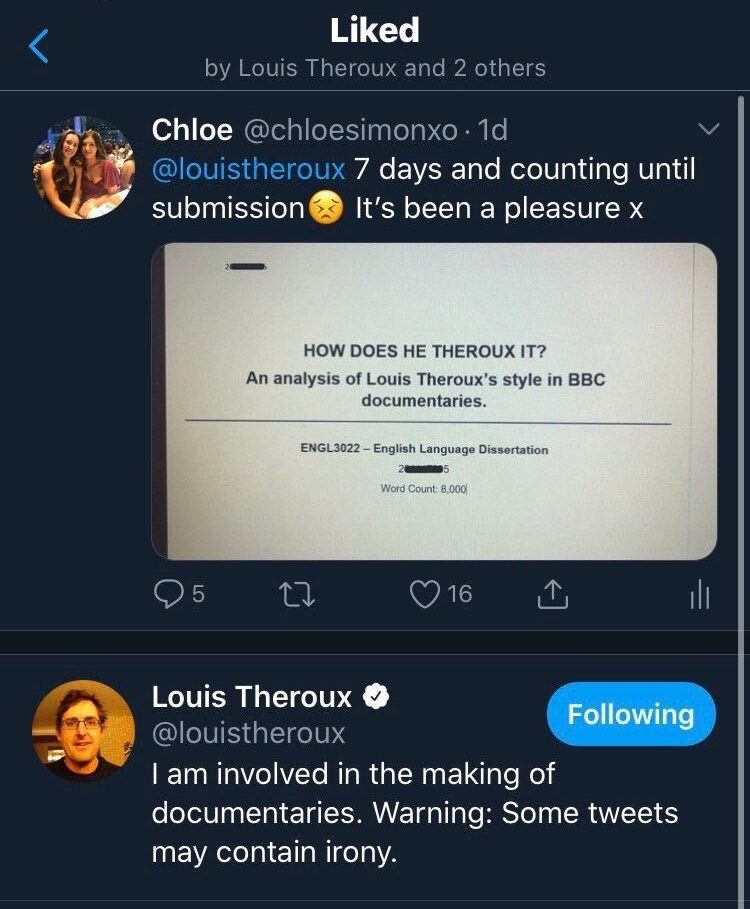 Whether you’re a fan of Louis or not, he’s a TV legend – anyone would be chuffed if he liked their tweet. Being a huge idol of Chloe’s, she was – naturally – fucking gassed about it. So much so, she posted a second tweet: “LOUIS THEROUX LIKED MY TWEET !!! LOUIS THEROUX KNOWS I EXIST !!”

Chloe’s official title for her dissertation is: How does he Theroux it? An analysis of Louis Theroux’s style in BBC documentaries. She told me she’s always been a big fan of Louis’s work but didn’t think of channelling this love into her diss until her tutor suggested it.

“I love him, have done for years”, she said. “A tutor at the start of second year jokingly said I should write my dissertation on him. This tutor ended up being my diss supervisor so of course I went and did it, didn’t I?” 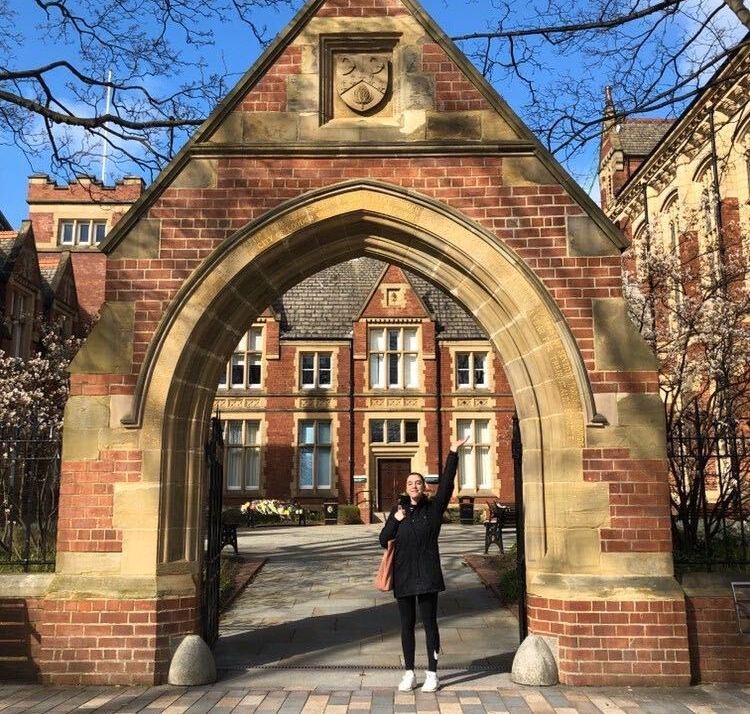 Although she hasn’t submitted the paper yet, she couldn’t wait to tweet Louis, and it paid off because he clearly loves it. The tweet now has 159 likes and apparently people have been asking Chloe if they can read it. She told The Tab: “I’m flattered but I’m not sure it’ll be good enough for that”.

As a final try to get Louis to actually reply to her, she plans on tweeting him again on Monday, after it’s submitted. “I’m hoping he replies to me next week when I say it’s submitted… a gal can dream”.

She’s shooting big. I really hope it pays off, Chloe, and you haven’t just failed your diss for nothing x

If you’ve written your diss in record time or chosen a jokes topic, get in touch. Email your name, university and details of your diss to [email protected]

• A third year sent her dissertation to David Attenborough and he replied!

• This Durham grad wrote her dissertation in just EIGHT hours and still got a 2:1