It’s so Lottie it hurts

Last night there was a special extra episode of The Apprentice called “The Final Five”. During the show we finally got the find out the business plans belonging to all of the final five candidates.

But one business plan seems to have struck a chord with people: Lottie Lion’s. Twitter was straight to rinse her for it, because it is just so Lottie. Here’s her idea and what people had to say.

Lottie Lion grew up in the countryside, in a remote part of Devon. Her business idea is to create a membership club for ladies in the countryside. She says she would like to give women in the club a chance to do things they love such as shooting, events, dinners and dances.

She wants the investment from Lord Sugar to make it “come to life”. 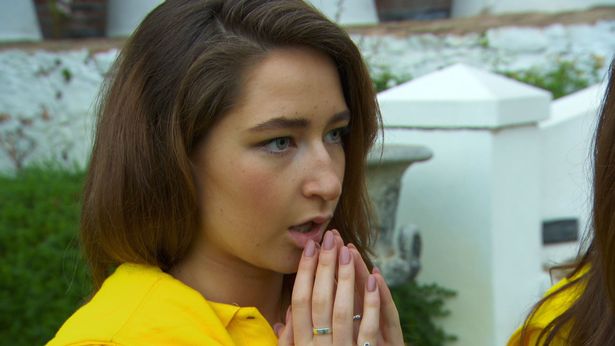 People have been quick to rinse the idea

A posh ladies membership club is just so Lottie Lion it hurts. You can picture her talking about how she’s worked in the best wine bar in the world, played viola since she was born and knows everything about everything. A women’s membership club would be Lottie’s vibe through and through.

Twitter definitely picked up on that. One tweet compared it to Absolutely Fabulous and another added: “So… Lottie has always lived in Barnstable and her business plan is a countryside club for poshos.”

So… Lottie has always lived in Barnstable and her business plan is a countryside club for poshos.

The question must be: When the fuck did she work in "London's best wine bar"?#TheApprentice
#

And not many seem invested in her to win

Business plan aside, it seems as though most people just can’t wait to see Lottie getting roasted in the interview stages of the show.

One tweet said: “Anyone but Lottie to win” and another added: “If Lottie wins I’m never watching again.”

More tweets added that with the election coming, we could be in for a couple of bad outcomes this week. One commented: “Only hope now is we don’t get a Tory majority and Lottie as Alan Sugar’s business partner or I’m done.”

However Lottie does have some backing. A fan account for Lottie said: @LottieLion1 Better not go tonight! Swear i’m the only one rooting for she but she better stay! As she has been the most consistent in every task and has also made some great decisions please win! How the hell is @Pamela_Laird still in there?”

When someone reminds you that Lottie will be in at least one more episode#TheApprenticepic.twitter.com/2osNwKAhKe

But you can’t deny, if anyone can sell a countryside club to posh women, it’s probably Lottie. Plus, she really does back herself.