I will never be over this

Last night was arguably the saddest episode of The Apprentice in all its history. If you don’t want spoilers, you should probably look away now.

Our King, our hero, our legend Thomas Skinner was fired. And if I’m honest I’m really not ok about it.

He was more than just a candidate, he was our friend. Yes he was completely in his own world and borderline deluded over how good he thought some of his ideas were – but from the beginning he had us. I was sold at “I sell pillas”. He was funny, he was entertaining and he was just all round classic. He was like no other candidate The Apprentice has ever seen.

First Ryan-Mark was fired, and now this. Here are 27 memes to soften the blow.

May I just say ! Being a candidate in #TheApprentice was the best thing I've ever done. And I enjoyed myself so so much!! Thank you for all the love and support. Thank you @karren_brady @claudelittner and @Lord_Sugar !! It was brilliant xx

4. JUST WANT THEM BACK 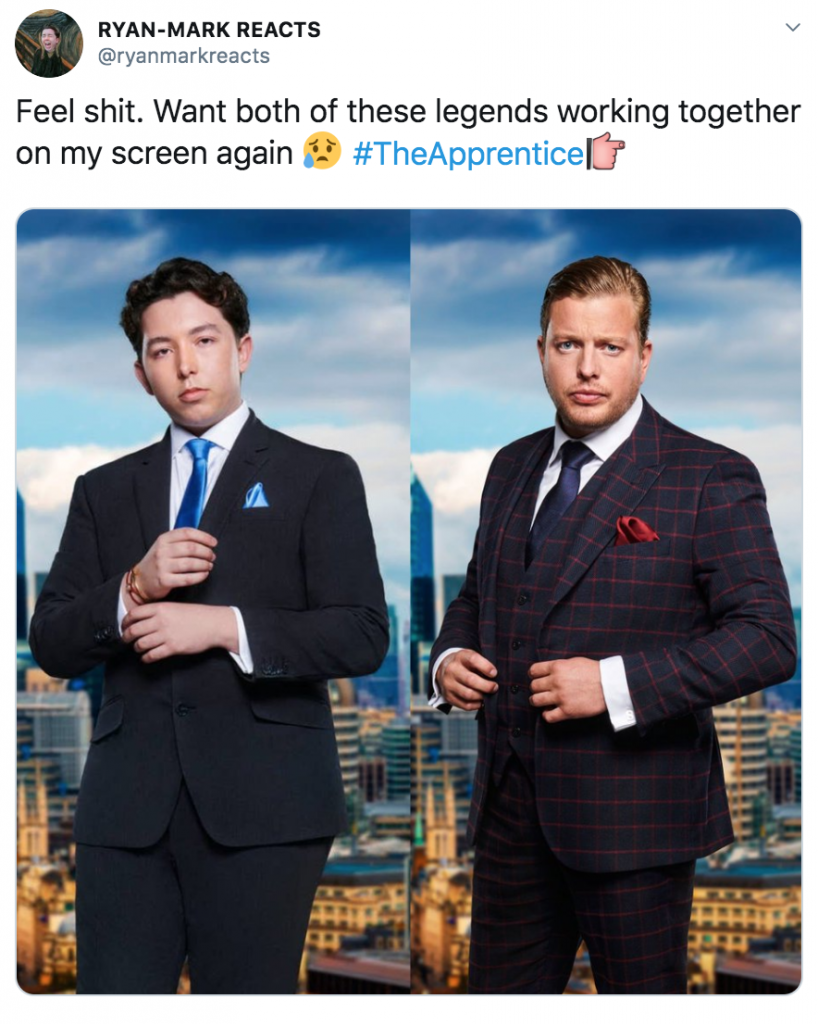 What a diamond ??#TheApprentice pic.twitter.com/4dat41CDMY

We all know who the real winner of the series is #TheApprentice pic.twitter.com/5vHJfvWznk

8. Thank god it wasn’t only me that actually cried

The Winner we all deserved ??, feel like pure shit just want @iamtomskinner back ?? #TheApprentice pic.twitter.com/PhHajRAS6Y

14. He really was something

Other in the cab saying why they shouldn’t be fired, while King Thomas says the rest of them deserve the best #TheApprentice pic.twitter.com/6HN8PYzYnY

Oh Thomas you deserved better you absolute King. Thank you for your service. #TheApprentice pic.twitter.com/Nx2yWXAKTO

16. When does the riot start then boys?

#TheApprentice me starting a petition to get thomas his own reality tv show @iamtomskinner pic.twitter.com/lzCOy8C29j 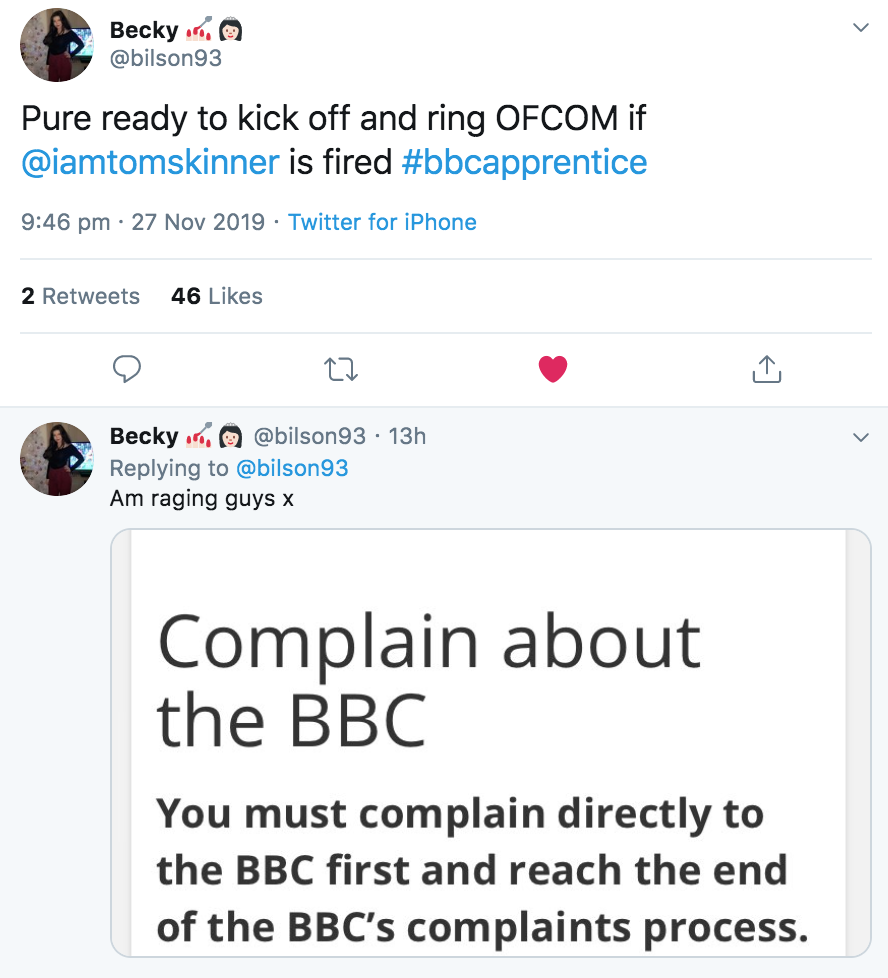 That was genuinely the nicest firing speech lord sugar has ever given, it was really quite sweet #theapprentice

"Thomas, its been great knowing you, i hope you've learned a lot in this process. You're a great lad, i wish you all the best but it is with great regret that you are fired. Marianne, you can fuck off an all" #TheApprentice

23. Thank you for the entertainment

Goodbye, England’s rose
May you ever
Grow in our hearts #TheApprentice pic.twitter.com/5I2YEBlmxt

24. This is the most accurate meme yet

All of the general public after Thomas was fired vs Lord Sugar#TheApprentice pic.twitter.com/JipQpA5KCv

He might not be Lord Sugar's business partner, but he's won the heart of the nation #TheApprentice pic.twitter.com/Owx2vqevkK

27. There’s really no point anymore is there?

The Apprentice is back next Wednesday on BBC One, if you can still find a reason to tune in.