She is said to be devastated over her breakup from Curtis

The 26-year-old air stewardess has reportedly told producers she wanted to leave after an overwhelming week where she split with “half boyfriend” Curtis Pritchard.

Amy was removed from the villa three days ago to receive psychological therapy after being humiliated by Curtis. Love Island bosses had decided to step in and temporarily remove her after Curtis said his head had been turned in Casa Amor.

But now Amy has made the decision to leave the ITV show permanently. 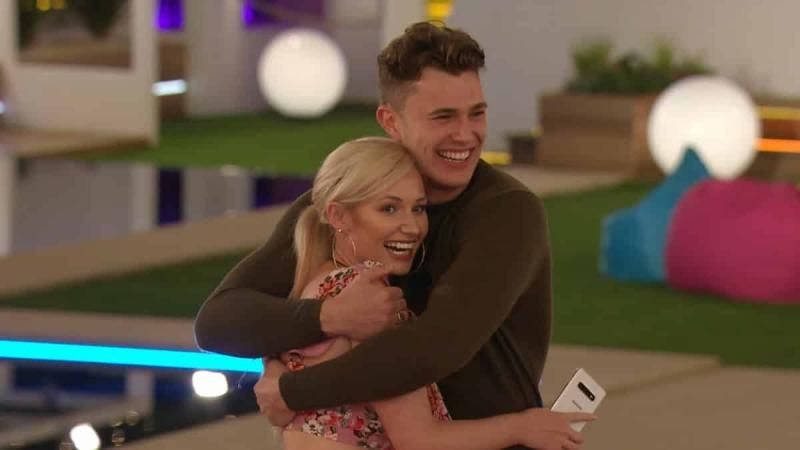 Amy and Curtis when they were together

A source close to Amy said: “It was Amy’s decision to walk from the villa as she felt she had gotten as much as she could from the experience.

“She fell in love, had her heart broken and couldn’t stand the thought of seeing Curtis crack on with other girls while under the same roof as her.

“She was given therapy and support from the producers at ITV and they felt she was emotionally sound enough to make her own decision. They would never dream of keeping someone in there if they weren’t happy about it.”

Amy and Curtis decided to call quits on their relationship after he admitted to wanting to recouple with Jourdan Riane. After discussing their relationship, Curtis said he couldn’t confirm that his head wouldn’t be turned again, and they broke up.

Fellow contestant Maura then expressed her interest in Curtis. This further upset Amy when Curtis taught Maura to dance, something Amy had asked him to do with her multiple times but he hadn’t.

The Tab will update this story when more information is known.