Who is Alex Mann? The 15-year-old who stole the show on stage at Glasto

This year's Glastonbury was iconic in many ways. David Attenborough made a surprise appearance, Stormzy got thousands of people to say "fuck Boris" twice in a row and Lewis Capaldi took the piss out of Noel Gallagher for two hours straight. But it seems a 15-year-old in a PSG shirt and a bucket hat has stolen the show. Alex Mann, who woke up on Sunday morning a normal teenager but became a viral sensation by Monday, rapped along to "Thiago Silva" with his favourite rapper Dave and became a national treasure.

Alex, knowing every single word to the song, rapped for his dear life on Glastonbury’s the Other stage. Two days later, he's gained 110k followers on Twitter and 61k followers on Instagram. But who is Alex Mann? And how did one teenage boy create a moment that will go down in Glastonbury's history in just two minutes? 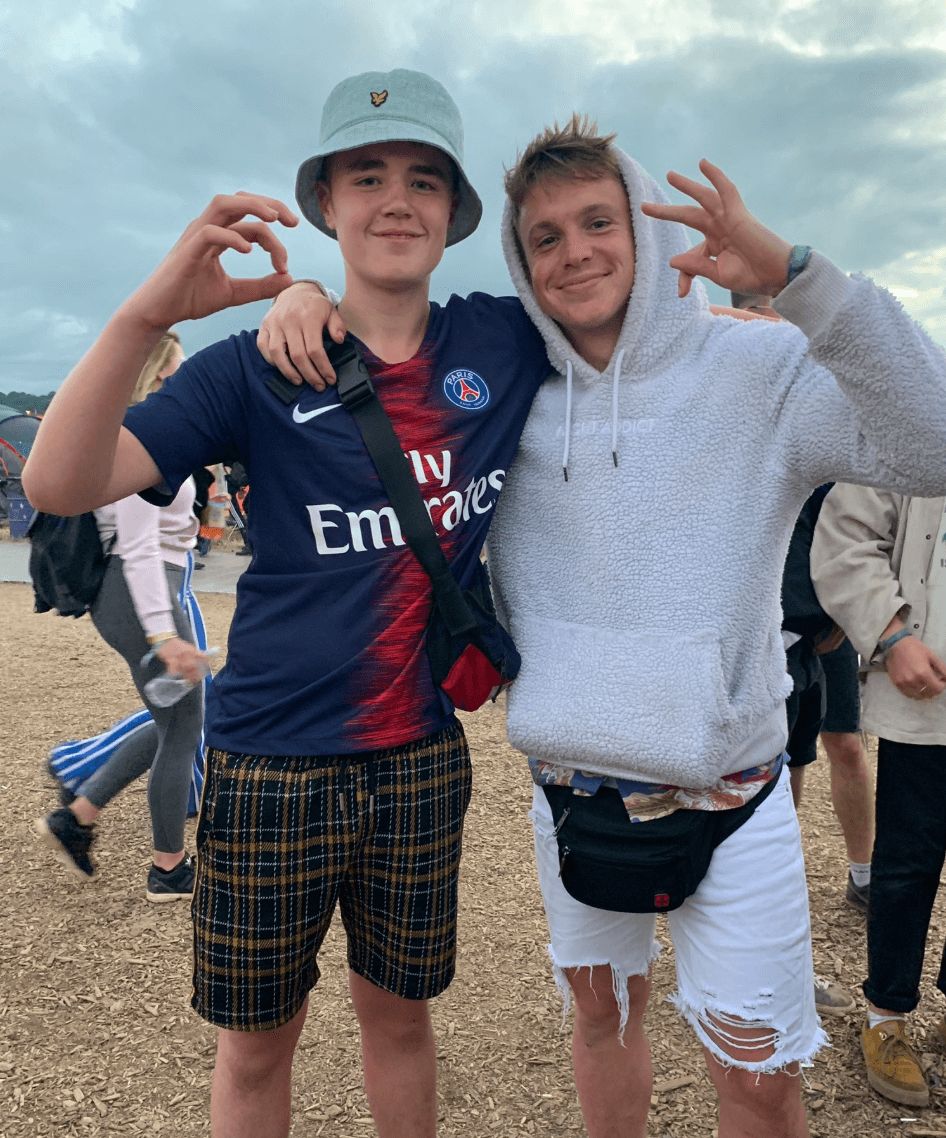 Who is Alex Mann?

Alex Mann is 15-years-old and from Wells in Somerset. He was at Glastonbury festival on Sunday when Dave was performing his set.

Alex was about three rows from the front, on his friend's shoulders when Dave was about to perform his song with AJ Tracey, Thiago Silva. The song is about the PSG footballer, and Alex had Silva's name on the back his shirt.

It was Alex's first time at Glastonbury, and he was there with around 20 friends. Oh, and apparently he phoned in sick to work to be there. Classic.

Imagine phoning in sick and then being caught out on national tv lmao pic.twitter.com/zWNCBb0Rjk

Dave said to the crowd: "Who is sober enough to sing these lyrics with me?" Alex caught his eye – no surprise given he was wearing a PSG shirt with Thiago Silva's name on the back. Next thing Alex Mann is up on the stage and about to start the rest of his life as "Alex from Glastonbury".

Dave told him to only cover AJ Tracey's part of the song, but Alex wasn't holding back. He rapped the entire set, and the BBC even credited the song as "Dave ft. Alex" in their coverage.

His friends captured the incredible moment on video and Alex has shared it on his Instagram page:

So glad I had the chance @santandave brought me out💗 #thiagosilva

What has Alex Mann said since his legendary set at Glasto?

In the an interview with The Guardian, Alex said he thought Dave was joking when he asked him to get up on stage. He said: "I’m not sure what was going through my head. I was so nervous. I thought: ‘What if I mess up?’ But then I went on stage and performed and it felt so good.

"When I was on stage, he [Dave] looked at me and said that if I got stuck and didn’t know the lyrics I could look him in the eyes and he would help.

"I’ve listened to the song plenty of times, to be fair, but I was worried when I went on stage. I didn’t think I would know all the lyrics but I did. I pick up lyrics quite fast.

"I walked off stage and the security guards took me back down and it was just amazing.

"The way security brought me back down was in front of everyone and I was walking past people who were screaming my name. I had the best time of my life."

What has life been like for Alex from Glastonbury, since the performance?

Since Sunday, Alex has been inundated with people getting in touch with him. In an interview with talkSPORT he said Thiago Silva has slid into his DMs asking to call him, and he's also had messages from Dave (full name David Orobosa Omoregie), BoohooMan, JD Sports and he has become top trending on Twitter with #AlexFromGlasto. 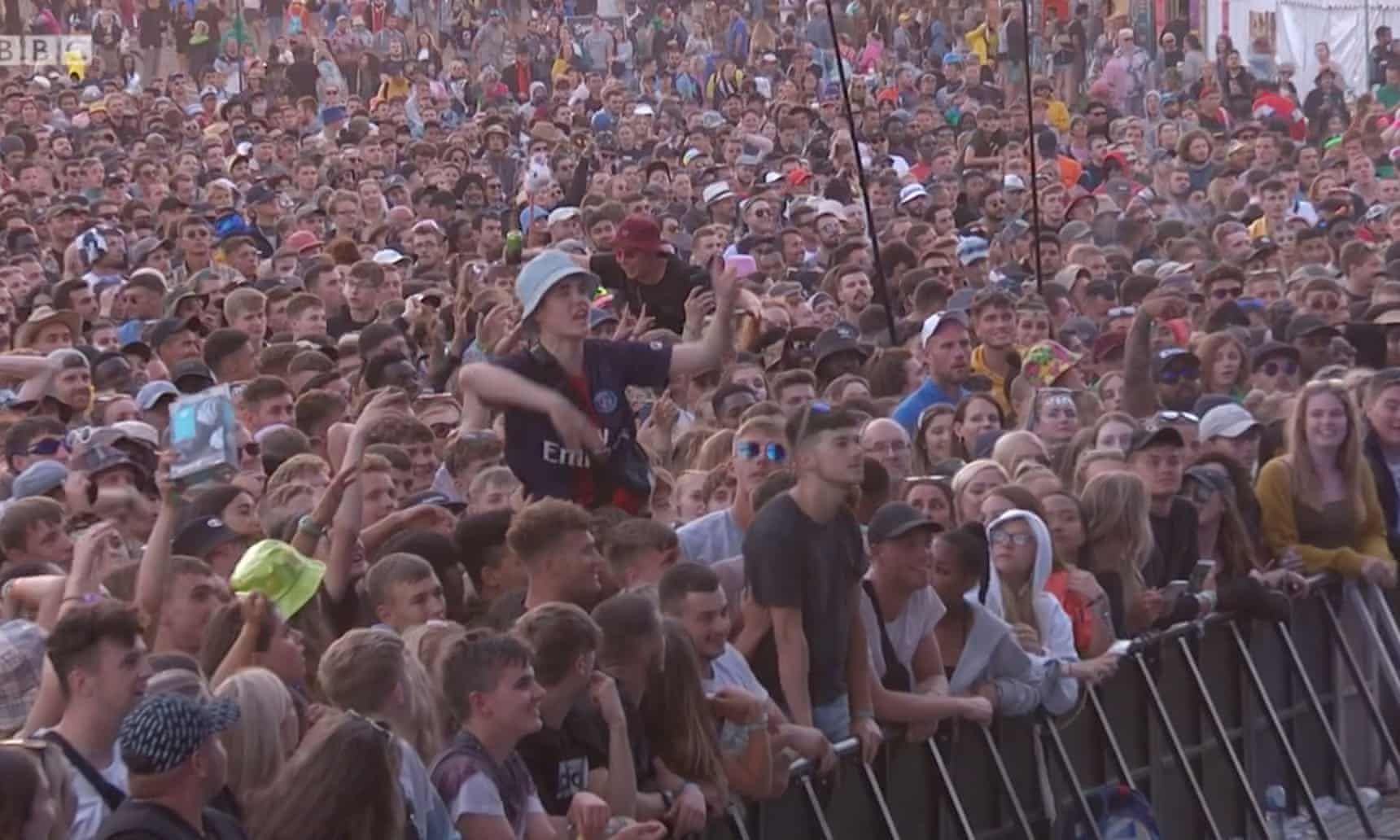 Alex Mann in the crowd at Glastonbury Festival

Alex said Dave had messaged him and was supportive. He said the rapper told him if he needed anything to let him know and if it got overwhelming he would be there for him.

Was Alex from Glastonbury's performance staged?

People on Twitter have been saying the video may have been a stunt, but Alex confirmed it was "100 per cent real".

Sceptics also think the 15-year-old might have been drunk on stage to which Alex said he definitely wouldn't have been able to remember the lyrics if there was any truth in those comments.

If watching that Alex fella in his bucket hat bash out Thiago Silva with Dave at Glastonbury doesn’t make you proud to be British then I don’t know what will. #Glastonbury2019

Alex from Glastonbury will never be forgotten. We stan a legend.