All good things come to an end

All the best Game of Thrones finale memes:

*Warning: Some of these Game of Thrones memes contain spoilers*

Bran when he sees the Iron Throne wide open: pic.twitter.com/oo02WHILw3

THE ONLY REUNION THAT MATTERS #GameofThrones pic.twitter.com/pi5cbZBJ2w

the two goodest boys in the realm #GameOfThrones pic.twitter.com/6KnYQc9sOz

Joffrey welcoming Cersei and Jaime in the Gates of Hell pic.twitter.com/mY4NXsAneO

The reunion of Ghost and Jon, the best part of this season#GameOfThronesFinale pic.twitter.com/Rp88gklt37

Everyone of us after bragging for years how good a series Game of Thrones is, and now having to explain this shitty finale to everyone who doesn’t watch the show #GameofThronesFinale
pic.twitter.com/qGw8rmiRDj

This was Ghost’s plan all along

SO WHO REALLY WAS AZOR AHAI IN THE END BECAUSE ARYA KILLED THE NIGHT KING BUT SHE DOESN’T FIT THE CRITERIA, WHO WAS THE YOUNGER MORE BEAUTIFUL QUEEN, WHAT WAS THE PURPOSE OF THE NIGHT KING, WHAT WAS THE POINT OF BRAN BECOMING THE THREE EYED RAVEN pic.twitter.com/lEVin01qTI

naming a dragon drogon is the most lazy thing I’ve ever heard lmao pls meet my dog, deg

Why is nobody talking about this glow up wtf #GameOfThrones pic.twitter.com/ex6W0MgPdL 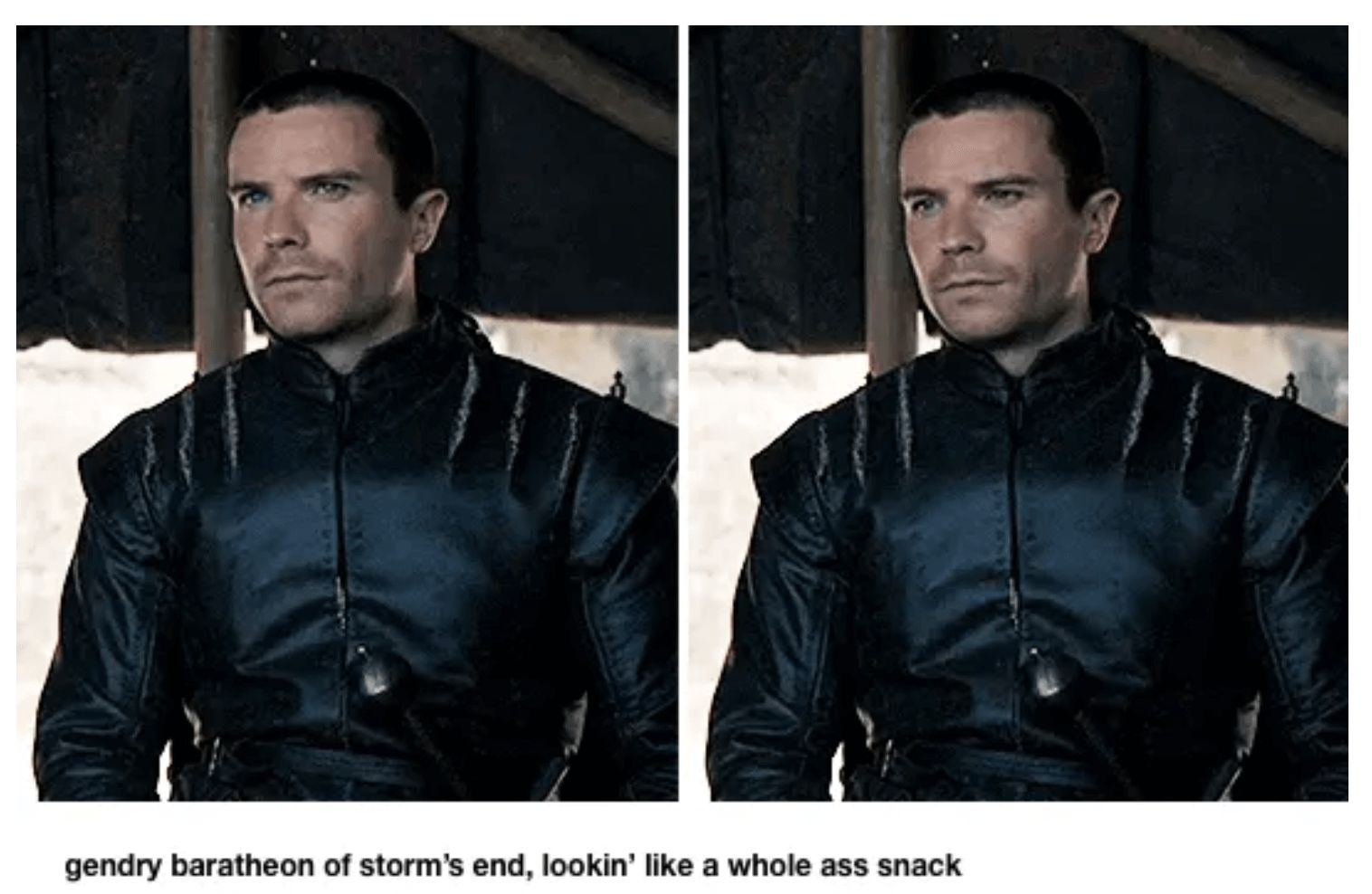 Bran watching Dany and Cersei fight for the throne knowing it was all coming to him and the end…#gameofthrones #GameOfThronesFinale pic.twitter.com/GQ6jflWHx1

Drogon lost his brothers, his mother, his house, everything because of the Iron Throne. The throne being burned by him is the most poetic thing I’ve ever seen ❤️ #GameOfThrones #Drogon pic.twitter.com/QFQjCtPTUV

Bran sat throughout #GameOfThrones doing nothing. Lied that he didn't want to be king while allowing #JonSnow , Dany and everyone else do the heavy lifting. Only for him to end up ruling. #GOTFinale#TheFinalEpisode

Bran is a politician pic.twitter.com/InFctp6RGe

This is what Bran said when he was asked who should be on the Iron Throne…#GameOfThrones pic.twitter.com/APJKfY7UW0

Tyrion: the king shall be Bran the Broken

Tyrion: Bran the busted up

When you do absolutely nothing during a group project and Get an A. #GameOfThrones
مرده خور عوضی! pic.twitter.com/TCQWoaT3jL

Sansa in front of absolutely everyone: “Bran’s dick doesn’t work.”

bran is literally that classmate who didn't do shit in a group project but still ended up taking all the credit#GameOfThronesFinale pic.twitter.com/1dH7FhRI3b

THE LAST SHOT OF ARYA LOOKING PROUD OF SANSA FOR STANDING UP AND SECURING THEIR INDEPENDENCE I'M GONNA CRY pic.twitter.com/DTMAZfI2x5

People coming back to Kings Landing from vacation in Dorne pic.twitter.com/Lla3zZdHNT

sansa stark outliving all of her abusers is my aesthetic. pic.twitter.com/wSeqNQ7C3T

Sansa, Arya, Davos, Grey Worm, Brienne, Yara, Robin Arryn, the cockroach crawling across the floor etc. when Tyrion said ‘No one has a better story than Bran Stark’ – pic.twitter.com/4w9oTwXTfp

“He said Brienne of Tarth had the bombest pussy”” pic.twitter.com/vx5po0d6Bv 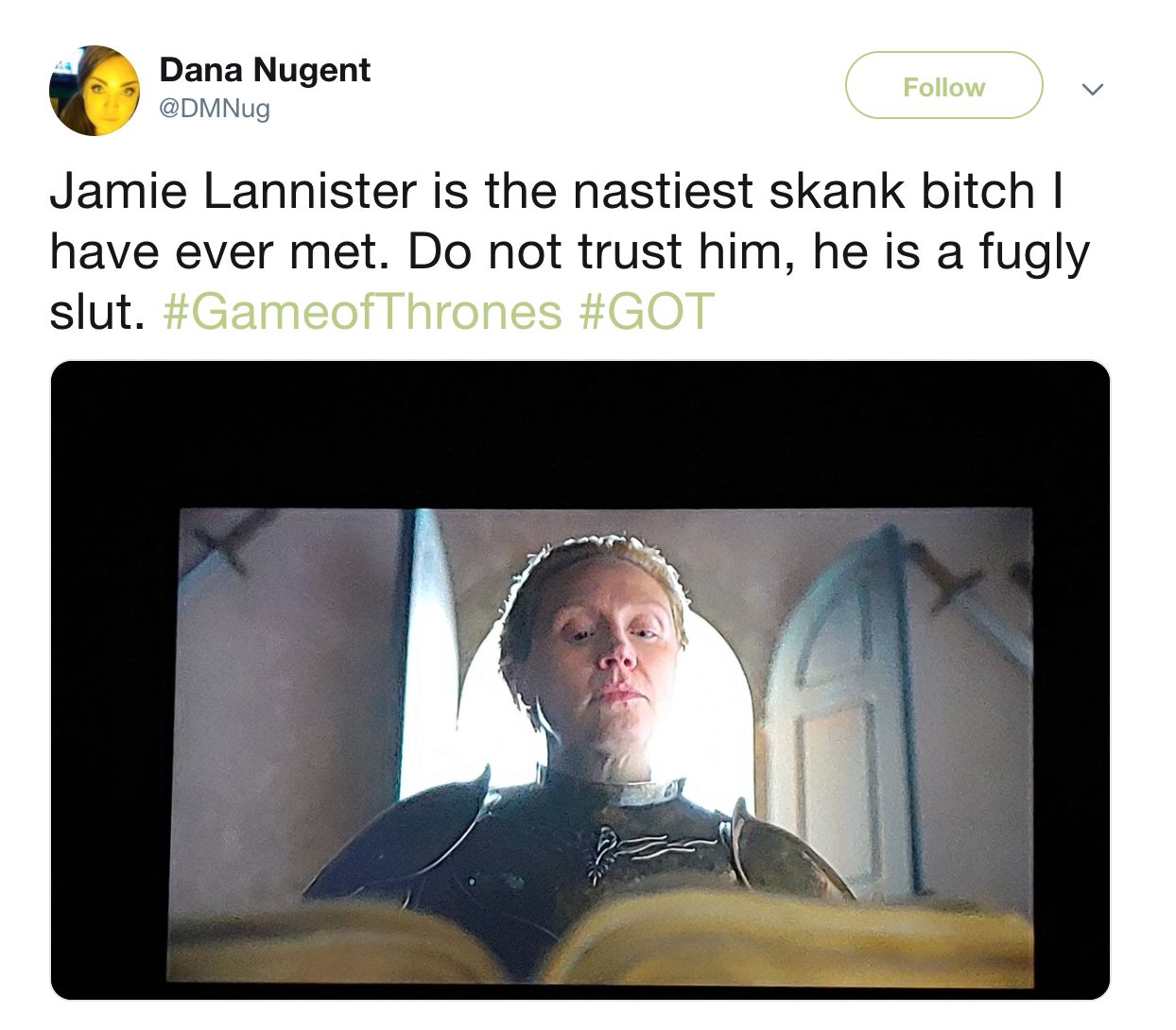 drogon unemployed now u hate to see it

Drogon: the sight of this accursed thing sickens me. This throne stands as a symbol of the oppression of the proliteriat, and as long as people seek it, this world will never know peace. Dragon fire can't melt steel beams, but on my honor, I shall liquefy this sham

Daenerys wanted to break the wheel but instead she got replaced by two of them #gameofthrones #TheFinalEpisode pic.twitter.com/5rUA8zxy3U

Tyrion: You don’t want to be lord of Winterfell?

Tyrion: You want to be King of the whole shit?

Bran: Shiiiit what you think I wheeled over here for my G! Where the Throne at?

#GameOfThrones #GameOfThronesFinale
Drogon destroying the iron throne because he knew King Bran got his own seat. pic.twitter.com/qU0dDDOGgI

the northern girl. winterfell's daughter. she really outlived all of those who underestimated her and is ruling the north, being loved and respected by her people, may i say i'm proud pic.twitter.com/luL3jYh4Nl

I wish the Night King would have just killed everybody

foreshadowing how the plot would spiral down the drain like dirty bath water https://t.co/92kYk6Hv74

Drogon received best character development in this finale—exercising judgement when experiencing blinding anger and grief, destroying the symbol of power and the very source of evil, and choosing to mourn in solitude, now brotherless and motherless. #GameofThrones pic.twitter.com/gIZ1a2101c

sansa @ all her haters after outliving all her abusers, getting the north's independence and being crowned the queen in the north #GameOfThrones #SansaStark #SansaHive pic.twitter.com/x2D5RICoBo

And to end the Game of Thrones finale with the best part of the entire season:

just here for the memes

What do I do now that Game of Thrones is over?

All eight seasons of Game of Thrones have drawn to an end, but there is still a documentary about the show to be released. The full length documentary, Game of Thrones: The Last Watch, will be two hours long, and released a week after season eight finishes.

It will be a behind the scenes look at how the series was made, watching the crew and cast as they go through production. It's basically the final goodbye everyone wants, and needs.

As well as the documentary, there is a Game of Thrones prequel in the works. HBO reportedly has at least three spin-off series in the works, based on the George R.R. Martin books. These will start with a prequel series that has reportedly already started filming and could air sometime in 2020.

• A water bottle was left in a Game of Thrones finale scene!!