Grime, Dark Fruits and ketamine: How the kids of Reading Festival have changed since 2012

You've just found out you scraped a B in Maths GCSE, Two Door Cinema Club have taken to the stage. You're bopping along to "What You Know" sipping on a lukewarm cider. The Kooks are still massive. Everyone has a fringe to hide their spotty face. Life is good. This is Reading Festival 2012, and this is as good as it gets.

But six years is a long time, isn't it? The Tories are back in power, Snapchat has officially sucked the fun out of everything, and no one listens to bands anymore.

So what are the kids who go to Reading in 2018 like? What can they tell us about 18 year olds today? Do they dress as badly as we did? What do they drink? What drugs are they huffing and in what quantities We went along to Reading Festival 2018 to meet them and find out.

Then: Bad haircuts and worse clothes. Three button multi-coloured Topman t-shirts were your go to items in your wardrobe. Foster The People were the most culturally relevant act on the bill and warbling vocals filled with vowels and indecipherable lyrics.

#TBT to my first and possibly most favourite festival ? #Reading2012 #SpicyCousCous #Escapé #RolePlay

Now: Someone tells me you now only really get two types of boy – charity shop boys and cul-de-sac roadmen. The charity shop boys are at this year's festival to see The Kooks, Courteeners, The Vaccines and Kings of Leon. The cul-de-sac roadmen have come from Surrey via the Nike shop on Oxford Street to point their gun fingers at Krept and Konan, and are dressed uniformly in sportswear, usually all black.

Girls now take so much more care with their festival appearance

Then: Girls didn't care what they looked like, if they were wearing makeup it was Kohl eyeliner. Denim shorts, crop tops, face paint, bandanas, wellies, fun bum bags. 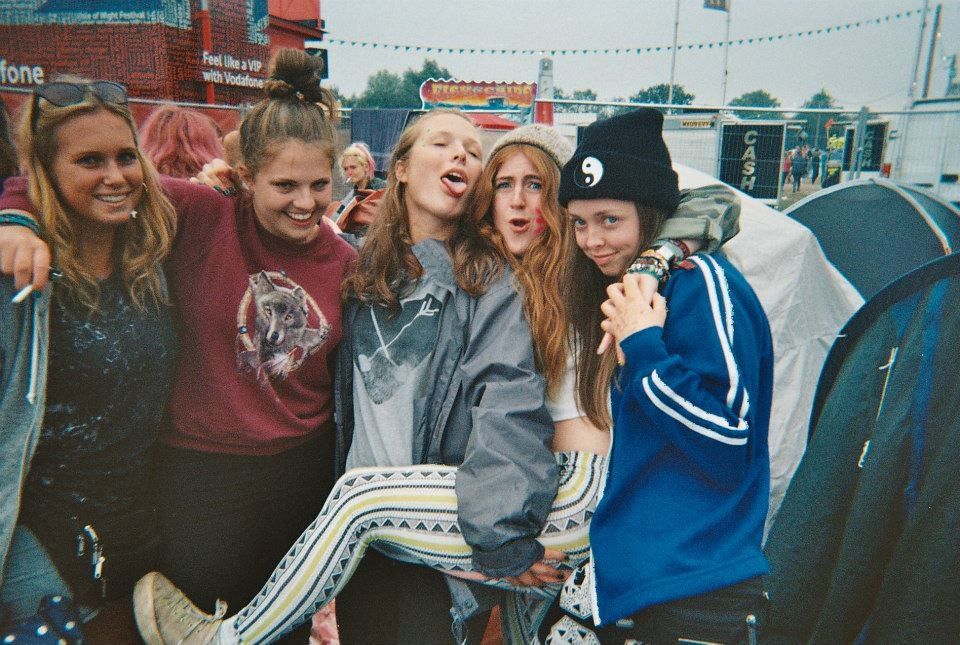 They still drink cider, but with a twist!

Then: Normal Strongbow (the horror).

Then: You'd have a spare, shit phone you'd bring with you to the festival just so you could make sure you'd be able to meet up with your mates after you lost each other watching The Wombats.

You wouldn't have wanted to risk bringing your new iPhone along, and if you did it had run out of battery on the first day, and only the most boujee of kids would waste their money paying to put theirs in a charging locker for eight hours. 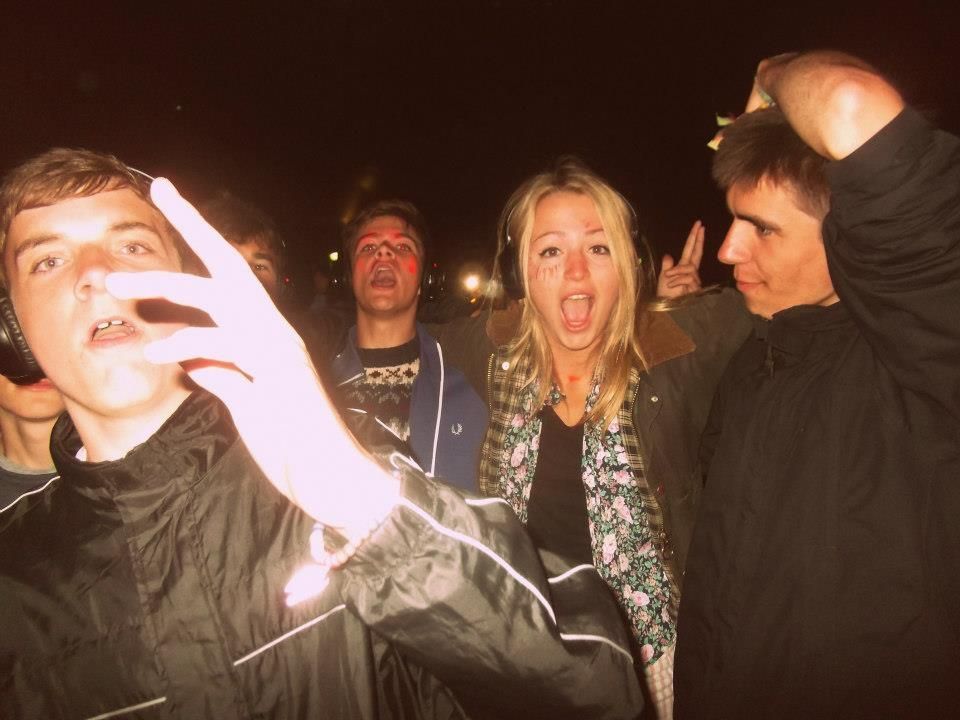 Now: Keeping your Instagram and Snapchat updated throughout the weekend is a must, so not only are you risking fucking up your £800 iPhone, you'll also need to lug around a battery pack so you never run out of charges.

Kids these days communicate exclusively on Snapchat, as in, they will use it in place of texting. It's mad. I don't get it.

Skip to 1:30 in Big Shaq's performance of Man's Not Hot to see the most accurate representation of what's it like to be in your late teens in 2018.

The camera focuses in on a girl in the crowd balancing on someone's shoulders. Her outstretched arms grasp her phone, she's yelling "oi oiiiiiii" at her Snapchat followers and hanging on for dear life as the beat drops. 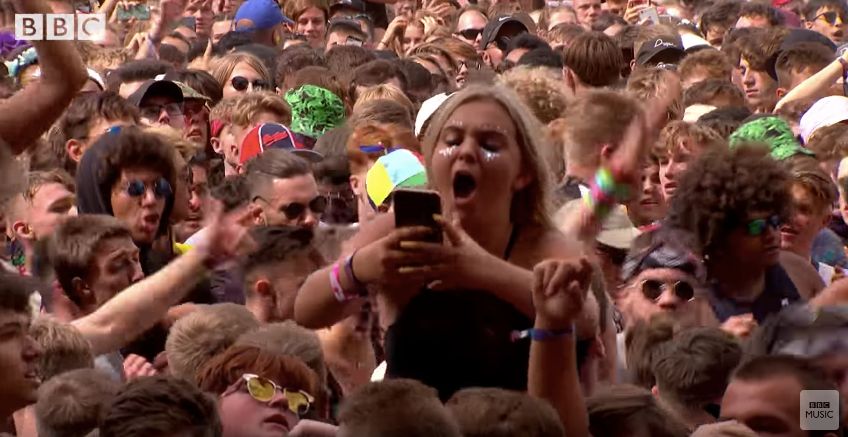 Then: It was still the age of guitar music. The Black Keys, Two Door, Bullet For My Valentine, You Me At Six. Crystal Castles also performed, what a time to be alive. 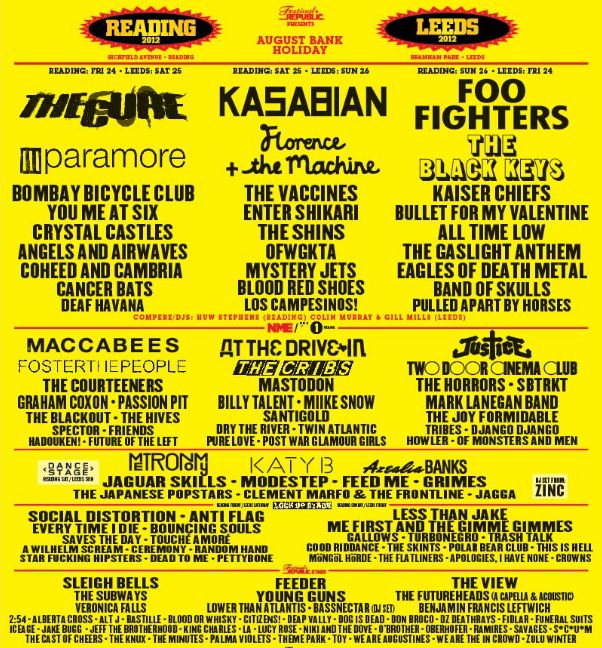 Now: A few bands of the 2012 era survive, with The Kooks AND The Wombats appearing on the main stage. But now there's also a lot of grime and hip hop. Travis Scott appears near the top of the bill and Kendrick Lamar headlines the Saturday night. 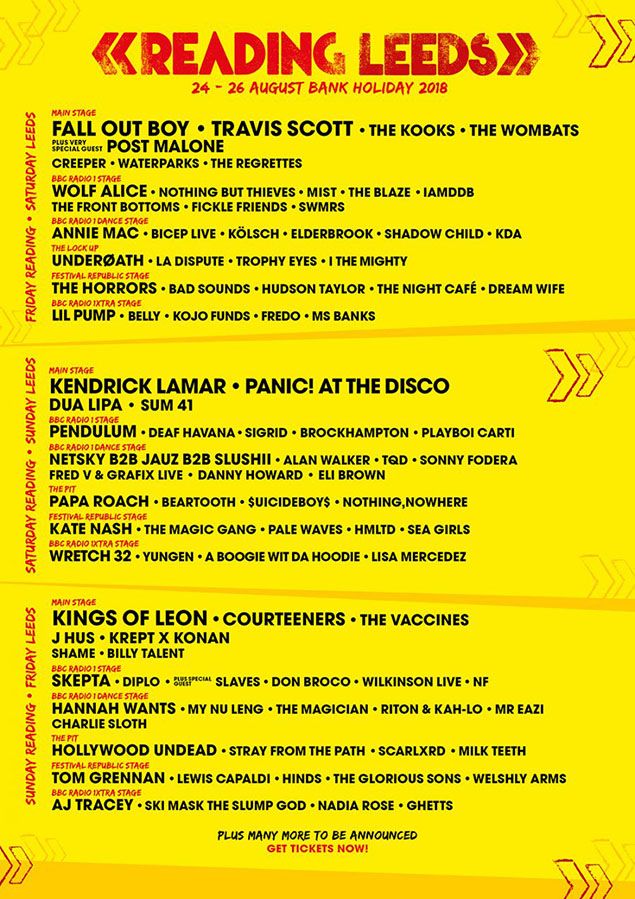 They now mosh to anything and everything

Then: Moshing, surely one of the most expressive forms of interpretative dance the world has ever seen, used to be the spiritual home of people who solely enjoyed heavy metal.

Now: At some point, moshing transcended grubby, long-haired metalheads swigging from cans of Monster and entered the mainstream.

In 2018, kids, predominantly guys, mosh to everything, according to one group of girls. Kendrick Lamar, Skepta, Travis Scott, Lil Pump. Anything will do. 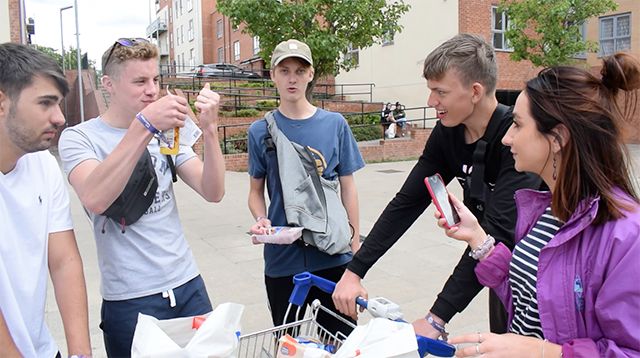 Ben, 18, lifts his arms up, elbows pointing slightly out showing us how you mosh, while Richard tells us that his friend broke his finger moshing just a few minutes ago. It's only just gone midday, but the explanation is two words long: "Big Shaq".

There are more drugs, and a weirdly large amount of creatine?

Then: A lot of huffing of marijuana cigarettes. Although if you've paid £200 to get The Cure, Kasabian and Foo Fighters as your headliner you might have wished something stronger was available.

Now: Despite younger generations statistically being less into drink and drugs, judging by a picture tweeted by Leeds Festival they still like to have a medium-to-large amount of fun.

Judging by the police's 2018 haul, ketamine seems to be way more popular than coke, and weirdly a large amount of creatine was confiscated. Usually used by gym keenos to build muscle, we assume people were selling it passing it off as cocaine or ketamine.

The drug haul from Leeds, I just wanna know which meatheads are sneaking creatine into festivals?? pic.twitter.com/eiyMaL3zoN

Now meet the kids of Reading 2018, talking about drinking, moshing and how to pull:

The kids of Reading 2018 on drinking, moshing and how to pull

Introducing the kids of Reading 2018 and they are MESSY DRUNK