What is ‘The Fear’: The anxious feeling you get the morning after drinking alcohol

The Fear is when you wake up from drinking and have this overwhelming feeling that you've done something wrong the night before.

You're not quite sure what you've done, but The Fear makes you believe you've offended someone, acted out of turn, or even that you're going to die. The Fear is the feeling you get when you're genuinely terrified to look at your phone after waking up to see if anyone's text you saying "do you remember what you did last night??"

What is The Fear?

The Fear is a type of low-level anxiety, but it goes beyond thinking you've made a few faux pas here and there. Instead, it's the sense that whatever you did last night is irreversible and has "lasting damage", according to Urban Dictionary.

Urban Dictionary define 'The Fear' and its symptoms as:

– A sense that people or organisations are out to get you

– Angst that you may have offended, inappropriately touched or physically attacked someone the night before

– Foreboding about the next time you meet the people or return to the bar where you degraded yourself the previous night. 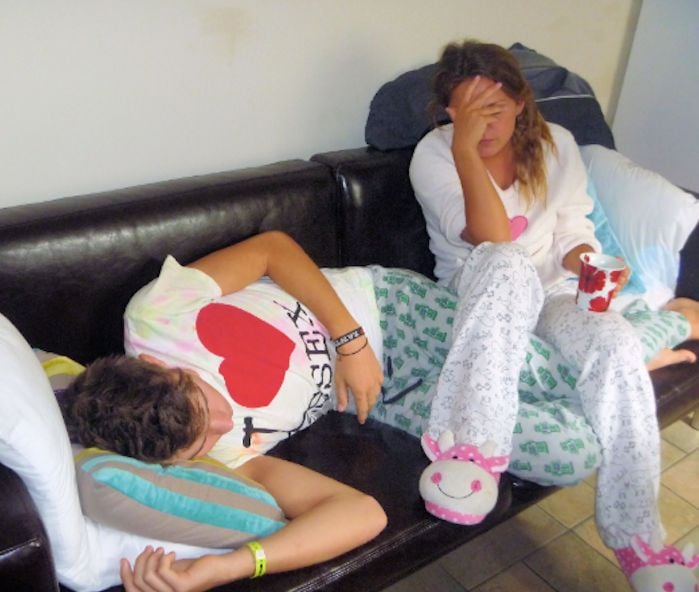 They've got The Fear

Alice, who often gets The Fear after drinking prosecco, said: "I always have this weird anxiety when I wake up after drinking, more so after I've drank prosecco. I'm convinced I need to apologise to someone or made an embarrassment of myself, leaving a bad impression on whoever was around me.

"It genuinely feels like a fear – it's so hard to shift. The Fear makes me feel nervous and agitated, even though I haven't actually done anything wrong."

Why do we get The Fear?

The Fear is all about anxiety, and drinking alcohol can bring on anxiety in multiple ways due to how booze impacts the neurotransmitters in our brains. Our serotonin drops, meaning we are more prone to disruptive sleep and low mood. Dehydration, low blood sugar and generally just having one too many the night before all lend a hand to bringing on The Fear.

It's possible The Fear manifests after you've had a blackout – where you literally have no recollection as to what you did the night before.

It can also depend on what you drink. Prosecco has become a big cause of drinking anxiety. Due to everyone getting on the seccy hype, cheaper prosecco is being manufactured with all kinds of chemicals in them. Champagne and prosecco are also absorbed faster than other alcohol, meaning you're more likely to have a bad hangover which can bring on The Fear. 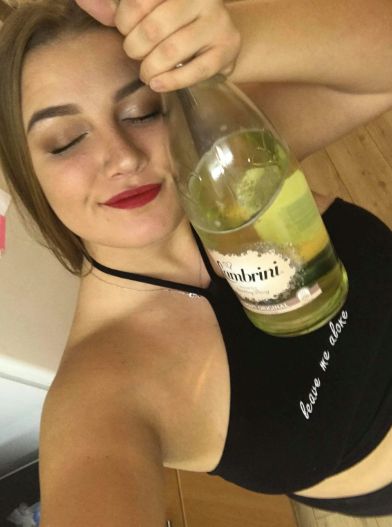 Deff gonna get the Fear from 'Brini

The Fear isn't exclusive to drinking, and can come on after taking drugs. Drug reform expert Dr. Doris Payer explained in this Tab article on why The Fear is the worst part of a night out that comedowns can induce feelings of anxiety, which can evolve into The Fear.

She said: “The sense I have about comedowns is that what goes up must come down. Whatever you take the drug to feel like, on the comedown you’re going to feel the opposite. You’re moving back towards normalcy and maybe overshooting it somewhat.

“People can get paranoid and anxious on the comedown from these drugs. It’s because the drugs affect brain chemicals that are responsible for things like emotion and motivation. You throw those into imbalance with any drug that you take.”

How to get over The Fear

The most obvious way is to not drink – but no one is going to do that. Easy ways to try and limit your chances of The Fear and any hangover anxiety are:

2) Make sure you've eaten before drinking

4) And finally, don't drink too much

Quiz: Are you more Elle or Chloe from The Kissing Booth 2?

There’s no in between